Bern Day 58 – Chateaus, Views, and Brews (from Montreux to Bern)

Day 58 – Chateaus, Views, and Brews (from Montreux to Bern)

A cool breeze swept gracefully across my weary eyes as I rolled out of bed, trying to stay as quiet as possible. As I started to recognize my surrounds, I suddenly realized–I did NOT have to monitor my noise level, as I did not have hostelmates–I had treated myself to a night at a hotel! For the first time in almost 2 months, I could take full advantage of my own private, clean shower. As it turns out, you never realize that you have until you’ve lost it.

Anyways, after living like a “king” relative to my former hosteling, I took a long stroll down the lakefront to the Chateau! 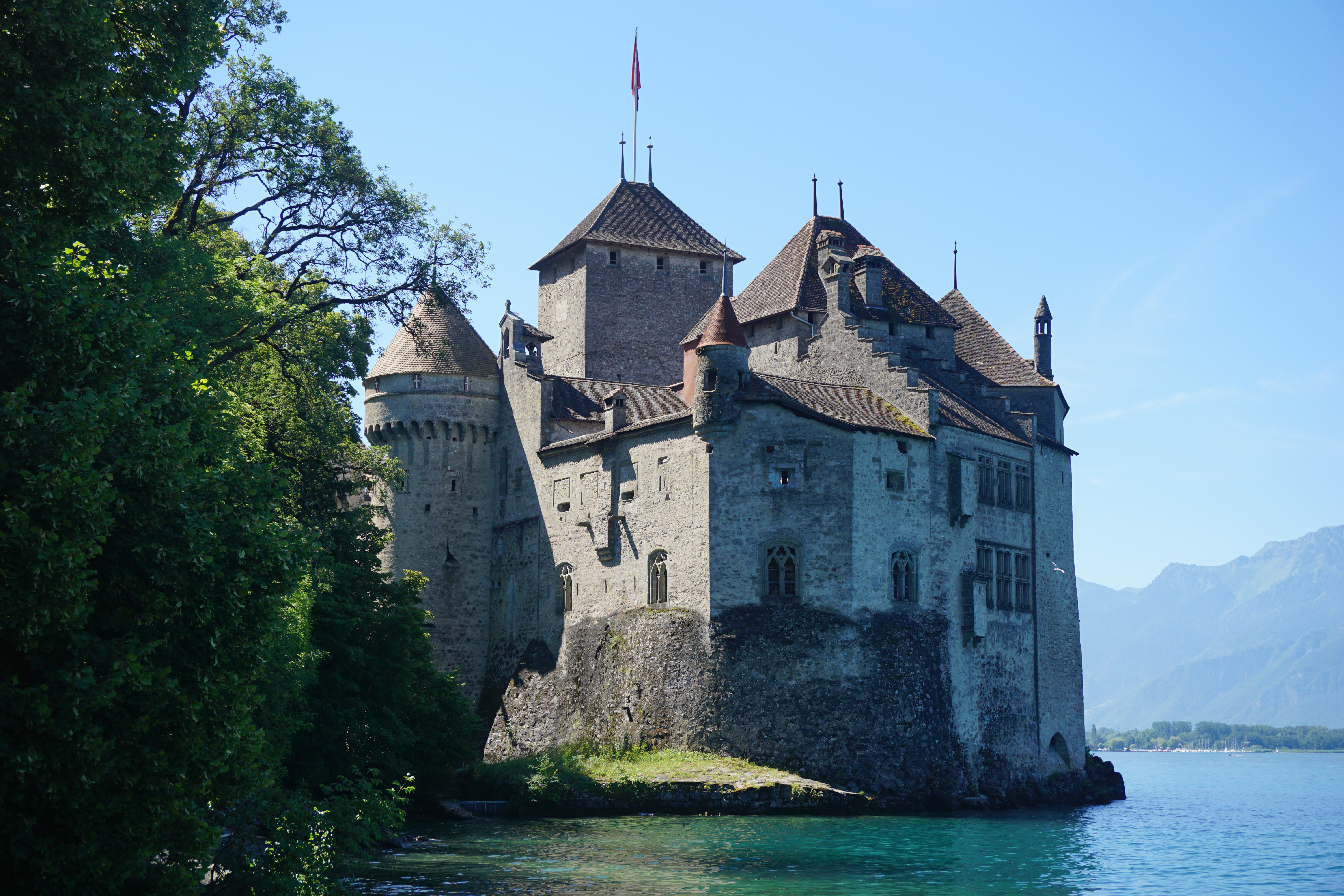 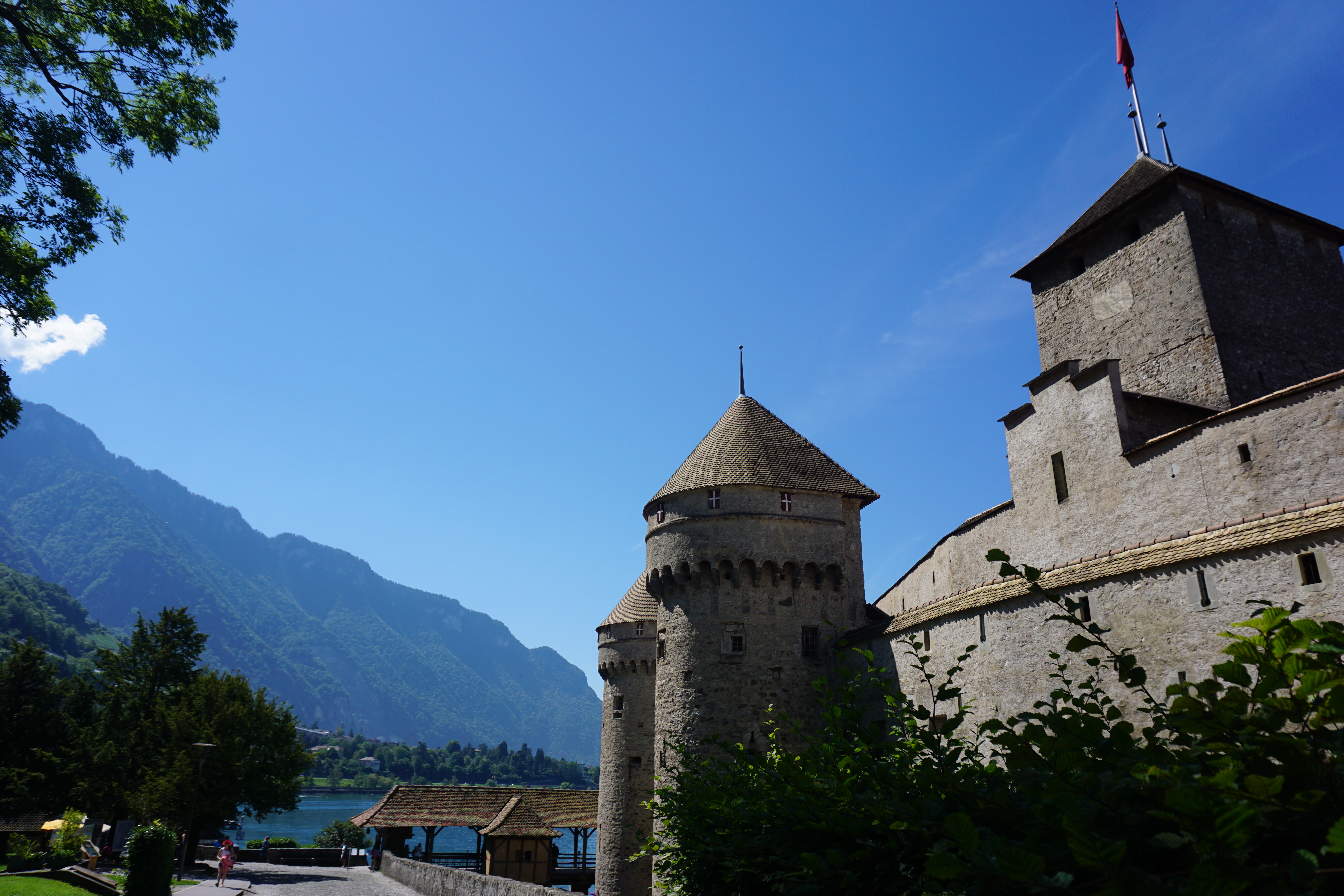 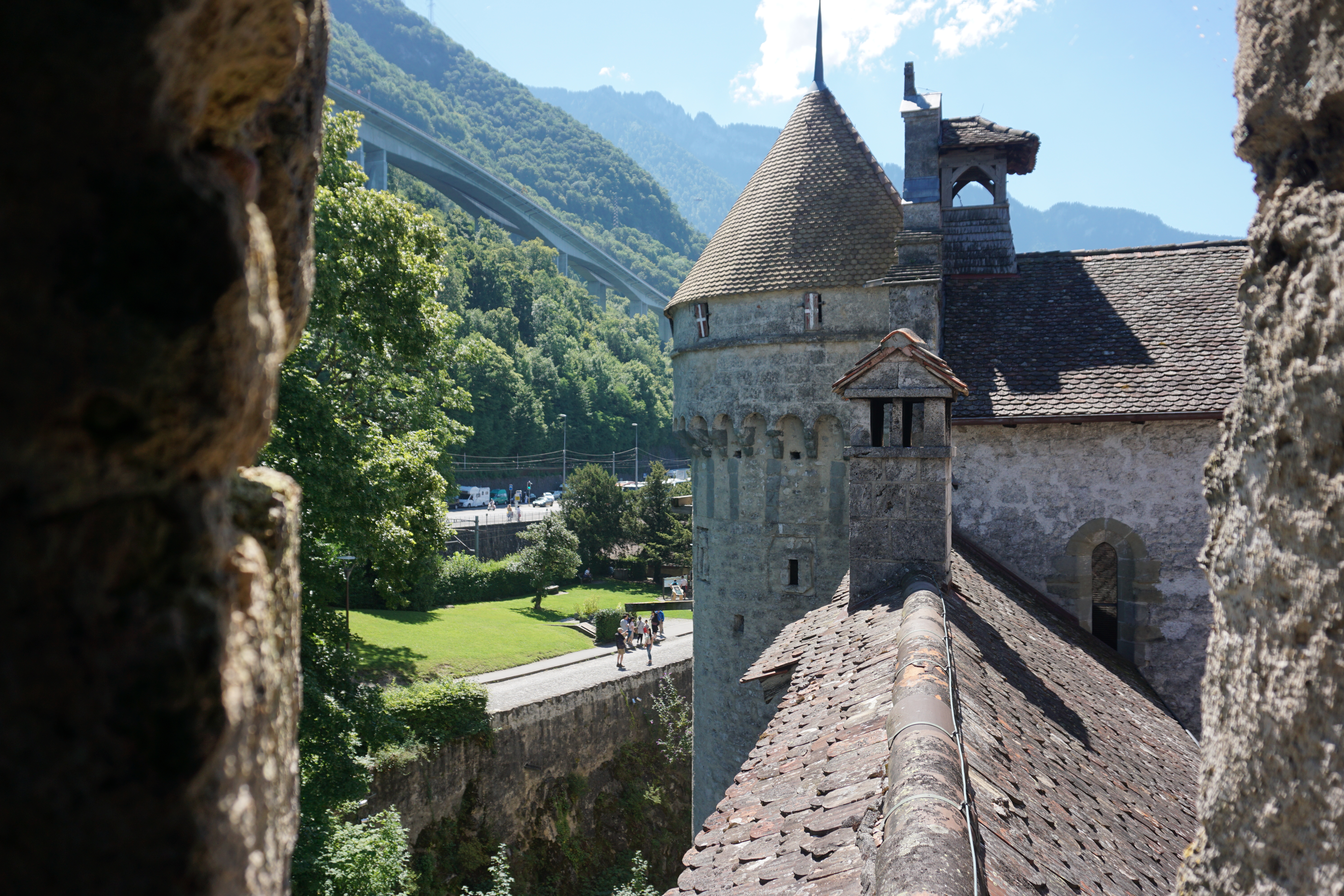 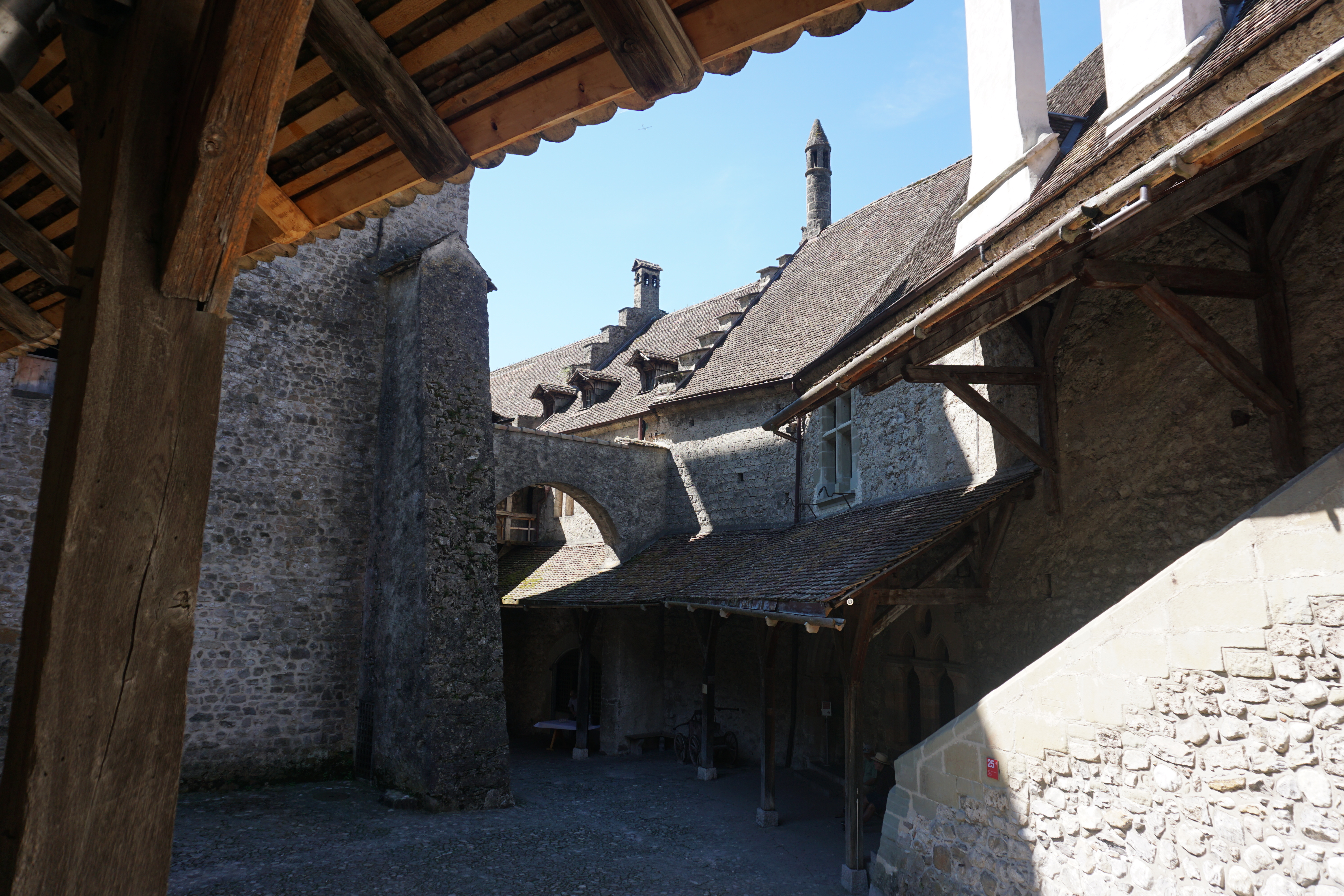 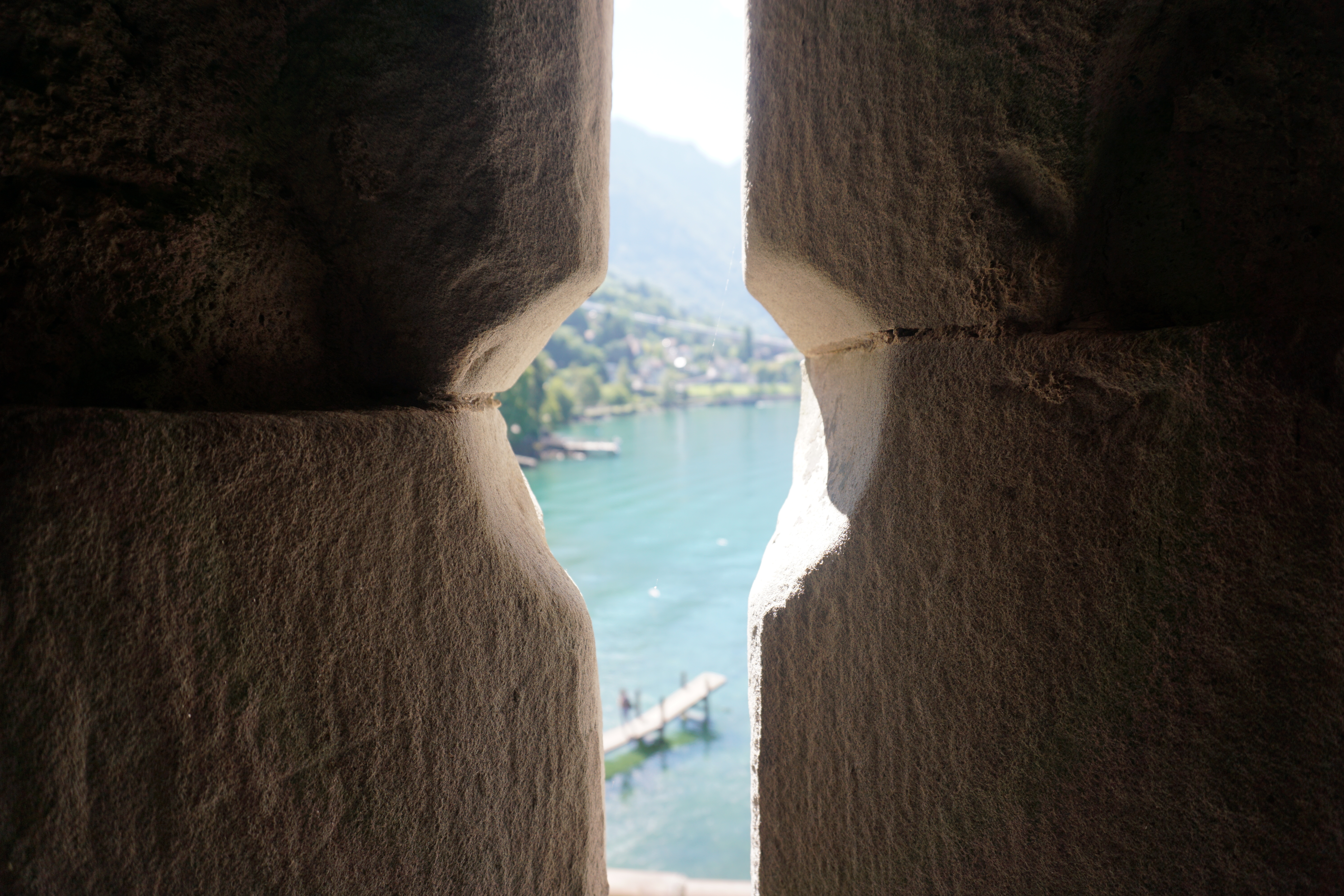 Oddly enough the chateau also featured many works of art as a new exhibition: 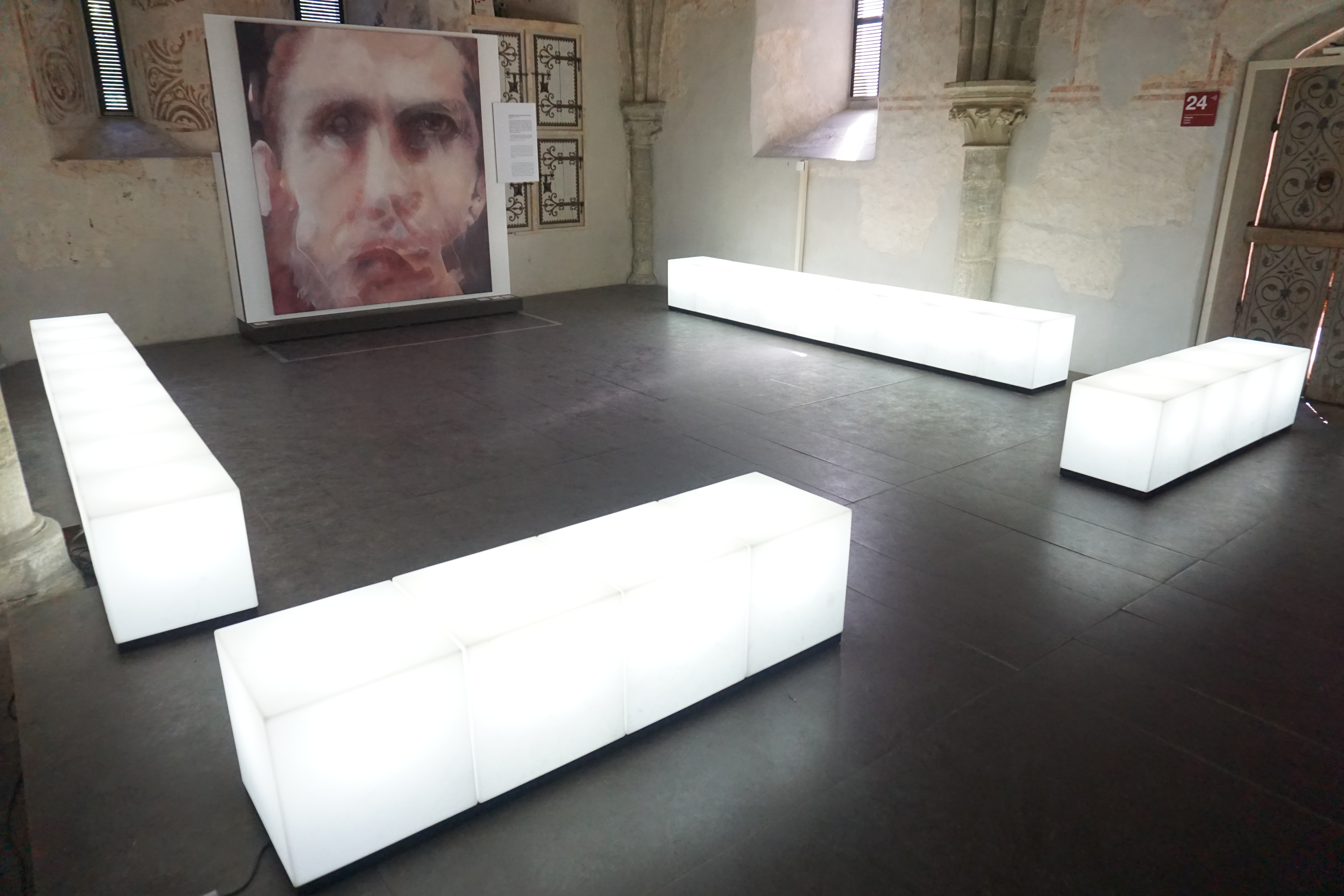 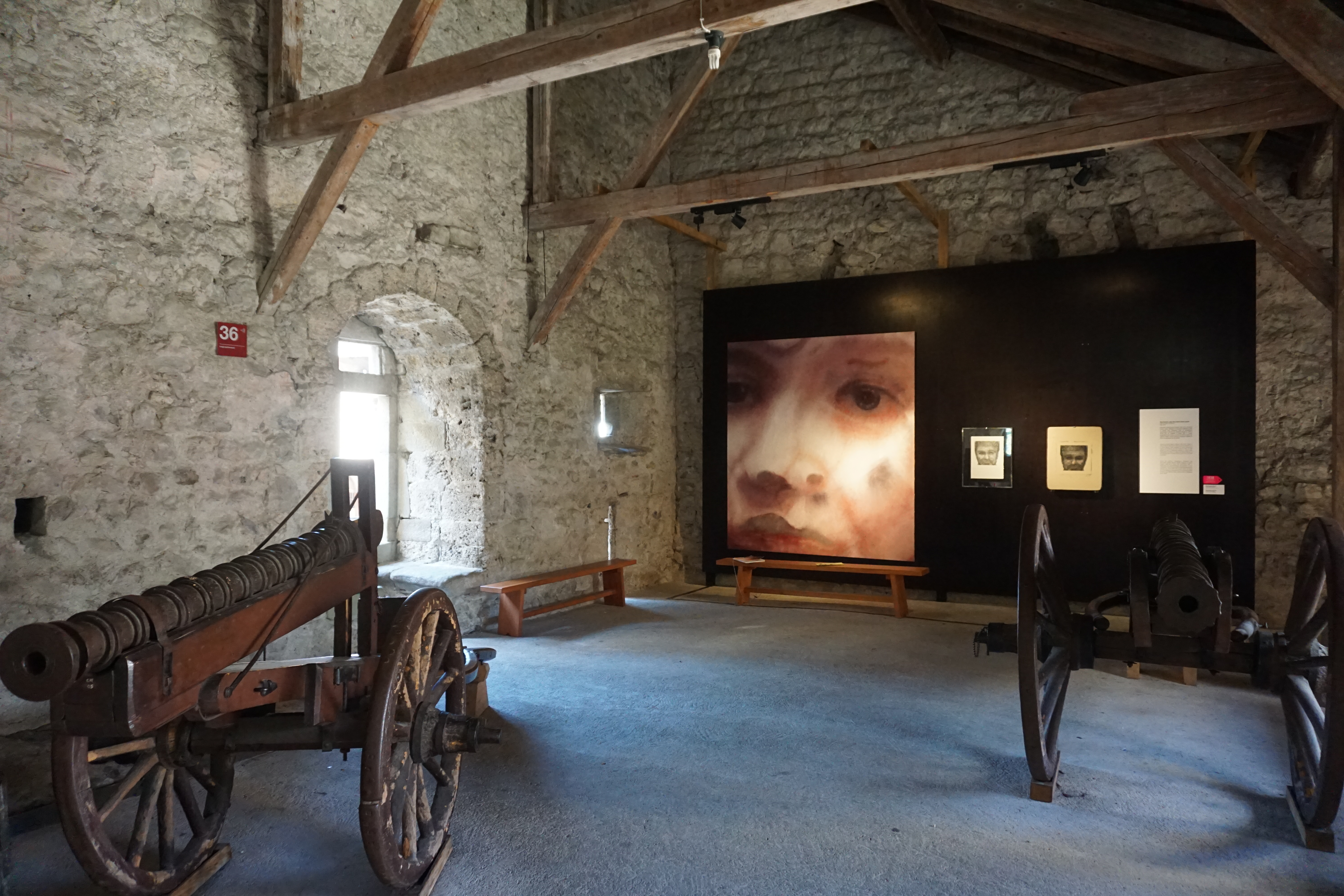 Rooms fit for a king, no doubt: 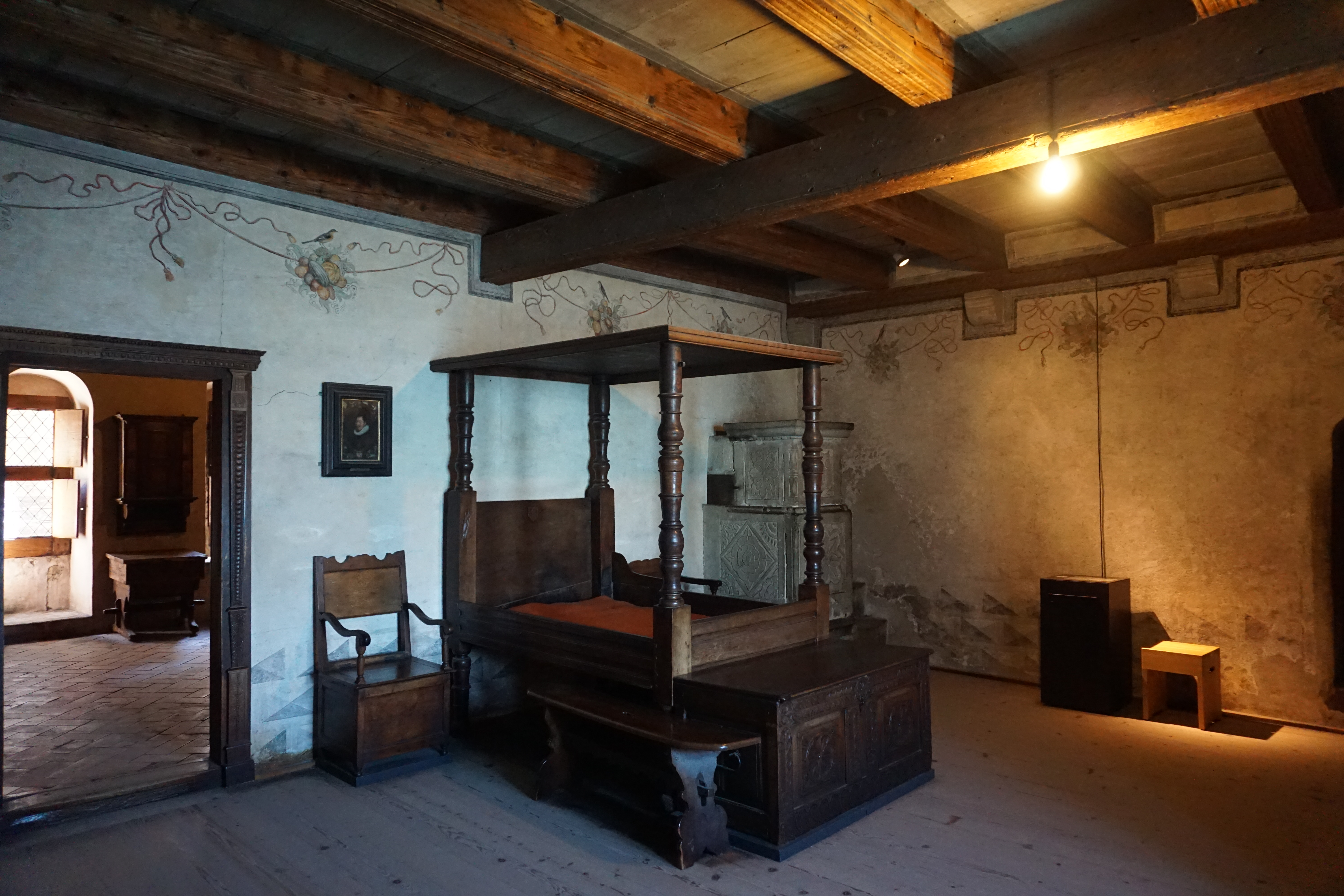 …and an enchanting view to boot! 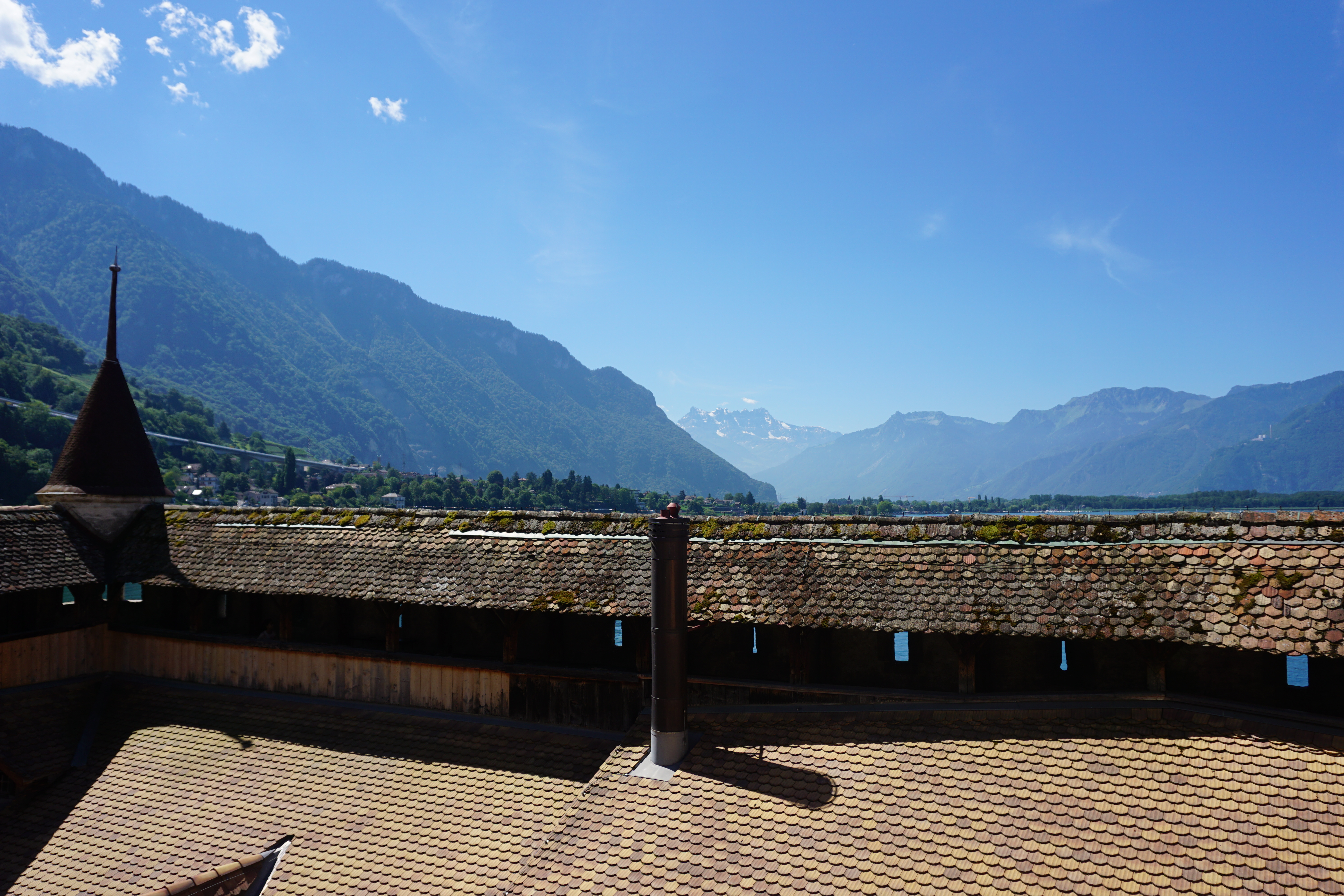 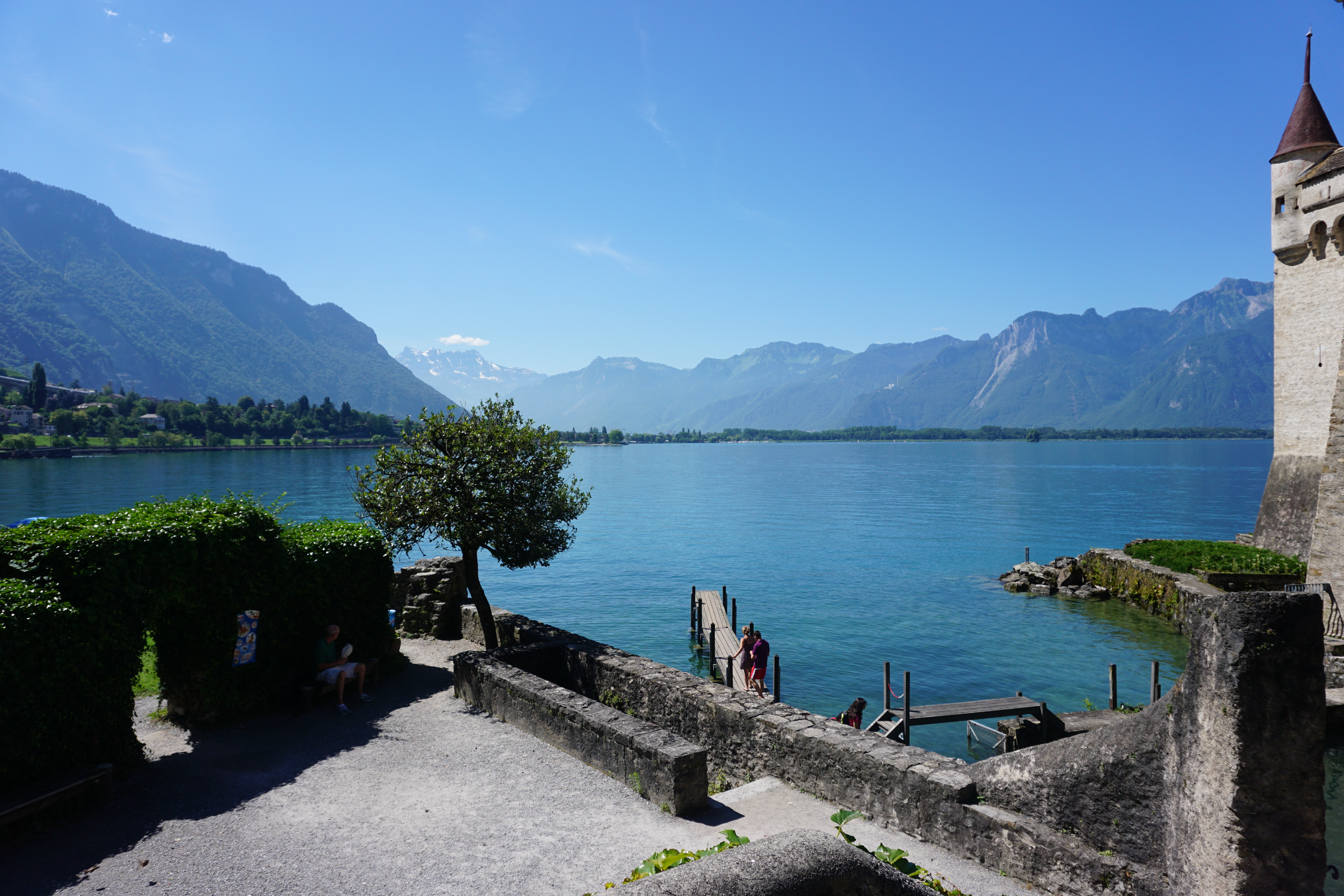 Can I retire here?! 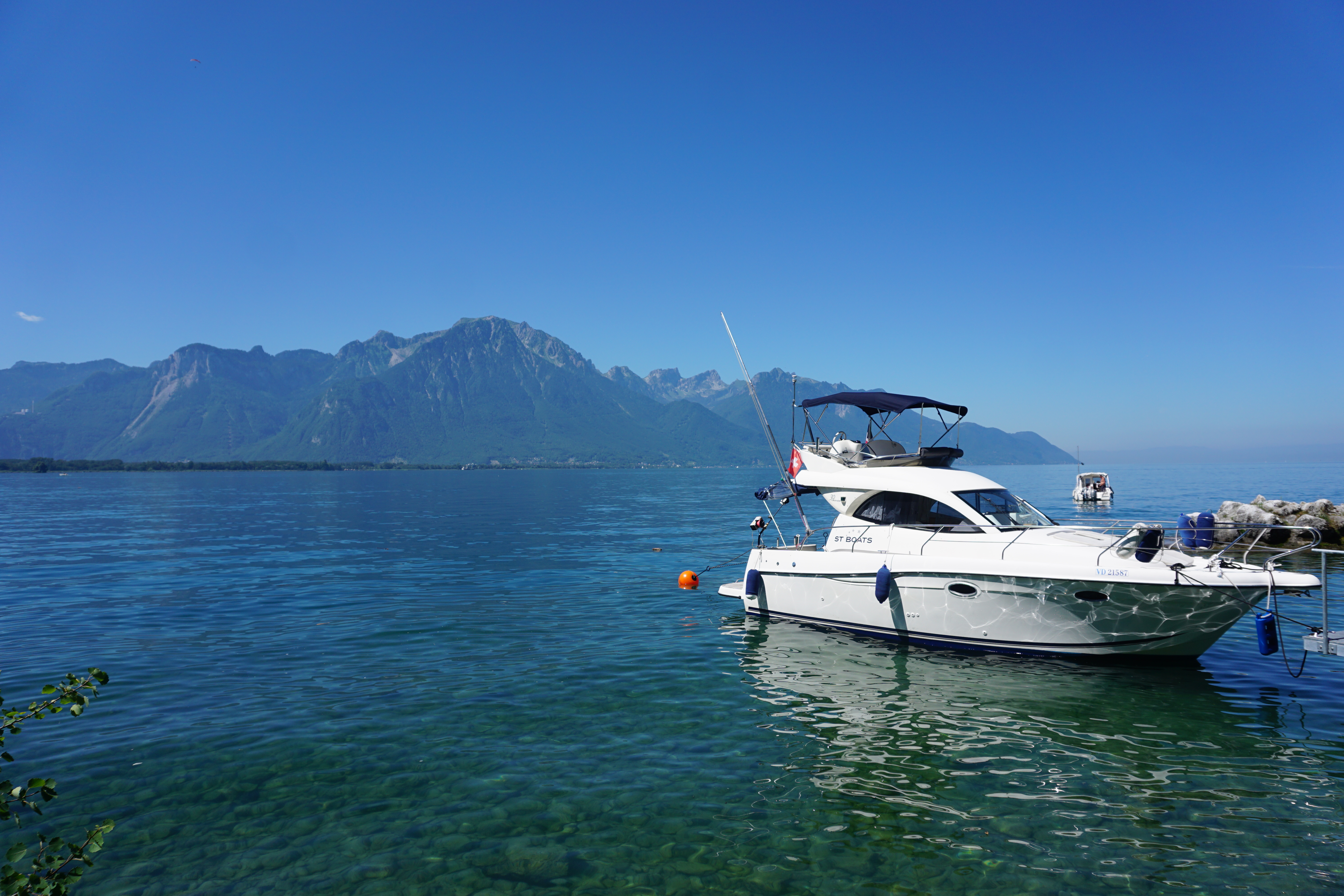 Touring completed for the morning, I took the bus to the main train terminal. With twenty-five minutes to kill, I downed a local beer and grabbed a cheap blonde for the trip. First stop, Lausanne for a quick lunch: 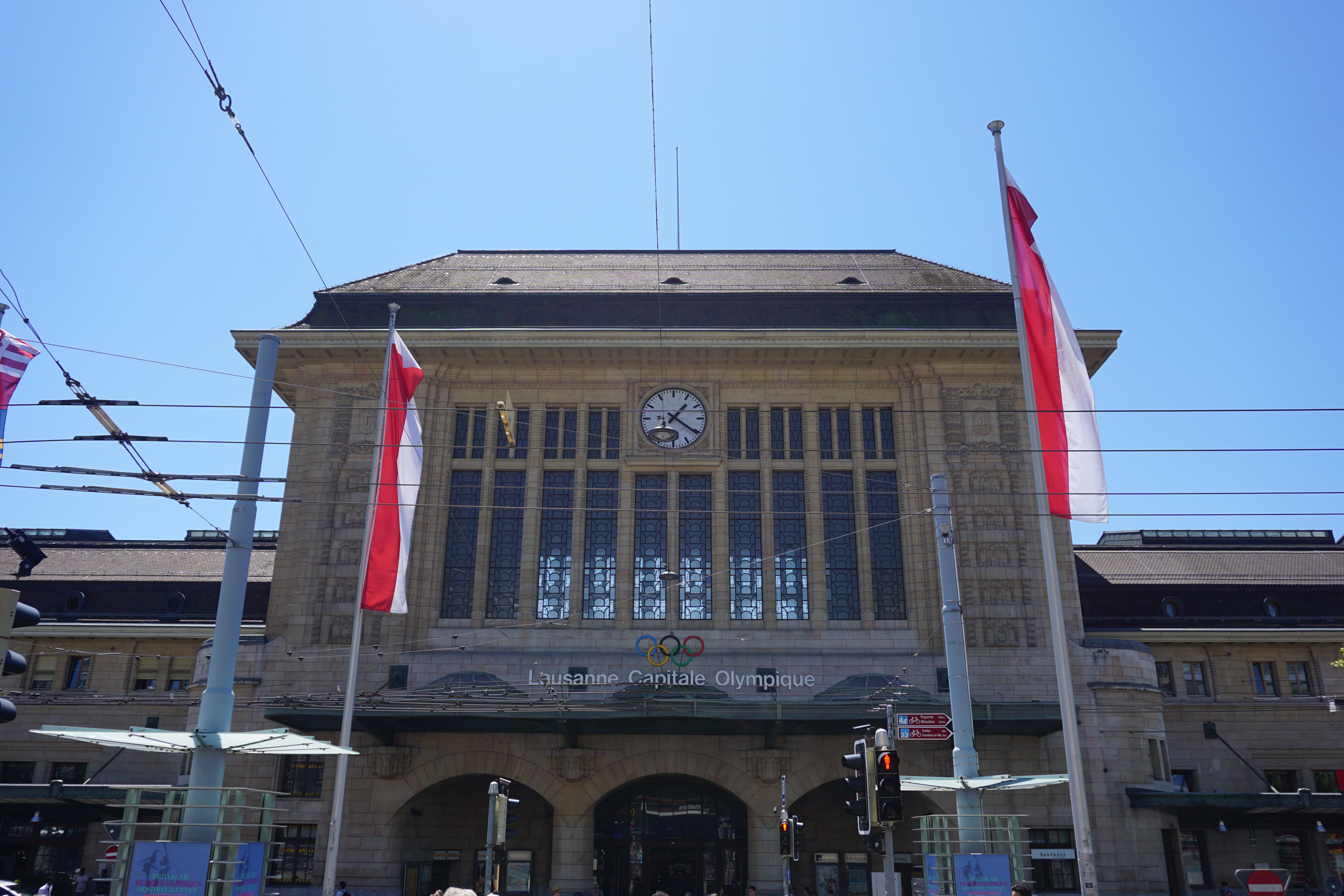 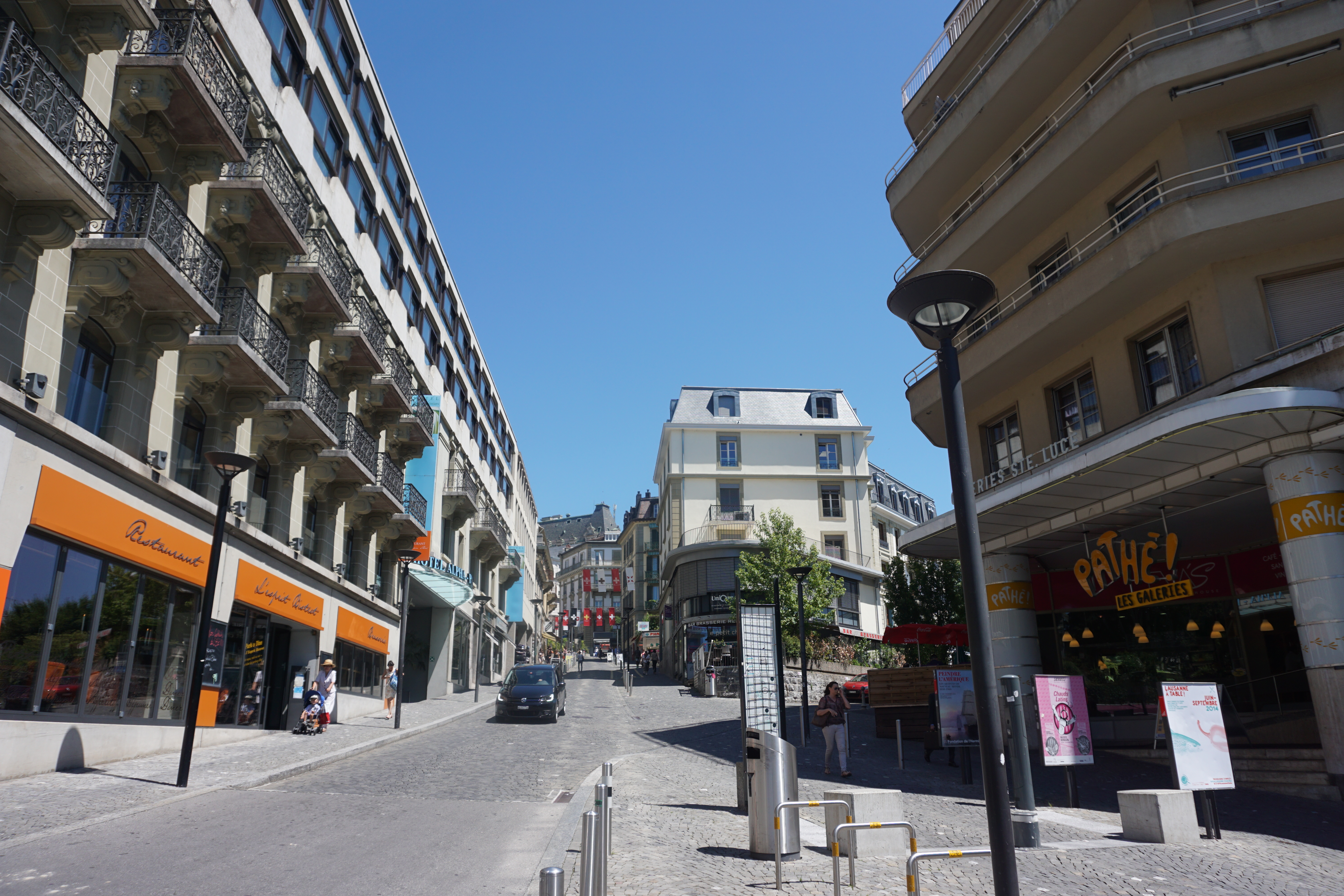 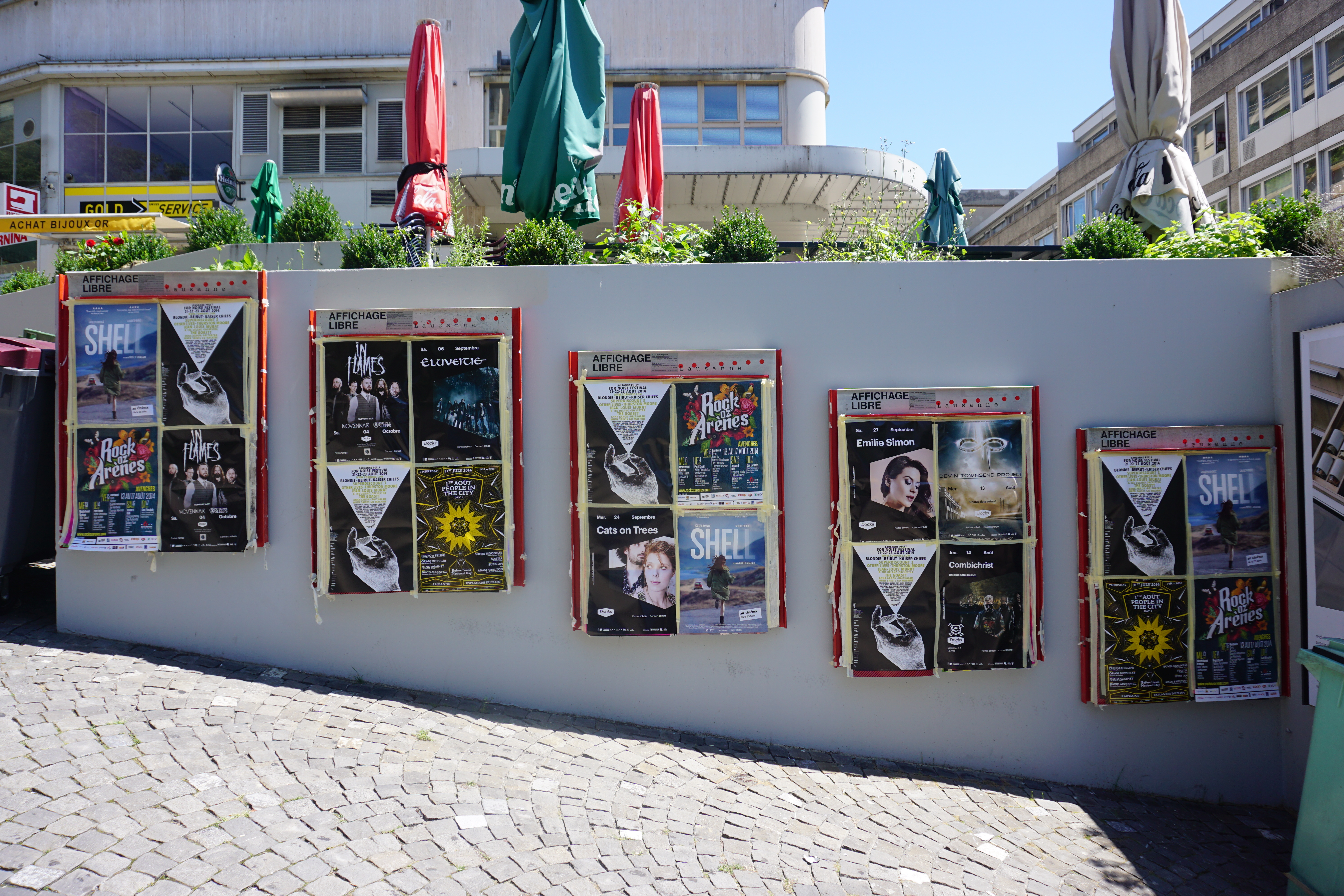 An hour or so later and I busted out the doors in Bern. I forgot to GPS screenshot directions to the hostel and could not get on the train station WiFi (as it did not work with SMS’s to US numbers). Luckily, Google read my email or something and had a marker at what I could only assume was my hostel. After walking twelve minutes towards this marker, I had arrived. I unloaded my gear and chatted a bit with one of my new hostelmates–he had gone to Gurtenfestival 15 years in a row! I explained that I only had a ticket for the following day and that I wished to simply enjoy the weather in Bern on a lovely Thursday eve. 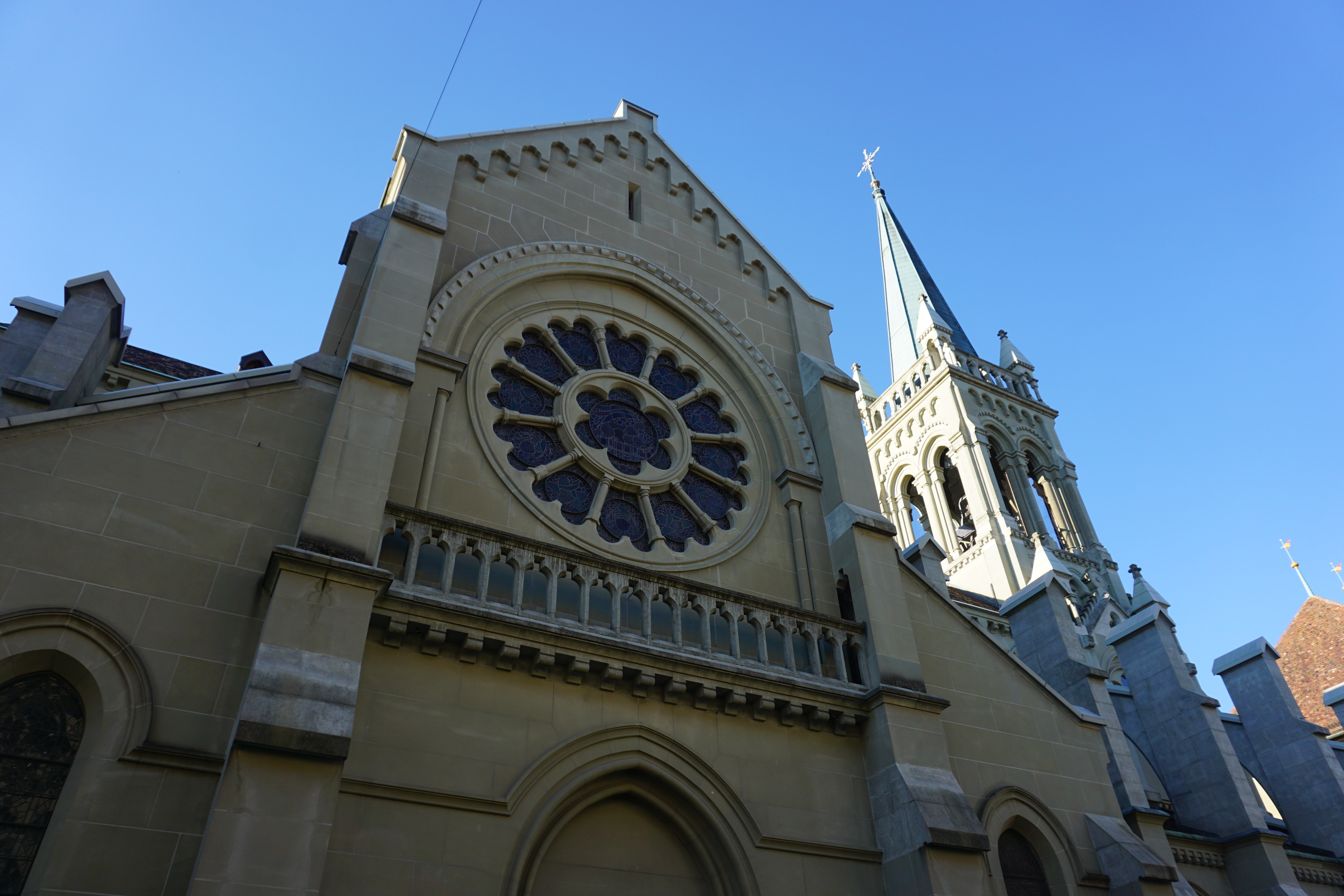 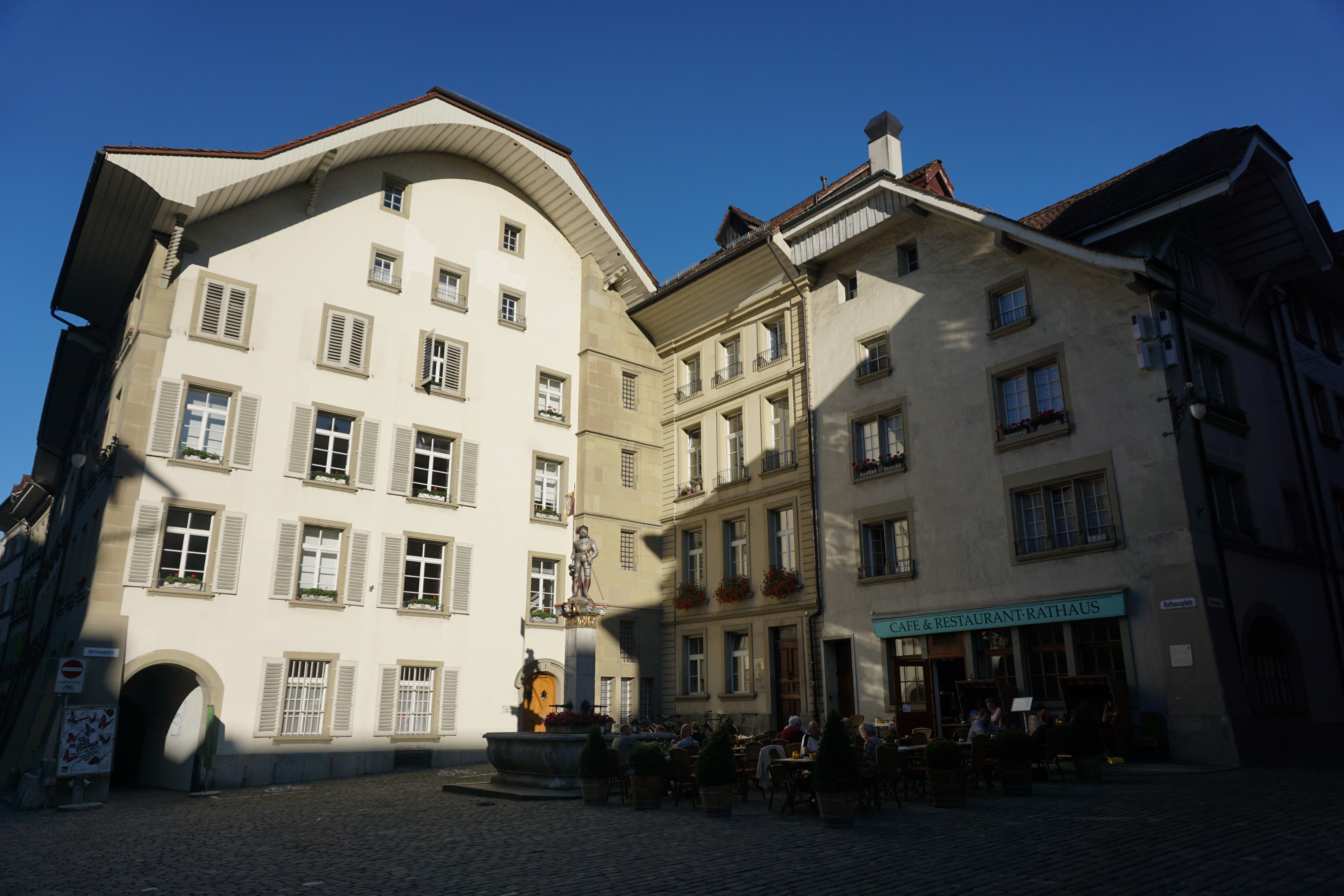 Look at those curves! 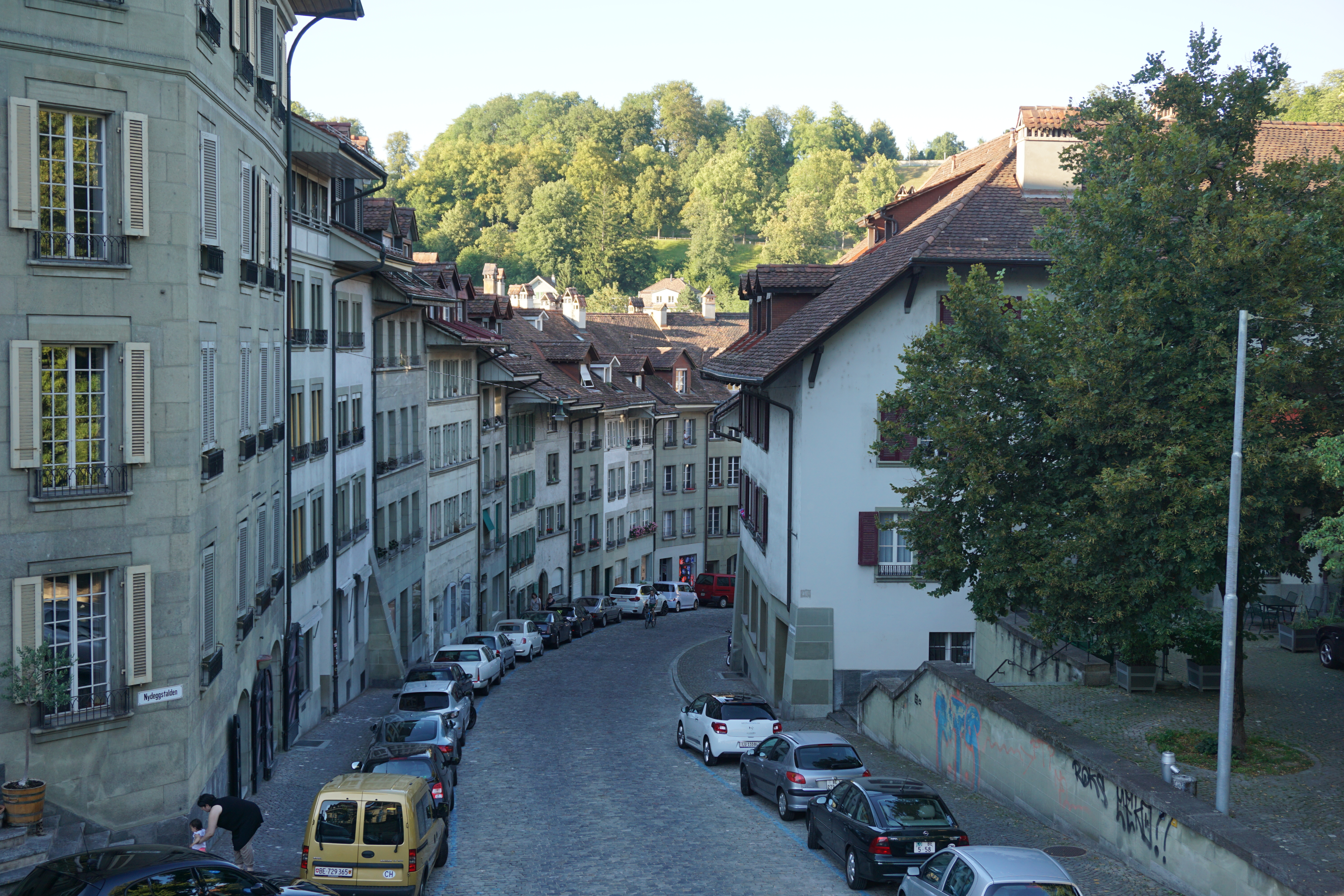 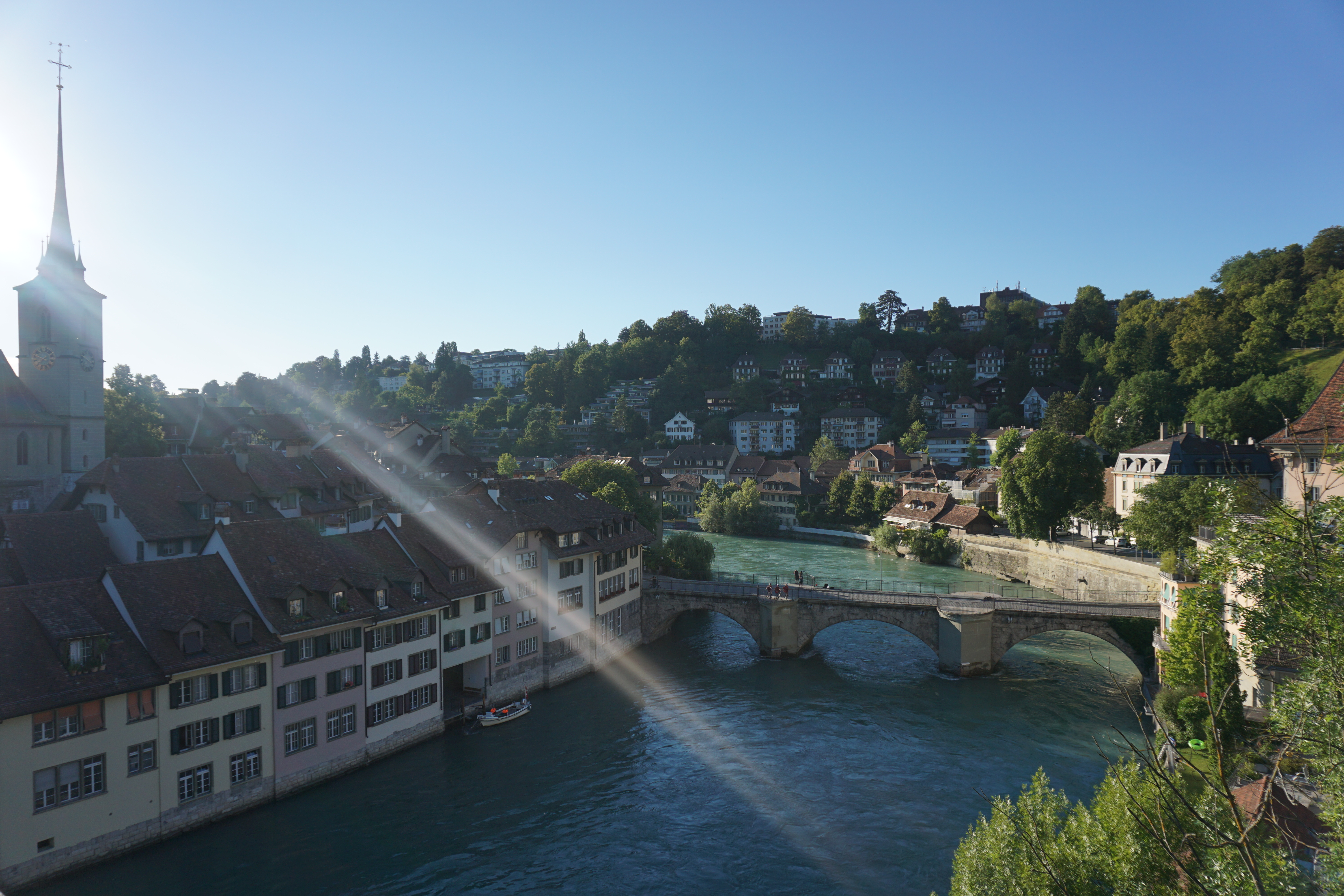 I love the free water! 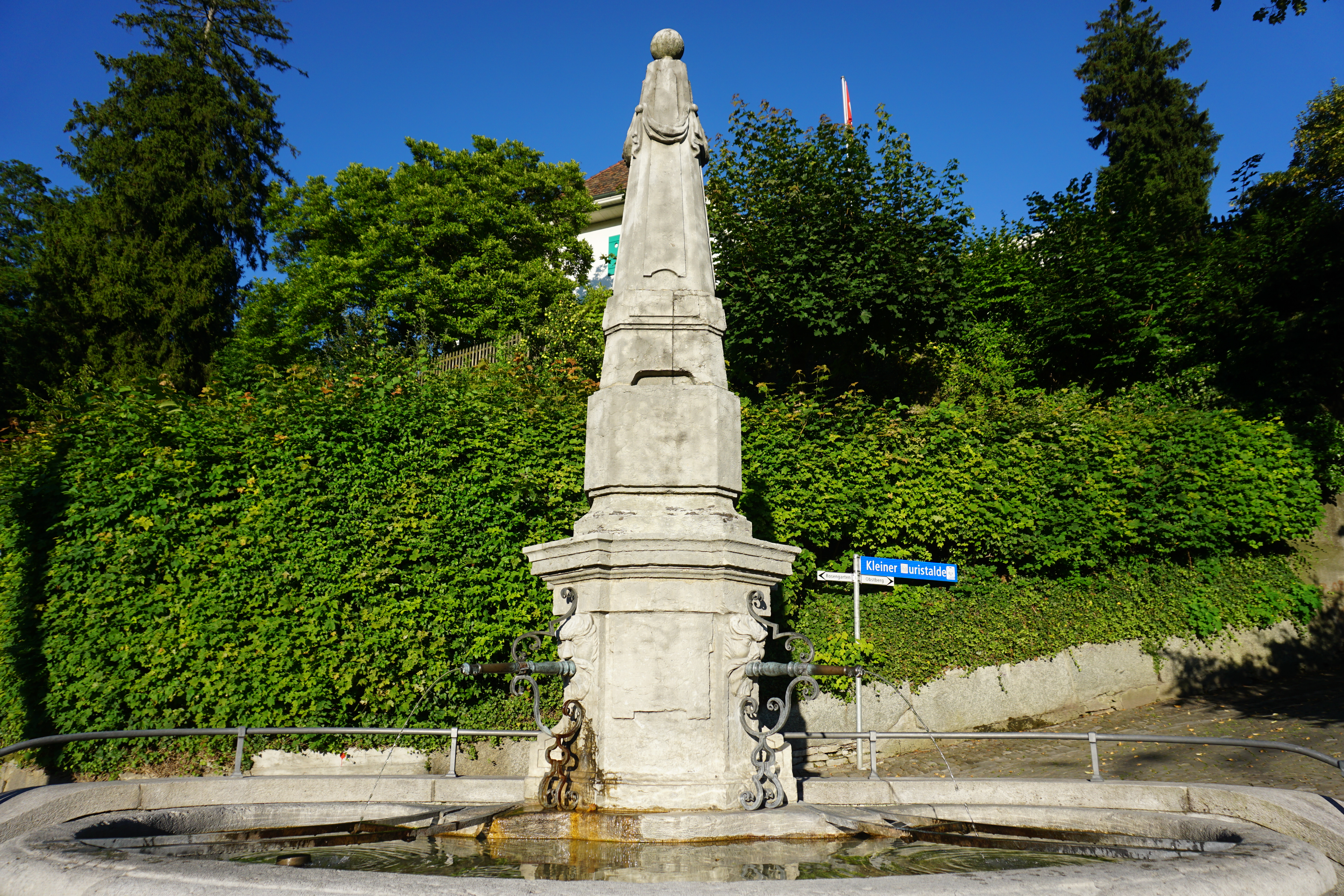 …so do the stray animals too! 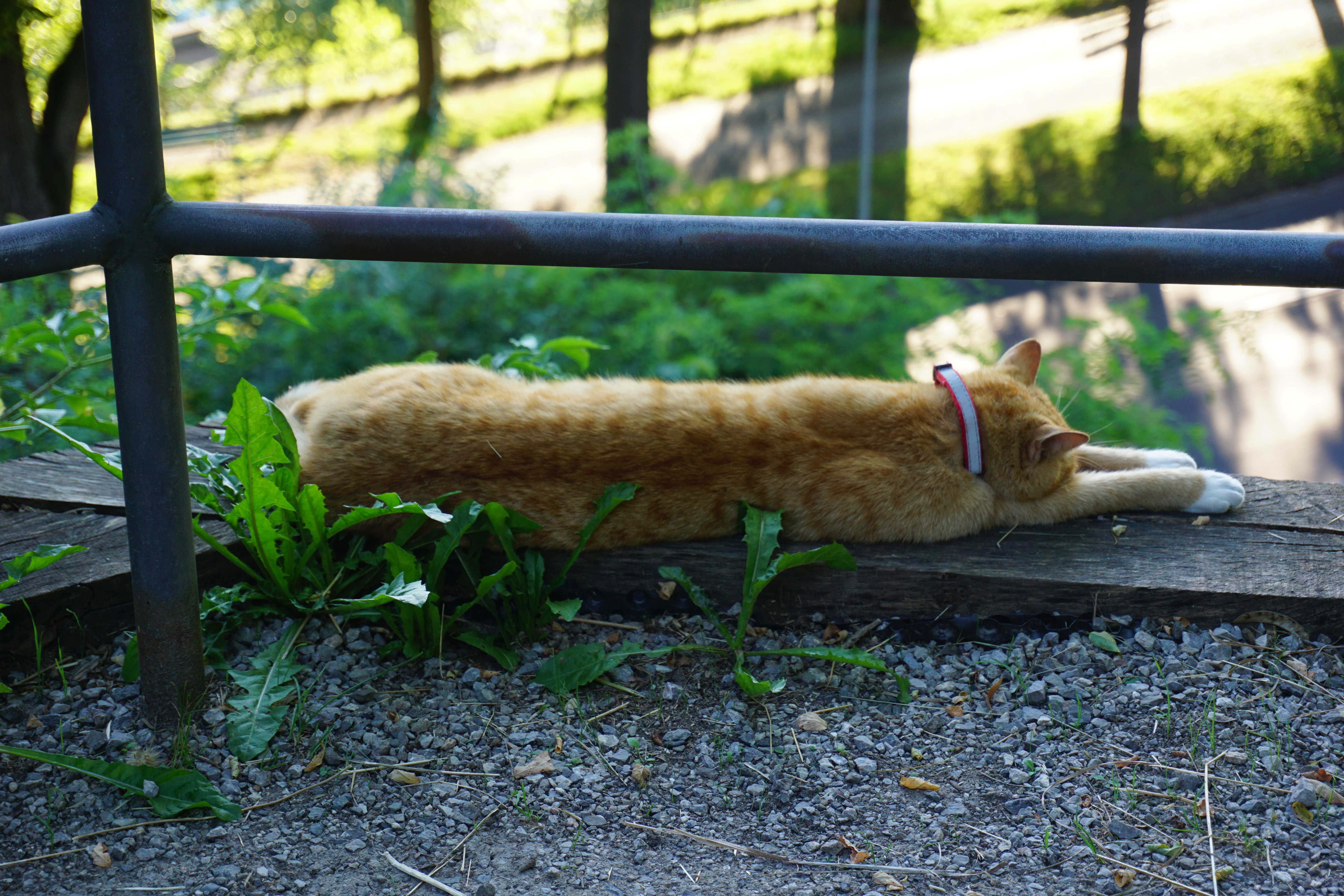 And so I started to hike up to the rose garden for a better view of this postcard-perfect city. 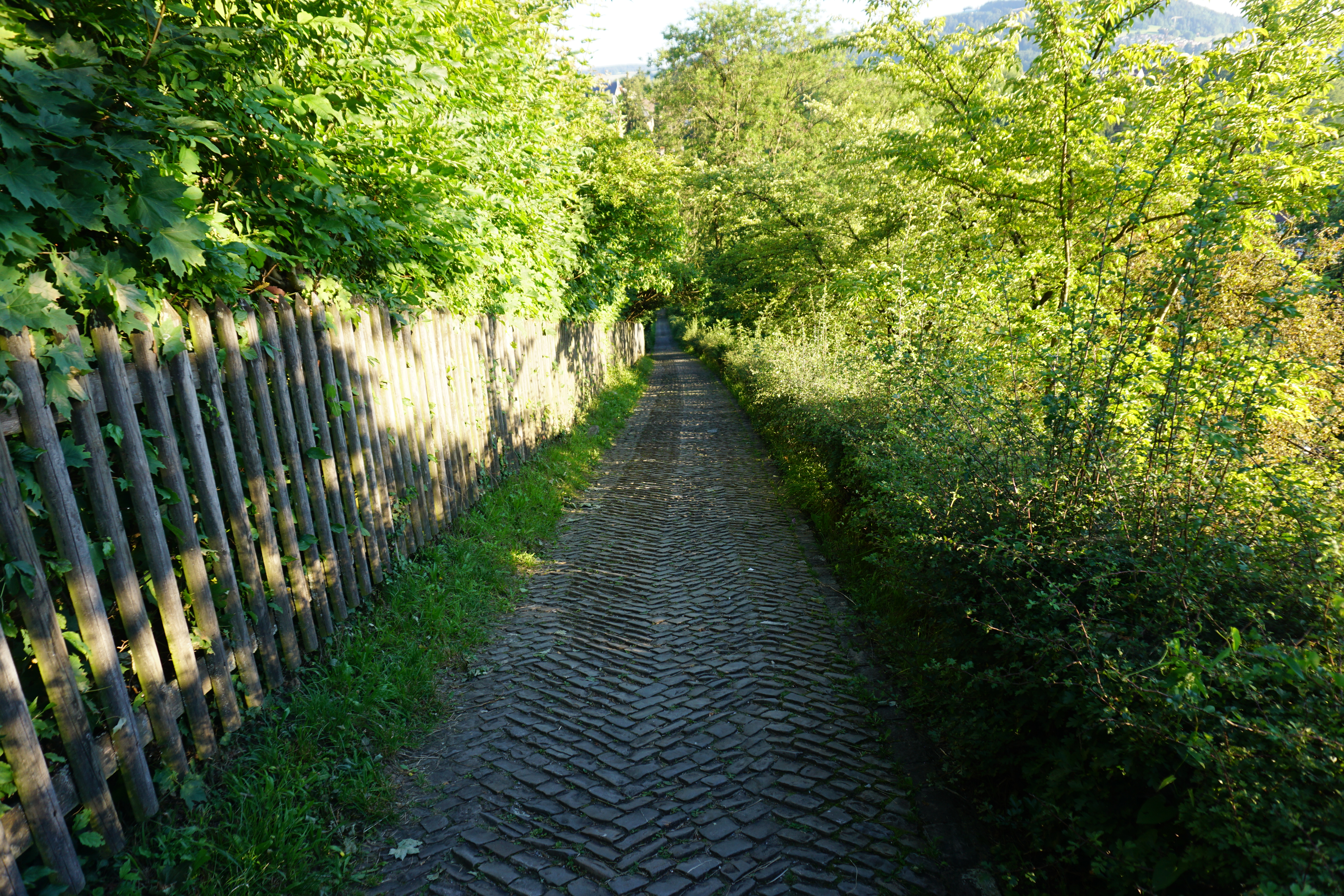 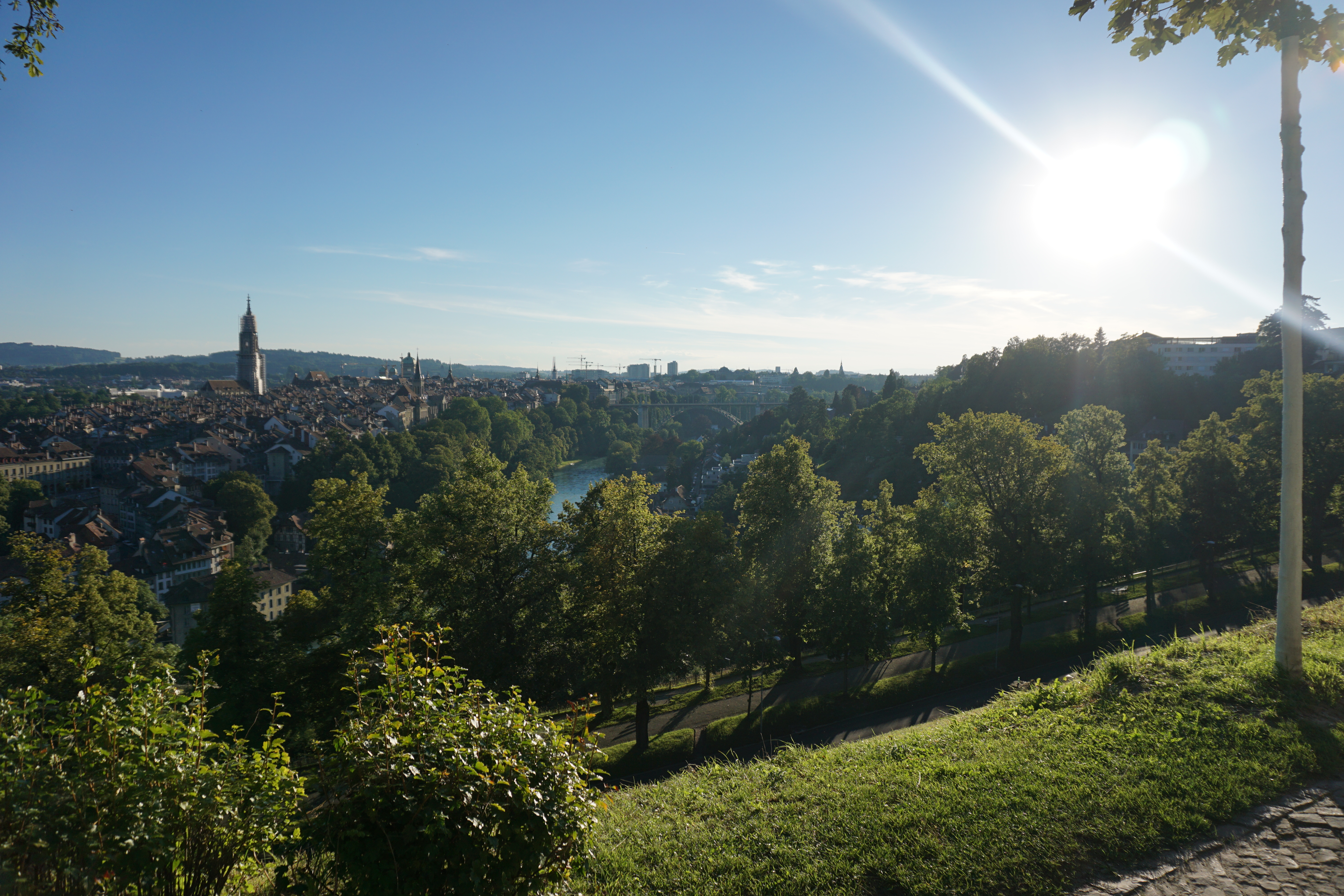 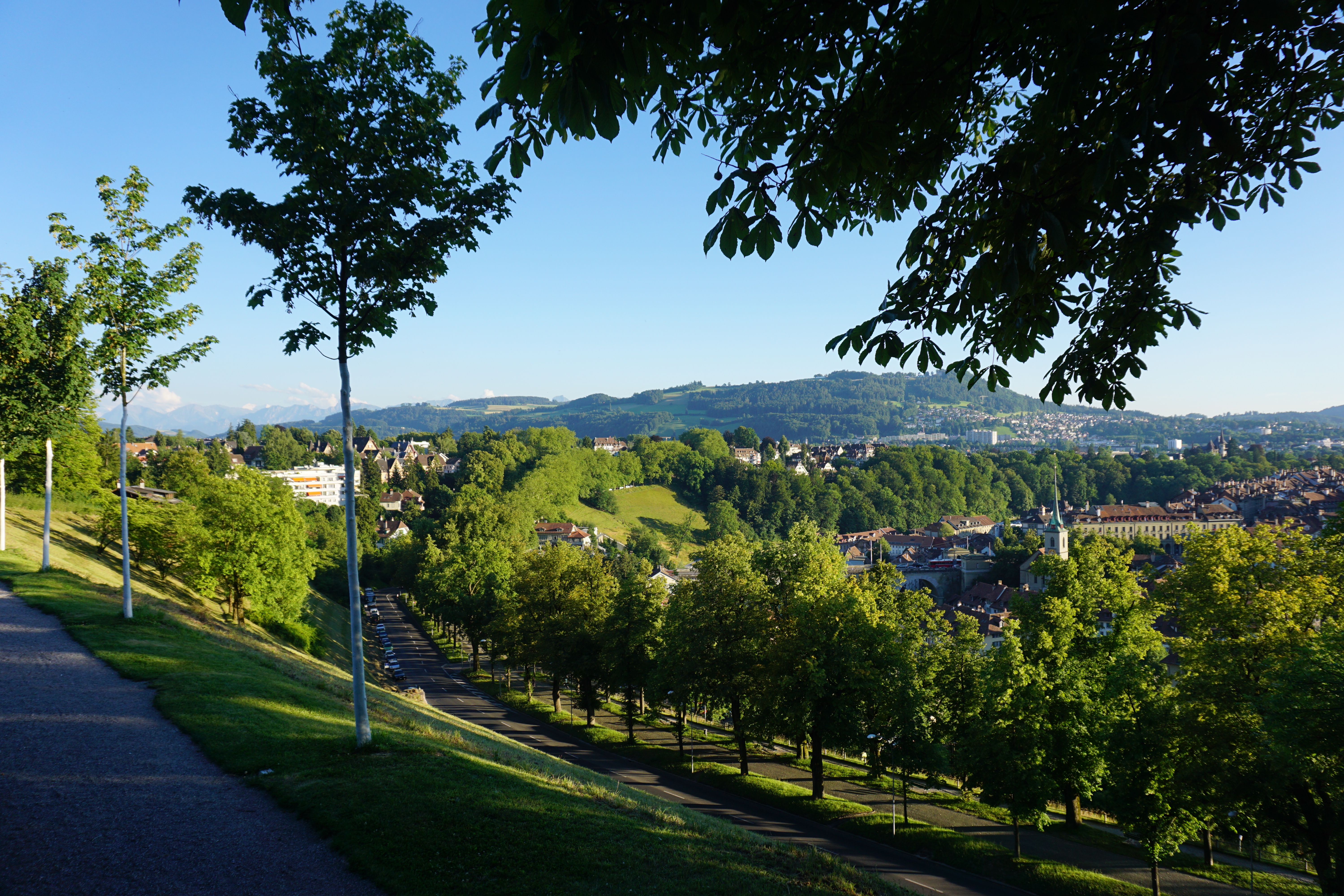 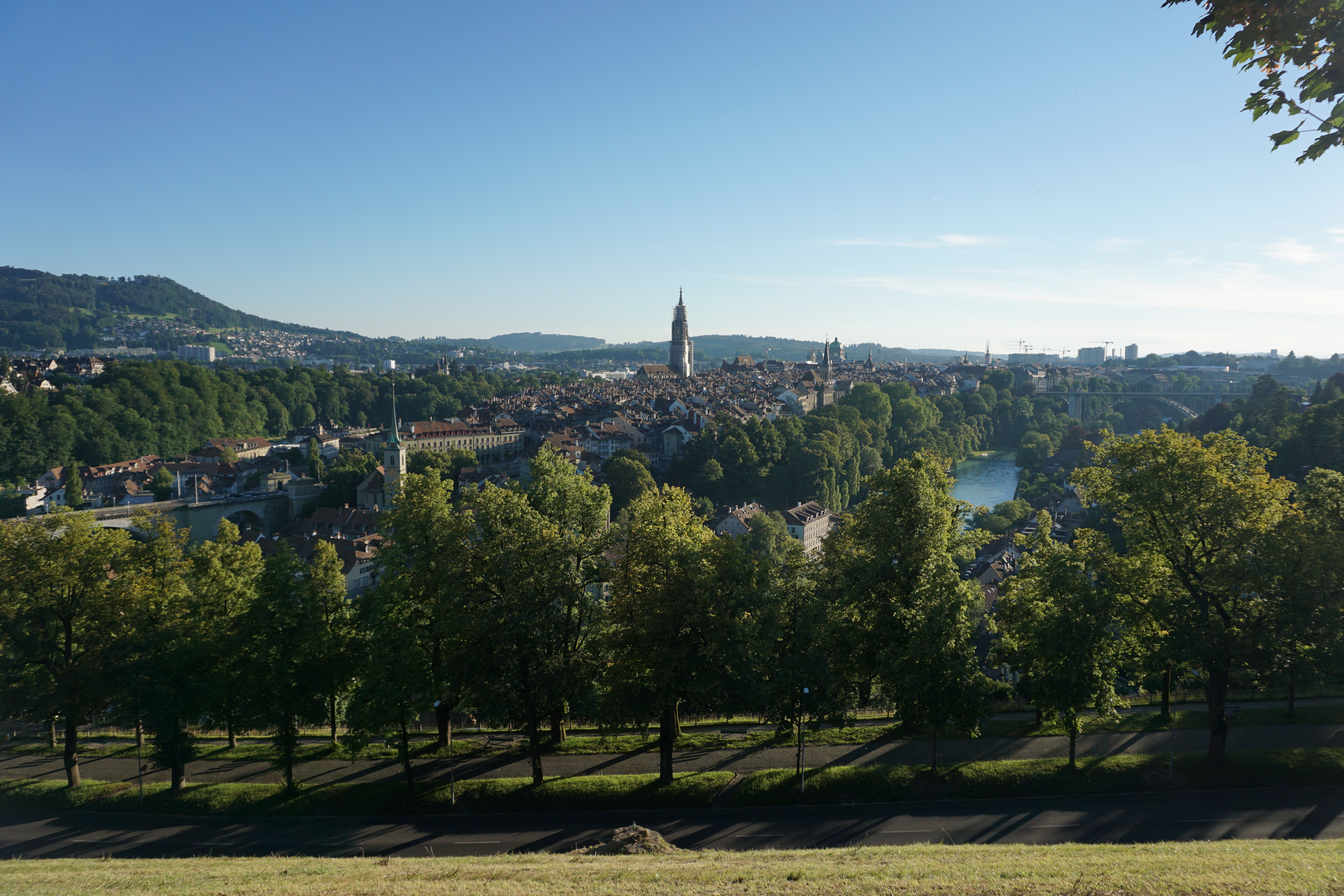 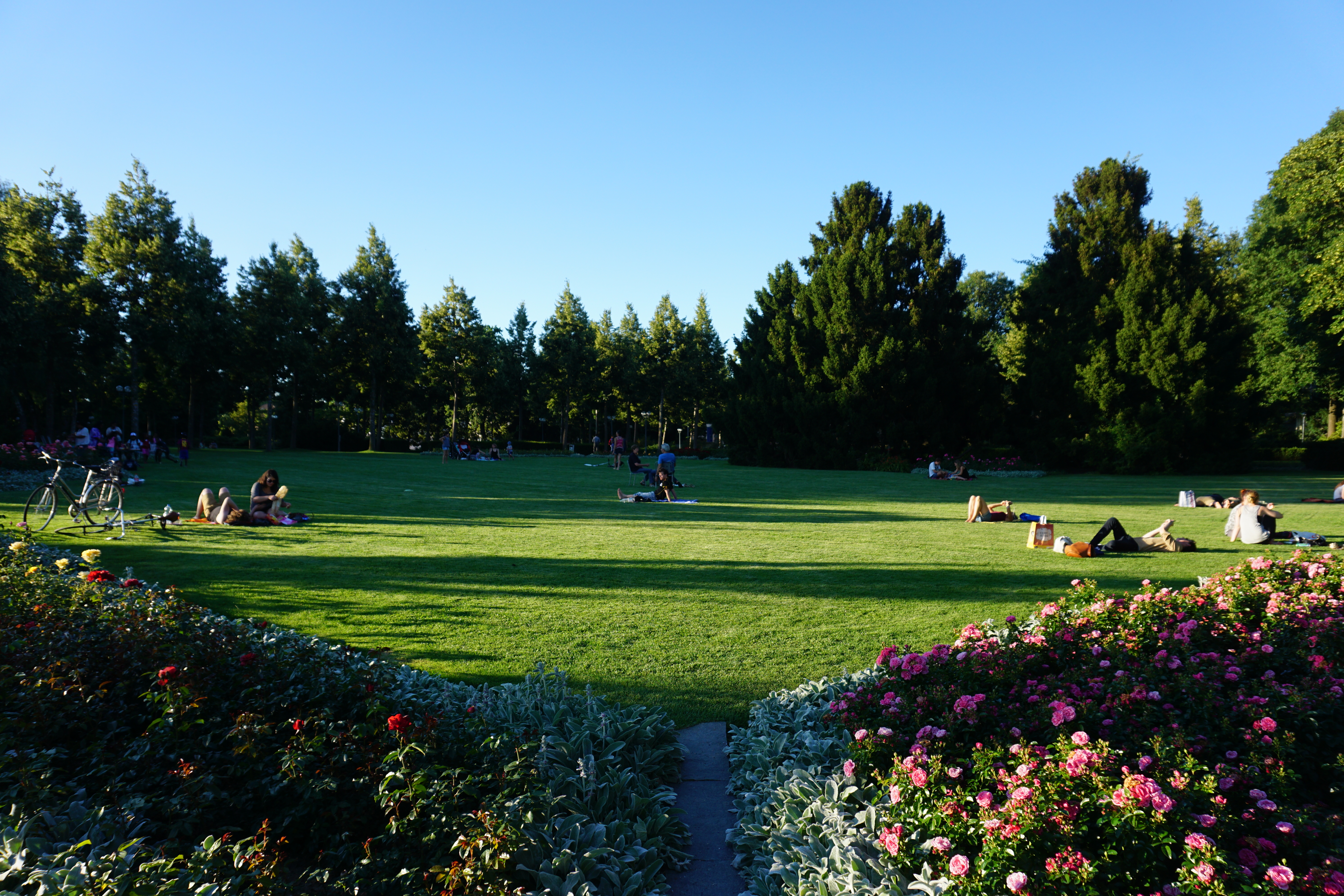 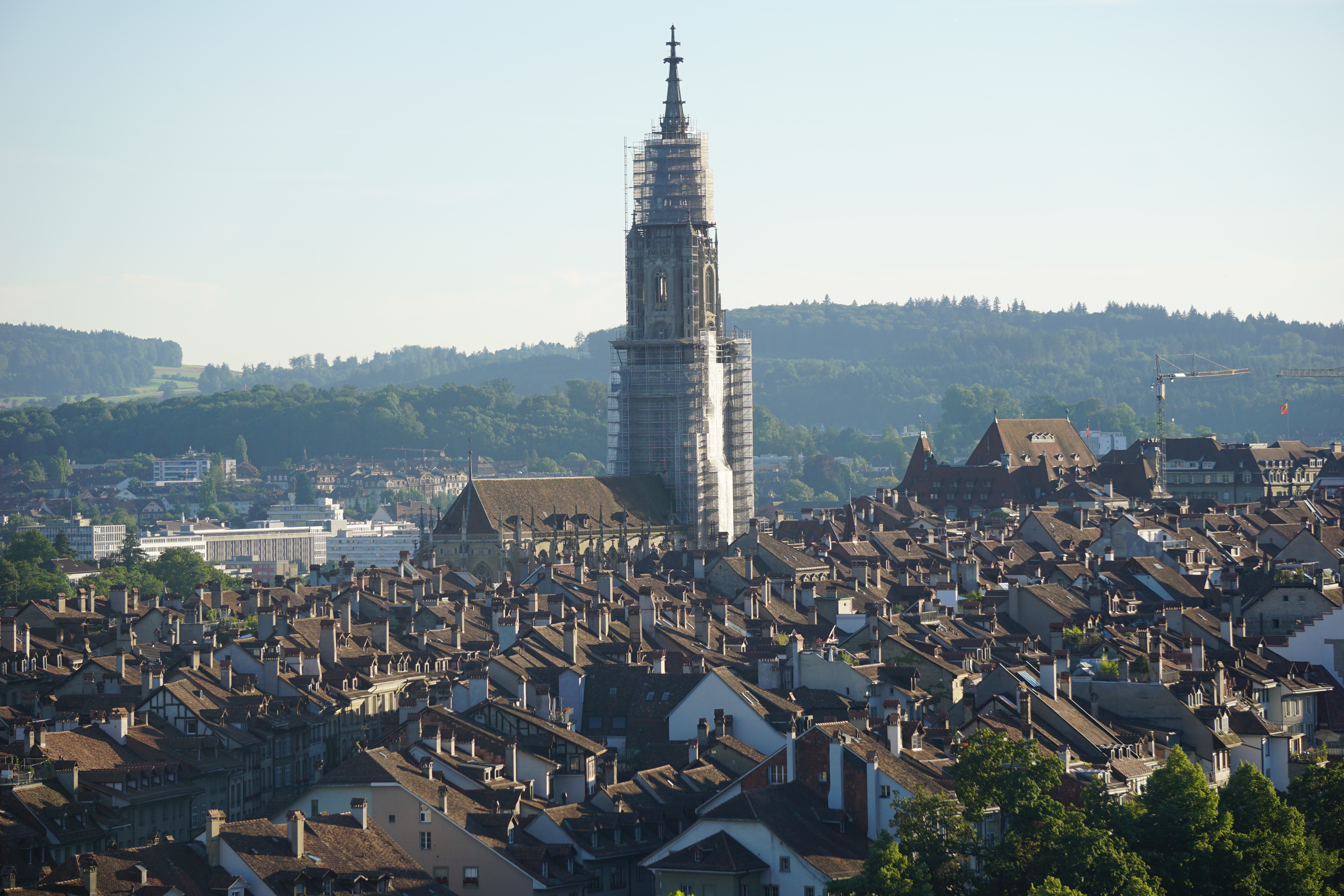 Next, I wandered down along with riverbend and finally realized why Gurtenfestival’s mascot has always been a bear… 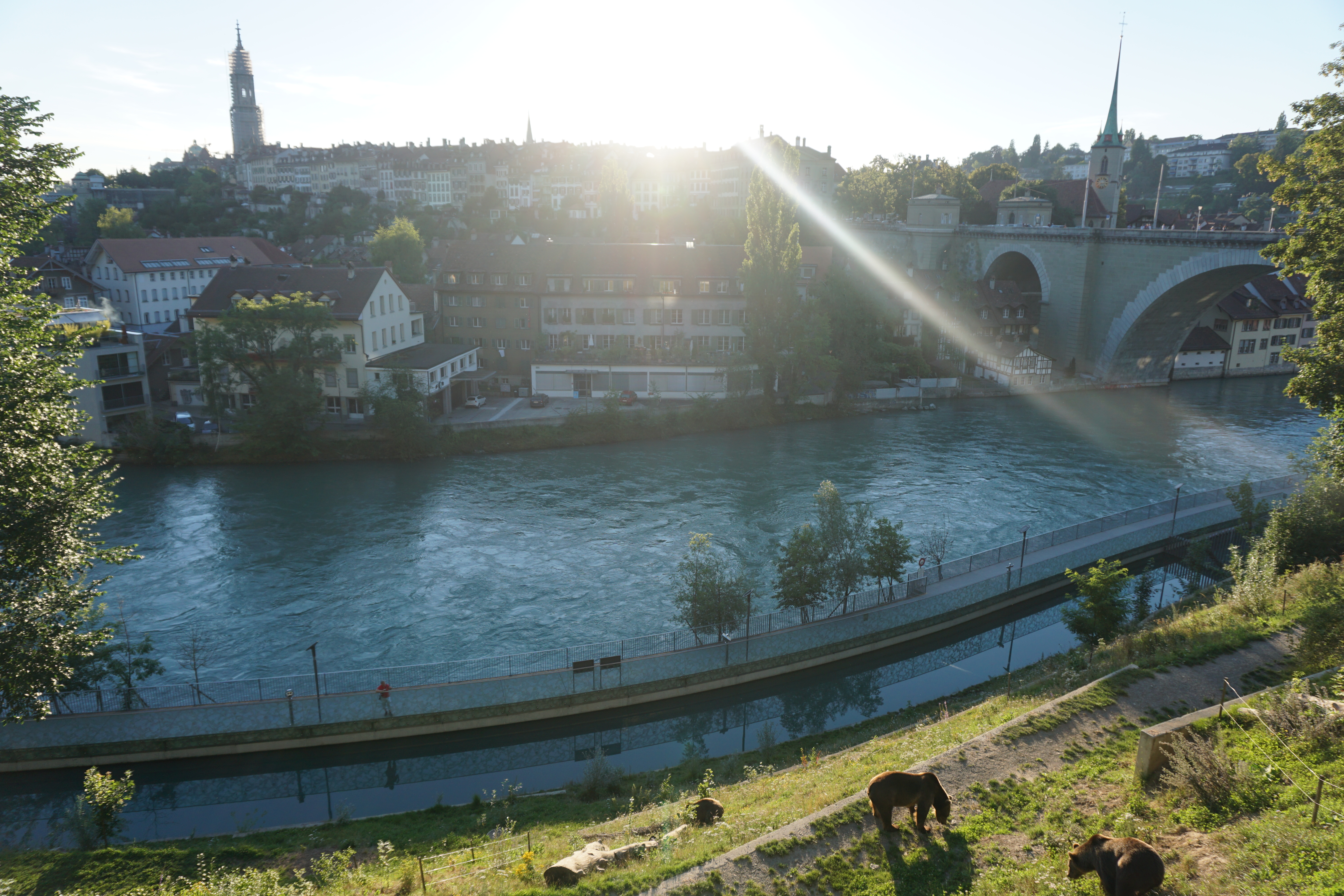 Because they HAVE beers (and in ancient lore they protected the city, etc.), but regardless, check out this bear going in bare. 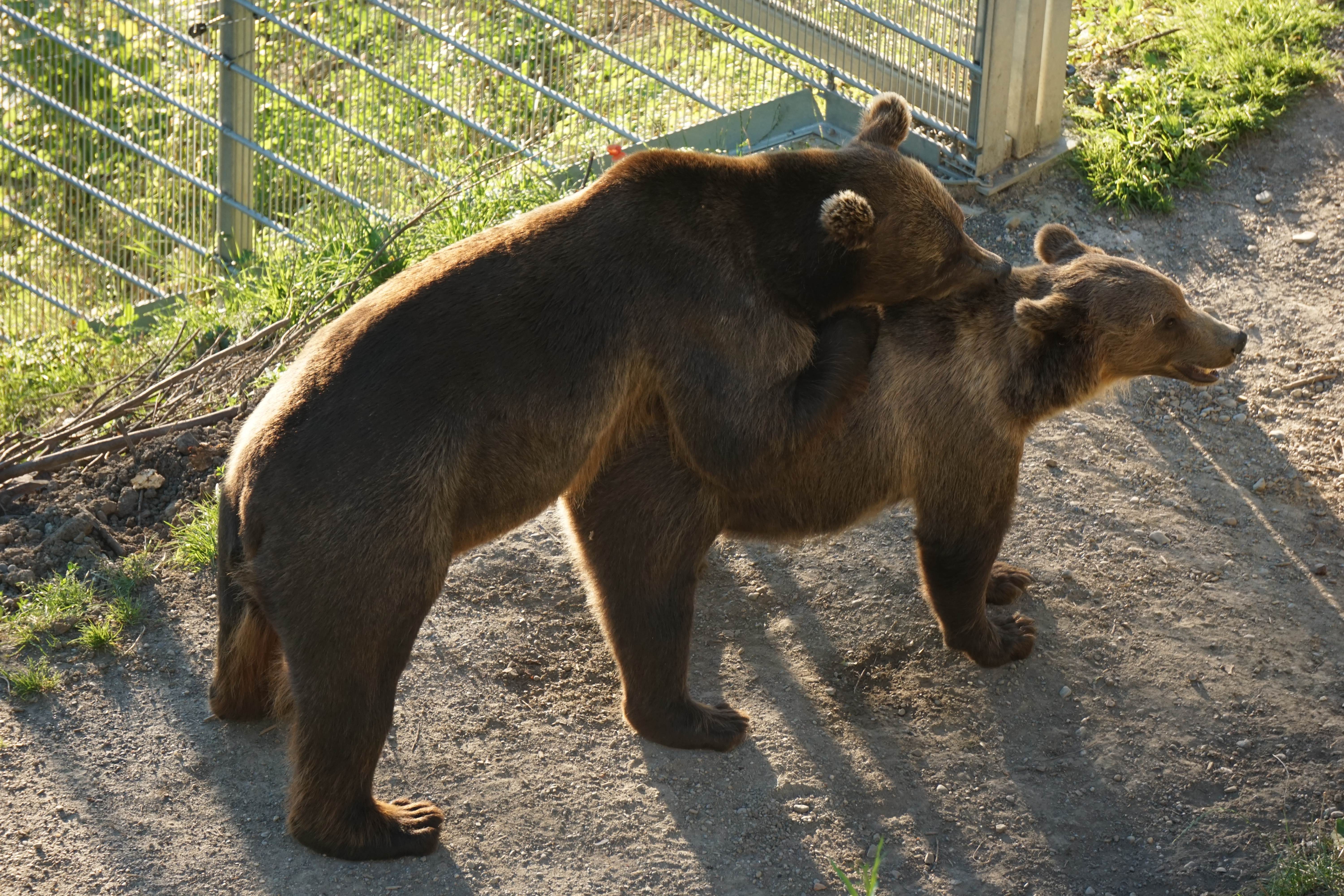 I arrived back at thee hostel and rested up a bit, whilist catching up on emails and such. I ended up befriending a Norwegein and two Canadian women. We all went out an had many pre-game beers and a handful at a local bar on the main market street as well.