At 3:45AM, the door nearly shatters the wall as several of my hostel-mates stumble in. Clearly intoxicated they ‘chat’, or rather yell, in some unrecognizable foreign language (likely due to their slurs and such). Eventually they come to the realization that four other travels are trying to sleep and do so themselves (or rather, pass the f’ out). Little did they know, I’d return the favor by when my alarm rang a few hours later. Unfortunately, I didn’t get the pleasure to, as the girl above me awoke a few minutes before me. After showering, changing, and locking up the rest of my gear, I made haste to the pickup spot on O’Connell street. I had forgotten whether the pickup time was 7:15AM or & 7:20AM–regardless I needed to powerwalk, hard. Huffing and puffing, I captured the coach bus in my vision as I rounded the corner. Luckily, I made it in time (as the second to last attendee!) I hadn’t even thought to pack a water much less eat any breakfast, so I knew I’d pay the price later. As we embarked on our day trip, the guide introduced himself and the driver before delving into some of the history of our surroundings. This interesting, informative commentary continued until we reached our first stop: Belfast, the capital of Northern Ireland. I was shocked to learned that you needed passports to get here in my lifetime! Accordingly, they didn’t use Euro either, but rather the Queen’s currency! Next I found myself gazing at the giant glacier that gouged the Titanic. No, not the actual glacier, but a $100 million exhibition ironically in the shape of the very object that lead to its destruction (some people still wear crosses on their necks right?–same irony). Anyways, checked out the overwhelming structure and mused at some of the exhibits before beginning a city tour. 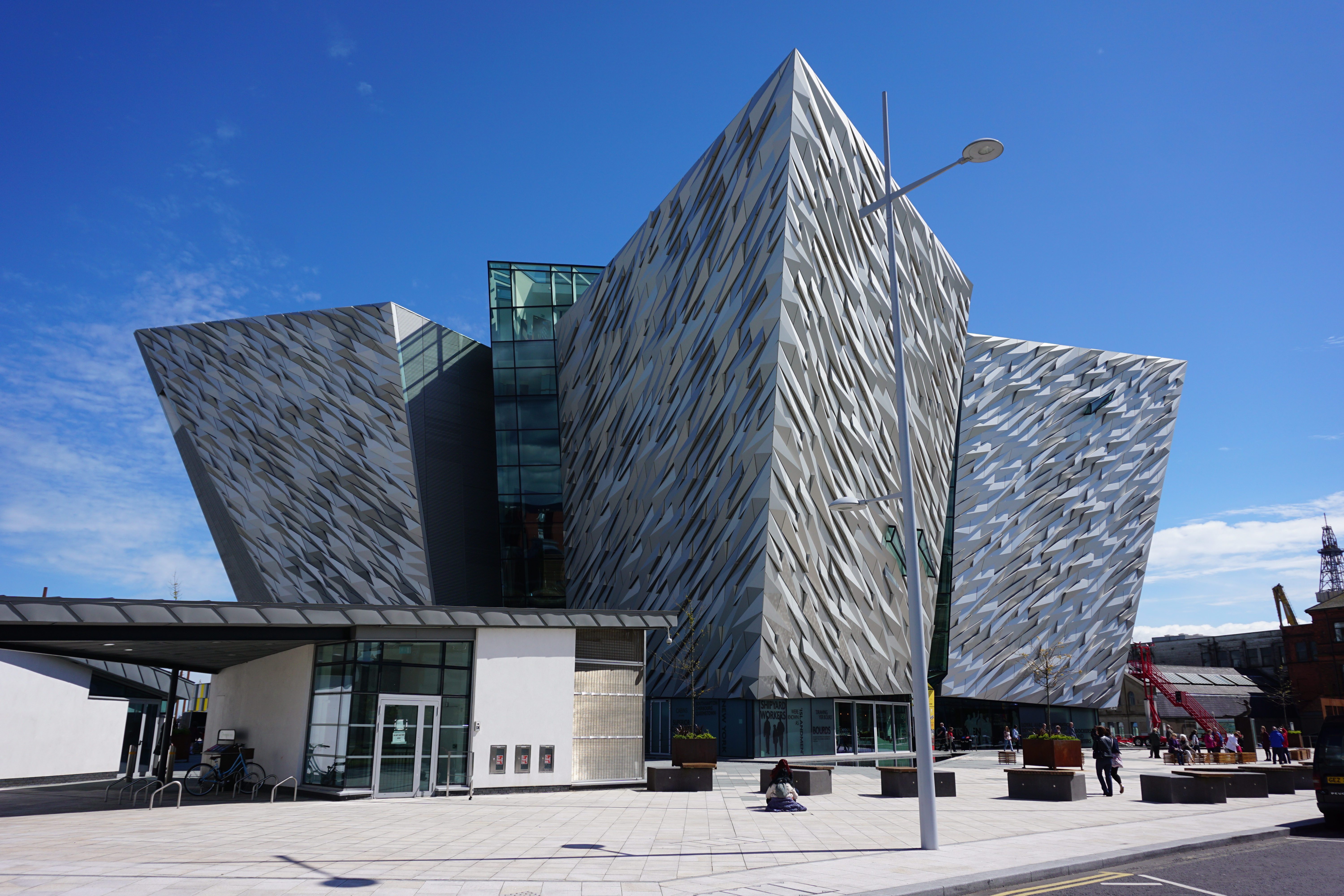 This wasn’t your typical city tour filled with parks, statues, and happy historical happenings. Instead, we dared to expose the inner strife of the city. As our ‘black taxi guide’ (Irish gentlemen in a traditional black taxi cab, just to clarify) surmised some of the surrounding struggles: ‘Belfast is still building walls in 2014, over 25 in the city alone’ 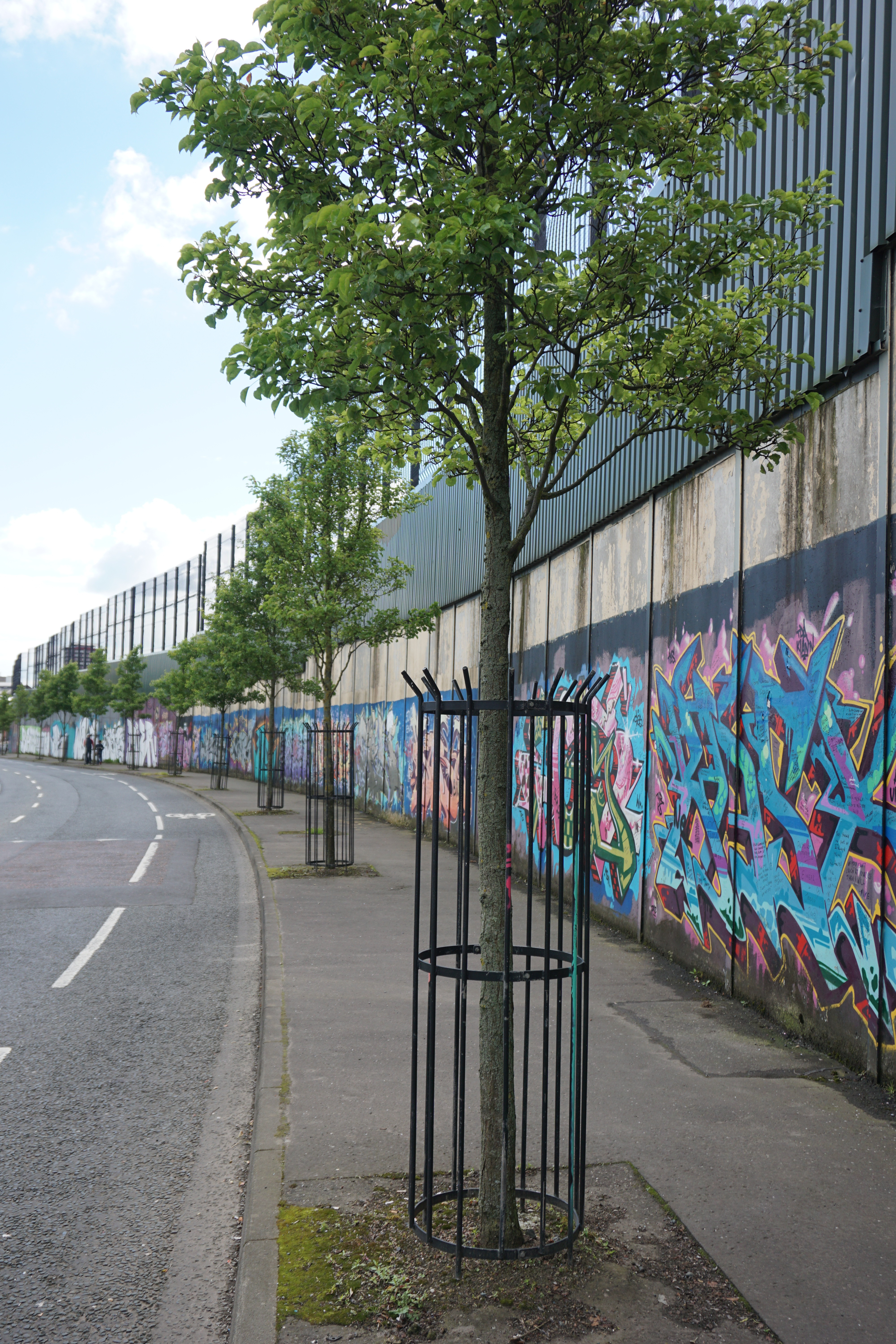 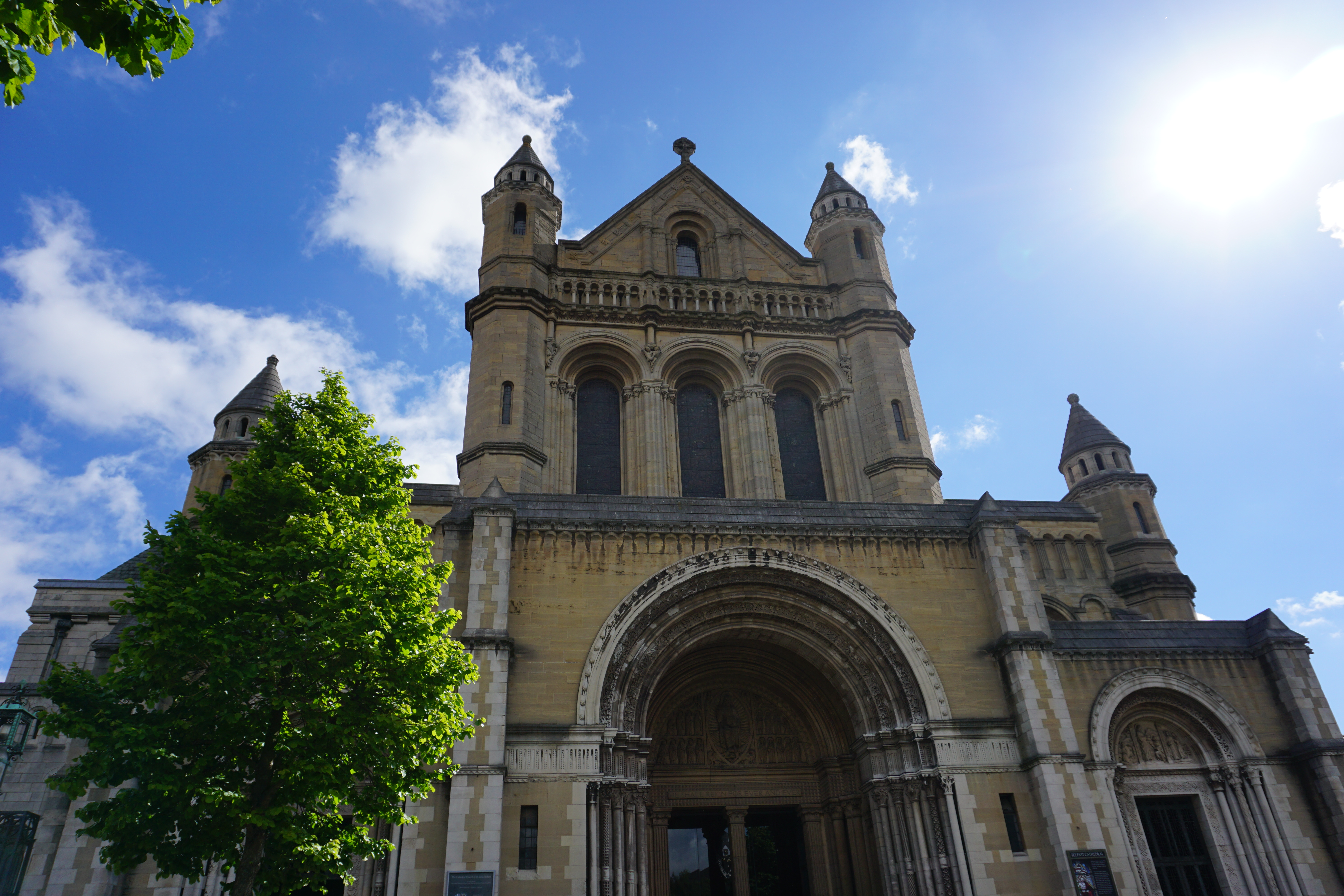 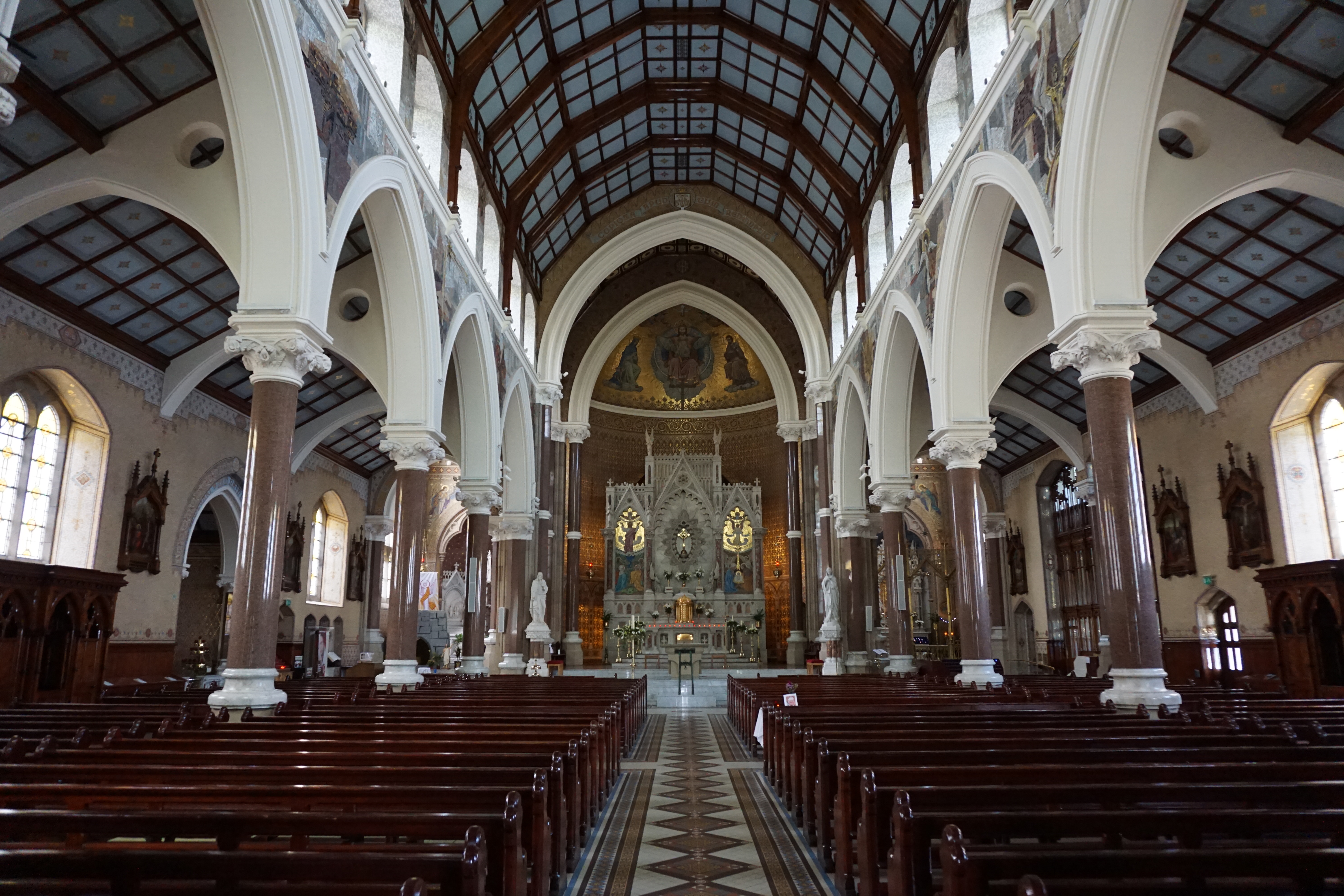 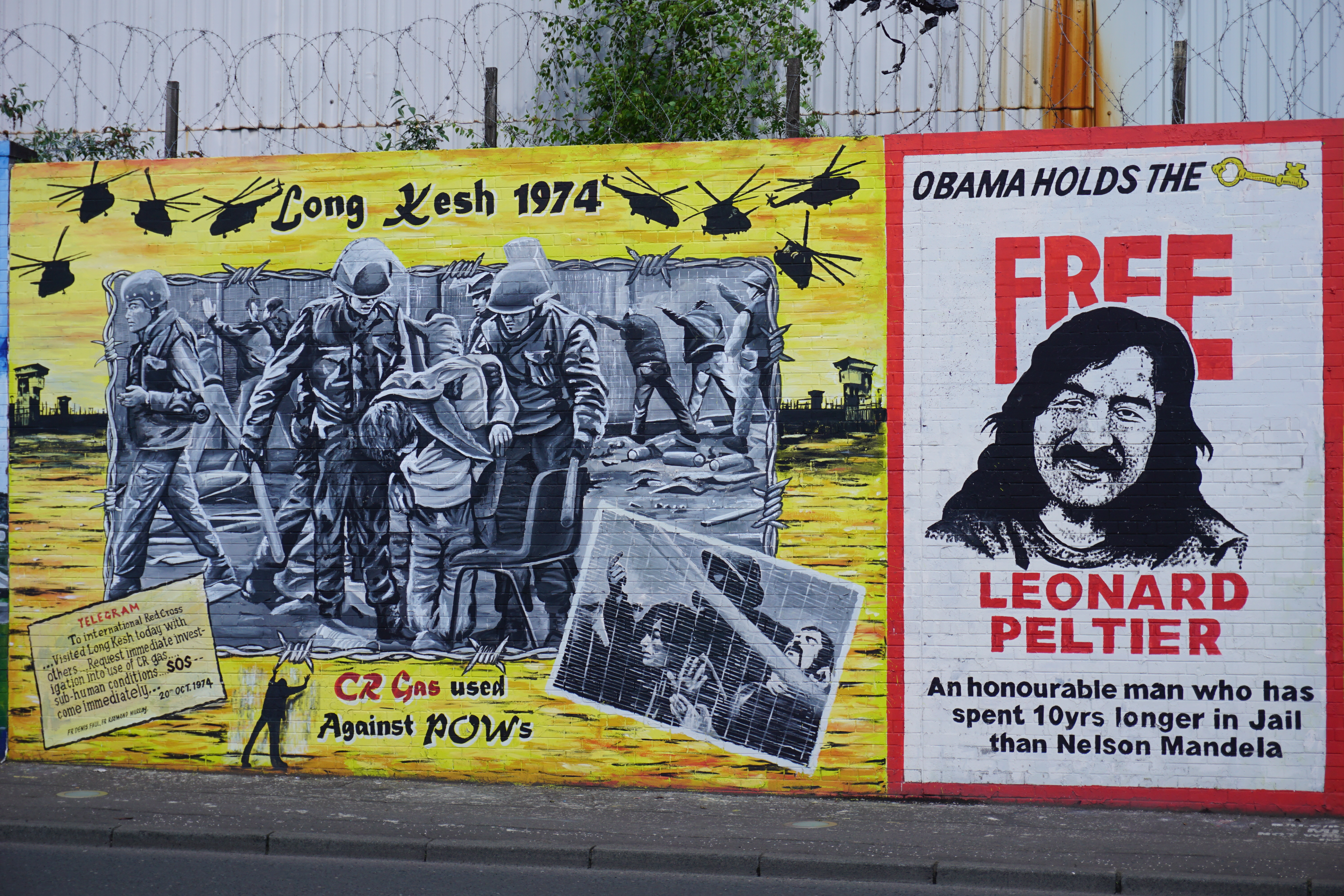 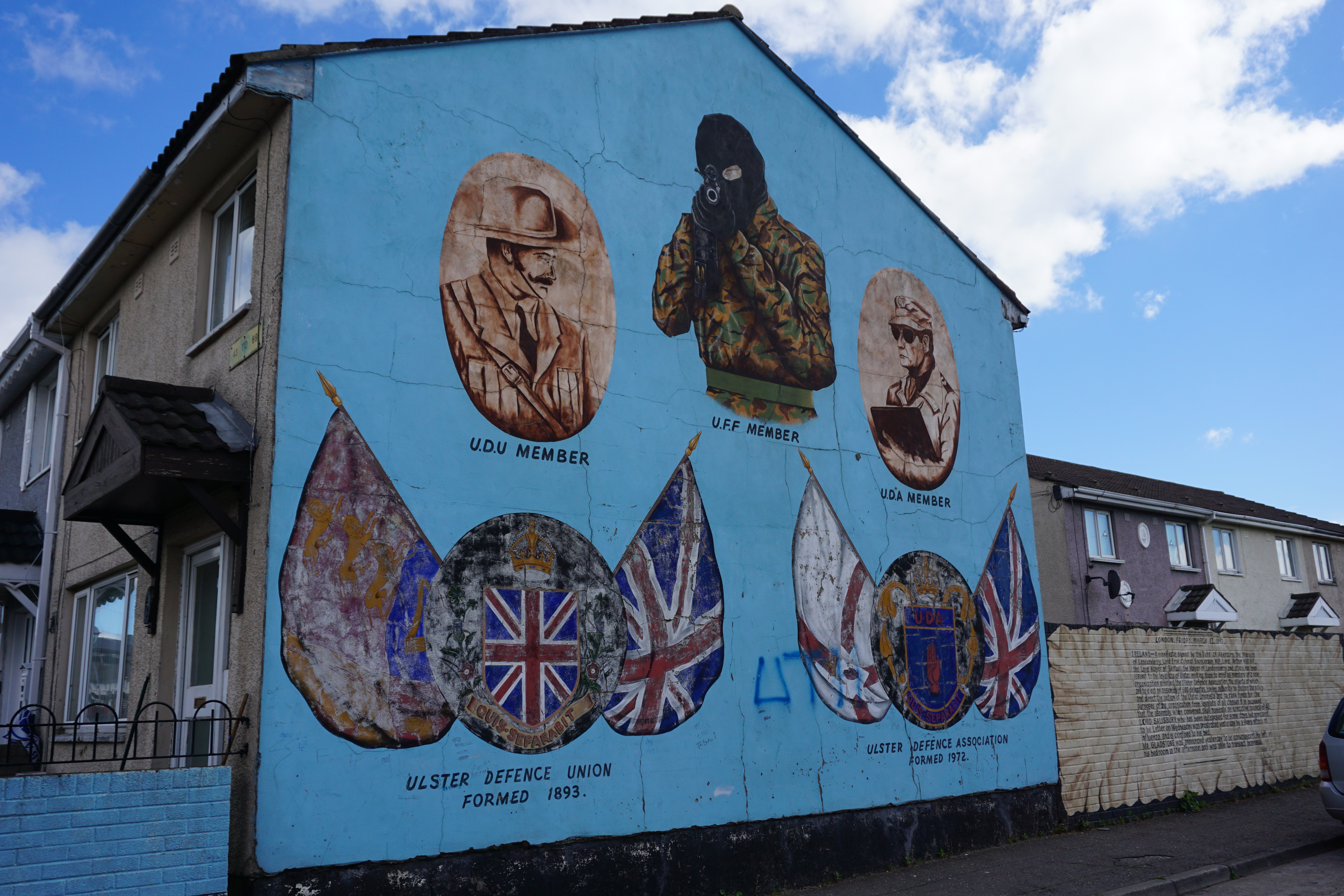 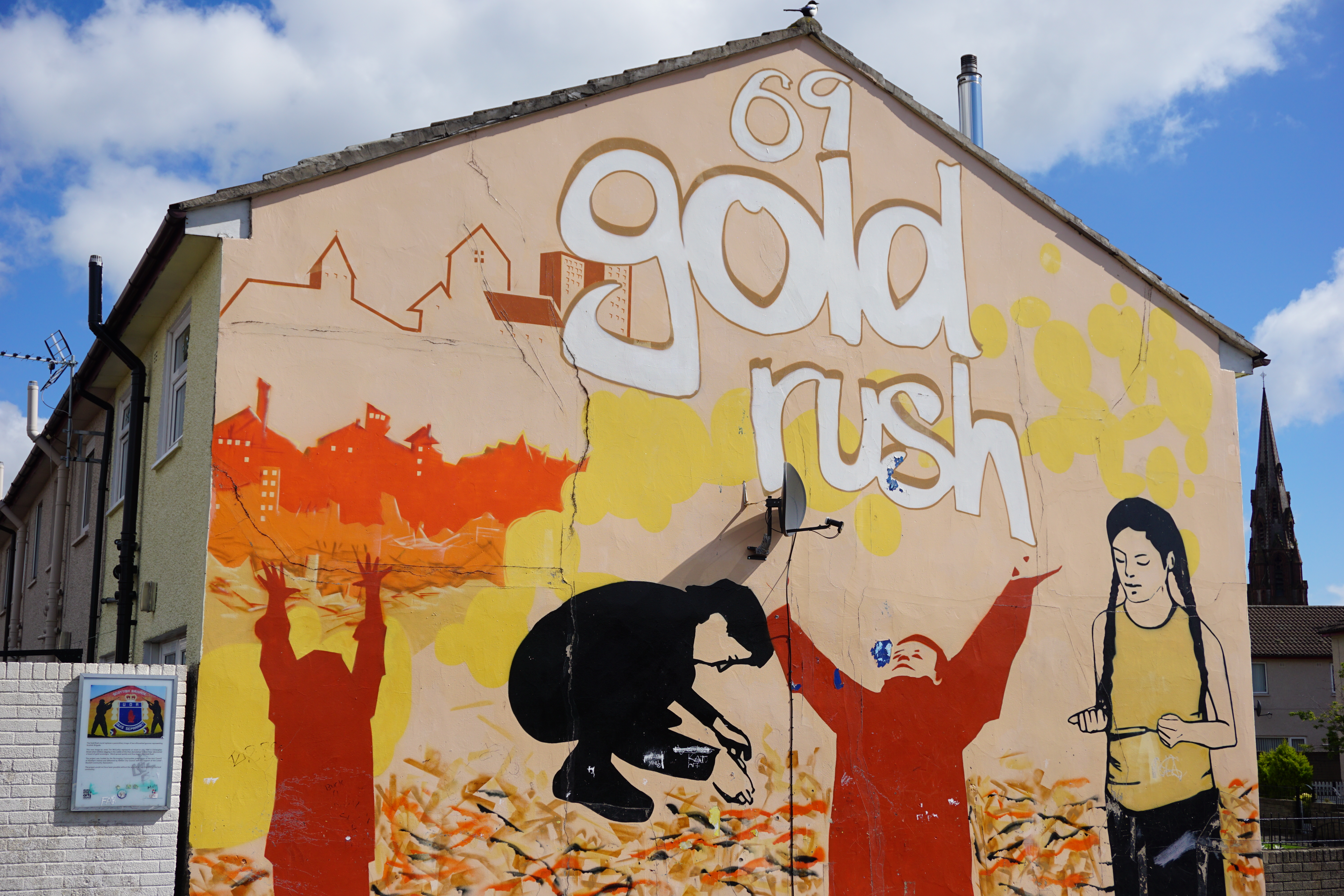 Pallets setup for a massive blaze against the Catholics… 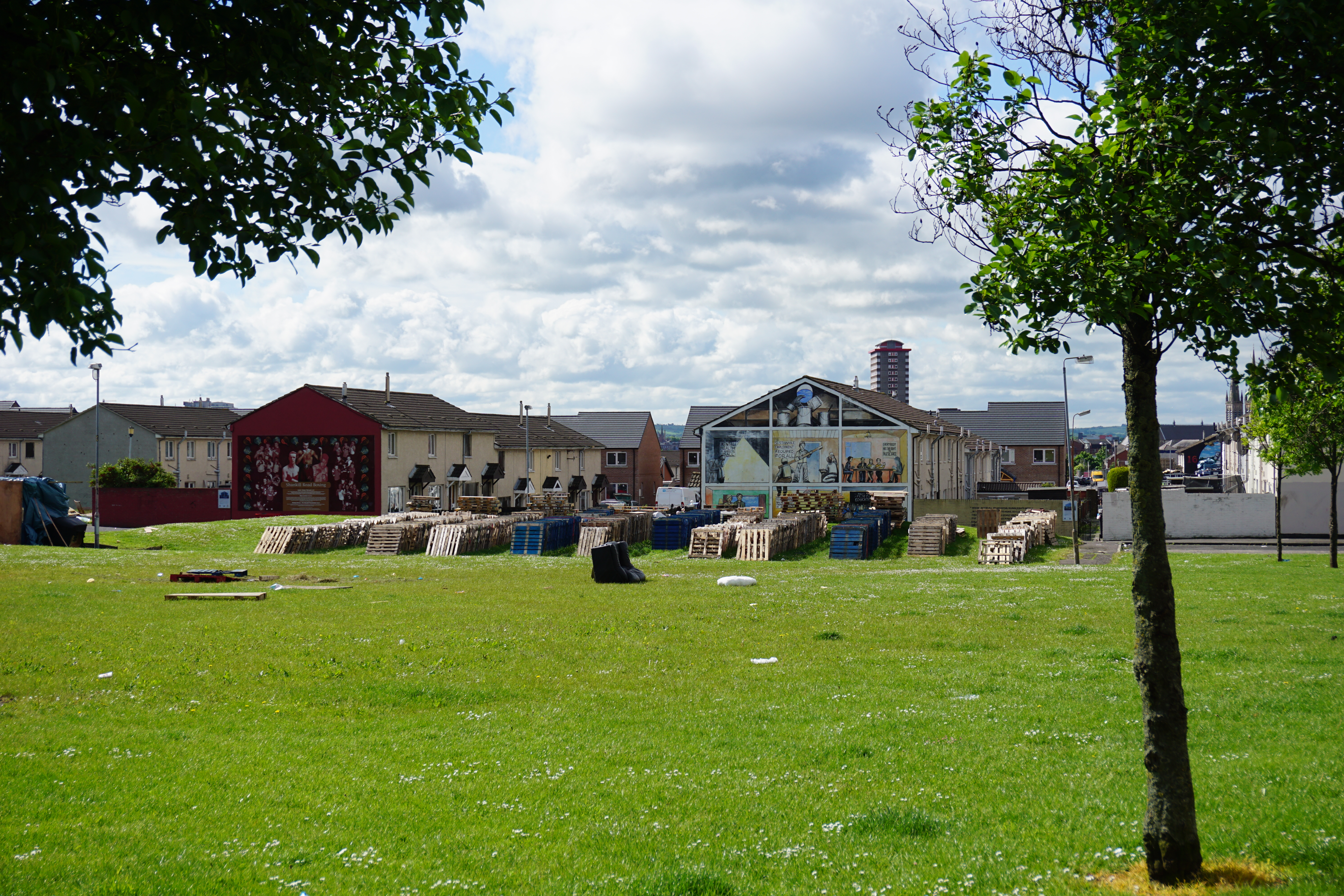 We were told the untold, less glamorous, history of the religious and political turmoil that still plagues the city. For instance, during ‘marching season’, police must block off streets so that ‘orange coat’ Protestants do not mockingly march in front of Catholic churches. They even go so far as burn thousands of pallets dyed in red, white, and blue to represent their loyalty to the crown and hatred towards the Catholic Irish. To make a long story short, our guide honestly recommended that they ‘ship off the dinosaurs’ that still stimulate this strife. He optimistically mentioned that his children did not share any of the archeic views of their elders and instead fought to build a united city–hopefully they can realize this dream in the near future. 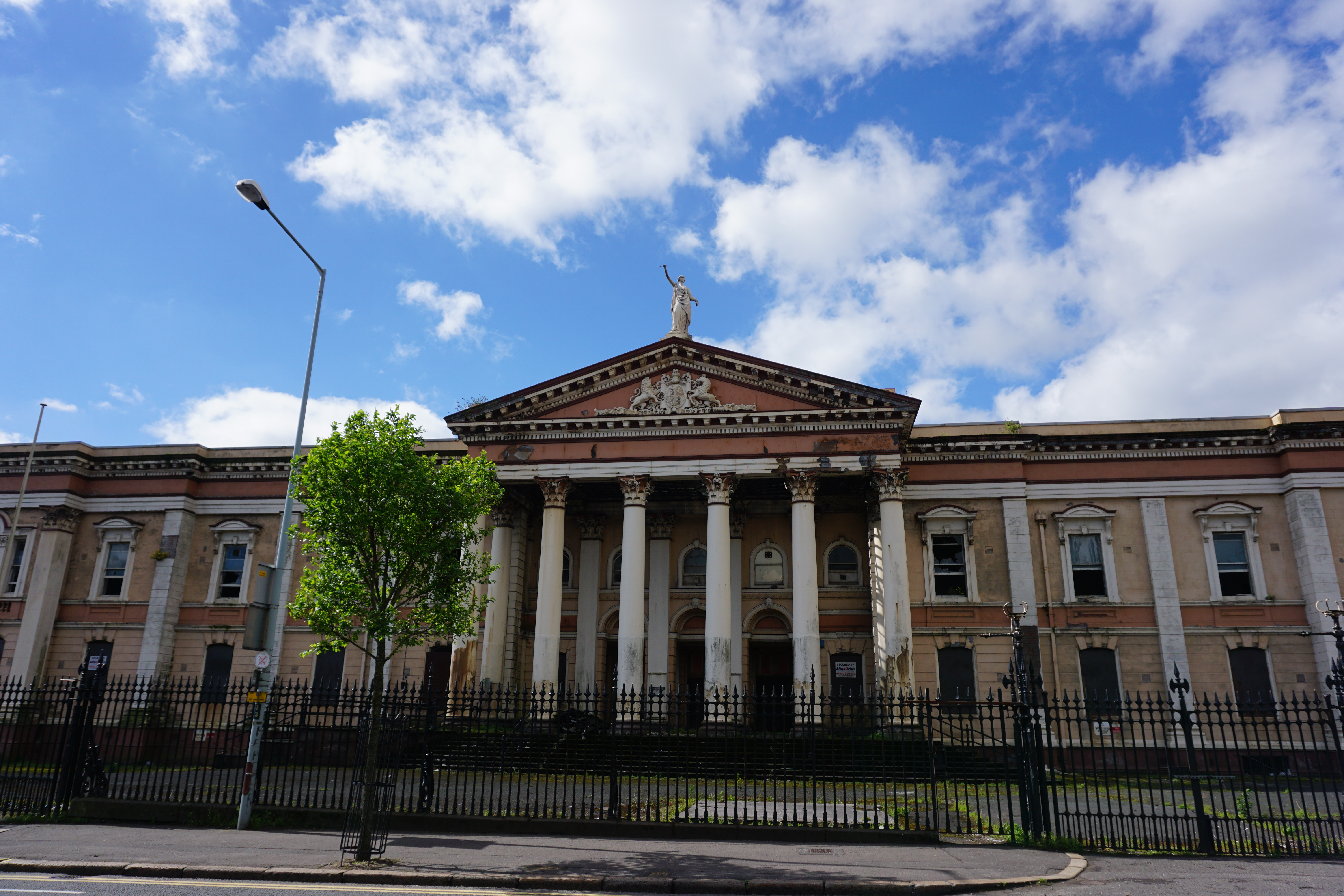 After getting my politics on, I joined the rest of the tour and trotted up north. Soon after we reached the coast, our guided pointed out the tip of the country and also Scottland–it’s only a dozen or so miles away all they way up north! Next, as a pleasant surprise, we stopped at a castle–not just any castle, but a particularly Pike from Game of Thrones! 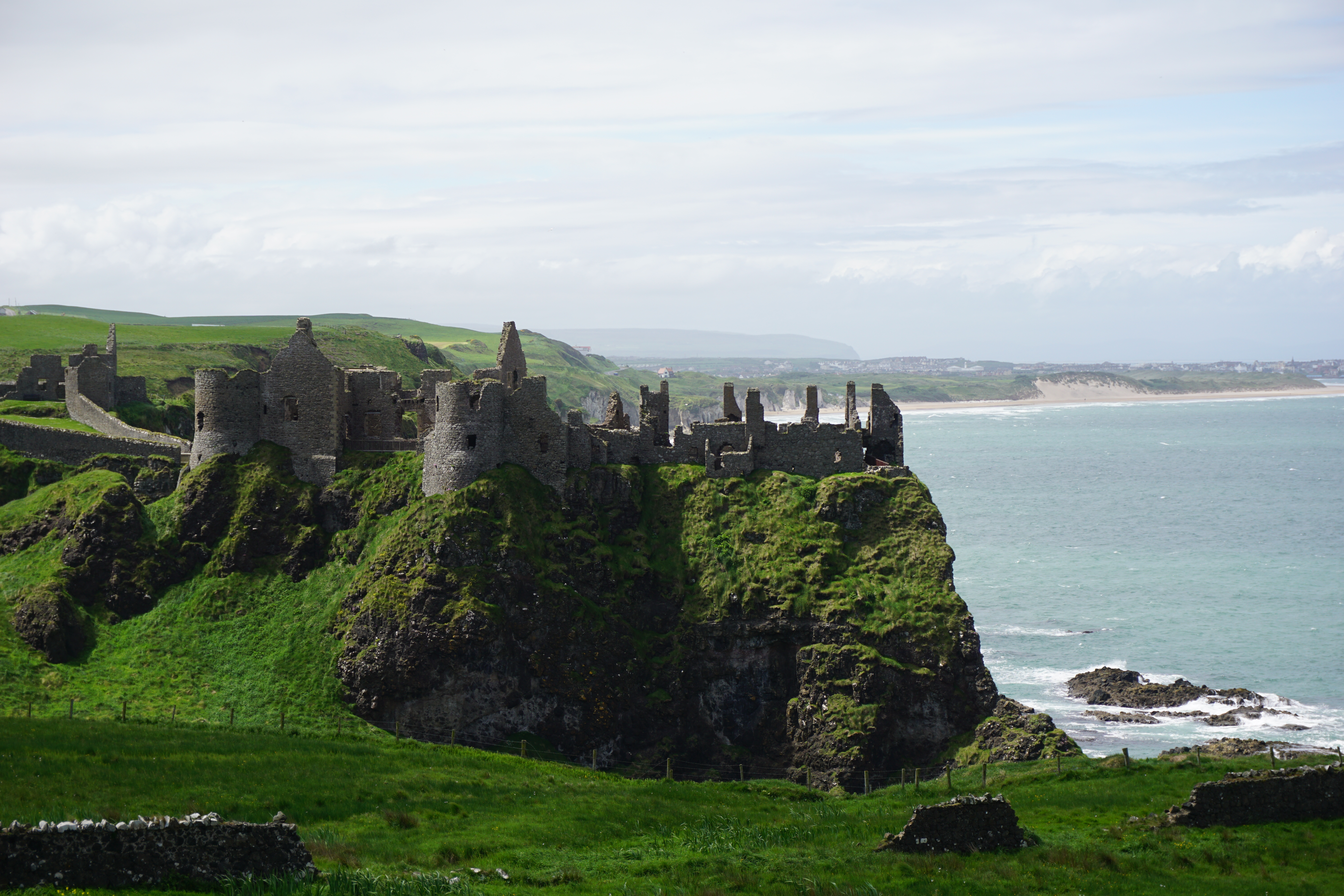 I had been surprised yet again, as we busted into Buschmills. 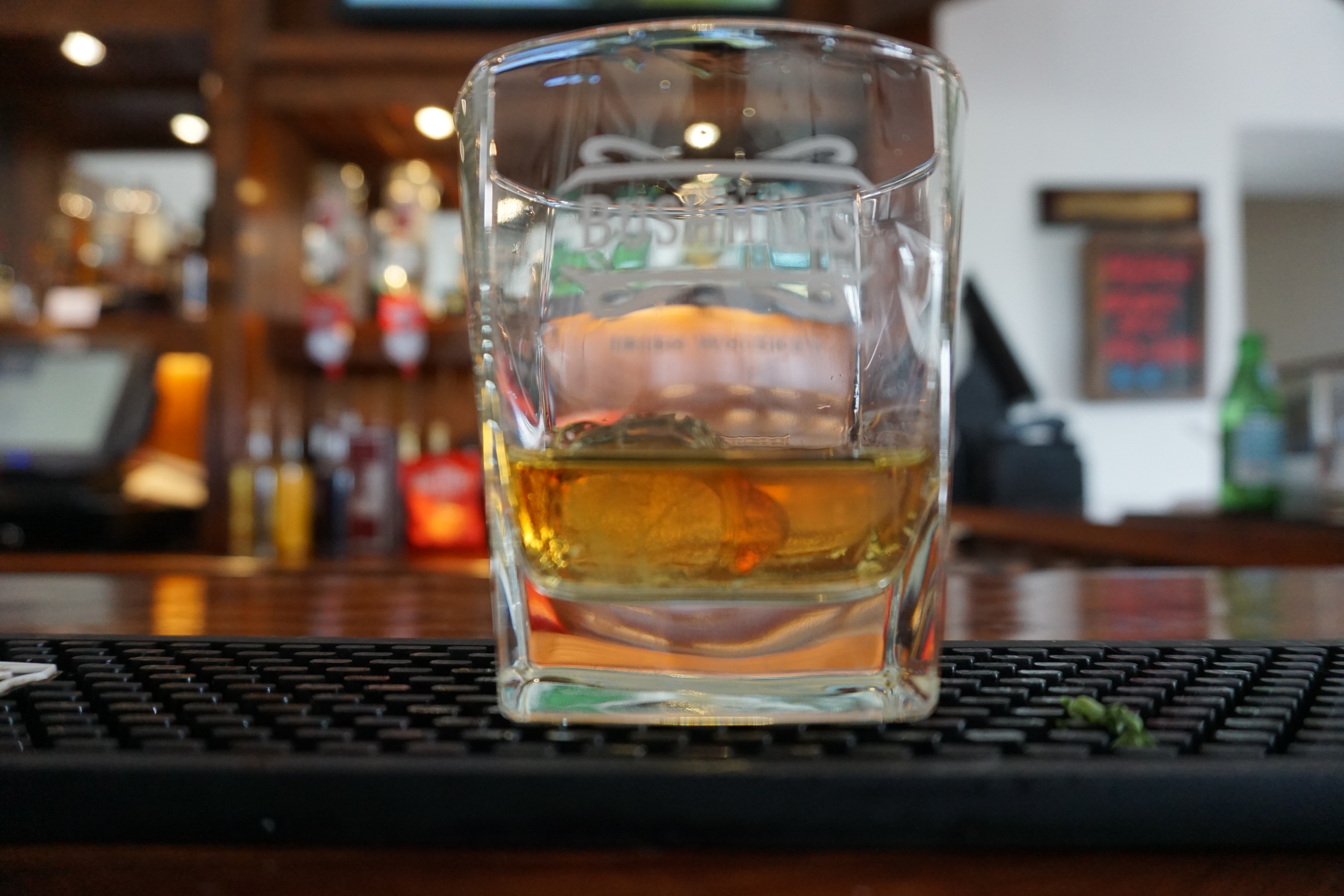 After savoring a 12 year old (err that doesn’t sound quite right…) whiskey, we were back on track. Alas, after leaving the ‘iron isles’, we finally reached the main attraction and the country’s main World Heritage site: The Giants Causeway. Prior to perusing down the path to the site, I filled myself up with a local pint and fantastic feed (the beef here in the best!). After dodging seemingly endlessly droves of tourists, I stomped on steps formed by giants (errr volcanoes, but that’s no fun). I trucked it back to the tour and congratulated myself for not twisting my ankle. 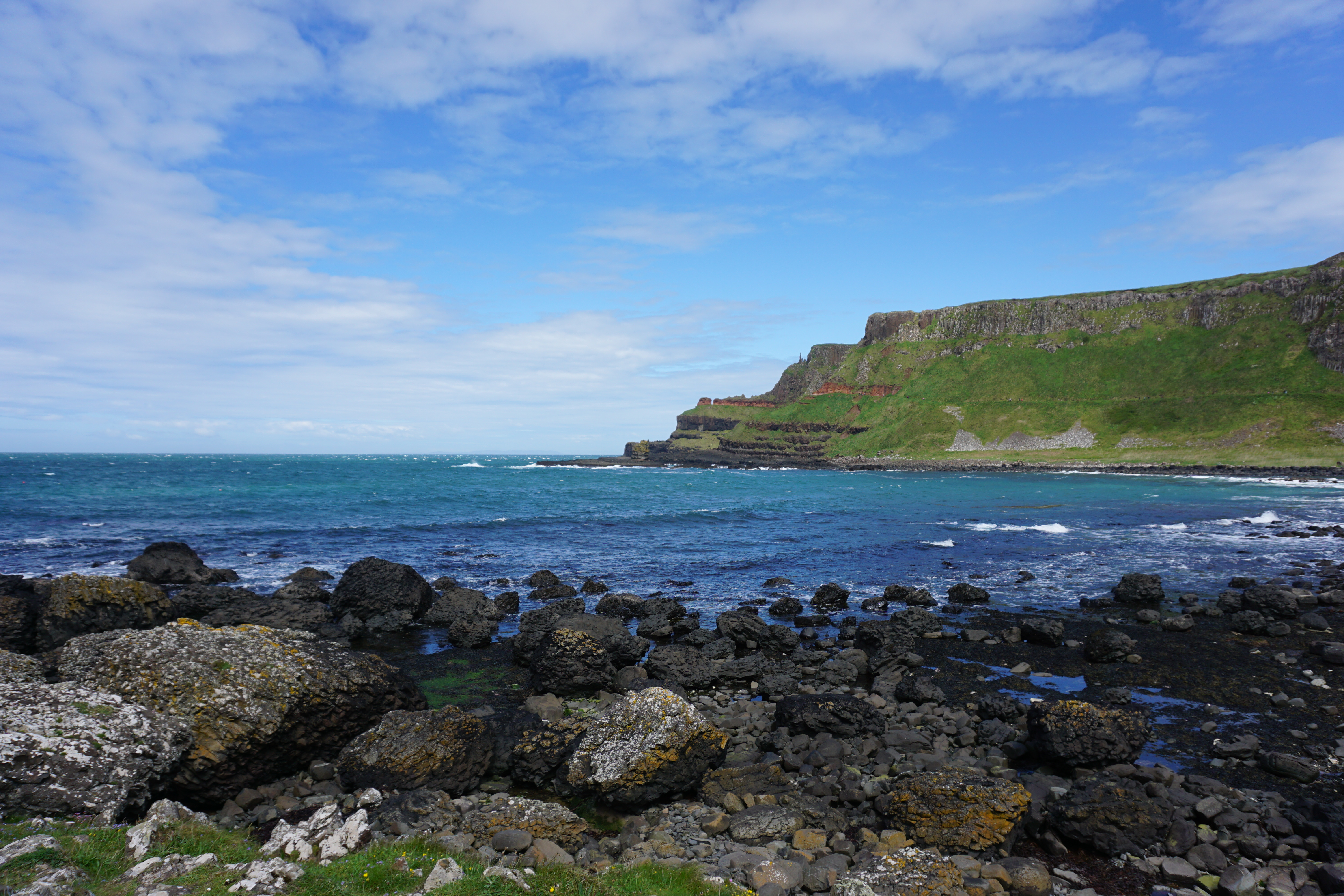 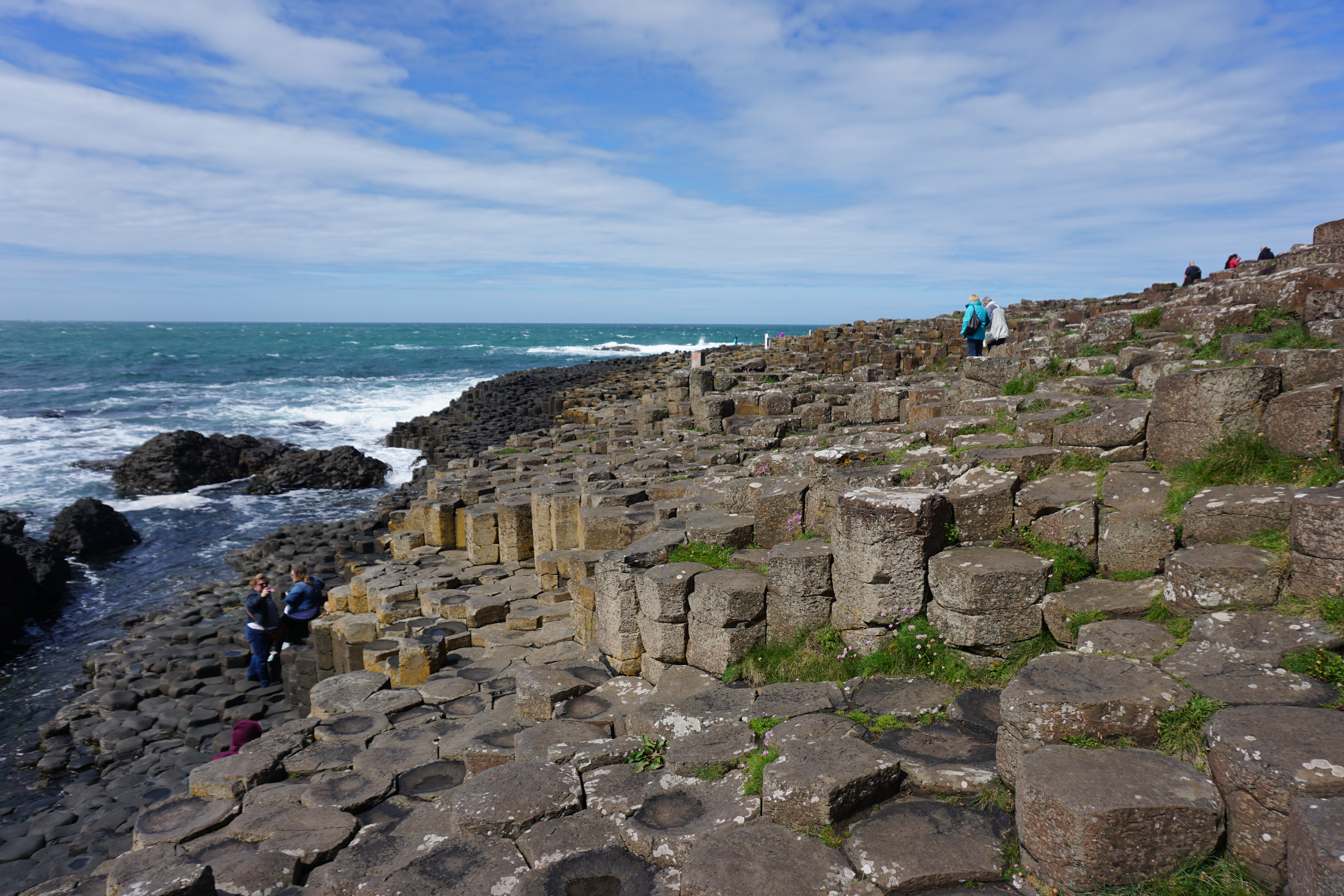 The last stop on our tour tipped the scales towards the adventurous side. En route south, we stopped to brave an old ‘rope bridge’. Historically, fisherman used to navigate across carrying equipment and holding onto a single support rope. I do not now how they could do this, as the weight of their nuts had to have put tremendous pressure on the rough rope. Needless to say, they reinforced it a bit since, but that didn’t stop me from feeling a bit like Indiana Jones! Once my heartrate settled down, I settled back down in my seat in route back to Dublin. We arrived across Trinity College a tad past eight. 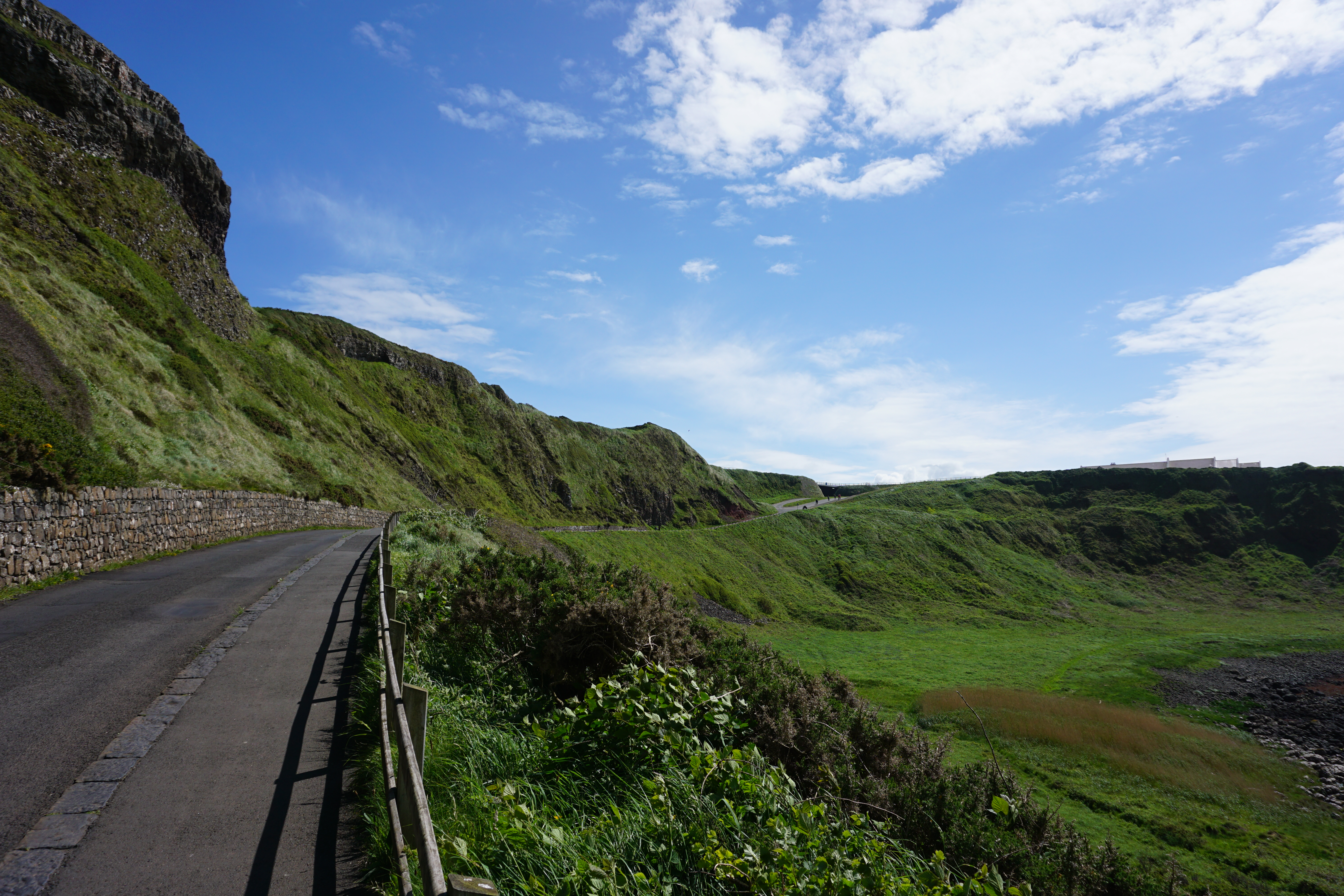 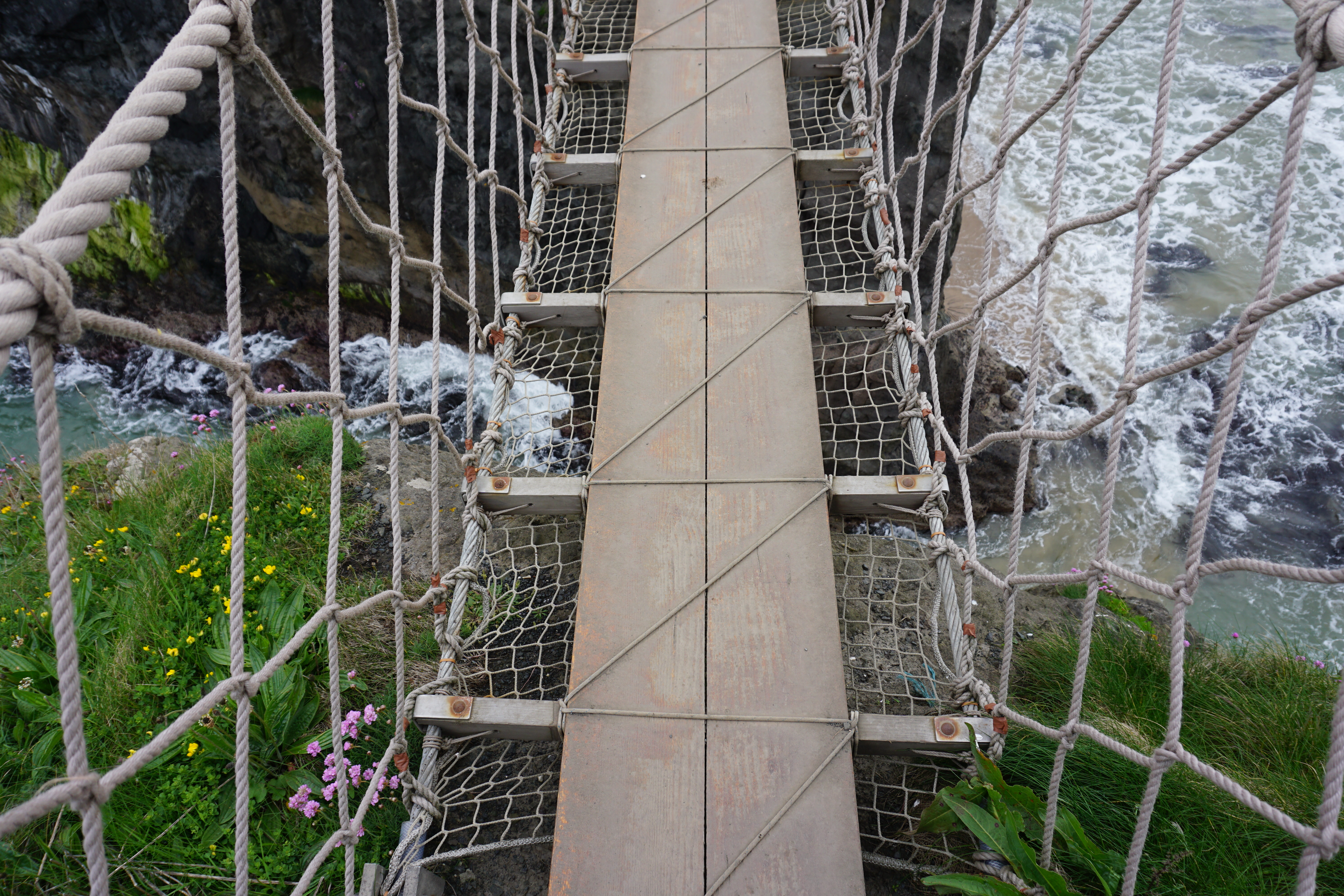 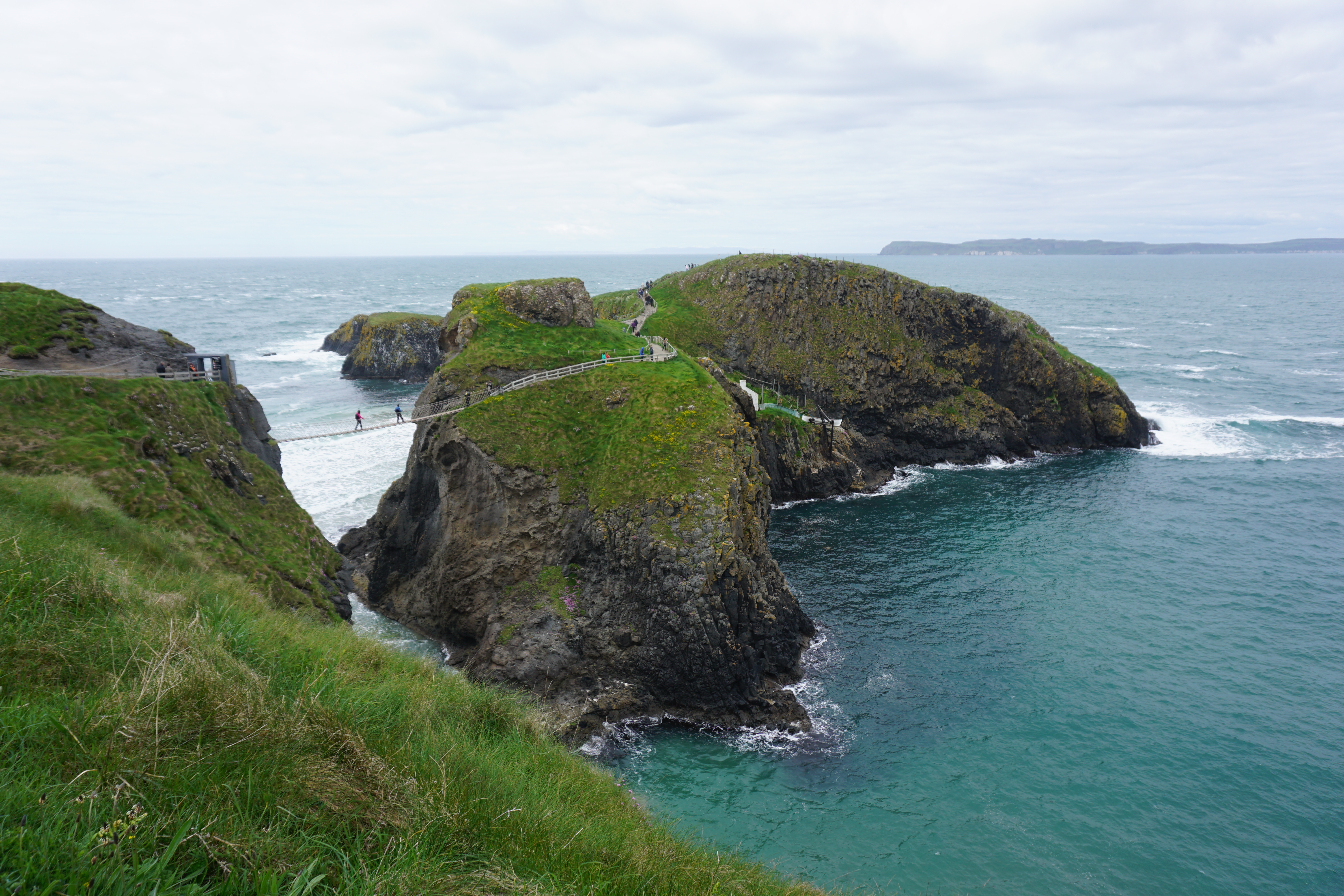 As I was freshening up for a night out, at around 9er loud music started rocking from the lobby. I had saw a flier for a band playing tonight, but I simply was not prepared for what lay ahead. Apparently a local band ‘Vann Music’ planned to premiere a new single tonight. They literally transformed the bar area into a concert hall, I couldn’t believe it. Outsiders had to pay 10 euro cover too! I chatted with some dime Dutch girls about dance music before eventually chilling some a Dubliner and his younger cousin from the US of A. Apparently shot the band’s video for their last single. After rocking out, aside from buying me a drink, he even offered to drive me to a pub he recommended (in his X5 nonetheless). Thus, I ended up pubbing hard. The first pub had salsa-ish dancing. I meet up with some Dubliners and a Germany girl and we danced the night away. At around 2ish, I swung over to Temple Bar to check out some more pubs in the touristy area. I had planned on going to Porterhouse (as I loved in in London per Kristof’s recommendation), but in my state, I settled for a different bar. Things ended up working well as I chatted with a group of guys and gals from Sweden whilst drinking great pints! To close out the night, I downed some sloppy street food and stumbled back in around 4AM. Gladly, I didn’t have to get up too early tomorrow…