Excitement filled the air as I awoke from my hostel in Belgrade. EXIT had finally arrived!

I walked over to the bus station and prompted purchased a ticket to Novi Sad. Luckily, the next bus would leave in only 6 minutes…so much for grabbing a snack beforehand, but whatever, the earlier the better, right?! After hoisting my backpack into the overhead compartment, I let go of all my stress and began ascending down into my seat. “Knife, KNIFE!”, shouted the girls in the seat next to me as they pointed to a kitchen knife wedged into my seat (blade outward!). With confused looks on all of our faces we laughed it off (the girls even took a couple knife selfies, haha).

An hour an a half or so later, my bus lowered its suspension and let me off at the main terminal in Novi Sad. I asked the aforementioned girls if they knew how to get to the fortress, but communication breakdowns and general confusion prevented me from getting an easy answer. Out of the corner of my eye I spotted some spokespeople for EXIT; thus, I walked in their general direction. They provided me with a map and a few minutes later I took a taxi to ‘Hostel Residence C’.

I checked in and they noted that I would be sharing a room. I of course knew this, but out of curiosity asked how much it would cost for a solo arrangement–too much. After acquiring my key, I entered me room to be greeted in a familiar language: English! My roommate hailed from England and right off the bat I knew things would be great. Next, I walked to the fortress to pick up my wristband (and avoid the potentially enormous lines later). 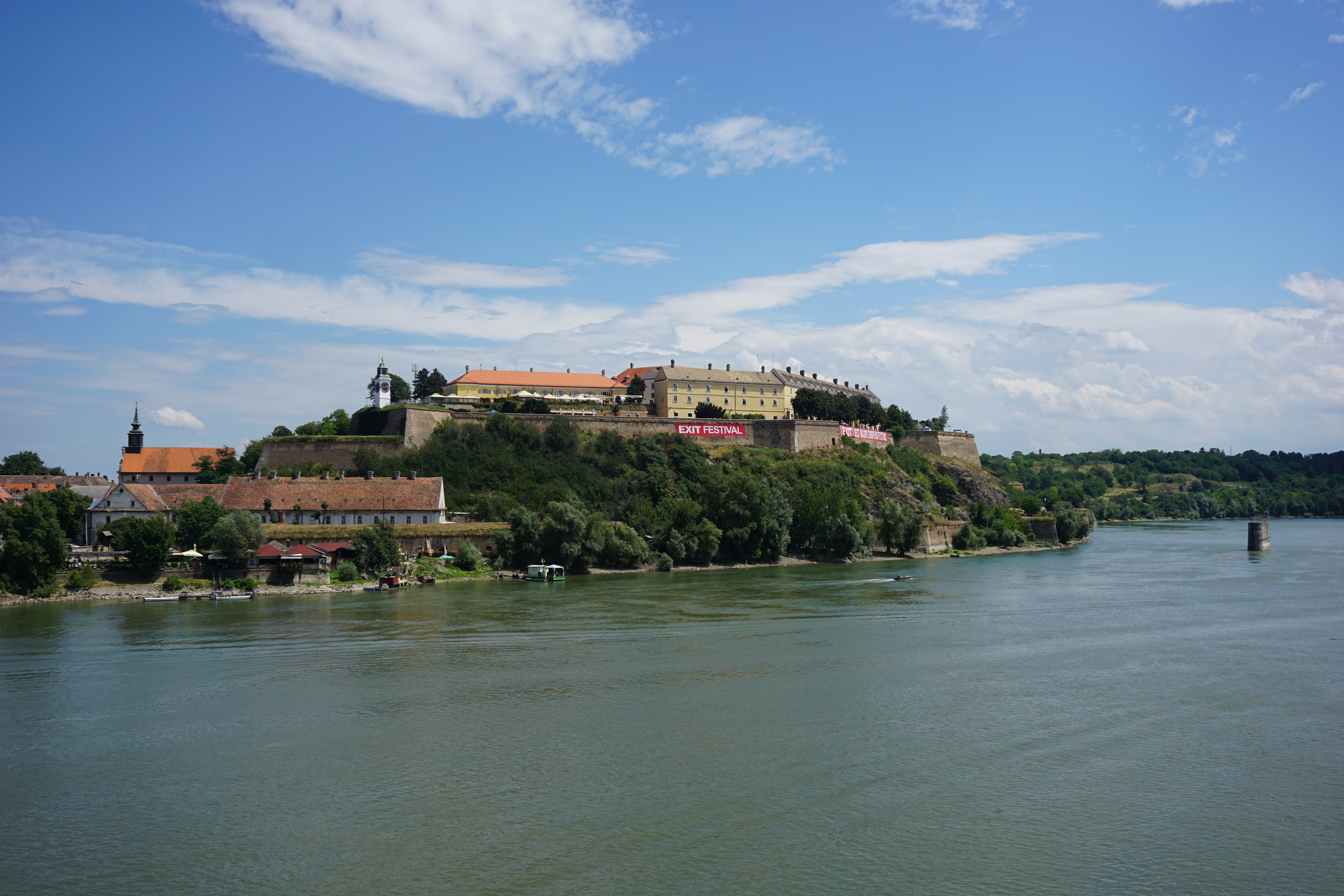 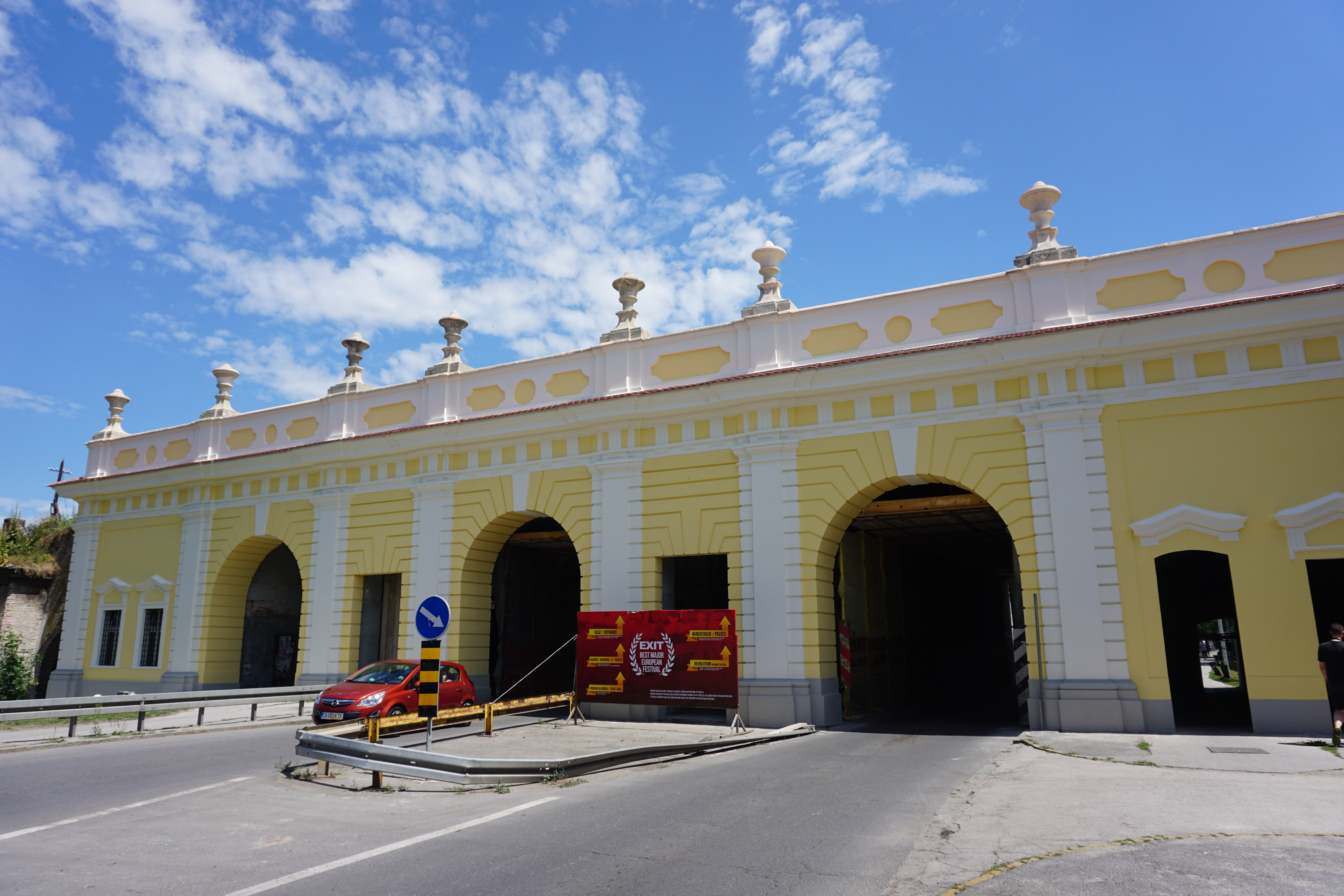 Starving, I also enjoyed some noms: 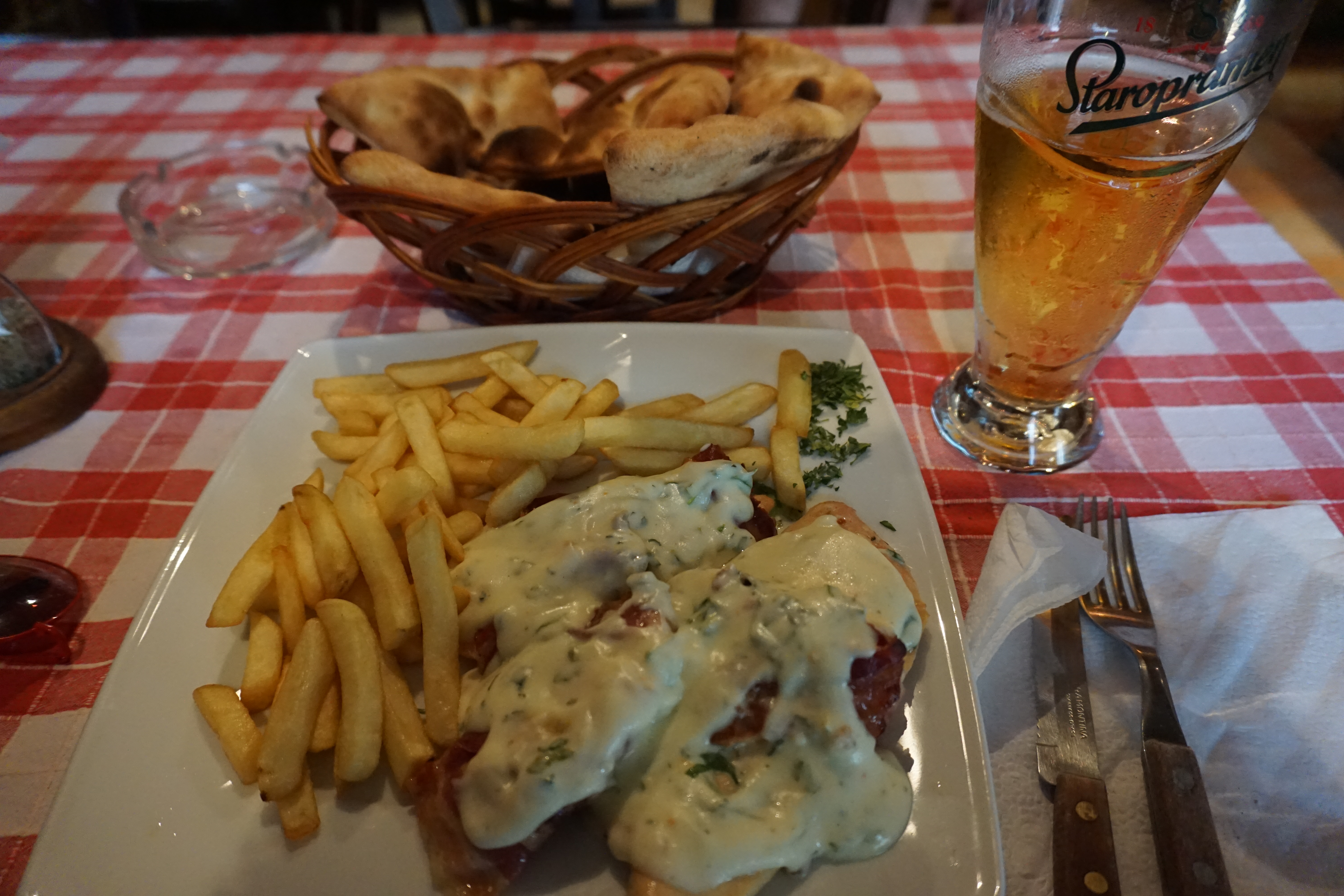 Unfortunately, this got me caught in a downpour of rain! The rain soon cleared up (but not before soaking me) and I found my way back to Residence C. Oh and I noticed some boats parked next door too: 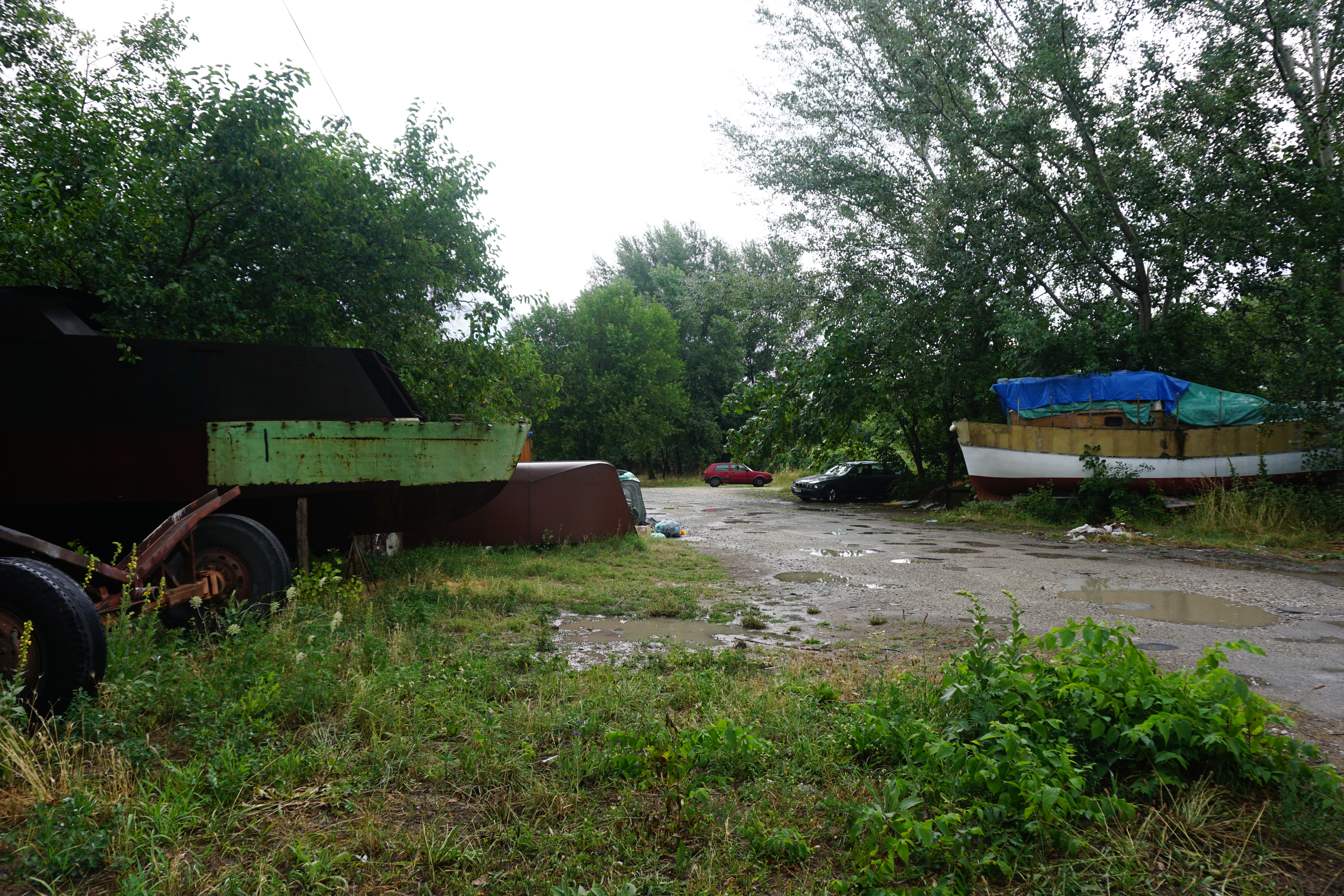 Soon enough we started to drink pretty heavily. On our balcony we also met other English blokes from upstairs and invited them to join us in some drinking games. 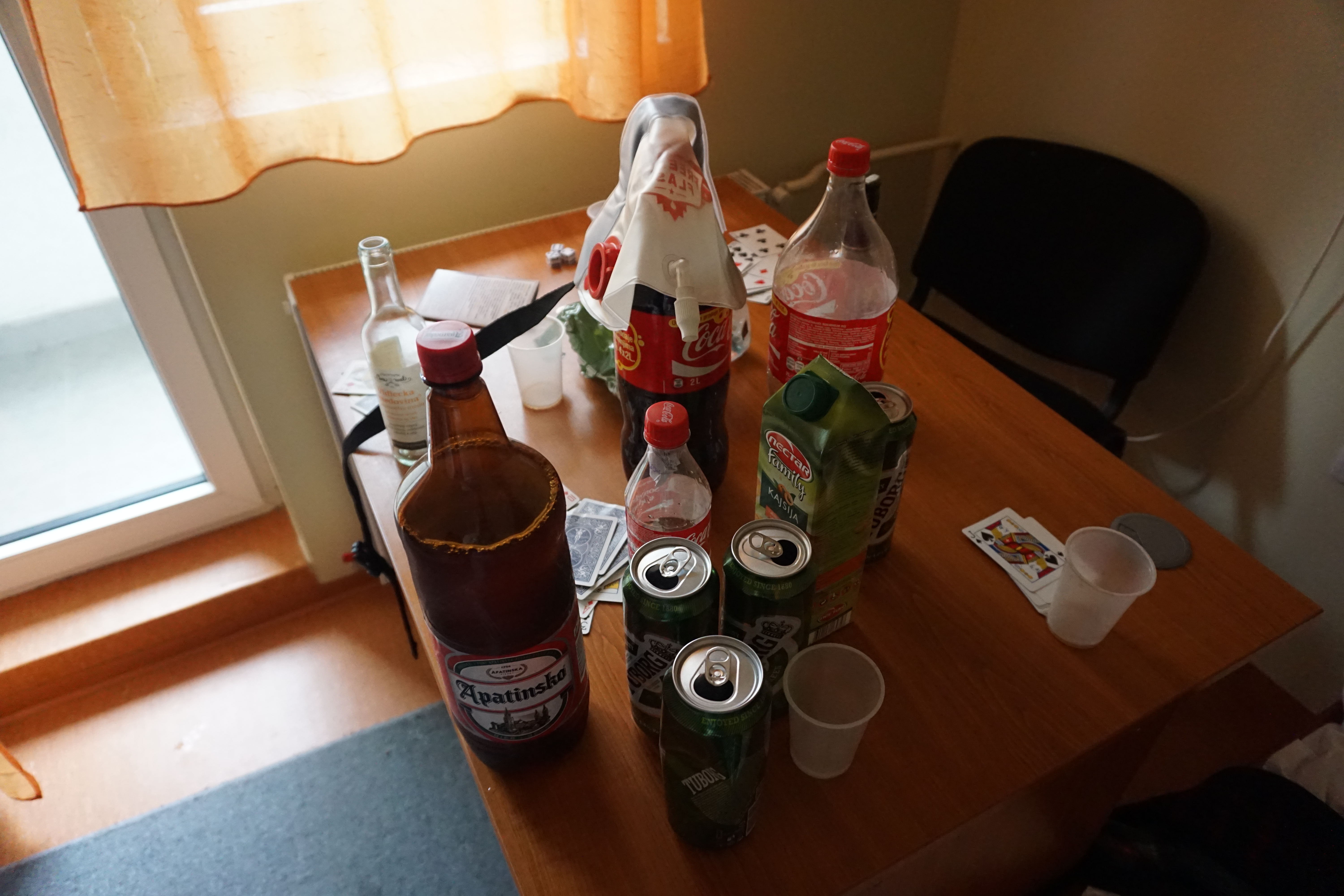 Around dinner time, my roommate introduced me to two other roommates in our dorm which currently studied at the university. We all ended up going to the festival in a large group (opting for cabs rather than walking)

Even the first small stage we passed surprised me. They were tucked in between the fortress walls which provided great sound, lighting, and overall awesome atmosphere! 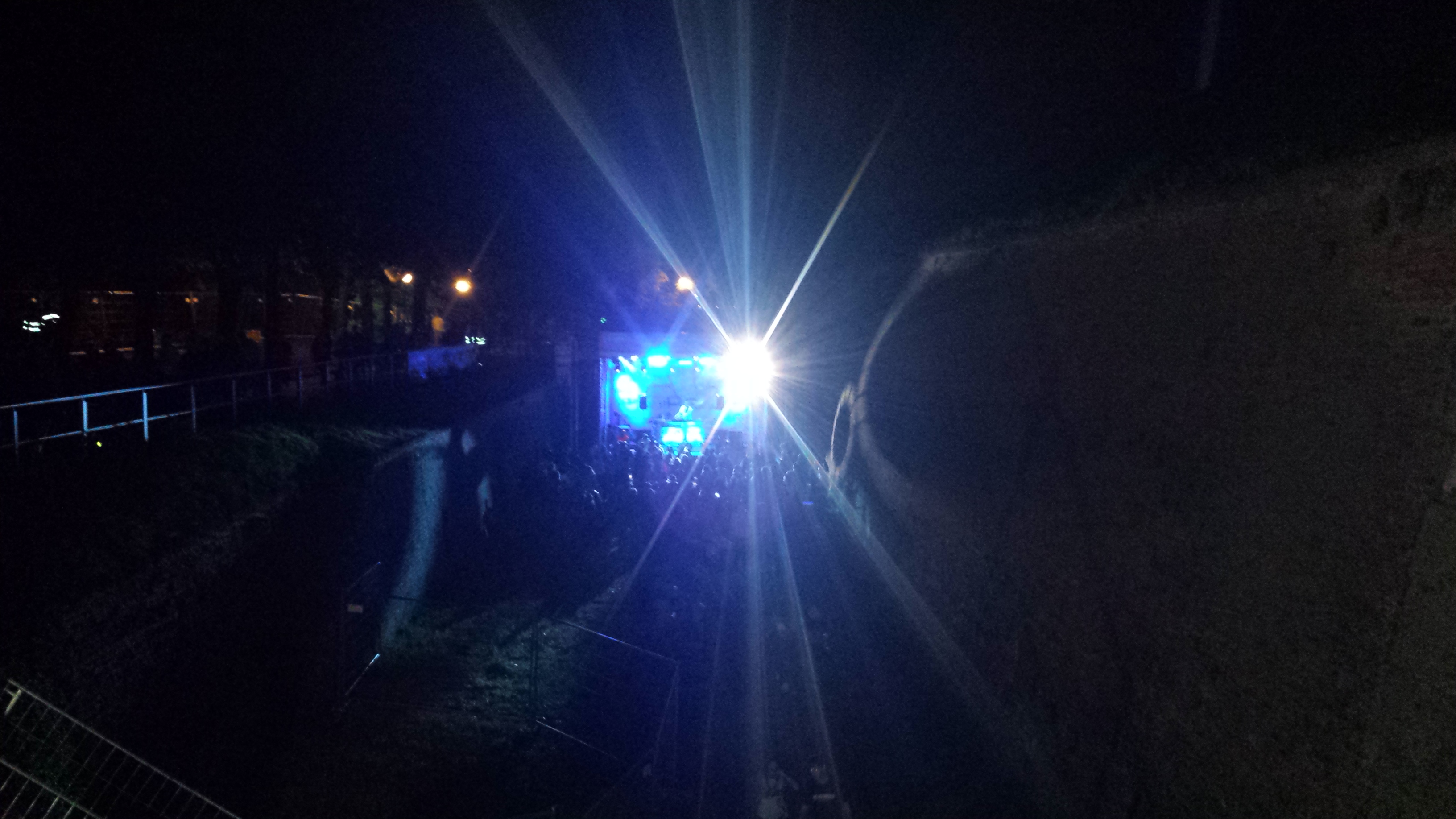 Soon the FIREWORKS at the Main Stage lit up the Novi Sad sky! 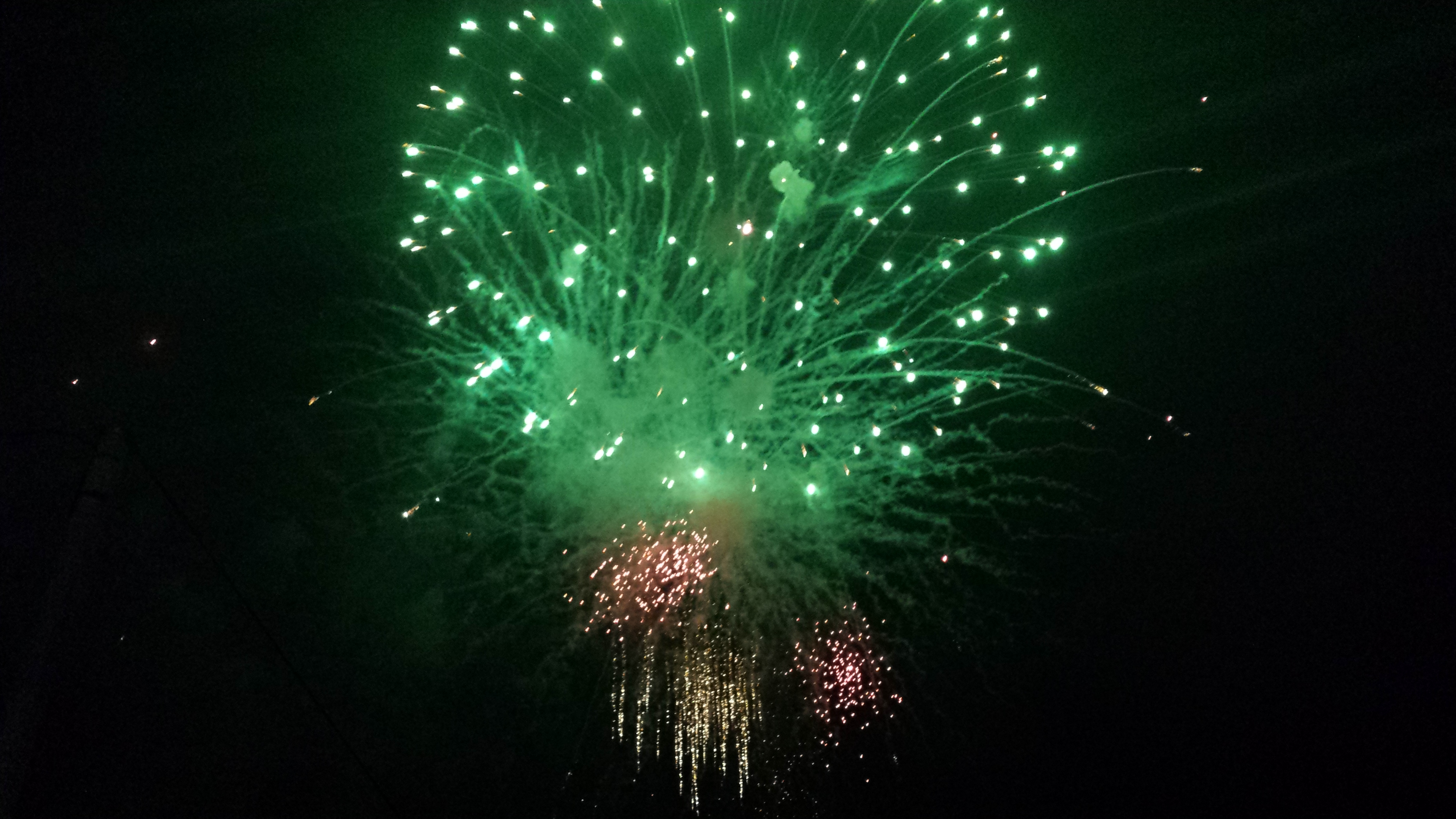 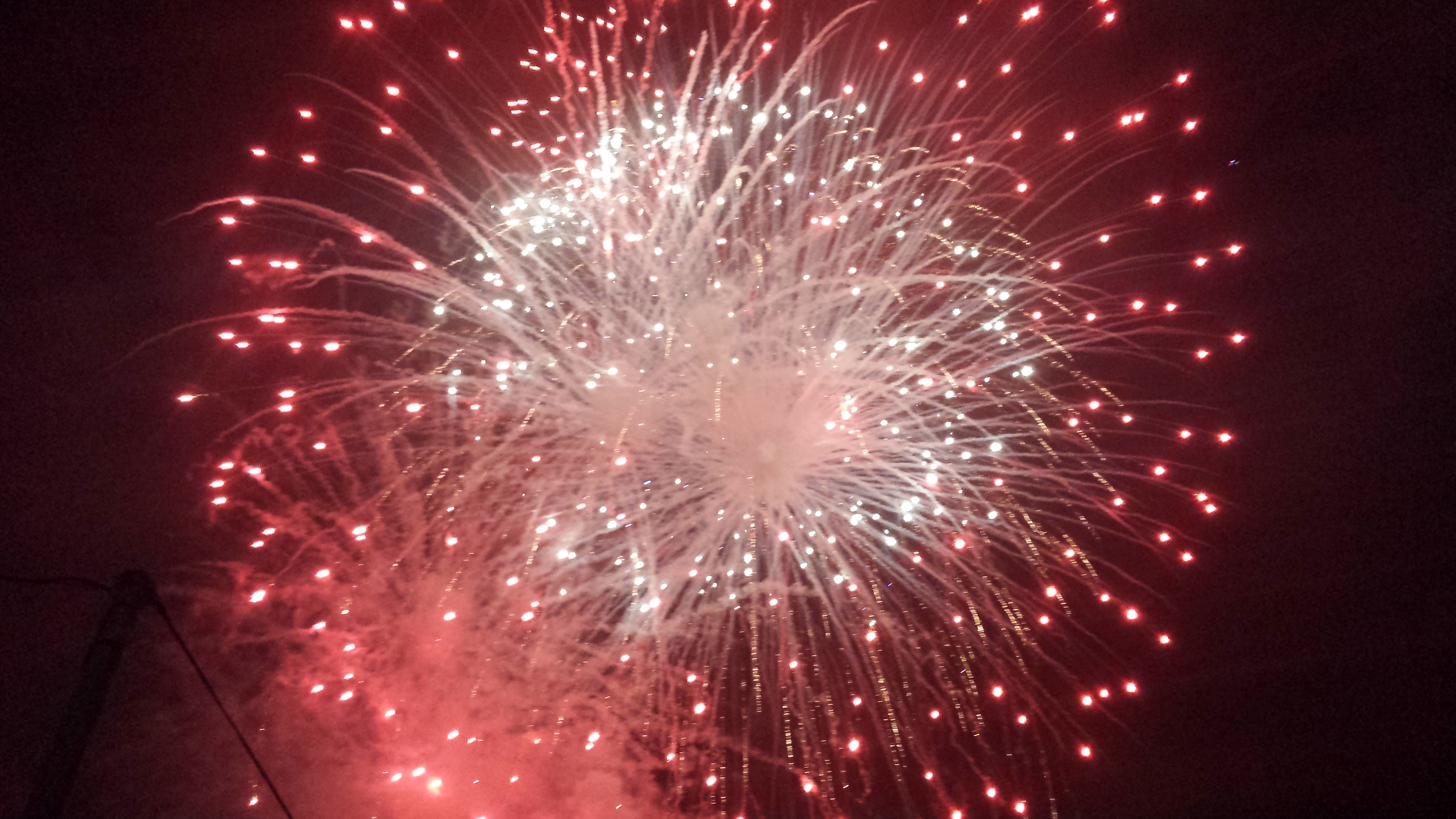 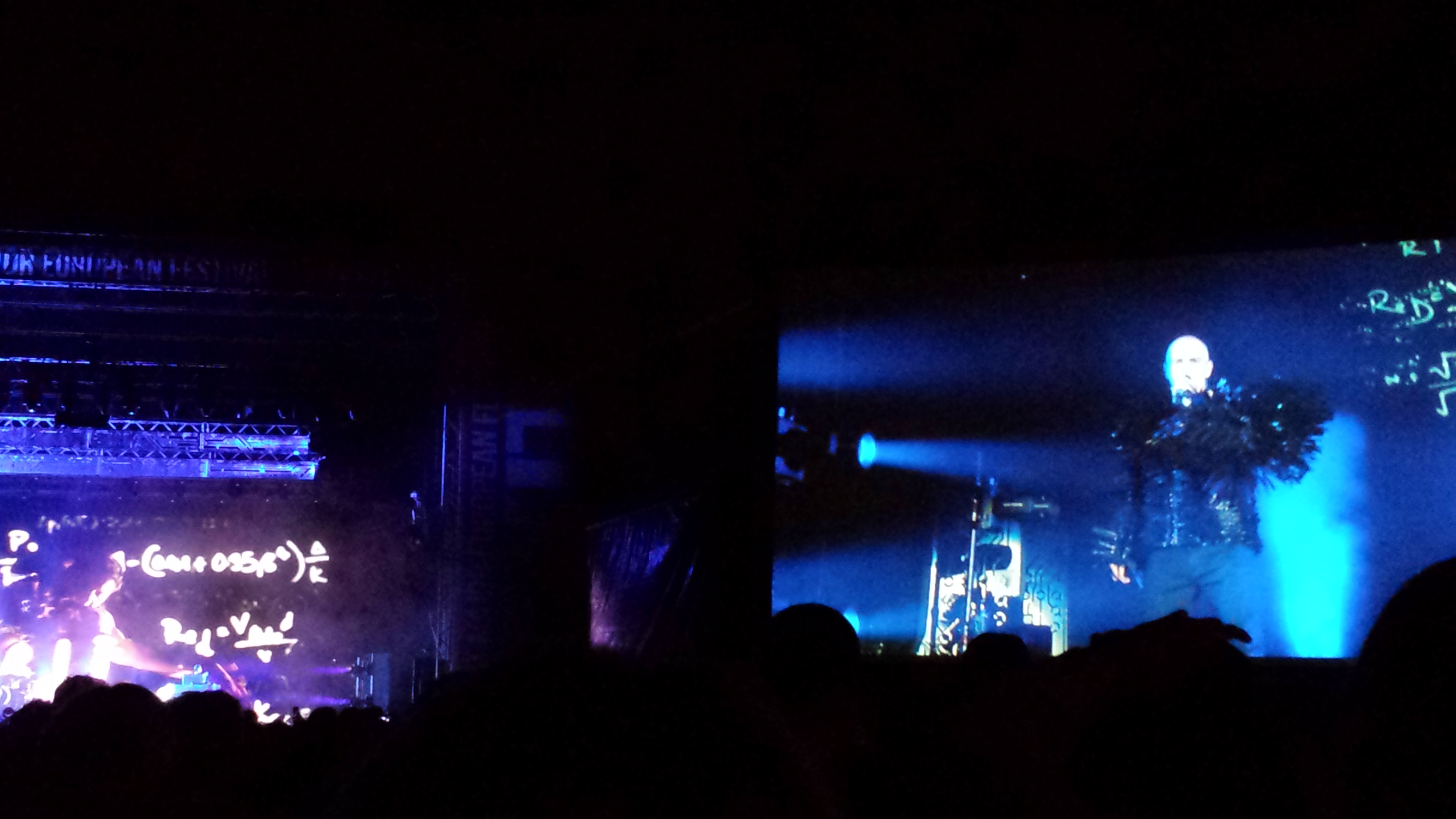 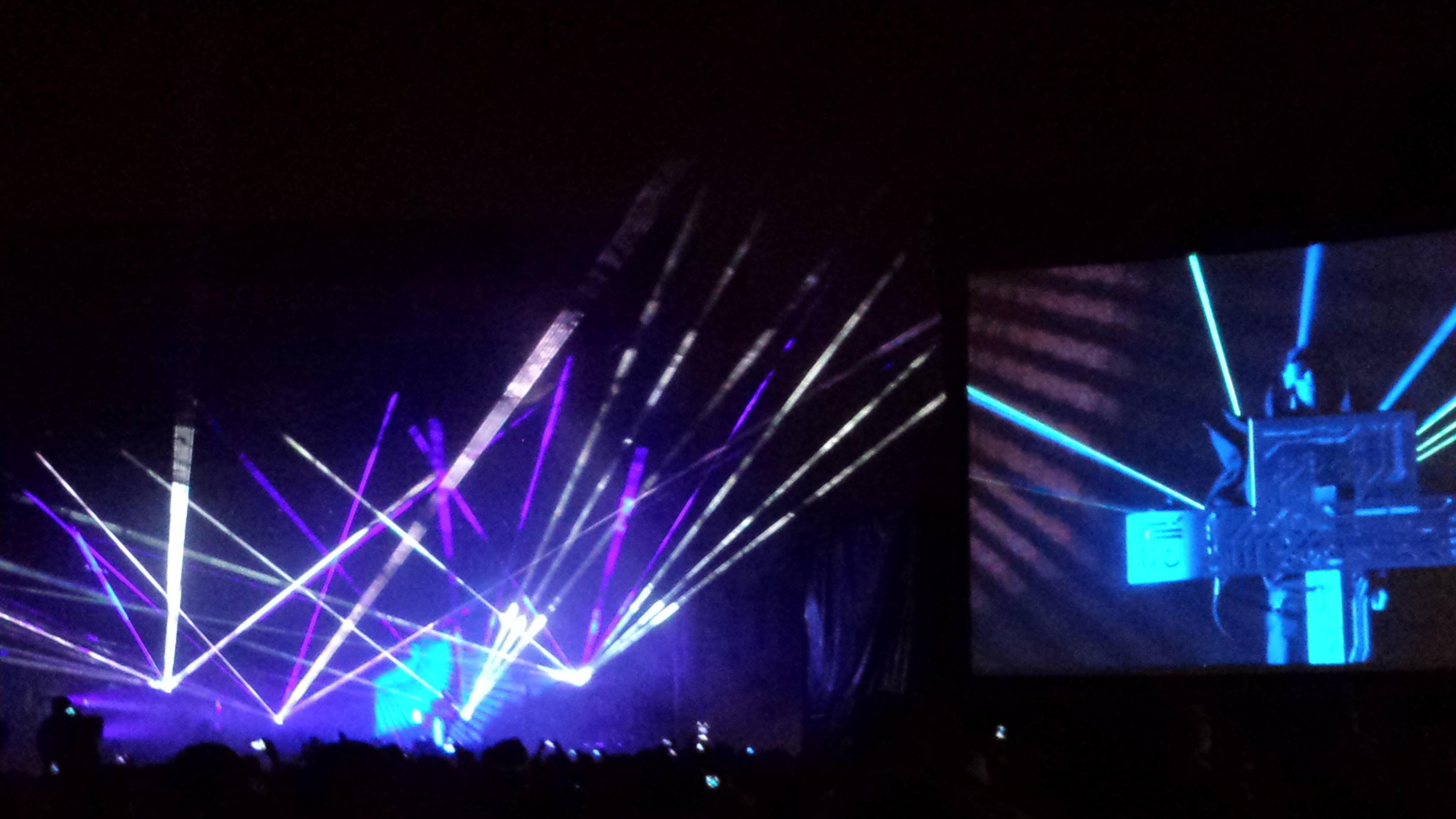 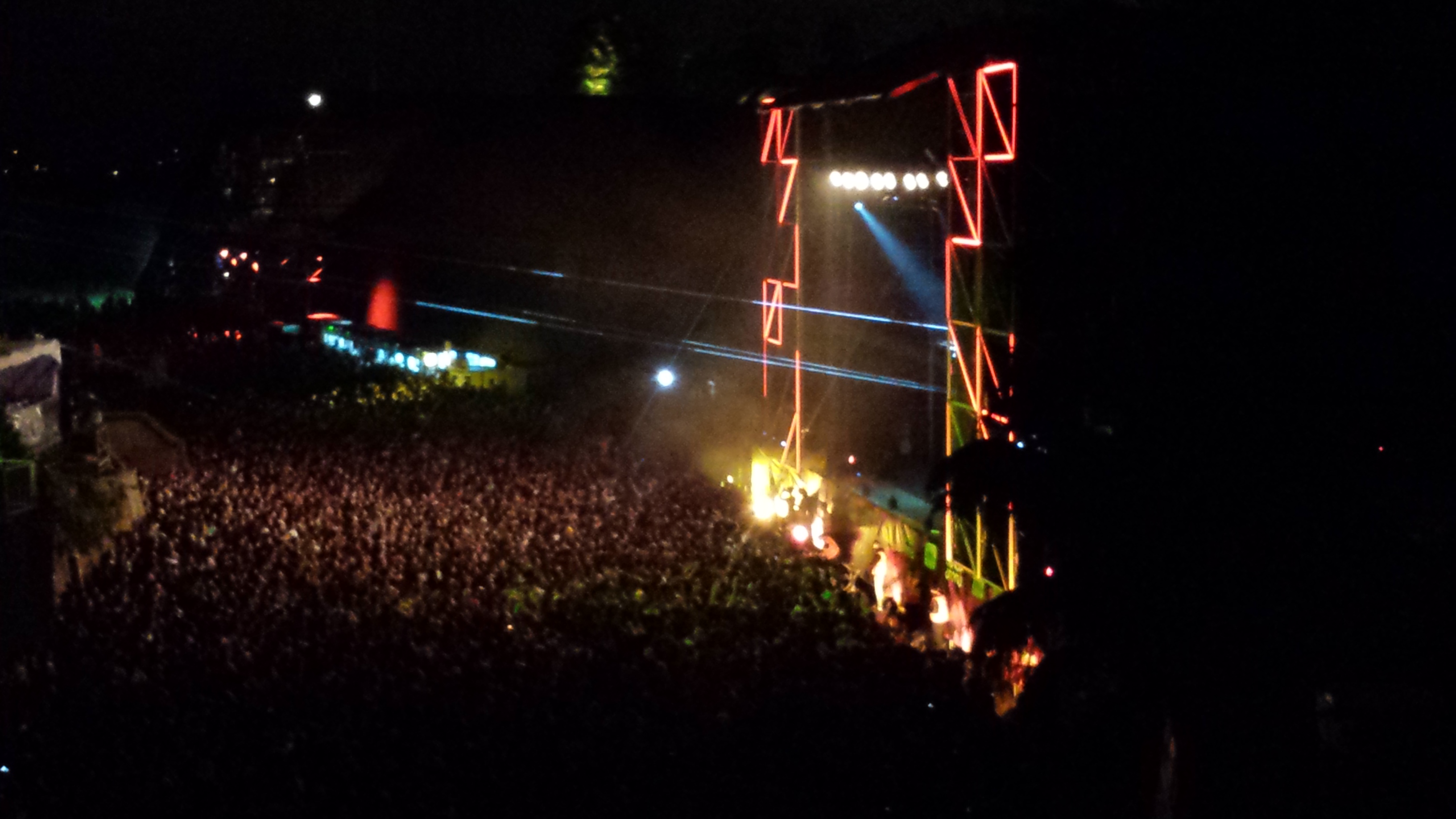 After an amazing night my roommate and our new other roommate friends cabbed it back and called it a night. Two more days of madness to go!!