After a relatively chill night before of a few brews and discussions with my hostelmates, I jumped out of bed with an extra kick to my step. One of them mentioned taking a 9:30ish train to Geneva. I had hopped to hop on the 10:00ish train to Montreux (which went in the direct of Geneva). As I had already ate breakfast, showered, and packed, I figured, what the hell, let’s try and make the earlier train. Sure enough, I made it with 5 minutes to spare!

I researched yesterday that I would transfer in Lausanne right on the lake; however, apparently the 10, 10:30, and 11AM trains all did, BUT the 9:30AM train transferred elsewhere. I asked two, not one, but two separate people on the train if the train I was on went to Lausanne, and they both assured me that it did. Unfortunately, I ended up a bit past in Geneva. Freaking out a bit, I scrambled to the help counter to try to resolve my issue. After waiting in the line, the gentleman at the desk simply told me to get a ticket from Geneva to Lausanne for $20 or so and the continue from there.

An hour or so later than expected, I arrived in Montreux! 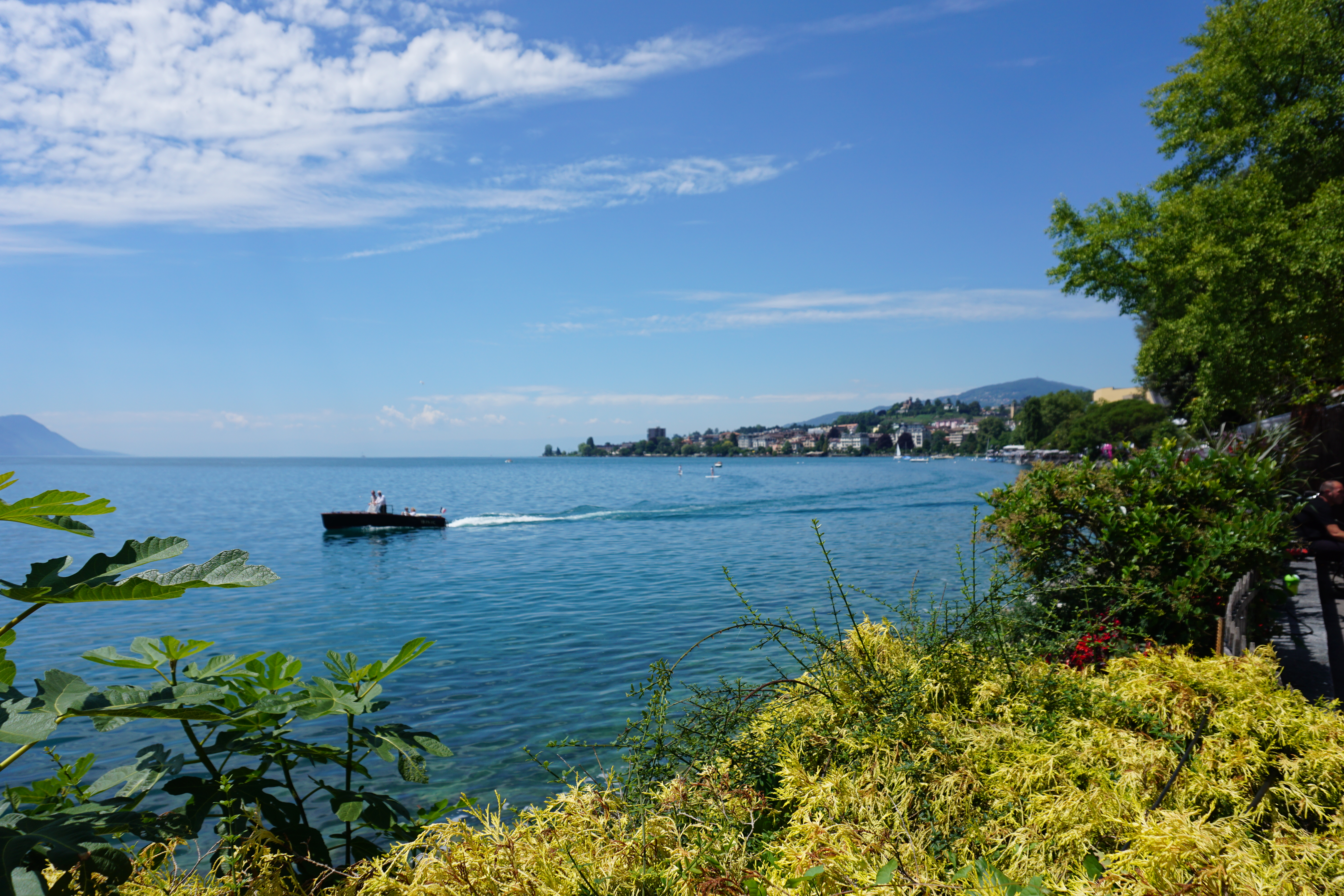 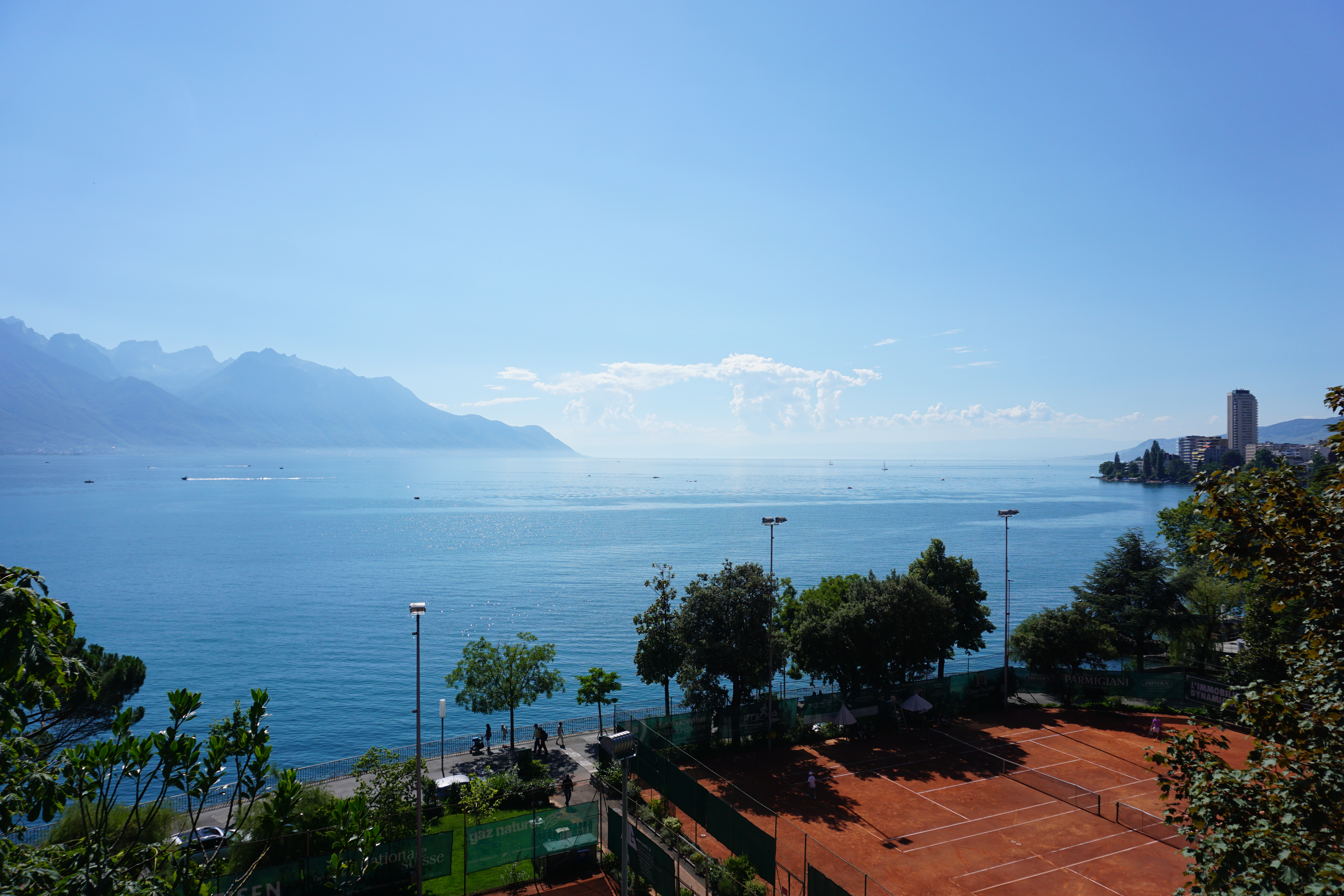 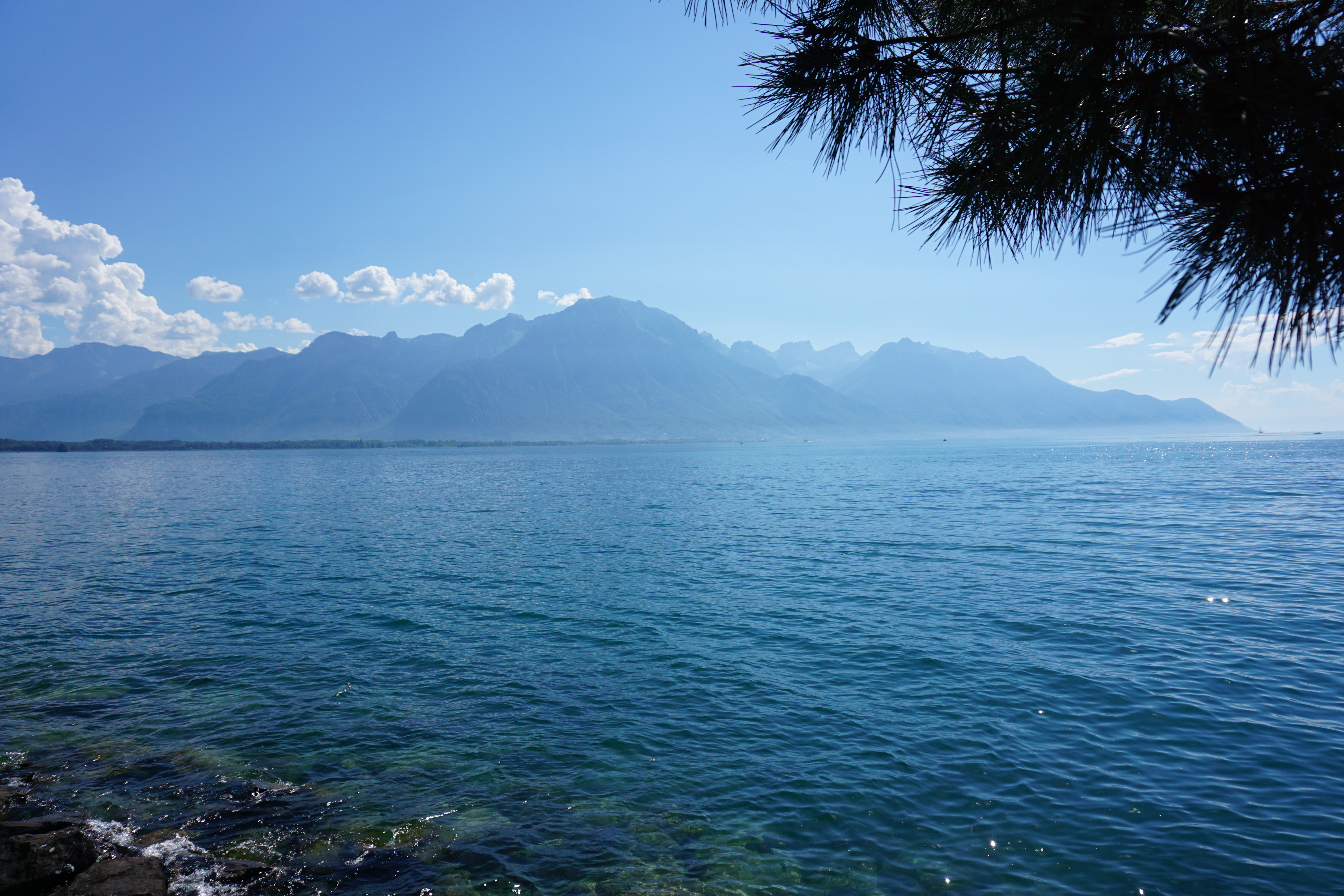 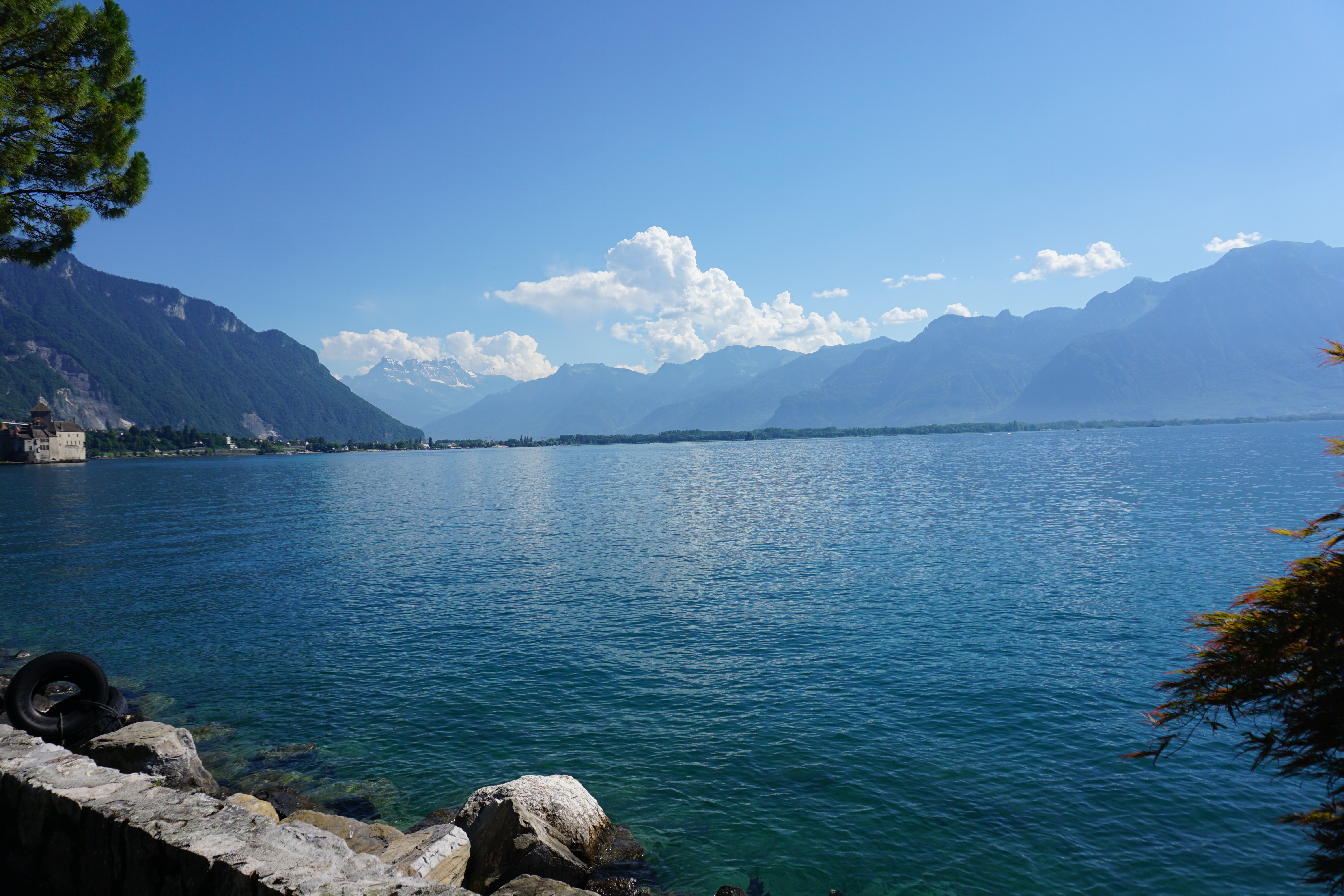 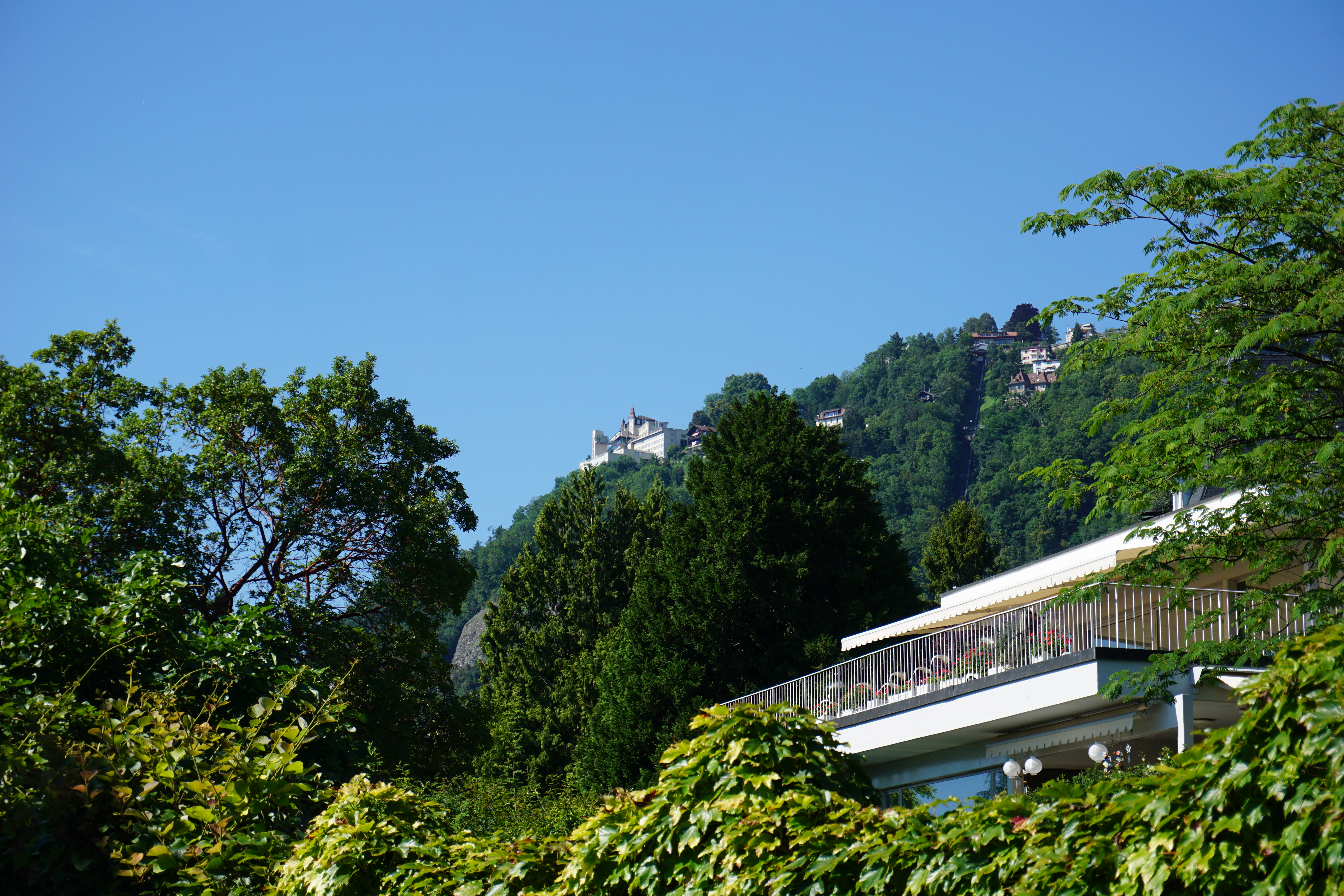 Then I retired to my hotel, yes I did not misspell that, HOTEL (not hostel). For the first time in my trip, I treated myself to a little taste of luxury. Well, and I had no choice as Montreux isn’t exactly teeming with hostels. I actually got the last room at the Bristol–paid a pretty penny–but still got it. Anyways, after getting things setup in my new adobe, I took advantage of the spa. I had the pool to myself along with the hot tub, steam, and sauna. Feeling refreshed, I headed over to the jazz festival, but not before stopping by a certain rock legend! 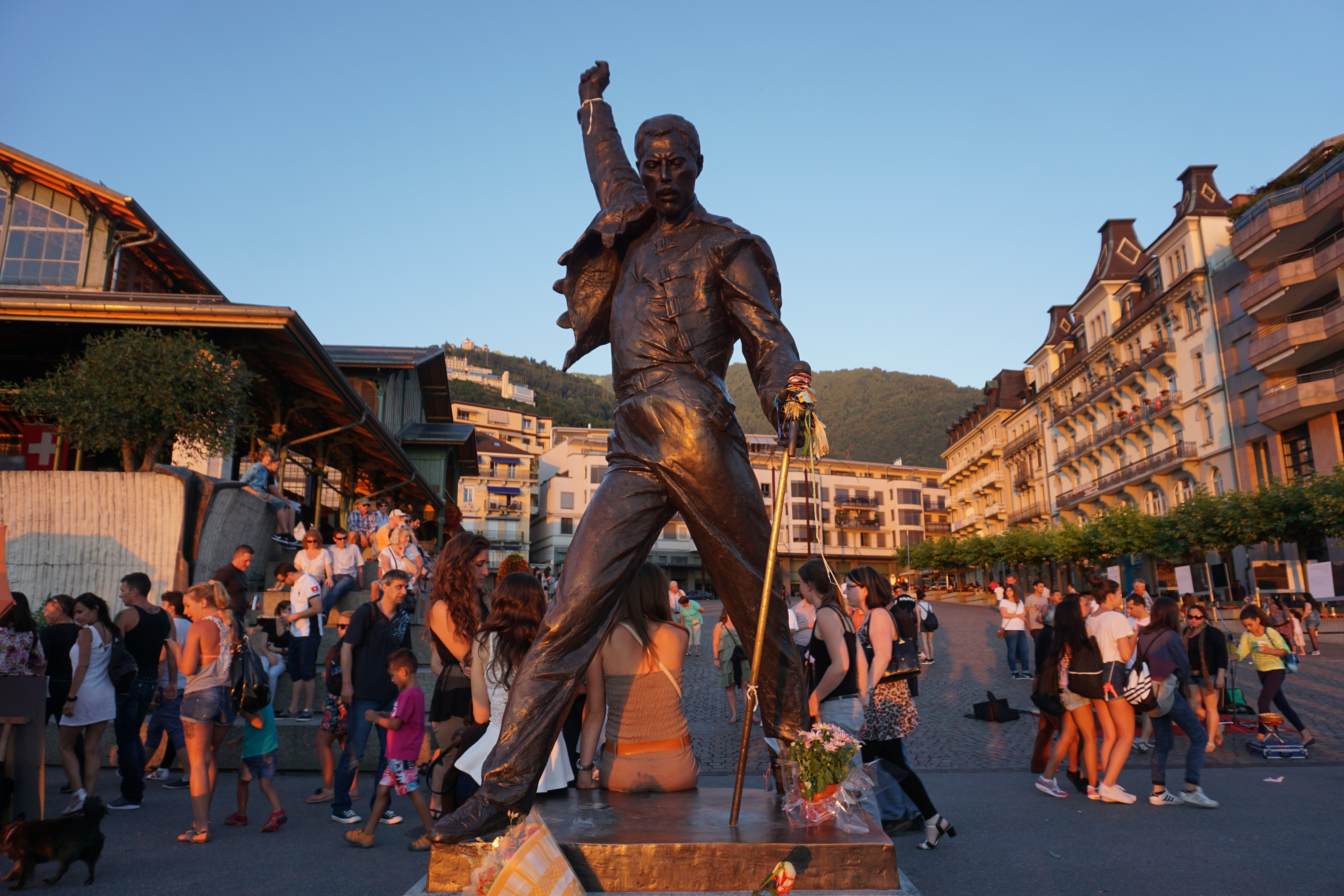 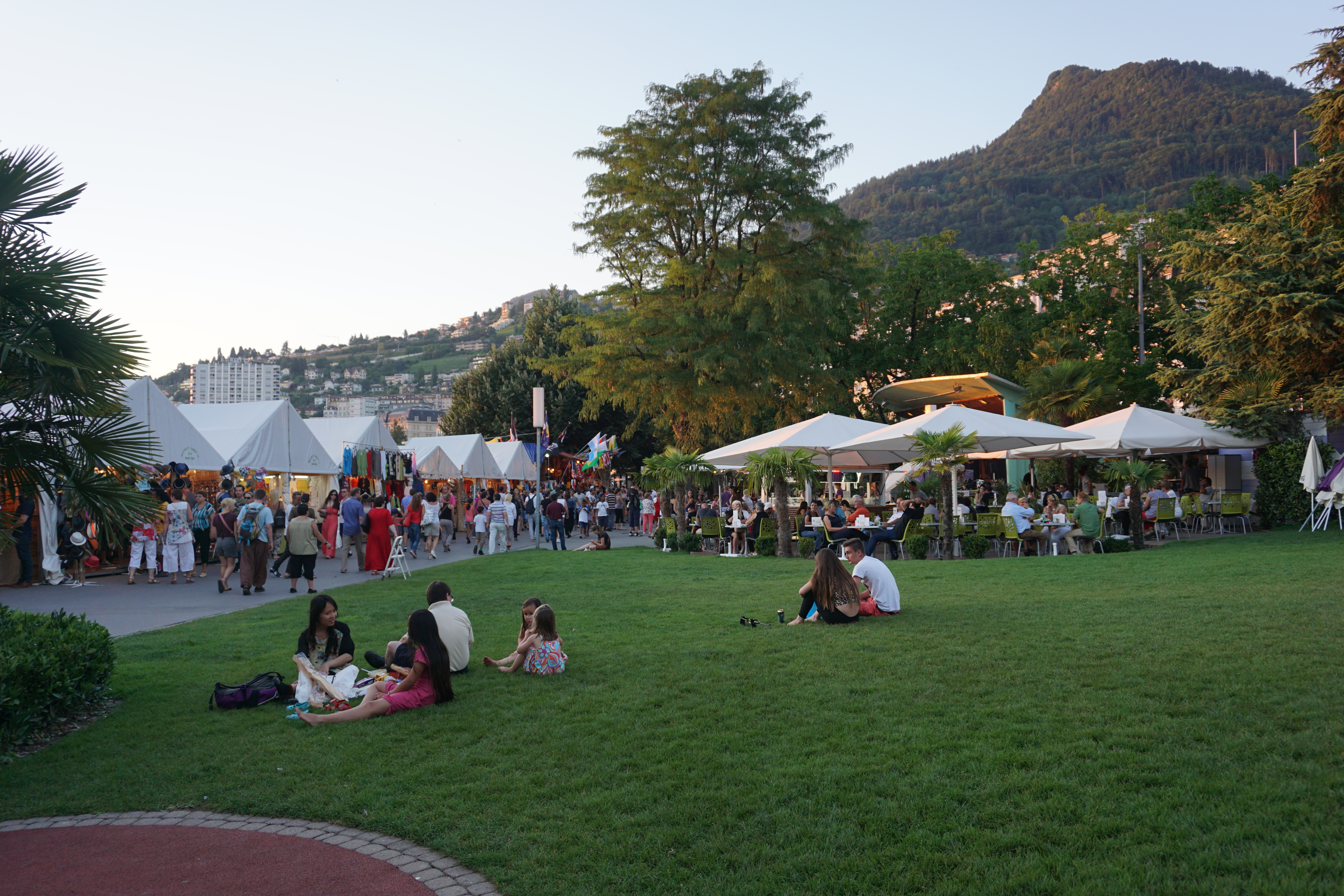 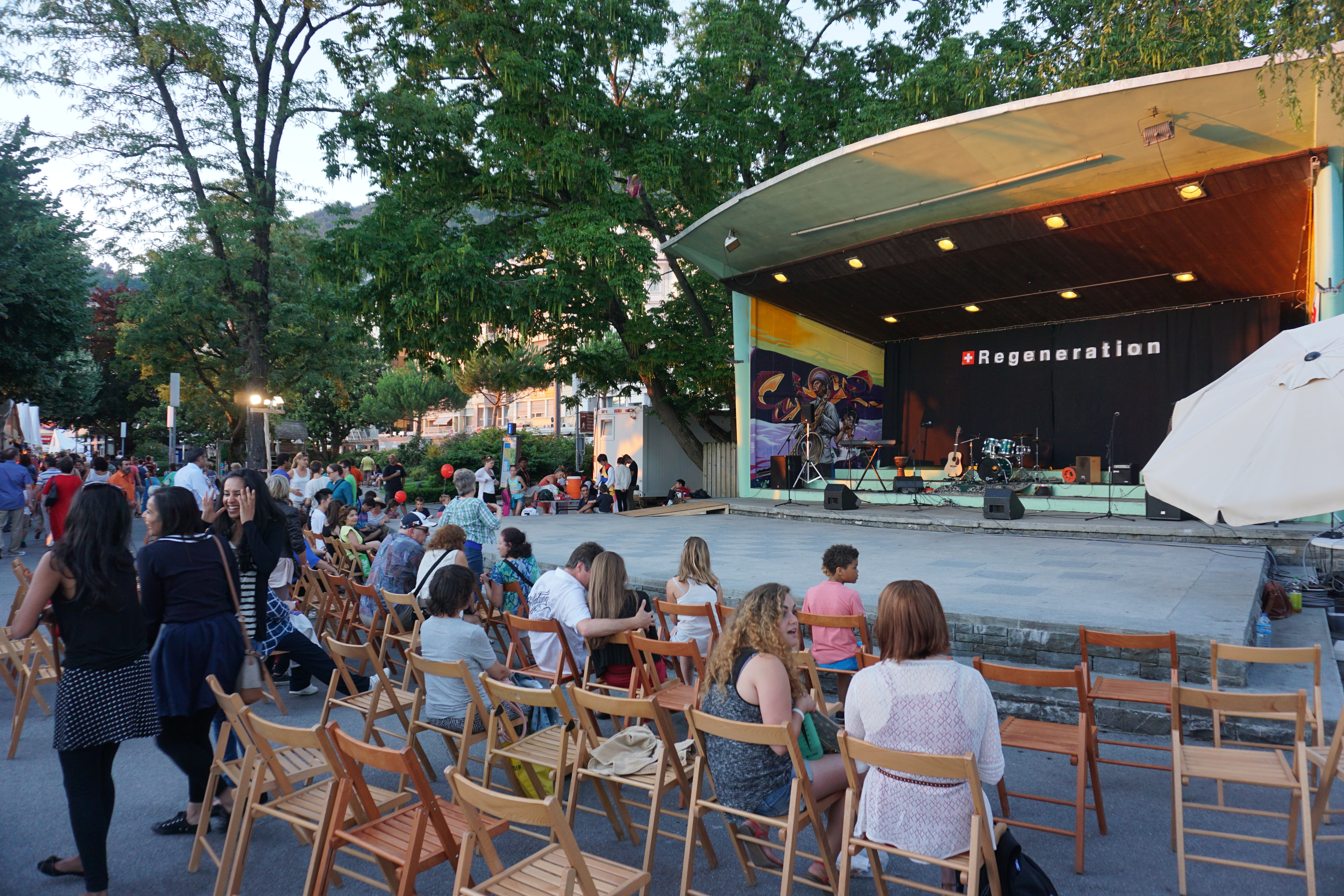 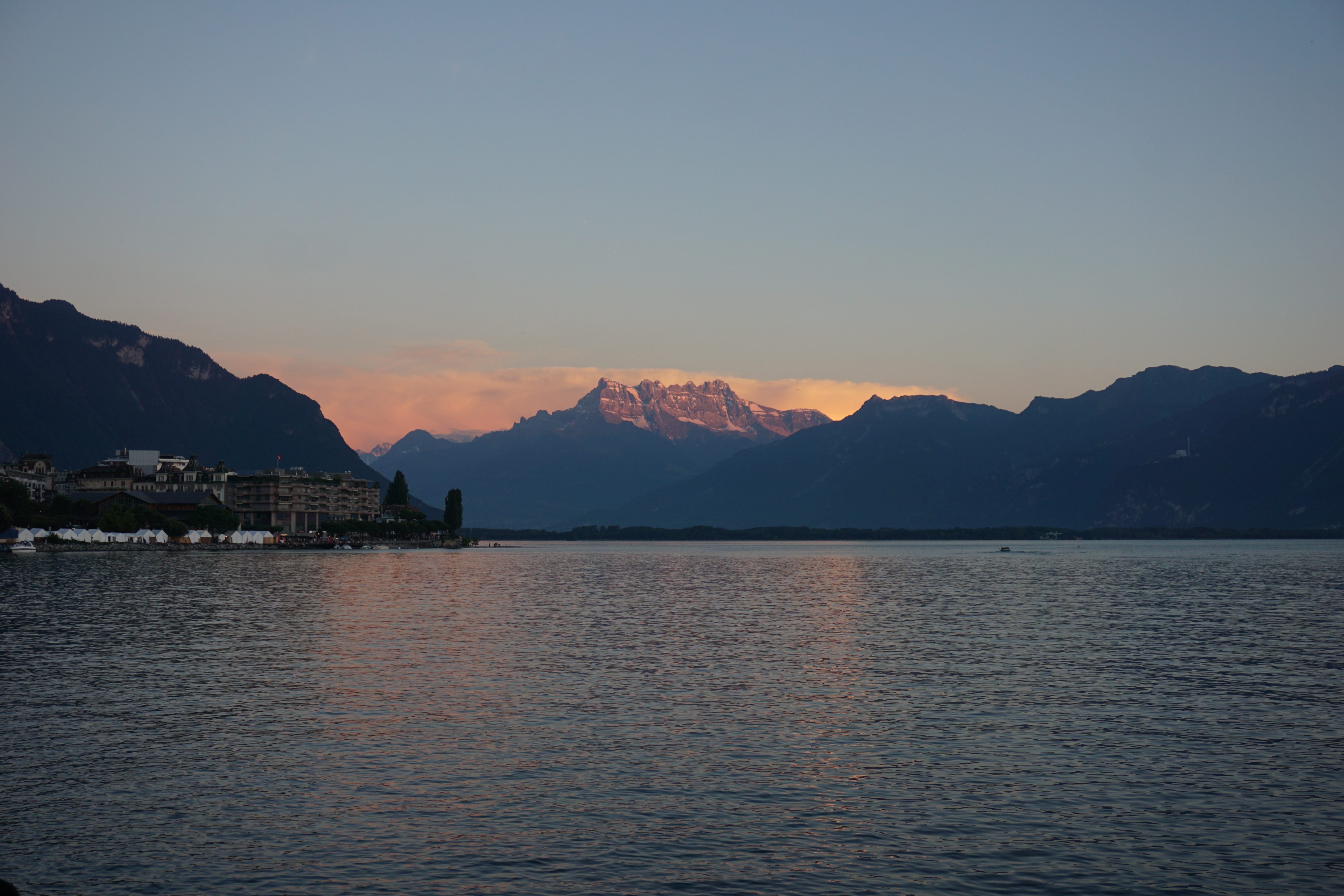 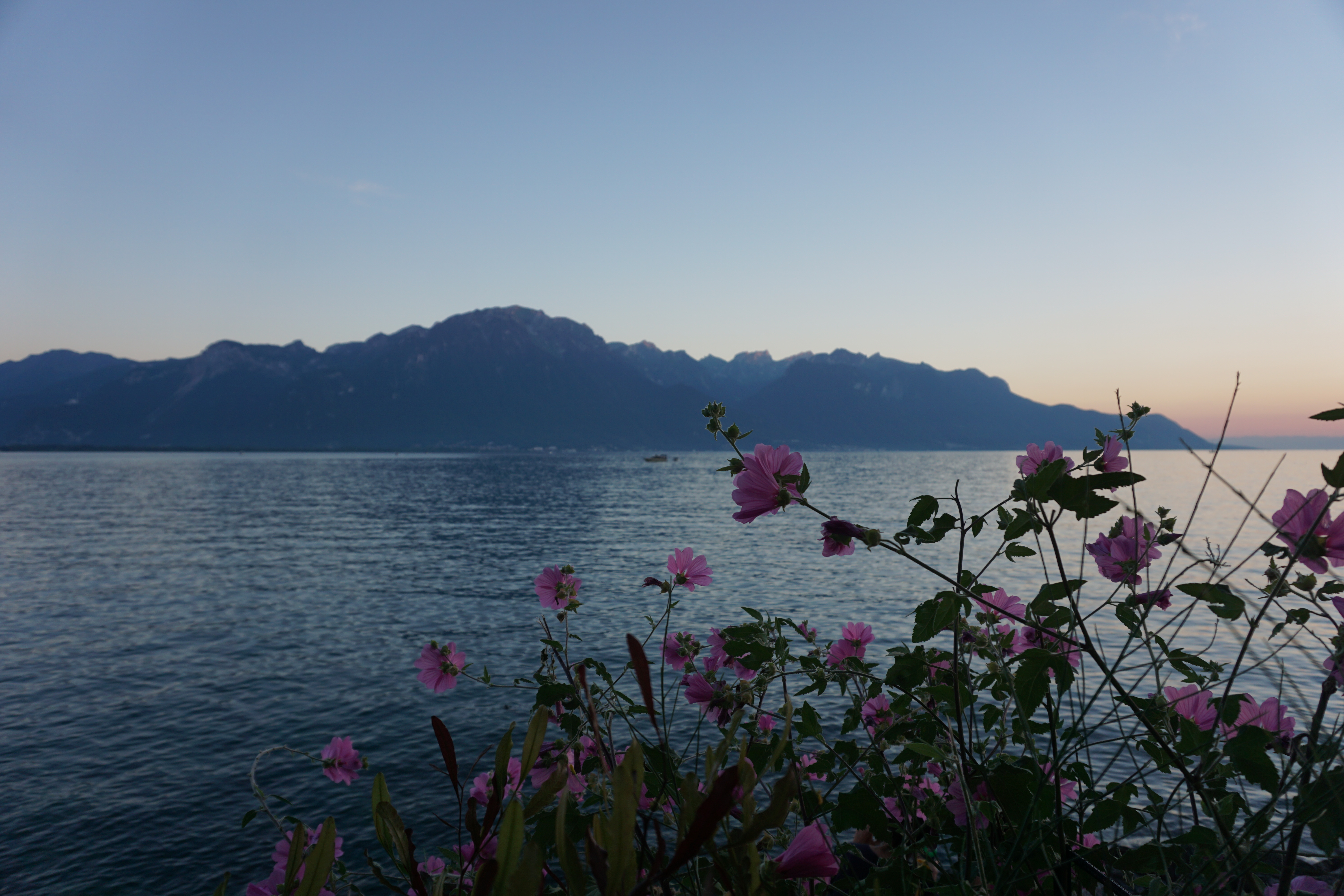 Oh and I spotted my late night snack too! 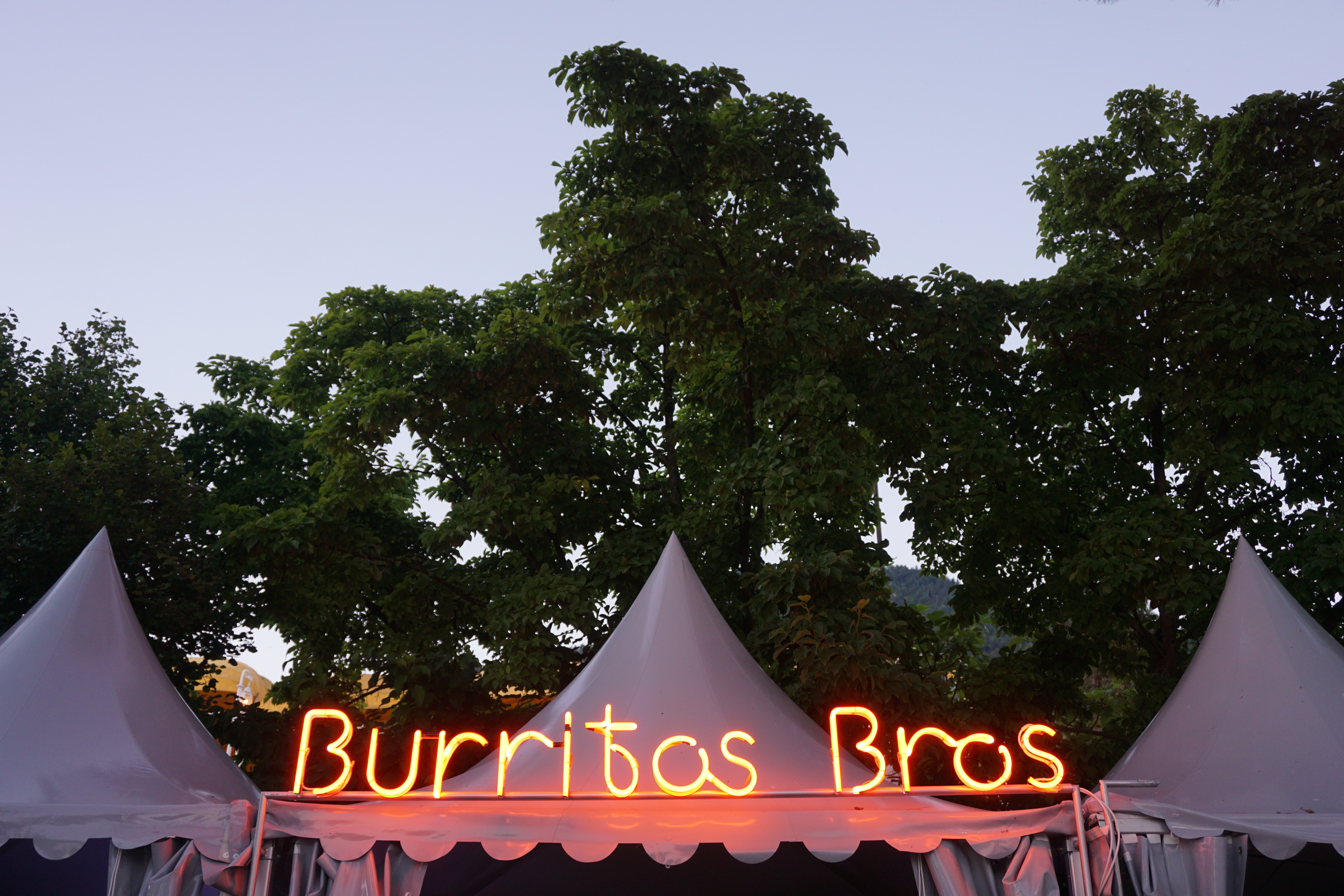 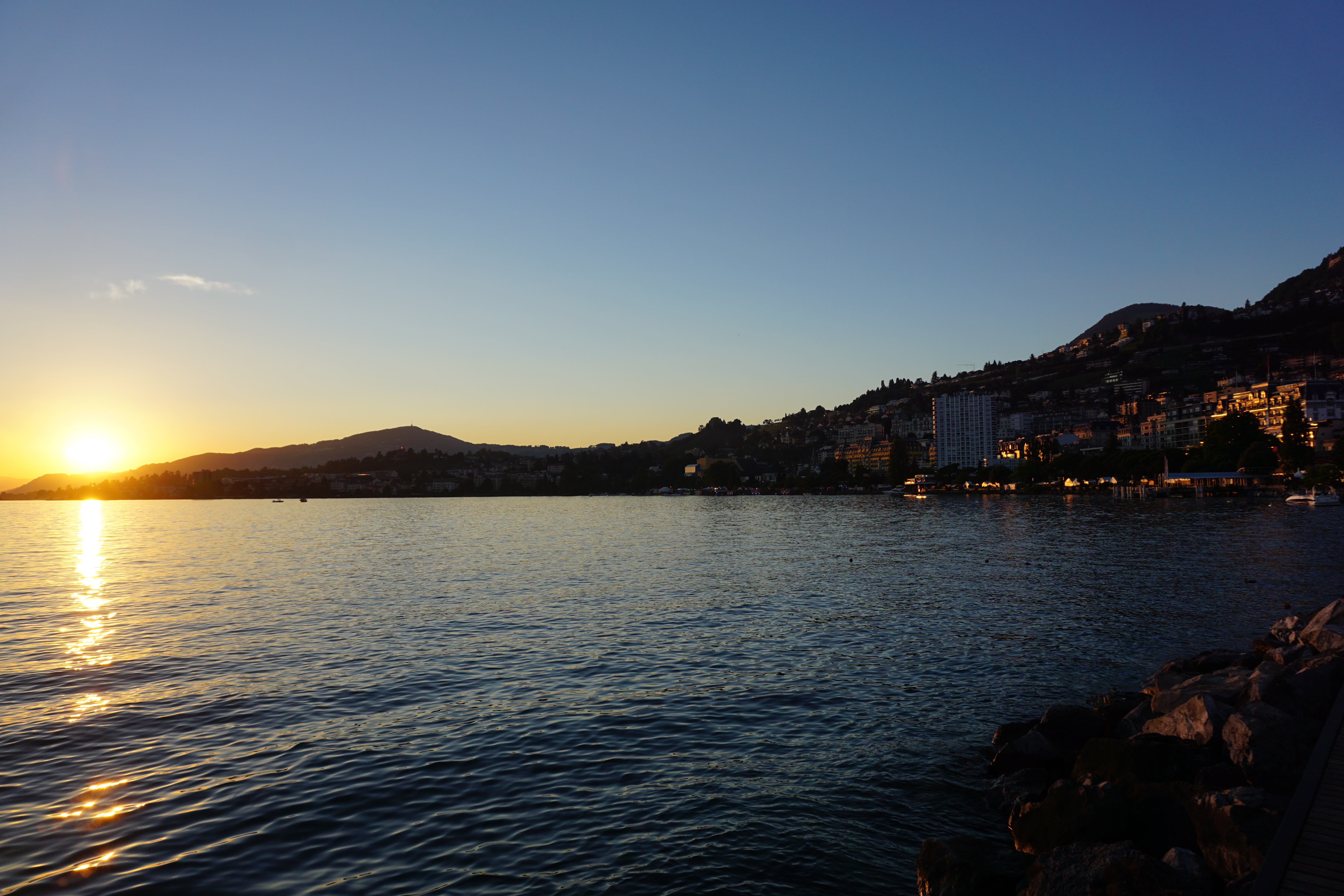 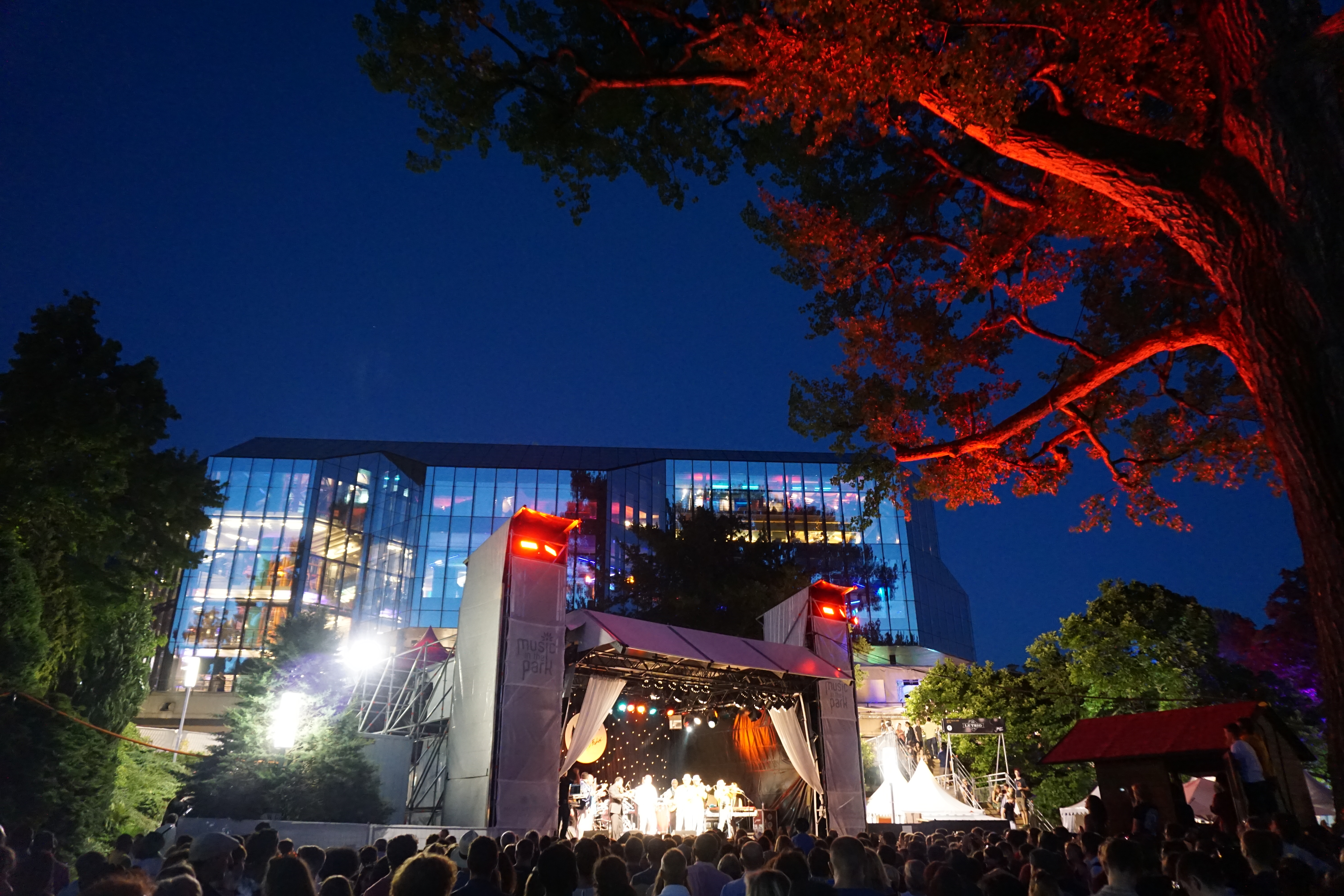 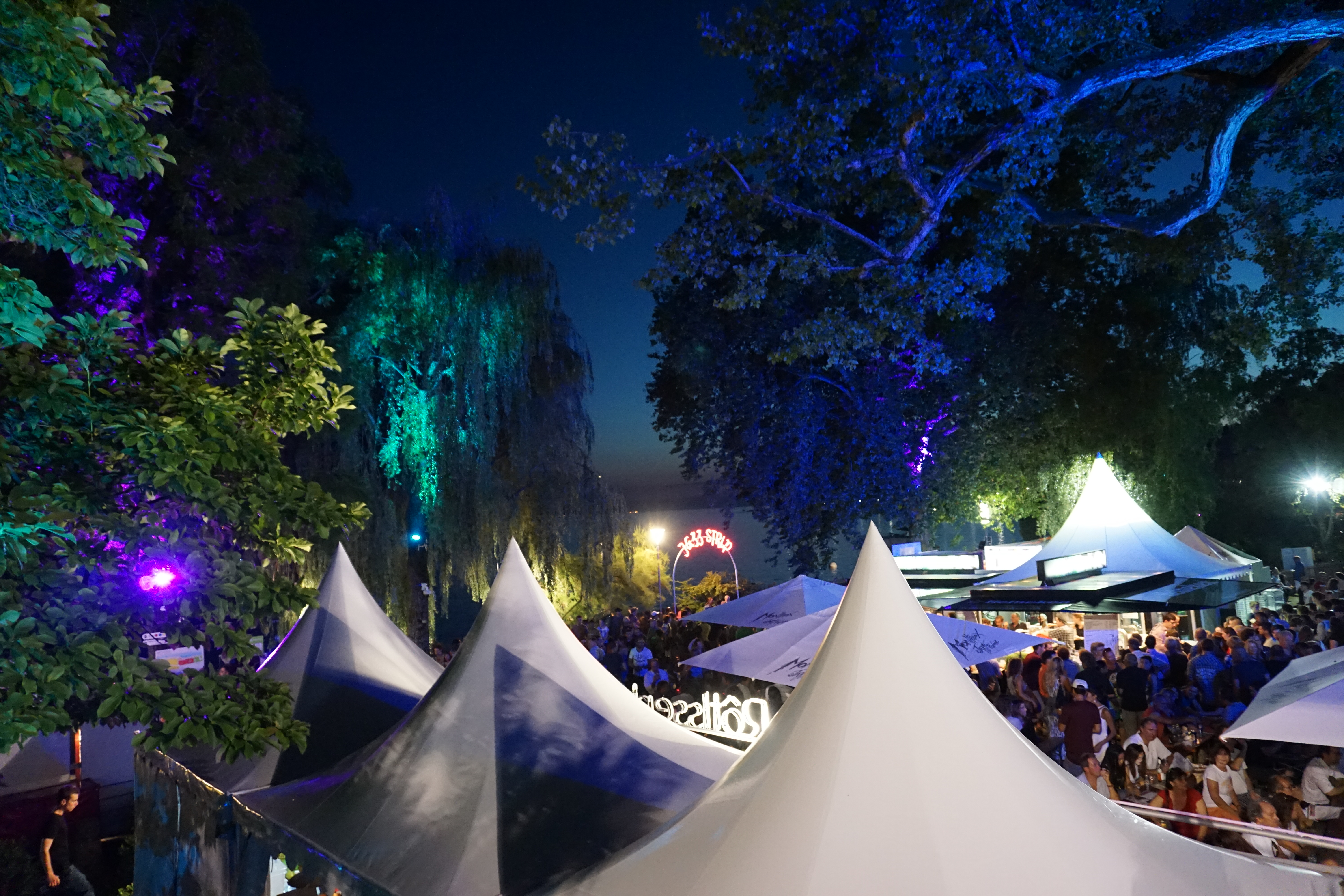 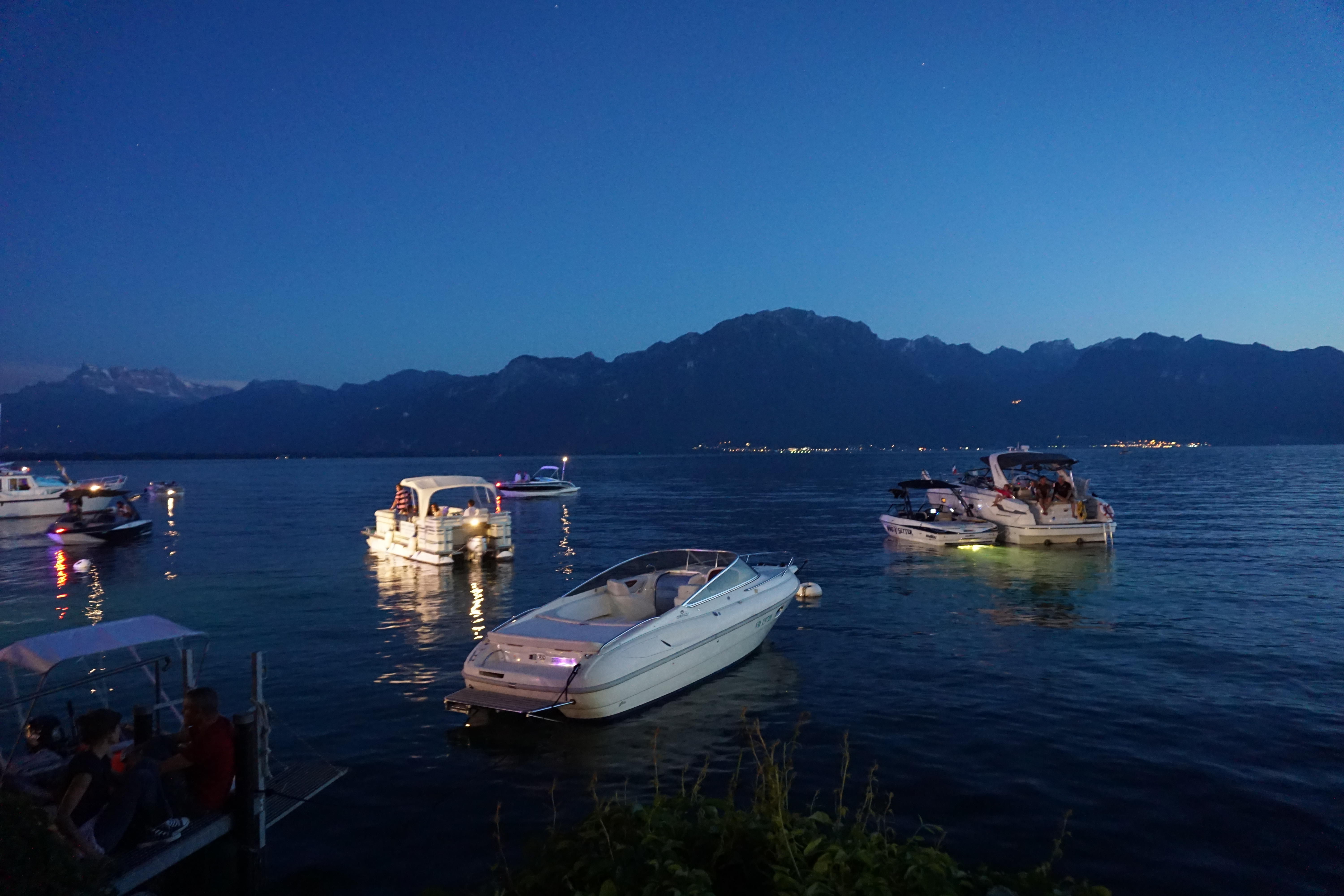 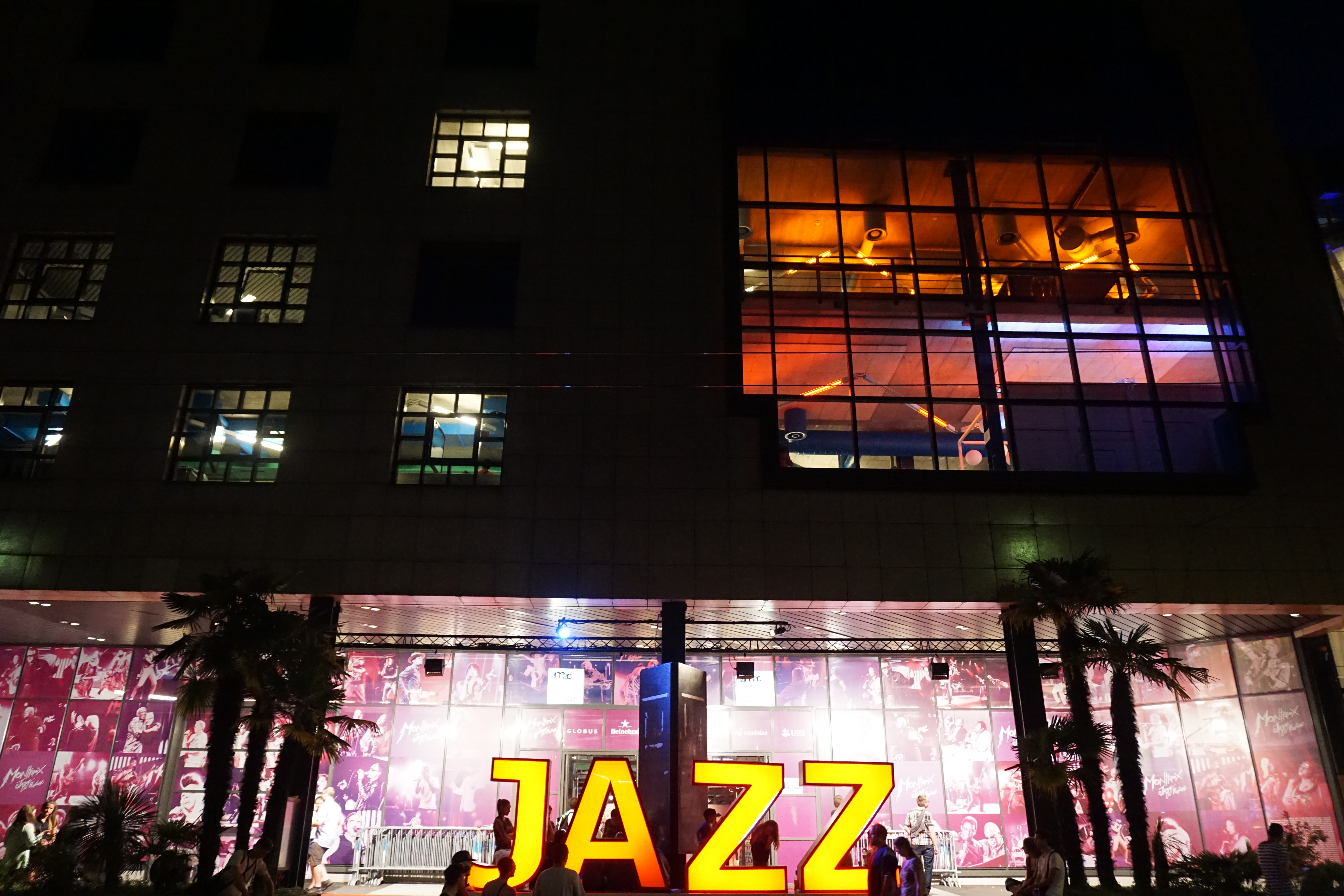 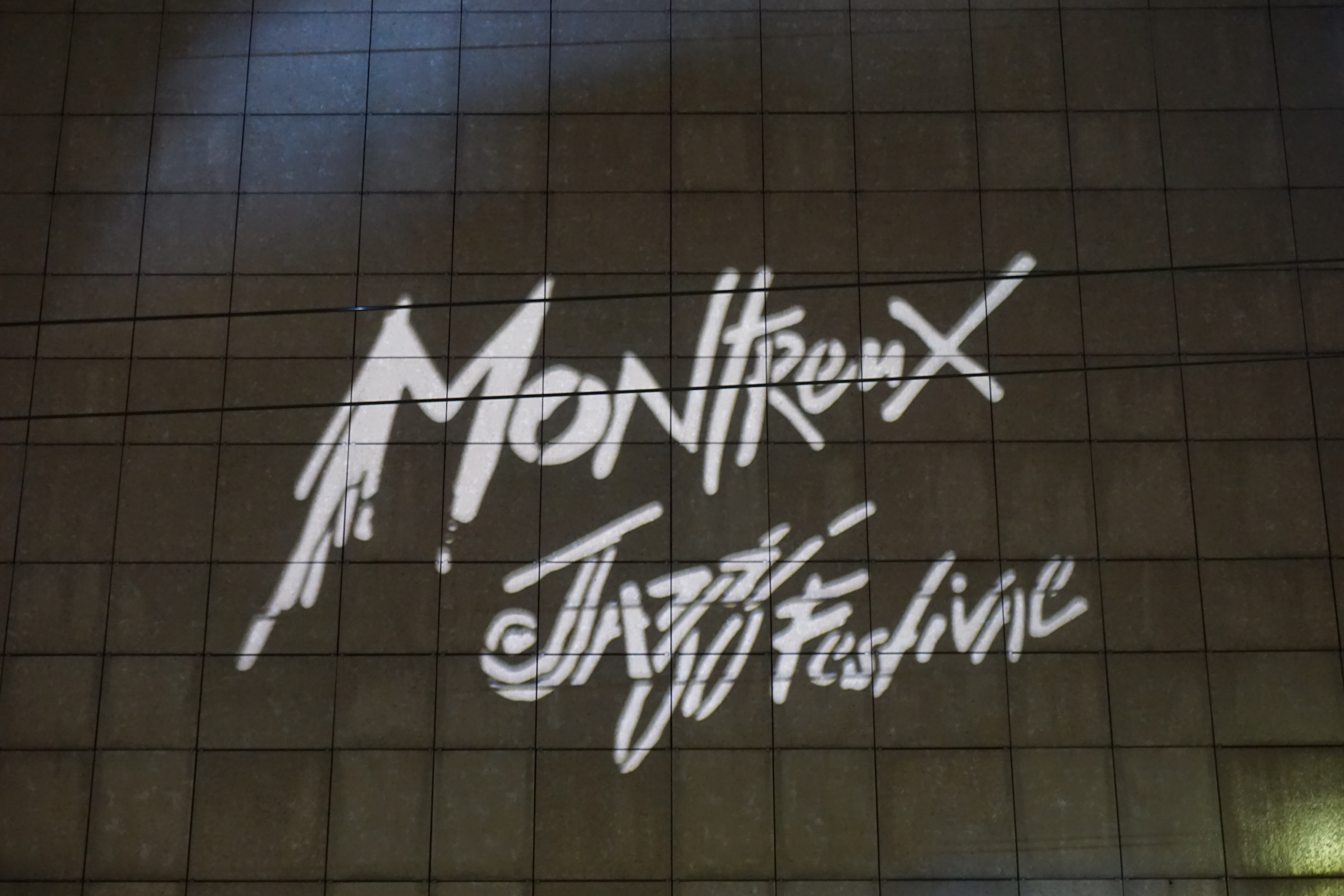 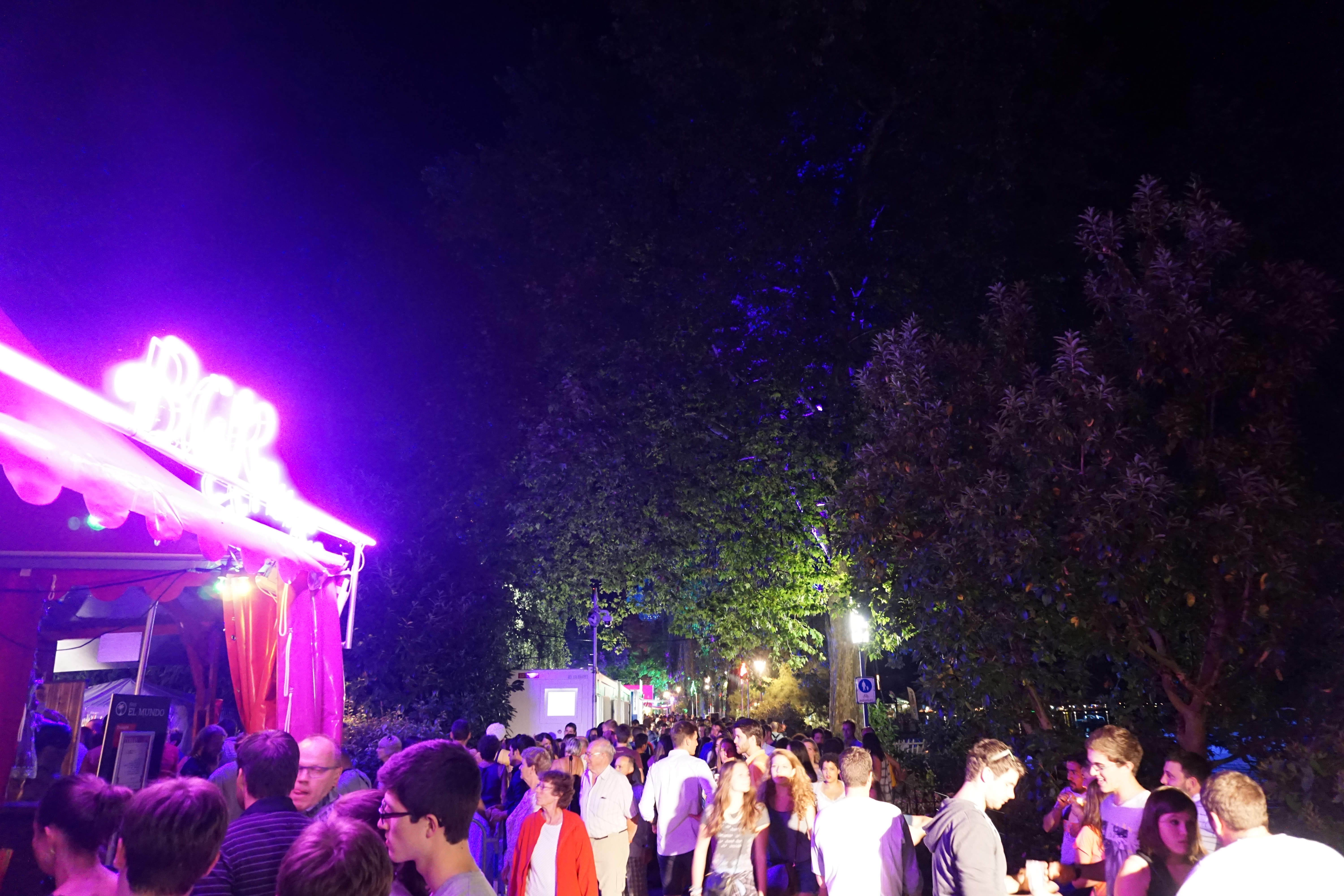 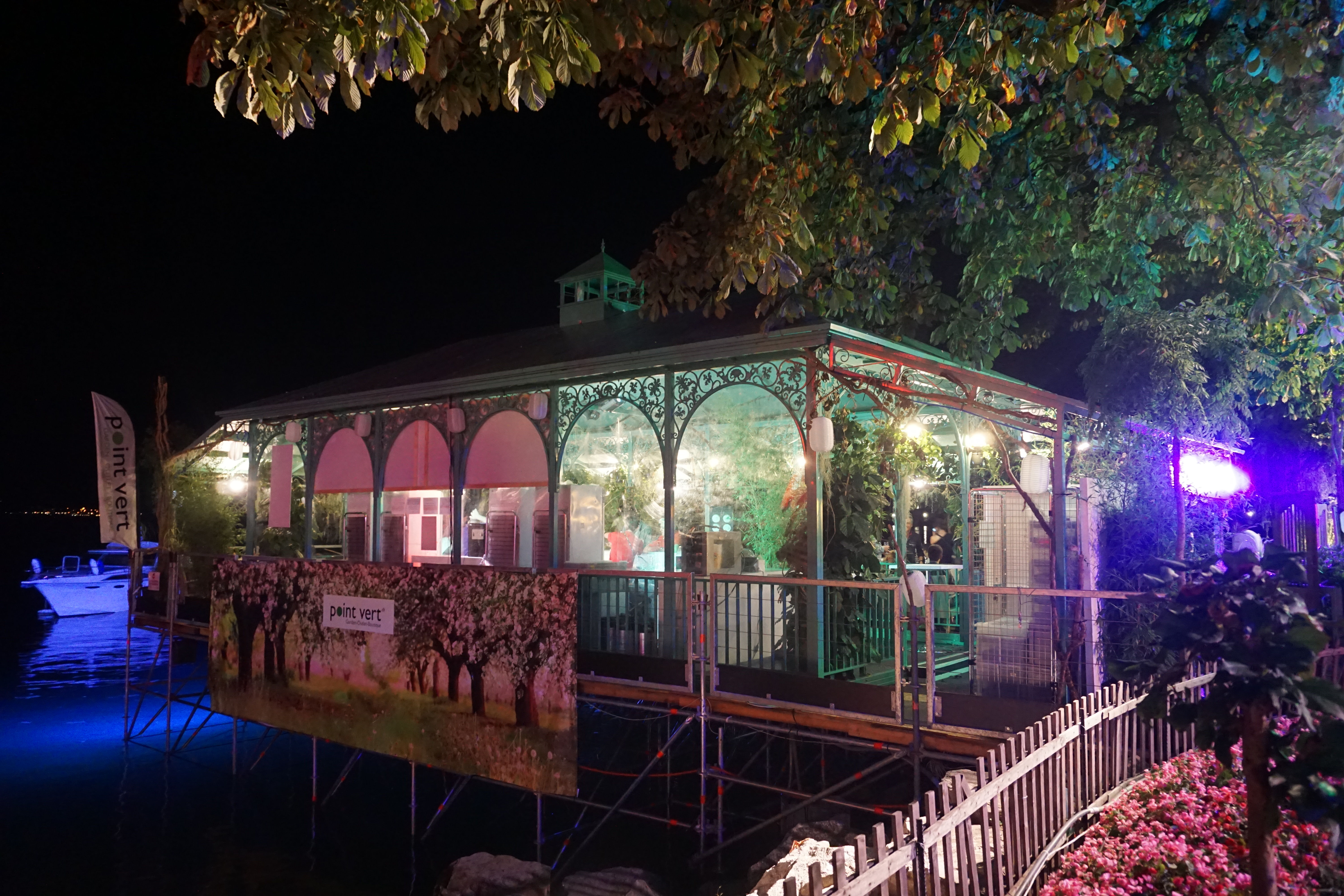 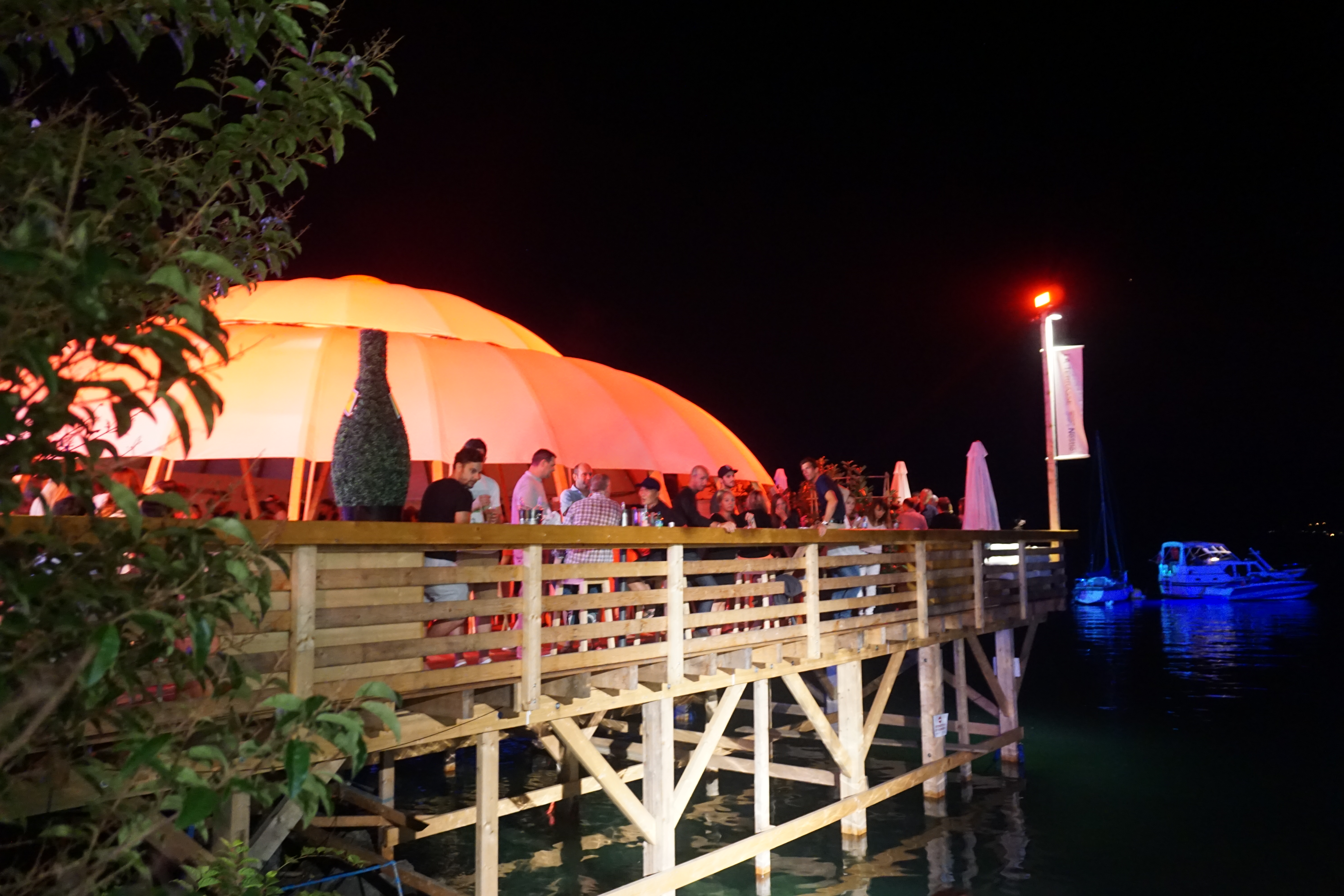 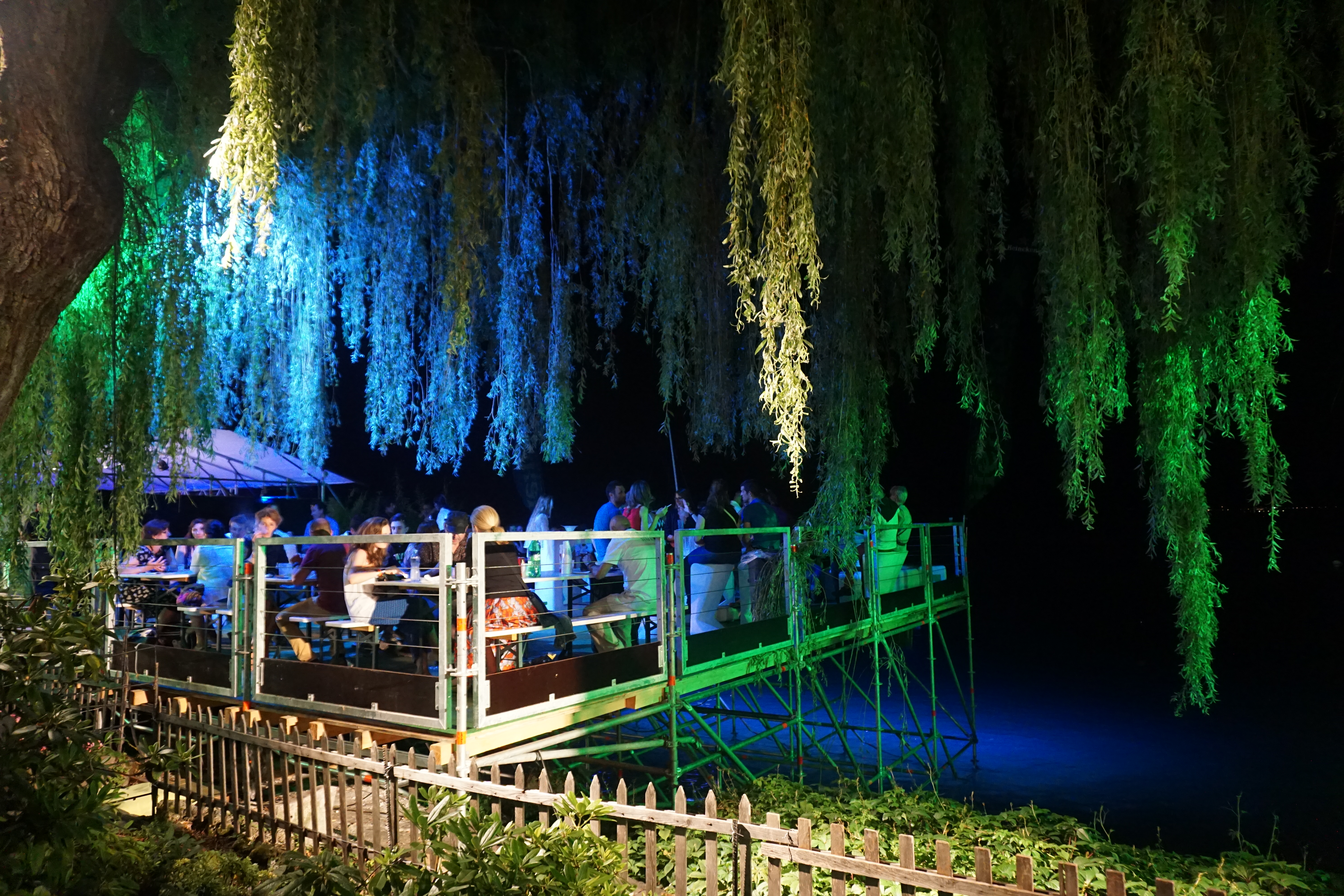 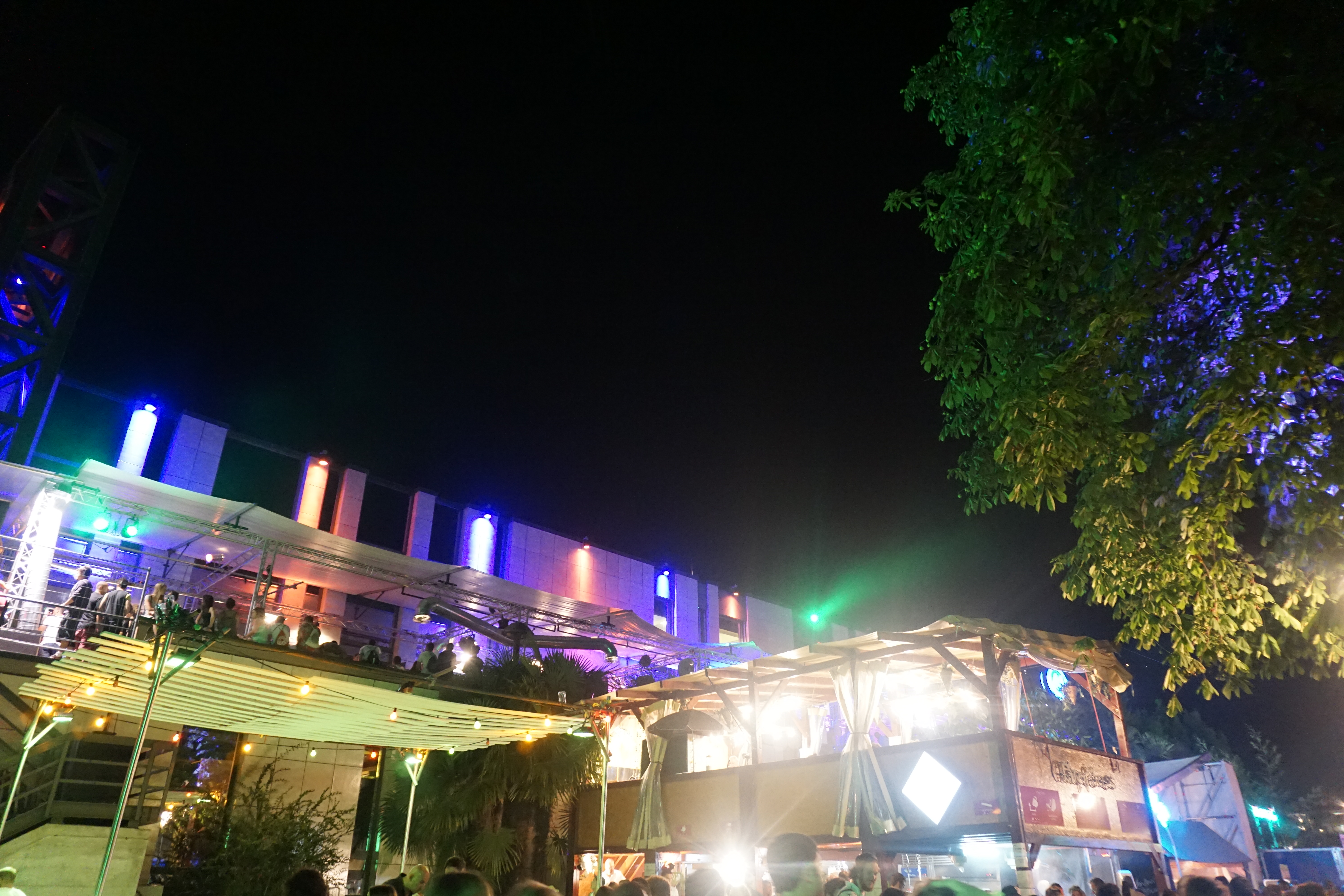 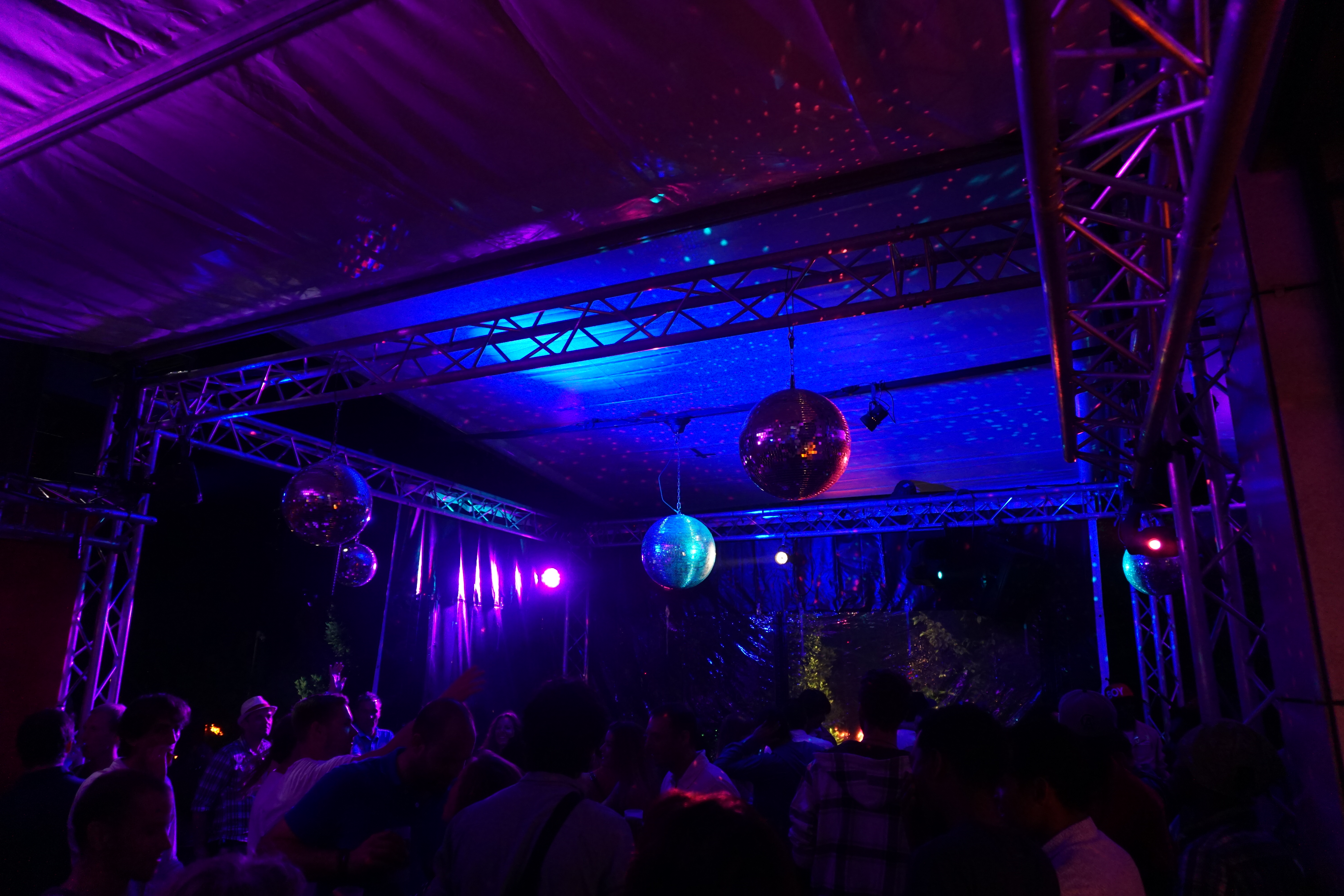 Drinking on the water! 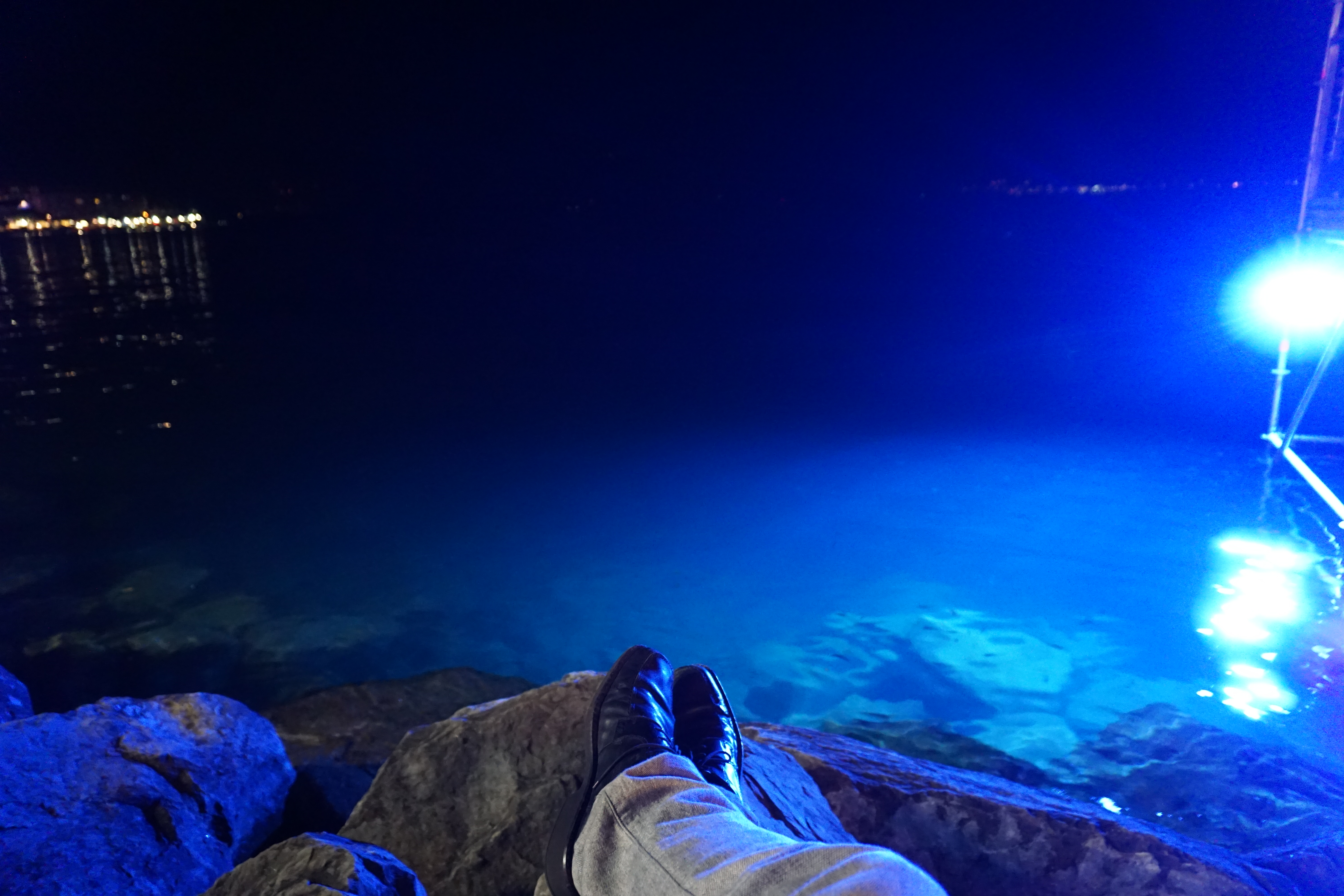 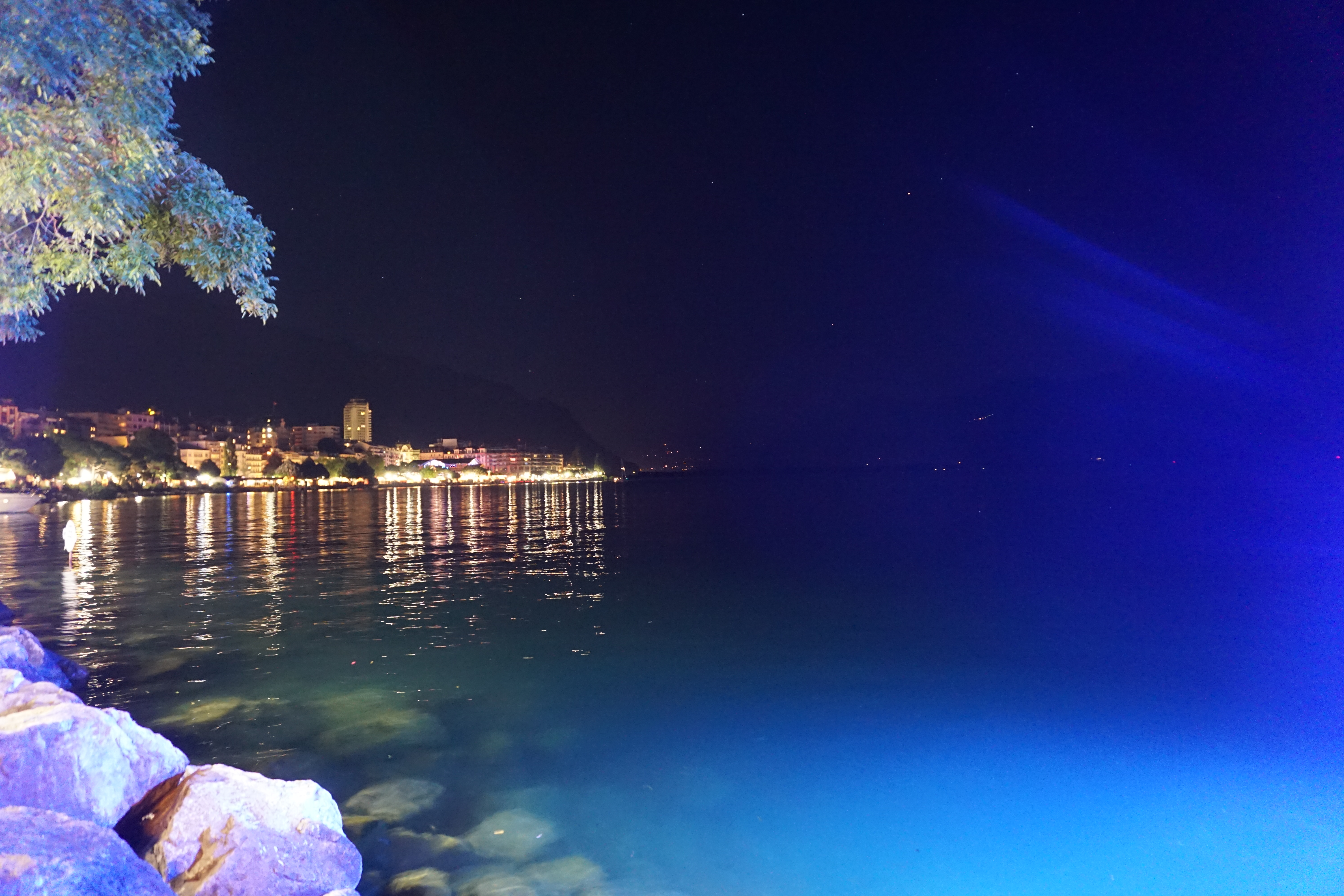 Time to go!–view from the bus stop around 2AM 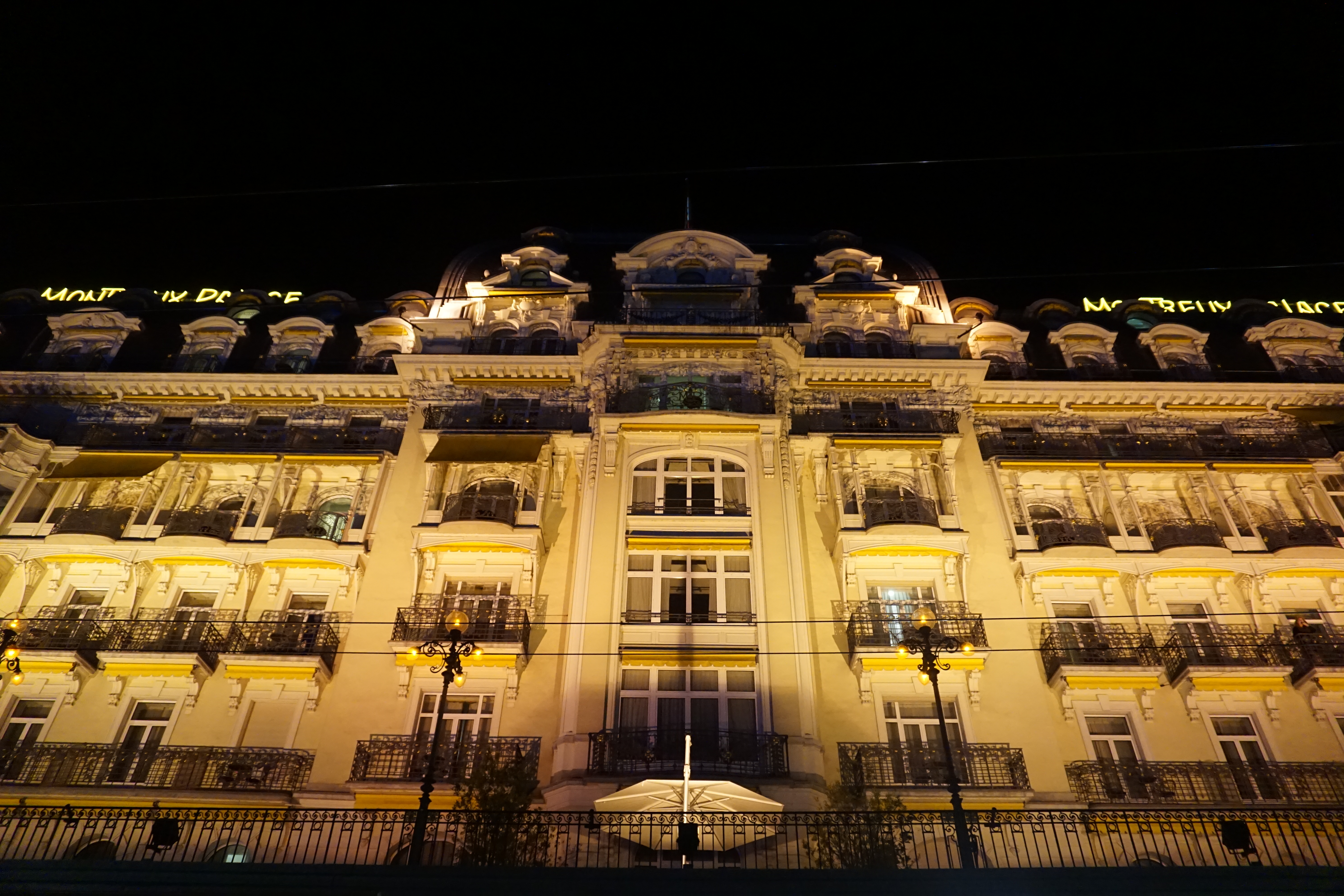