It had taken all of human history until around 1800 to surpass a world population of one billion.  Further advancements in technology and the spread of commerce eventually lead to the eclipse of the second billion marker in only 130 years (1930).  The third, fourth, and fifth billion only took 30, 15, and 13 years to reach, respectively.  Consequently, during the 20th century alone, world population vaulted from only 1.65 billion to over 6 billion.  Even with an elementary understanding of math, one must understand that exponential growth of a species fighting for finite resource is quite simply, a recipe for disaster. 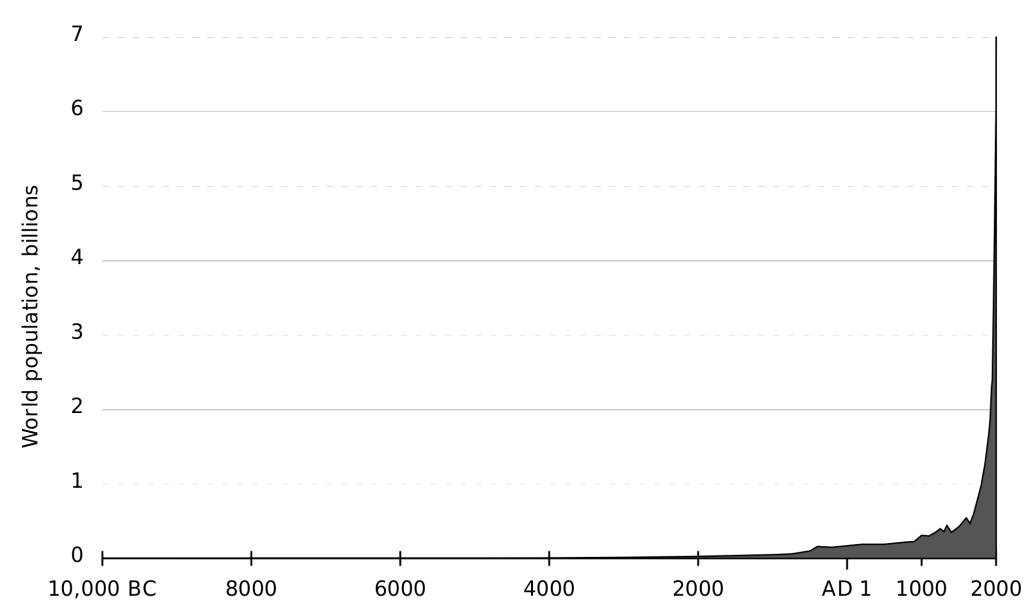