Knock, knock… or shall I say POUND, POUND! These noises rattled my brain as the train rattled by body. An attendant informed us in an unsettling tone that we had about a half hour until our stop (in broken Pol-english of course).

About 30 minutes later we had in fact arrived at the proper stop in Krakow. Parched as ever as I mistakenly forgot to bring a water with me (and could no even purchase one on the train unfortunately), I sought out a bathroom to not only relieve myself, but also to slurp on some wet goodness.

One zloty, it cost one zloty to use the water closet (aka bathroom). I only had Euros, my debit card no longer worked due to bank mergers or something of the sort, and the currency exchange shop did not open for another half hour–AMAZING! This is why bathroom facilities should be free. I would pay if I could, but even after an 8.5 hour train ride, I ran out of options. Do they want me to piss in a bush outside?!

I used the time to find WiFi to plan my route to the hostel. Soon enough the exchange opened and the greedy bathroom attendant received my one zloty. I hustled and walked about 5 minutes and found my hostel. Exhausted from broken sleep and generally flustered, I looked forward to sitting down and winding down. I quickly planned my stay in Krakow, modifying my excel-based ideas a bit.

First, a tour of the famous old town! 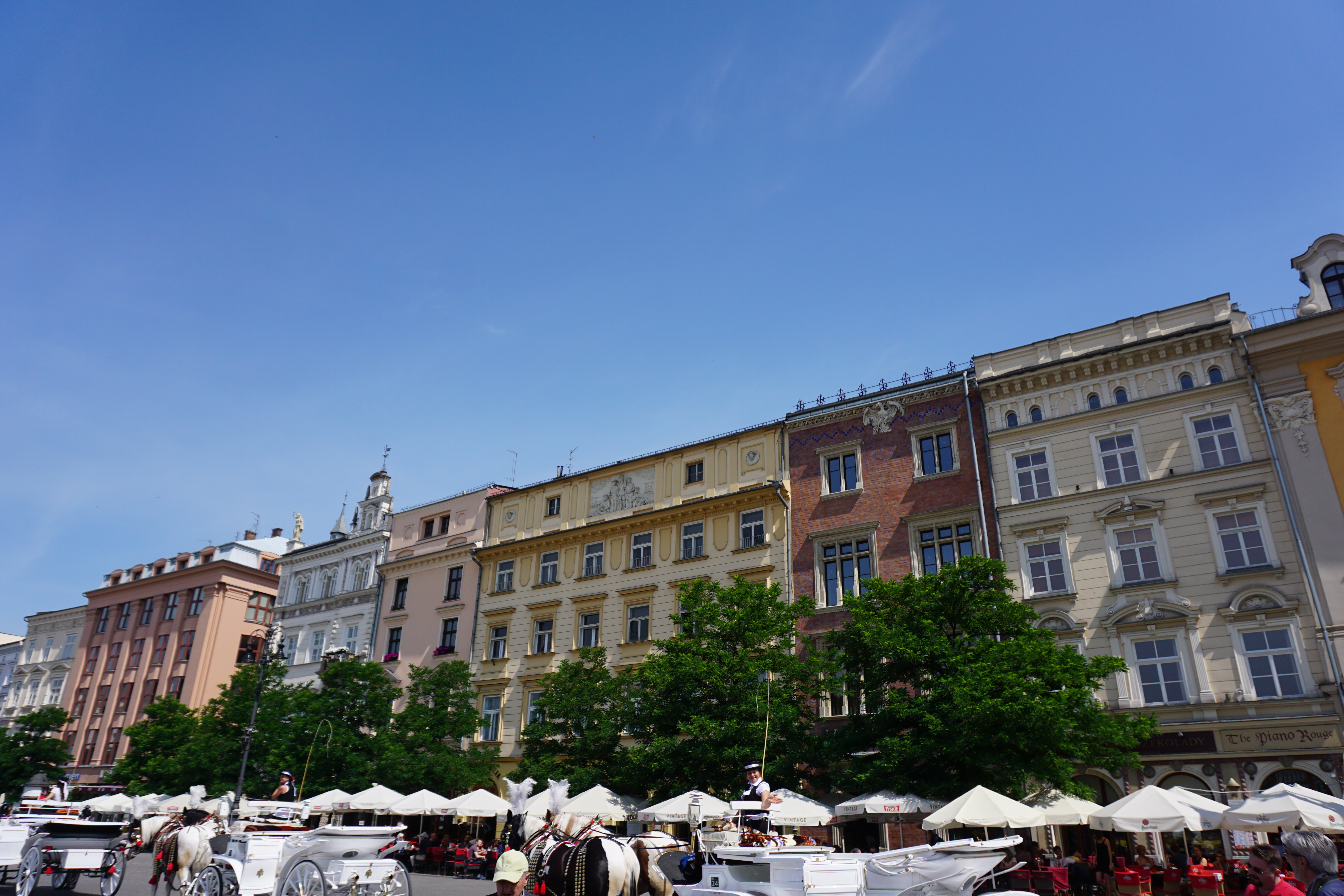 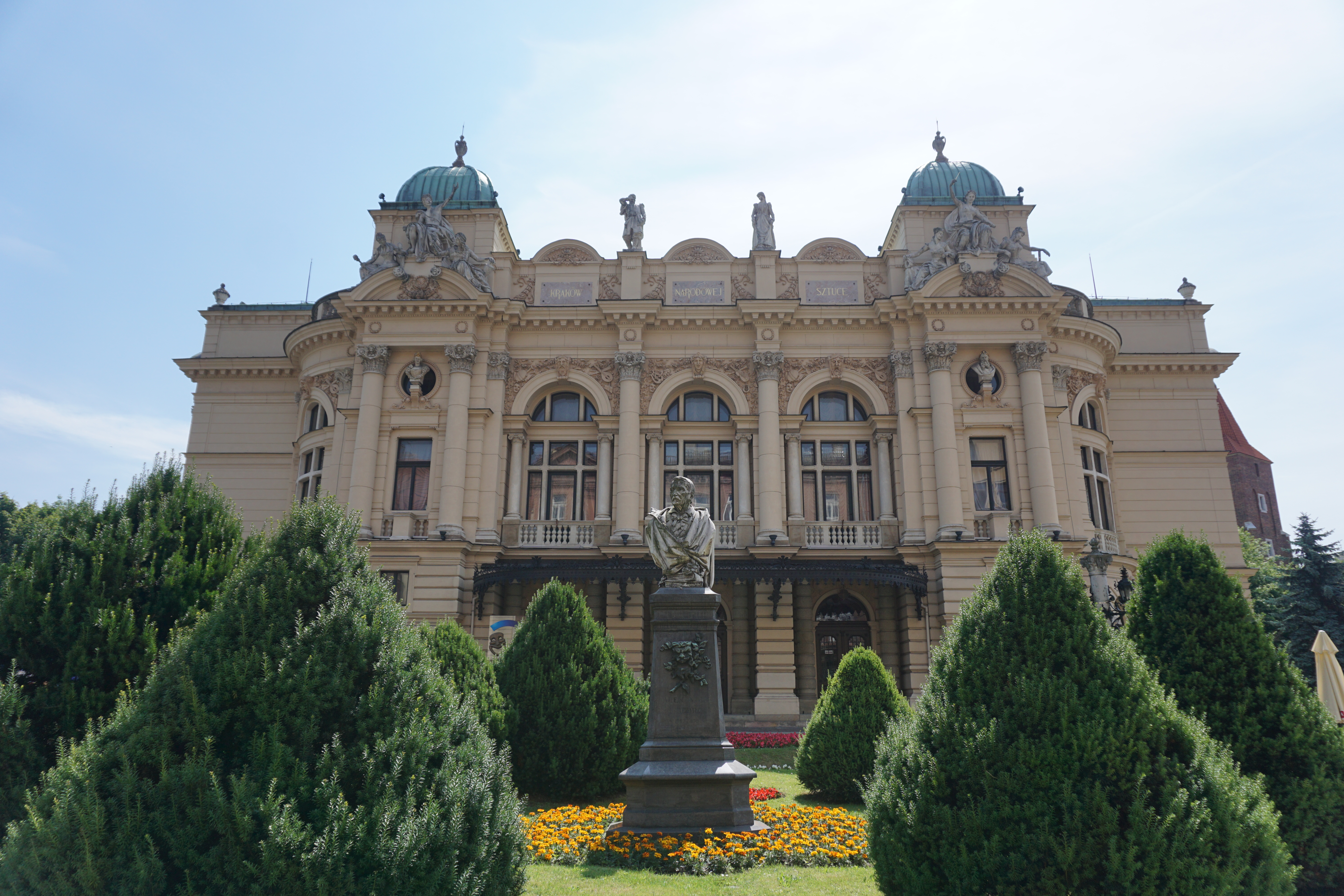 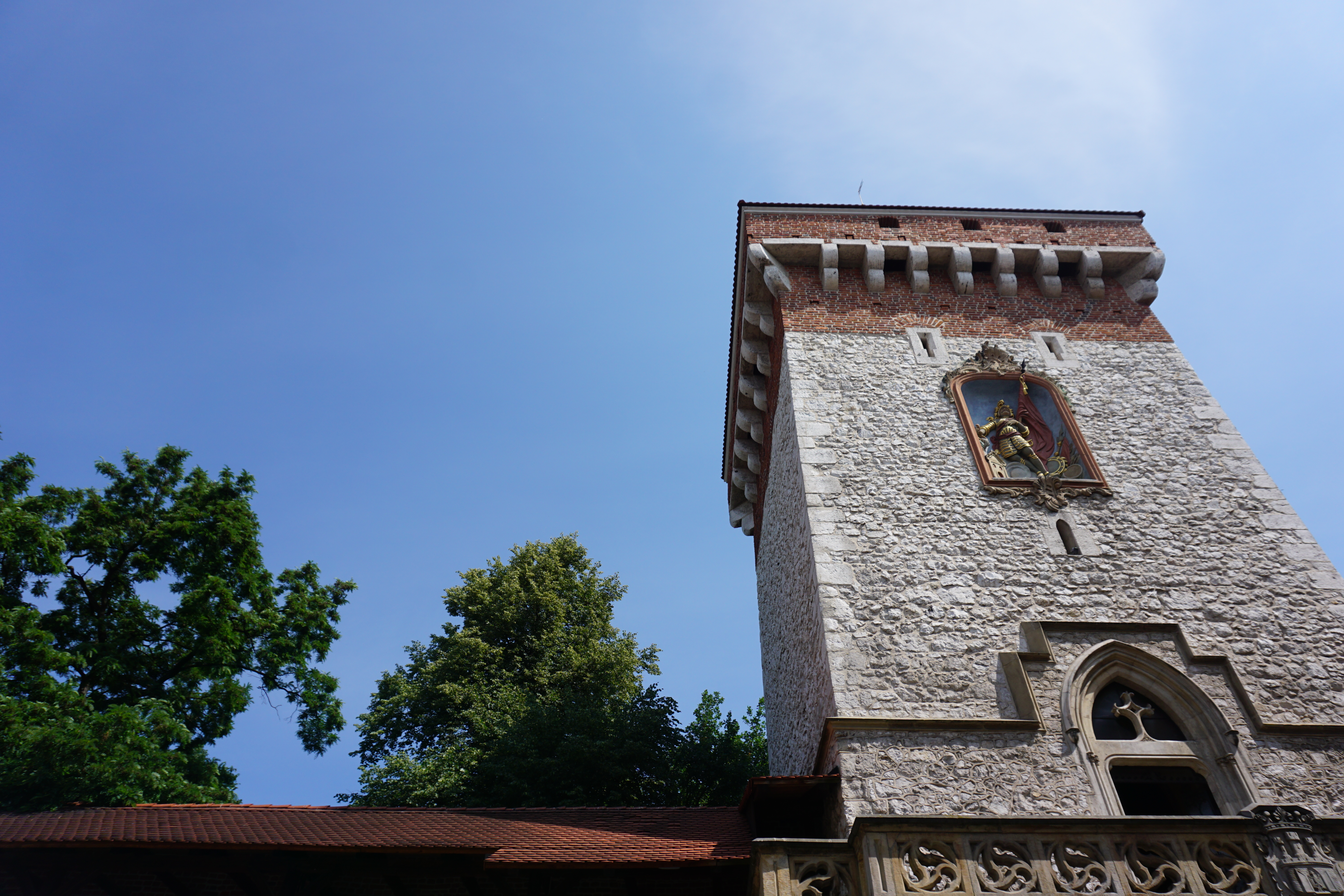 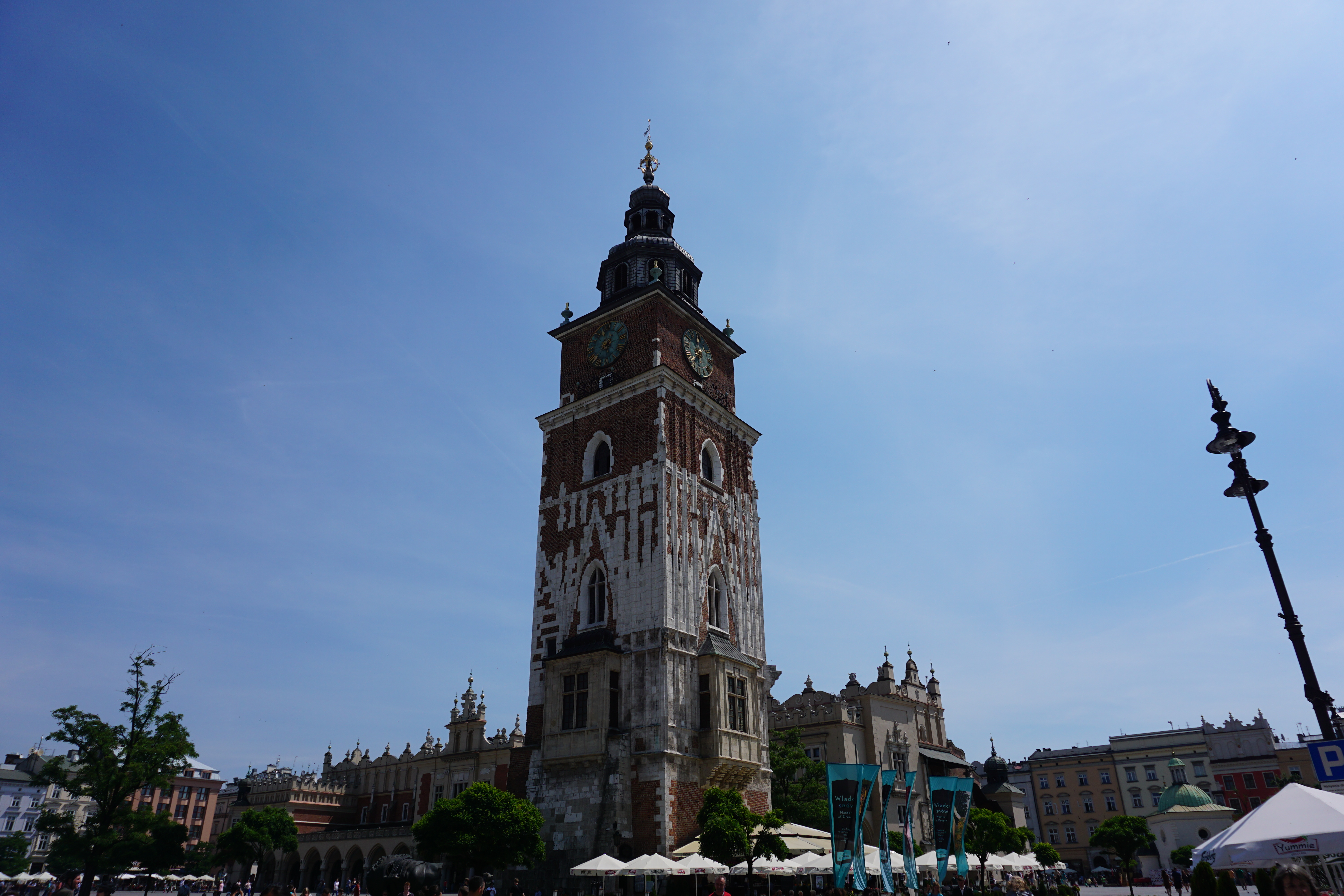 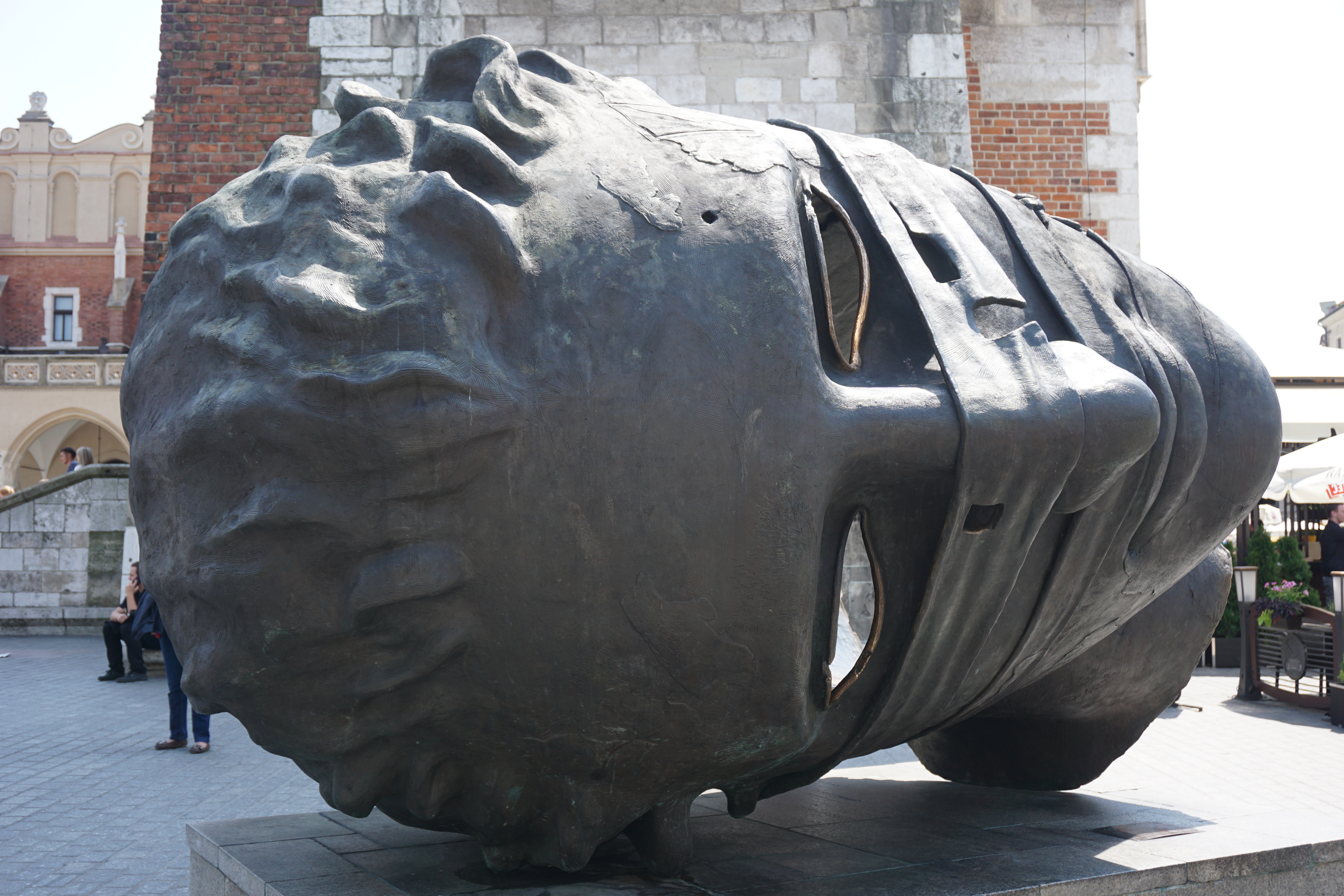 The most famous window in Krakow, as the Poles do love their sainted former Pope! 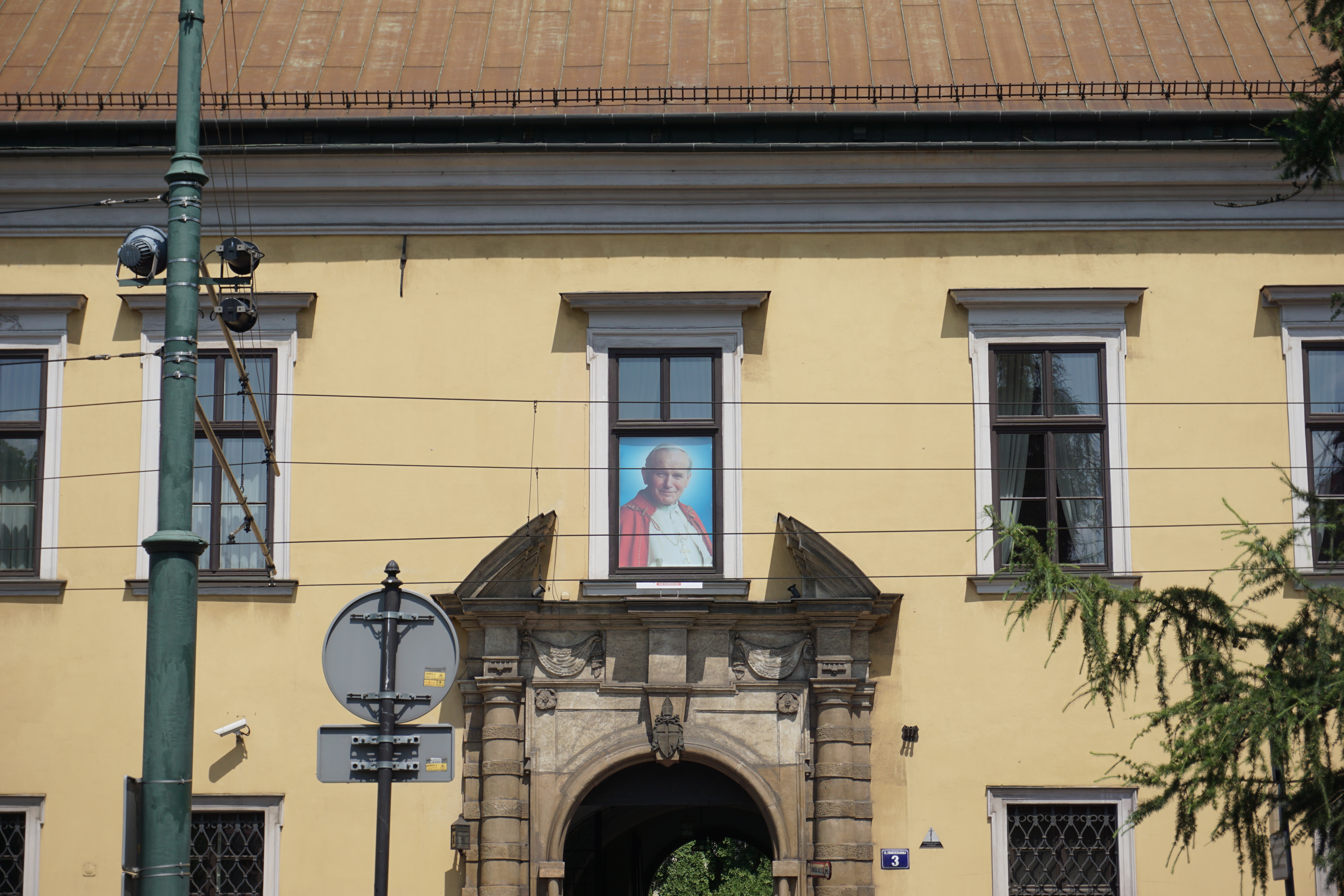 Next we headed towards the castle, but stopped for a few sights beforehand: 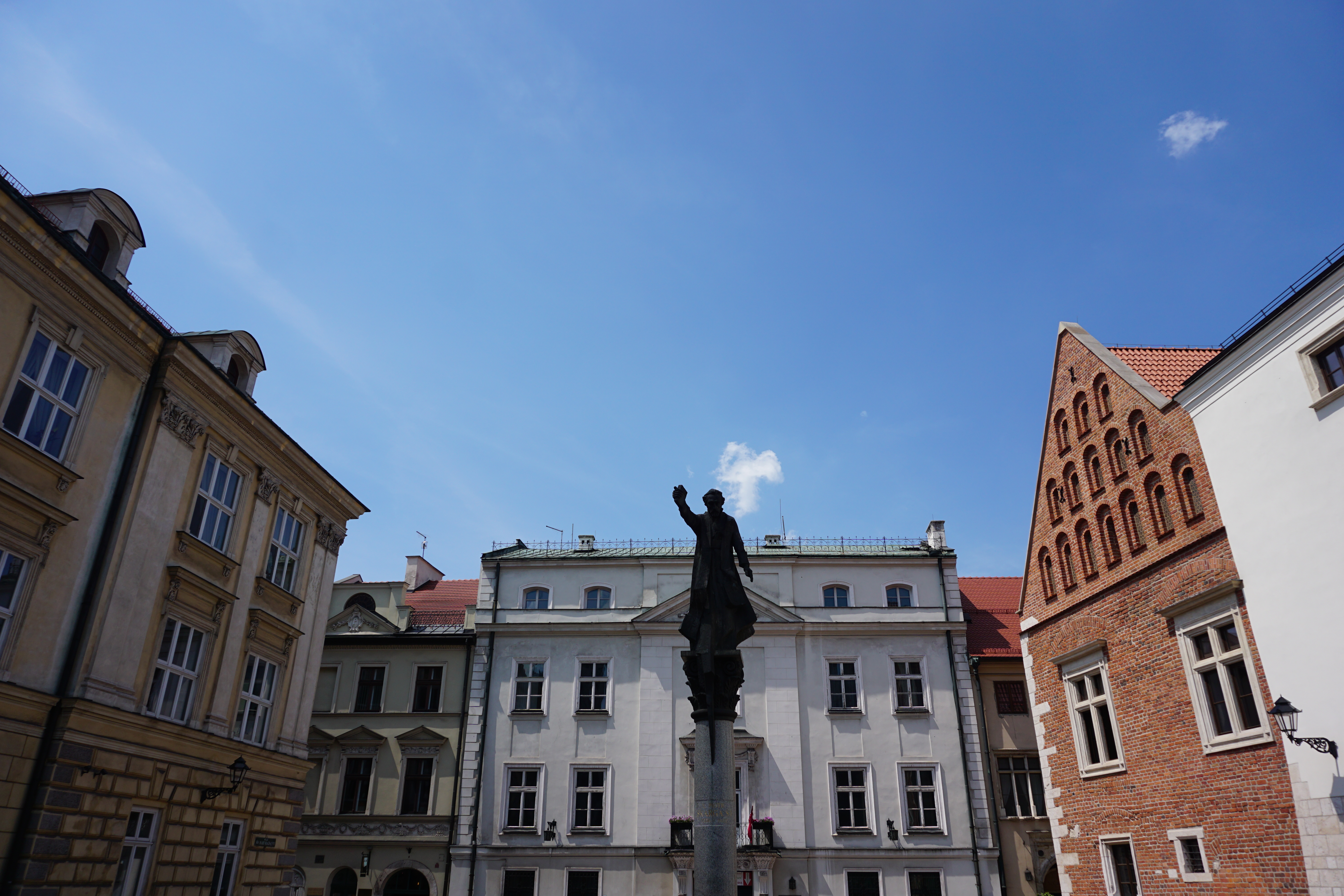 After another hike, we breached the castle gates! 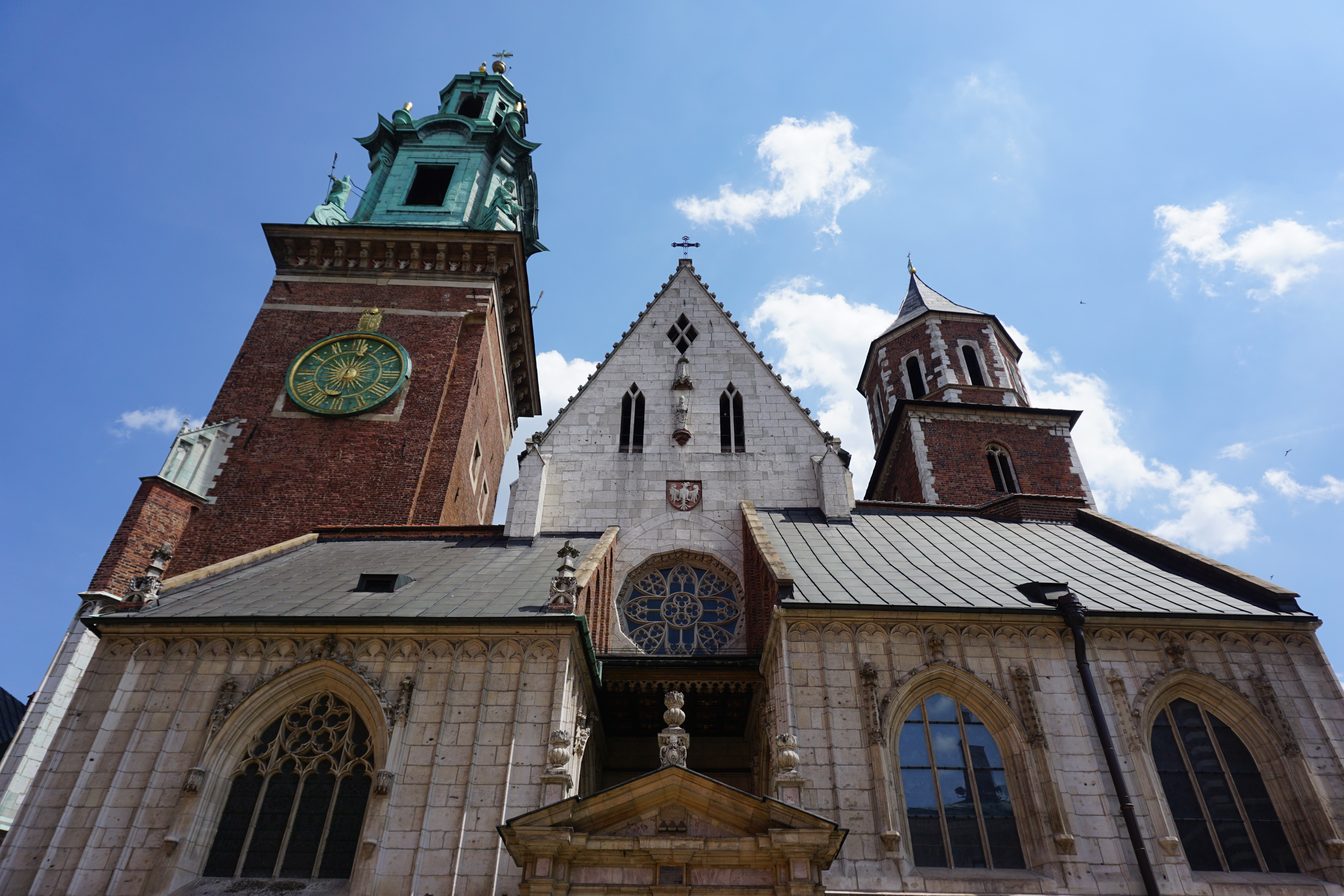 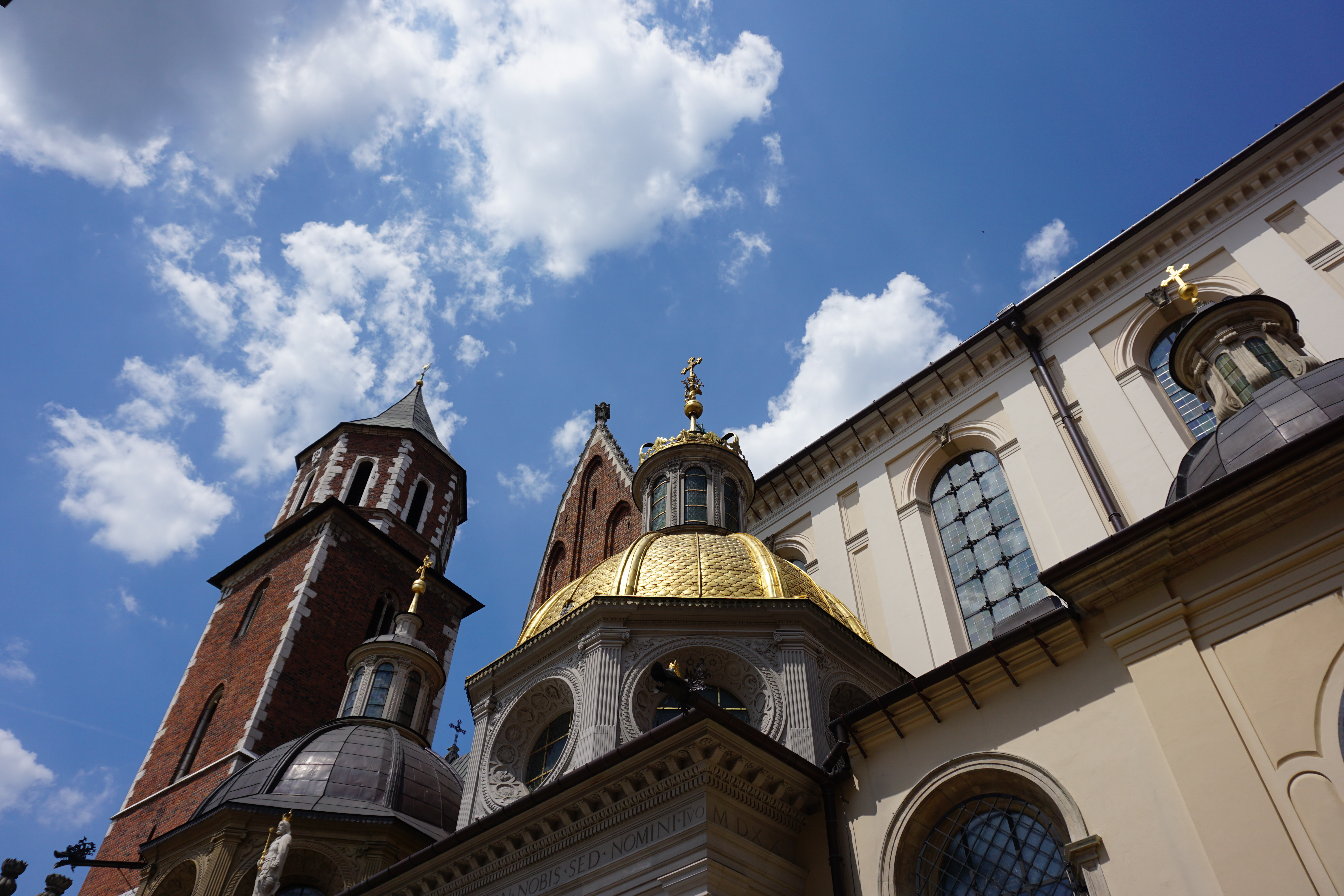 Oh and they also had another John Paul II statue, but this time as a Bishop (welcoming followers to enter): 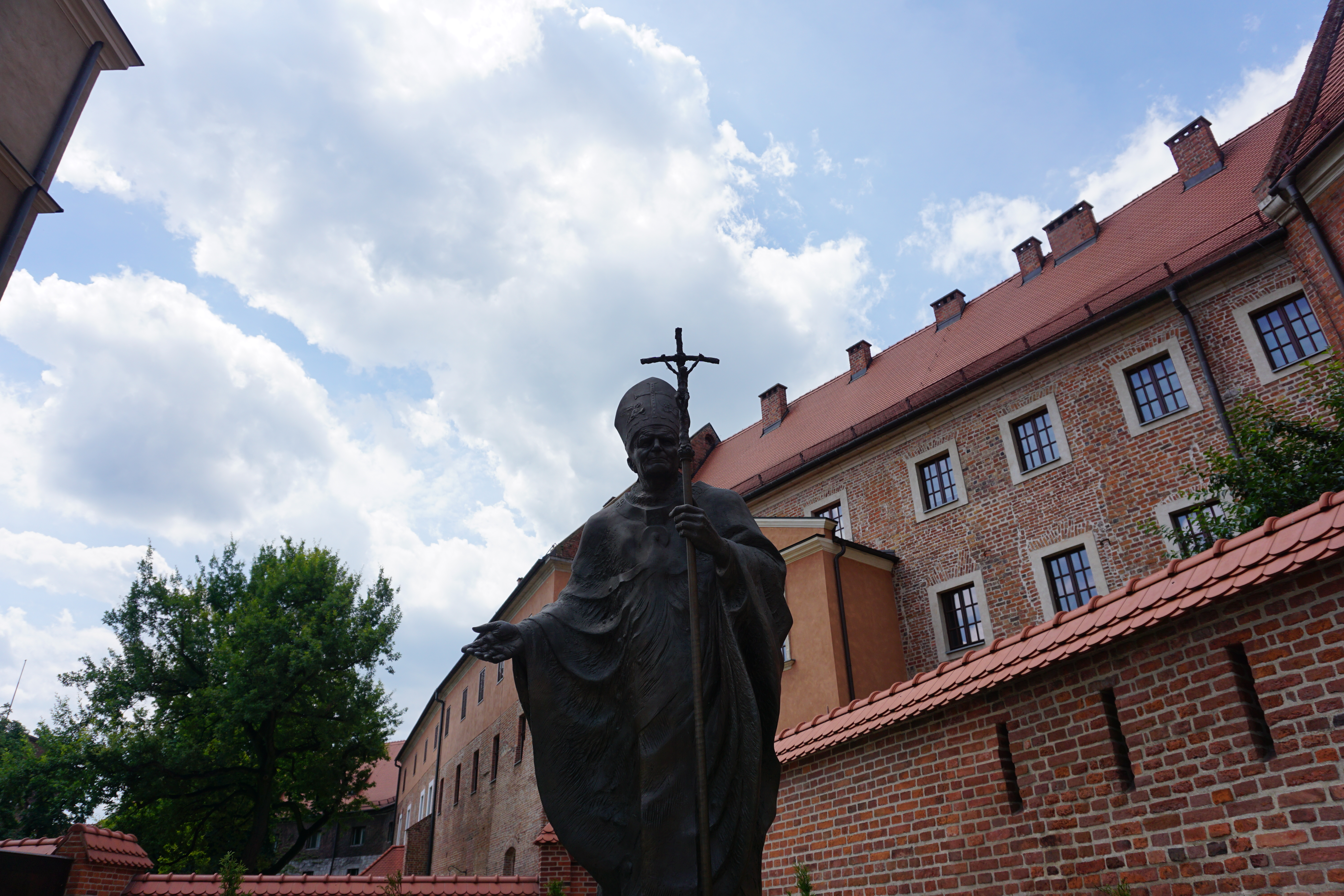 The hill provided some great views of the outskirts of the city too! 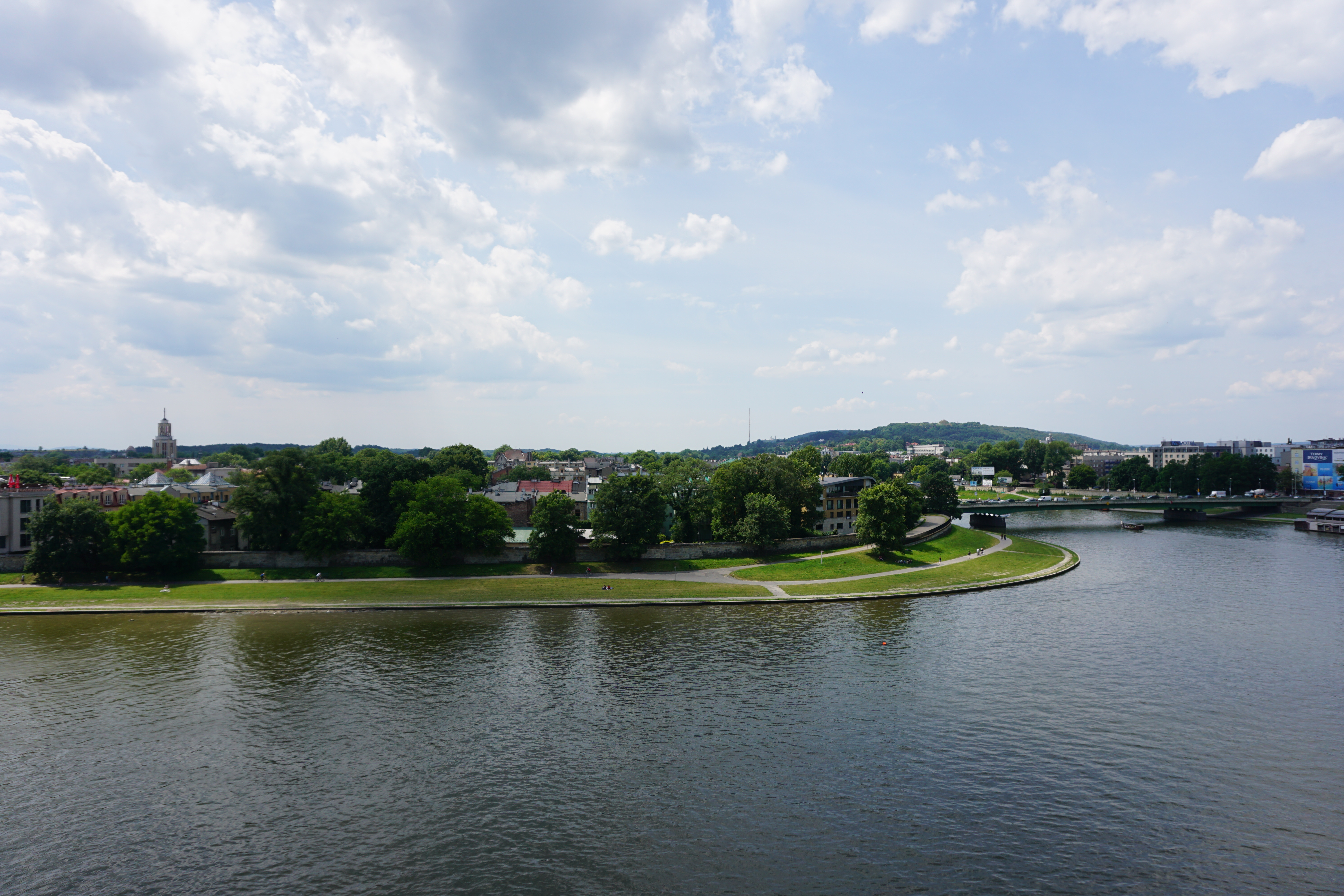 Three and a half hours later, our tour of Old Town came to a close. I tipped my guide and assured her I would join the Jewish Quarter tour in an hour and a half. With just enough time for a local lunch, I dined on some local cuisine and kept my promise, meeting the guide at our original starting point. We took a 3km walk to the Jewish district and proceeded to explore and learn: 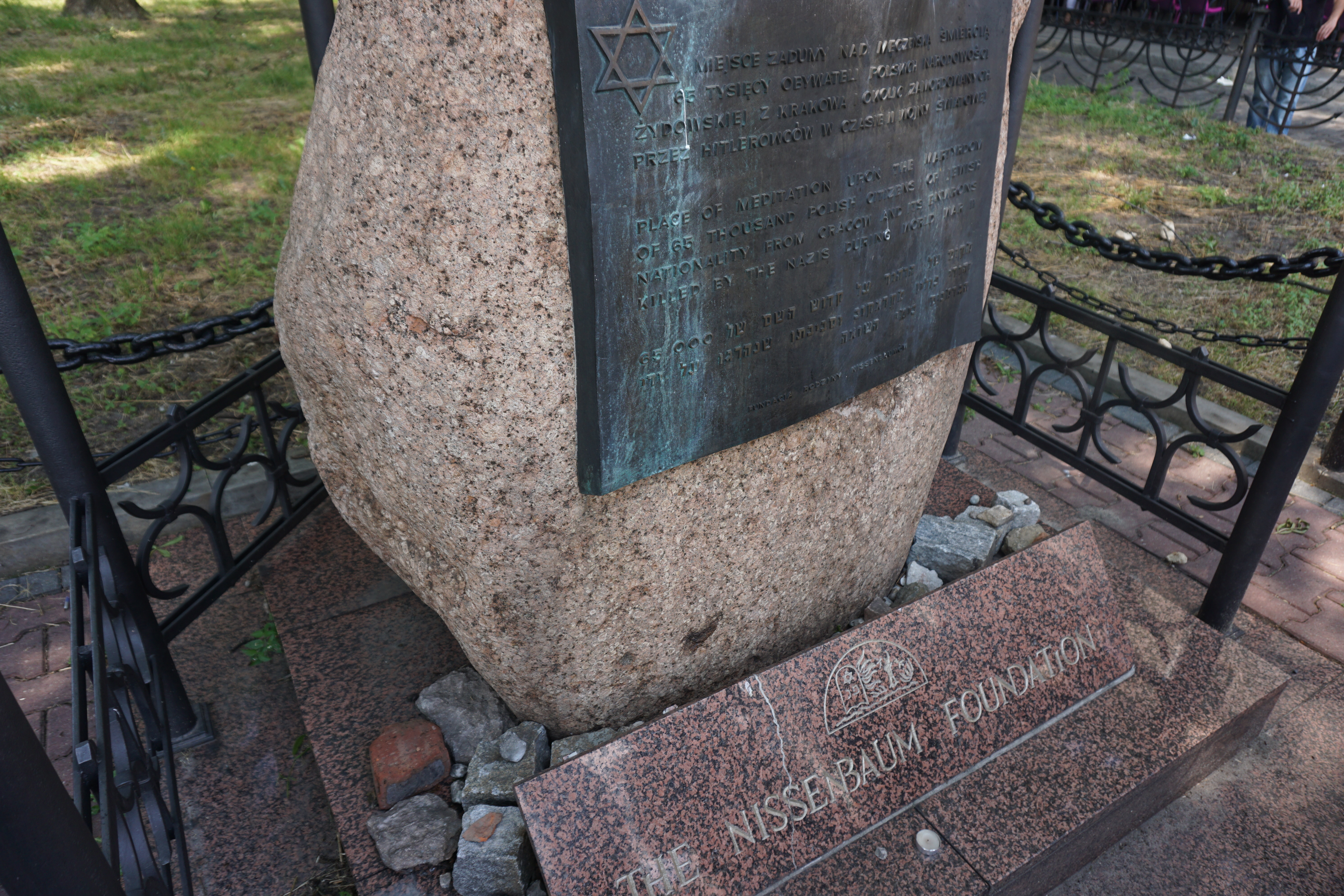 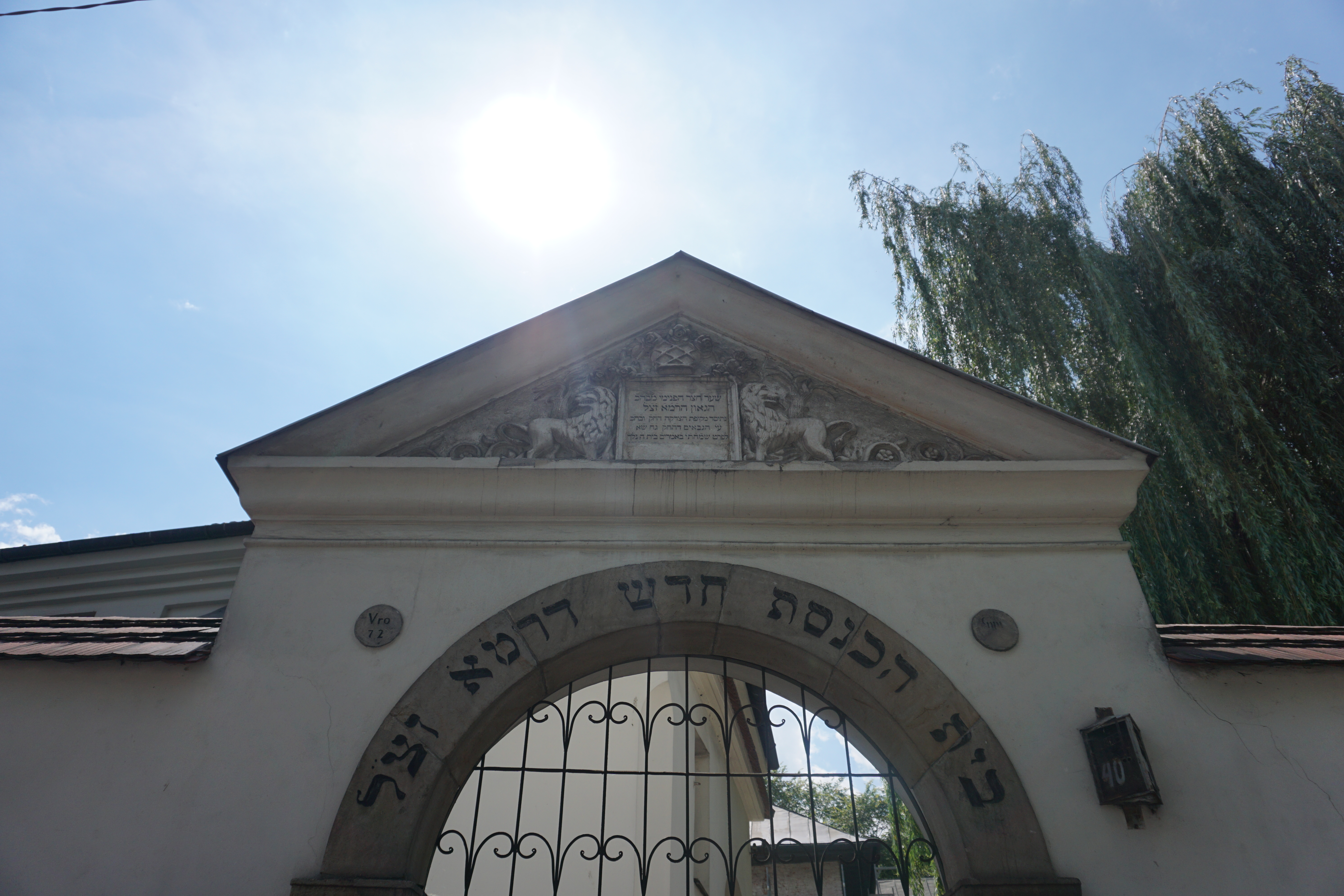 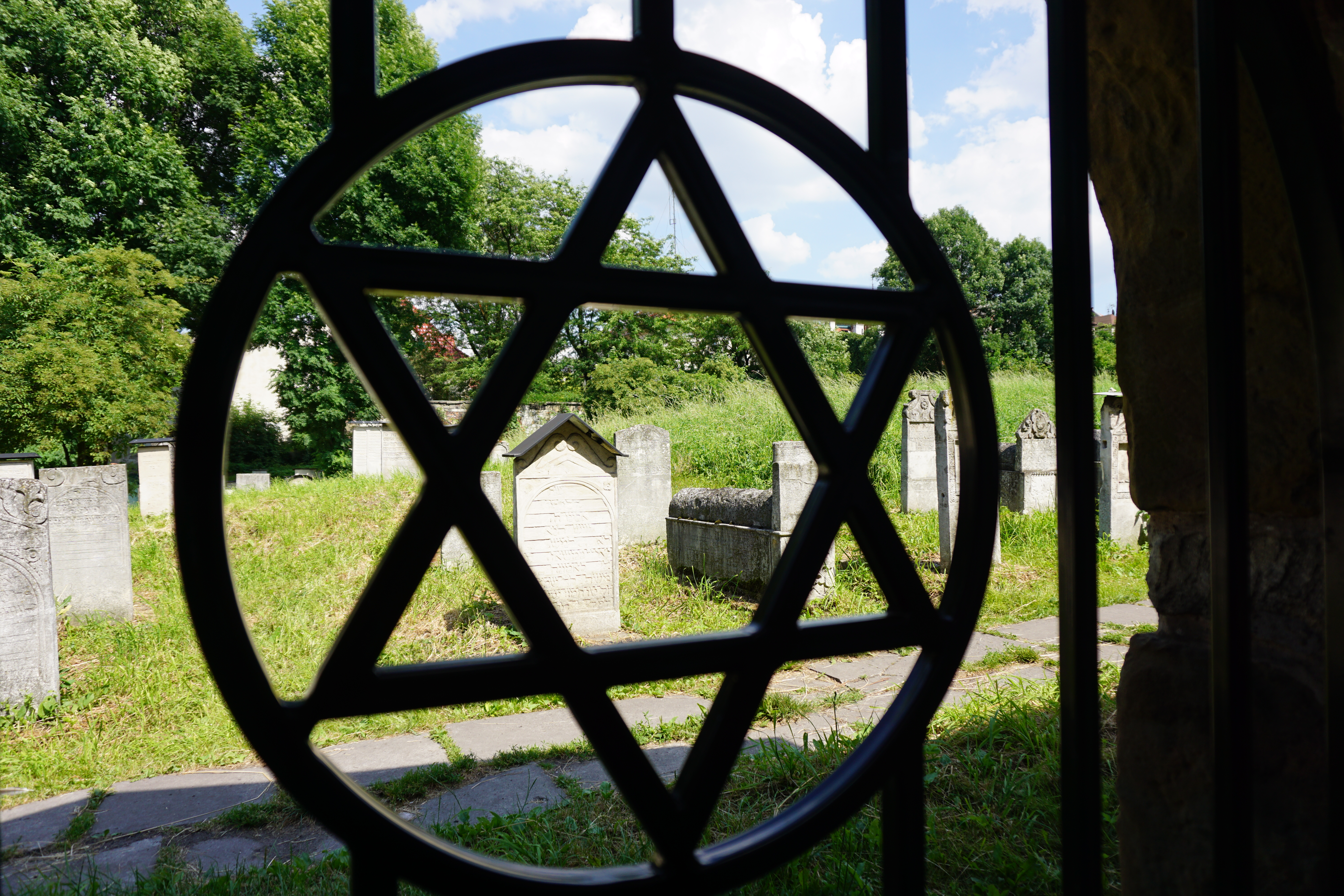 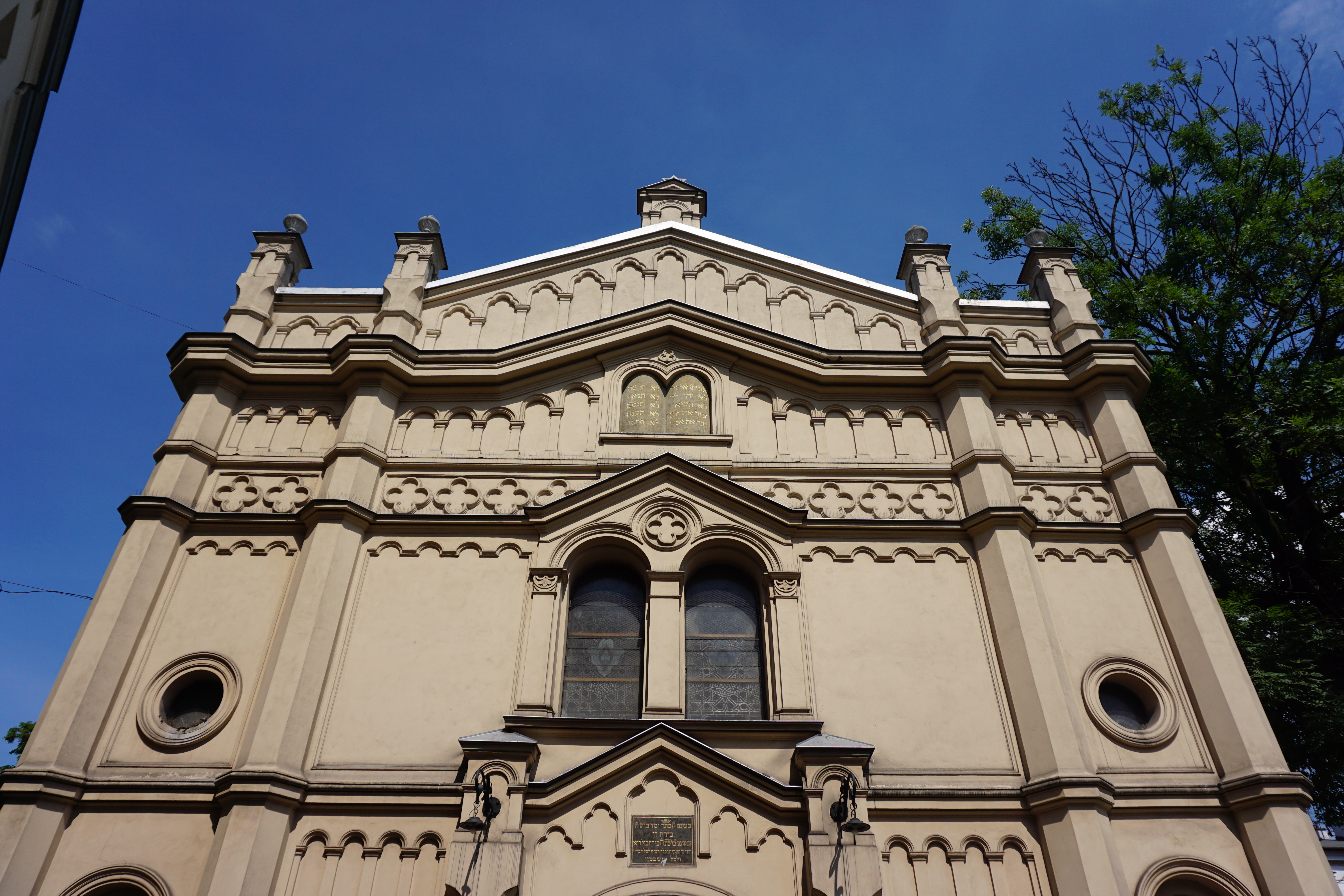 Market and great drunk (or sober) noms in the form of zapiekanka! 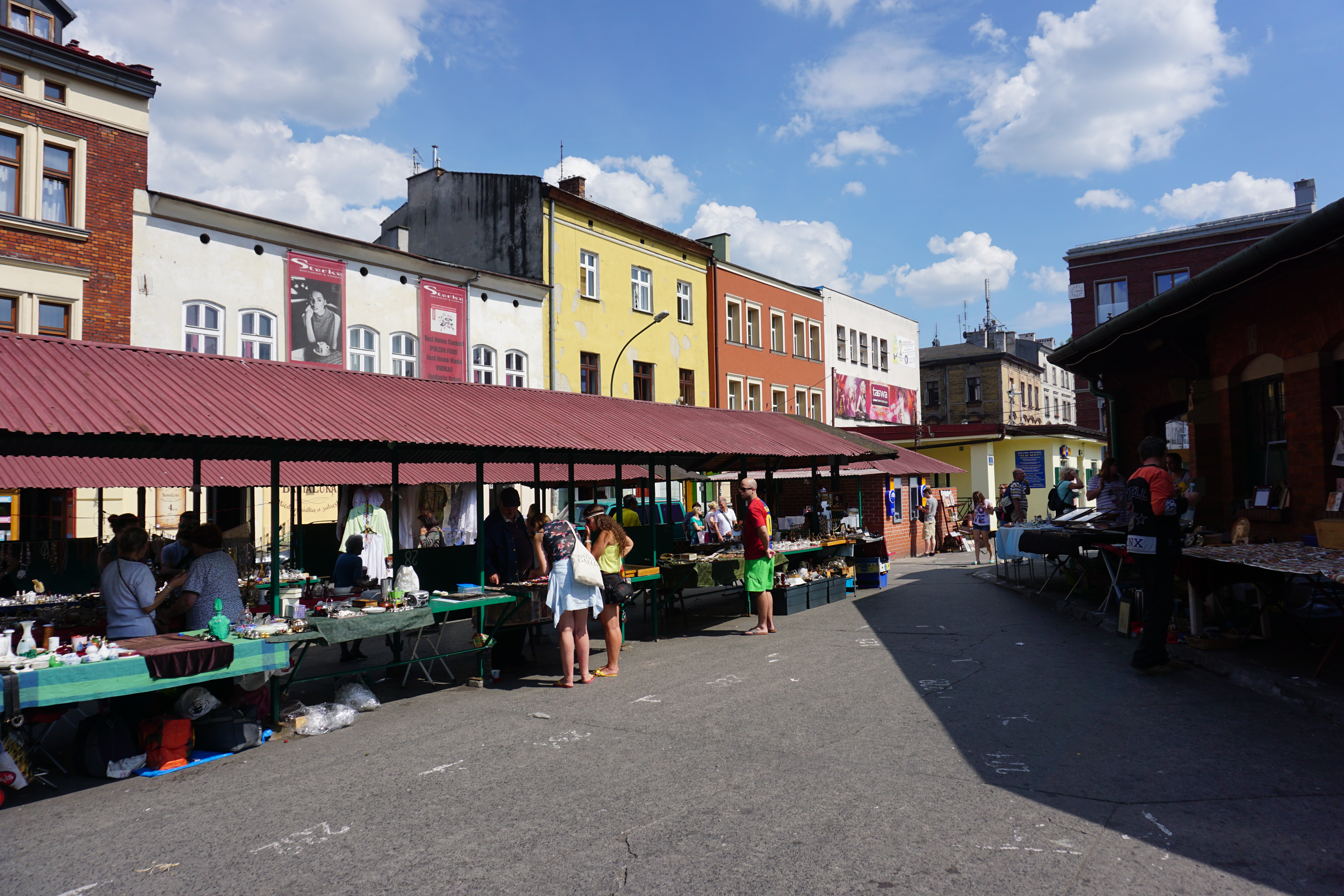 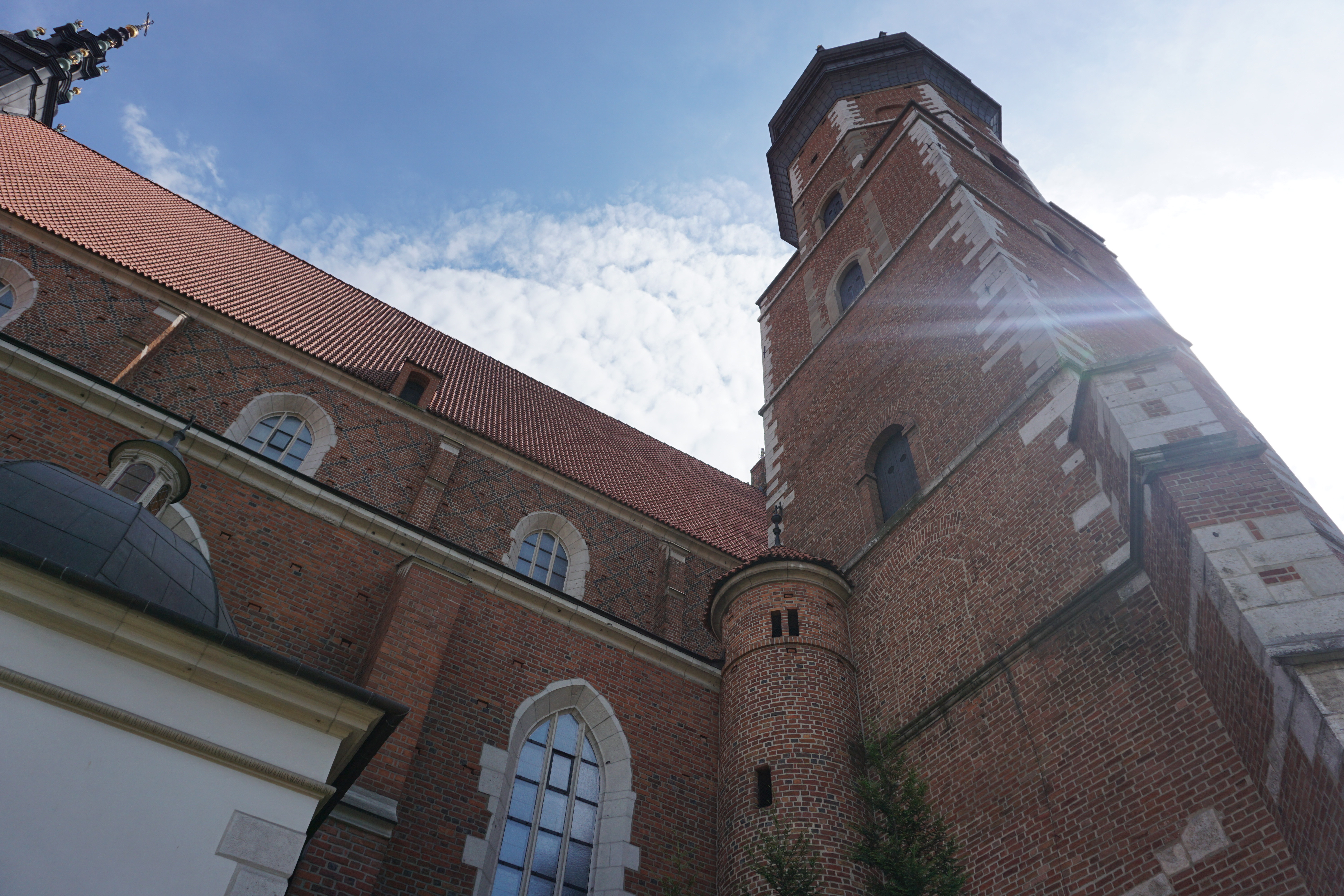 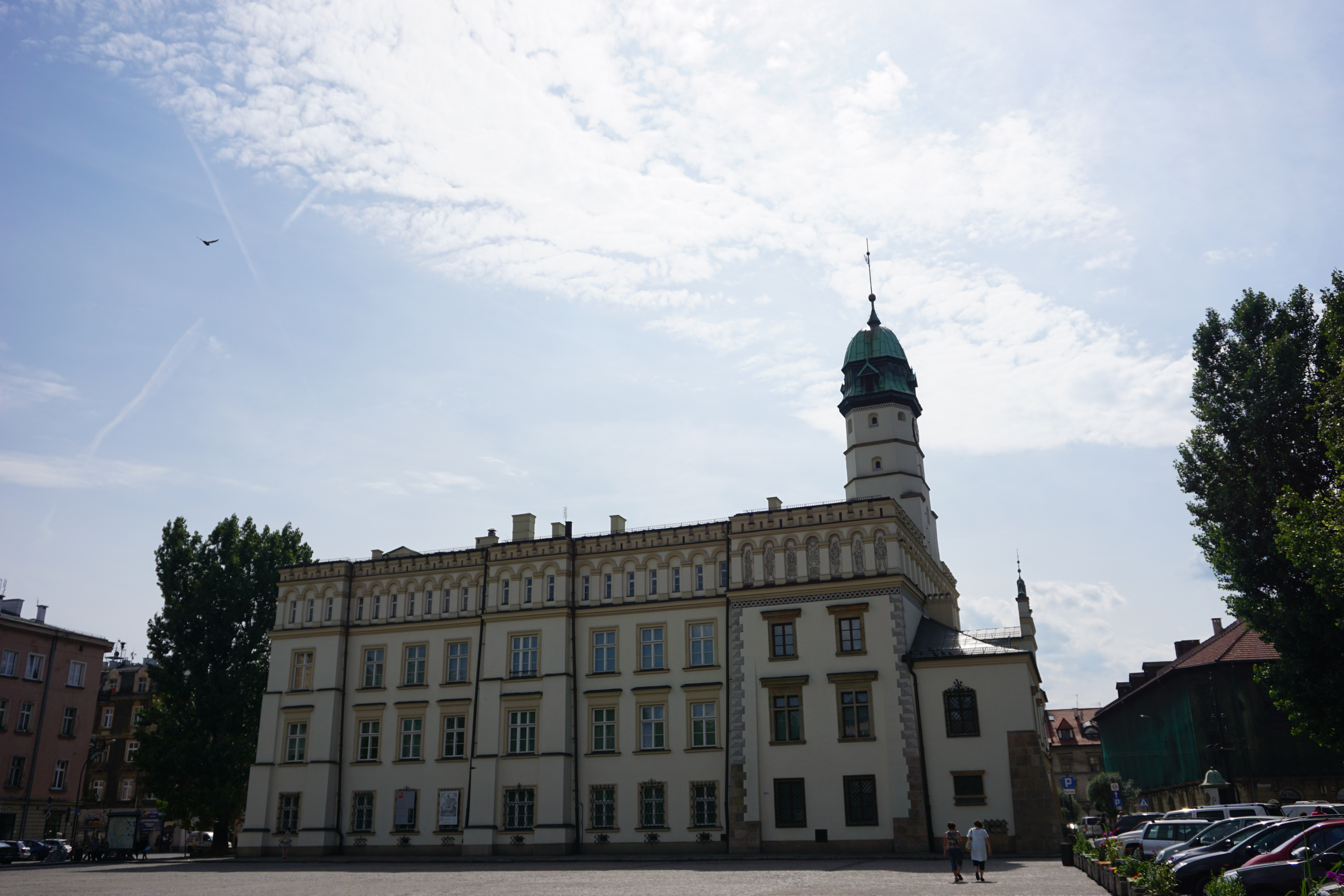 We eventually crossed the bridge to the over side of the river, but not before admiring the view a bit: 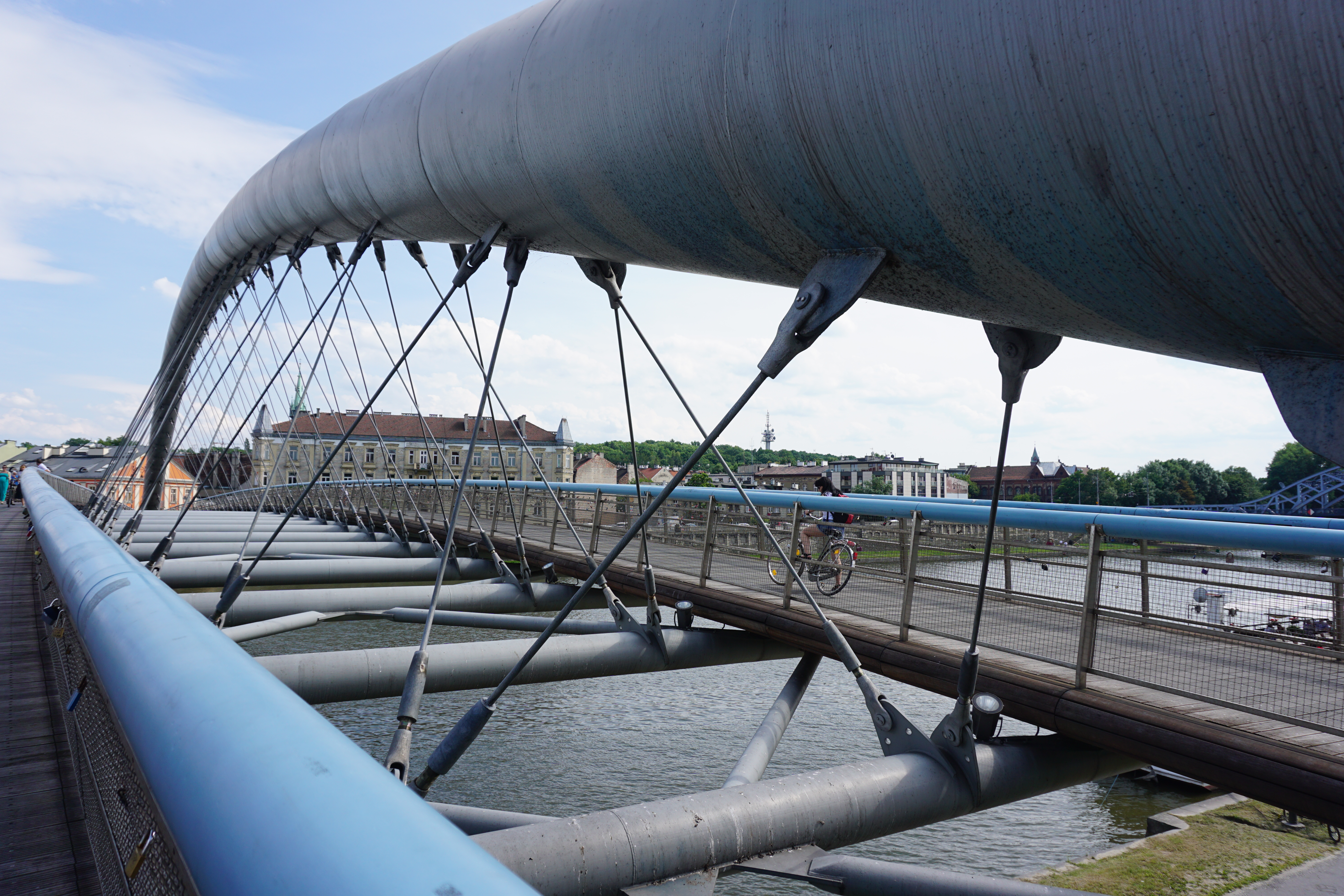 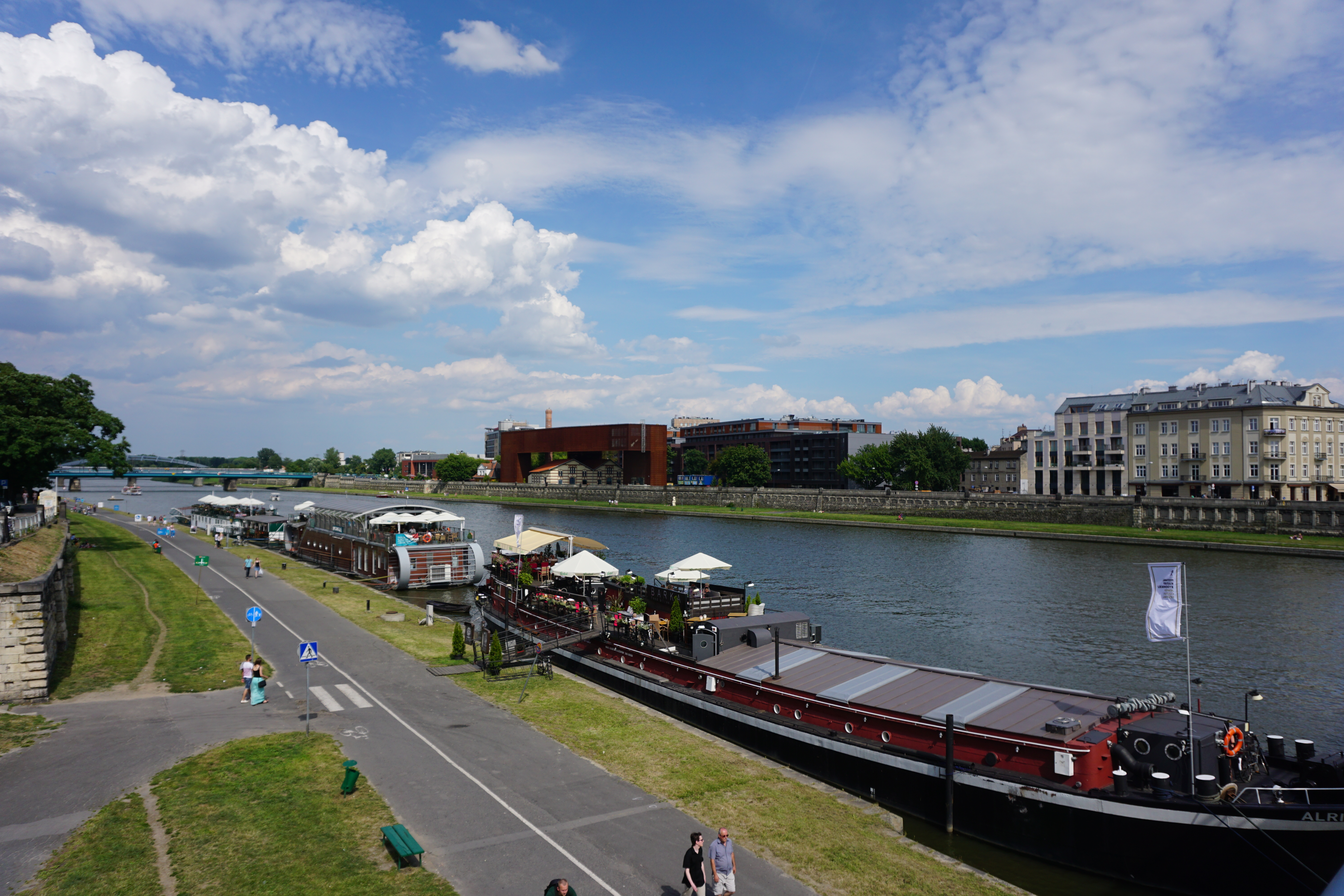 Our guide showed us some street art first (done by the same artist that did a similar one in Berlin which I posted). 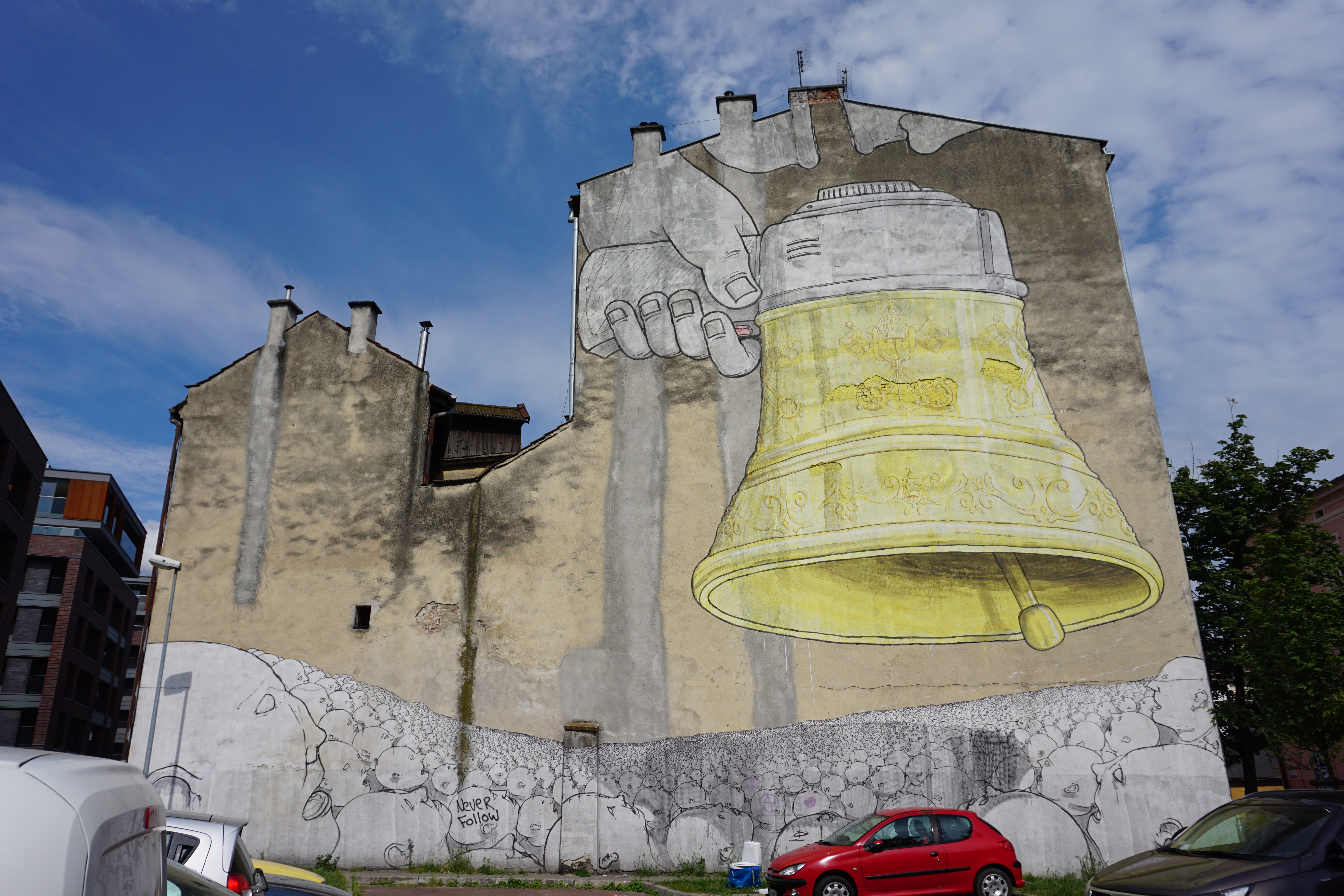 The artwork symbolizes (in my opinion and that of the guide) religion being shoved down the throats (indoctrinated) of the masses. It would otherwise be looked down on, but through the vale of ‘religion’ it’s somehow okay (hence the ornately decorated megaphone). One day the words ‘Never Follow’ appeared on one of the heads. The original artist let it stand as it represented the sediment of the people. I too will never follow any indoctrinated hogwash. I am not a sheep, I am my own master.

To conclude the tour, we stopped at the Nazi organization square for deportation to camps. Large empty chairs merrily filled the square representing those which used to wait there. 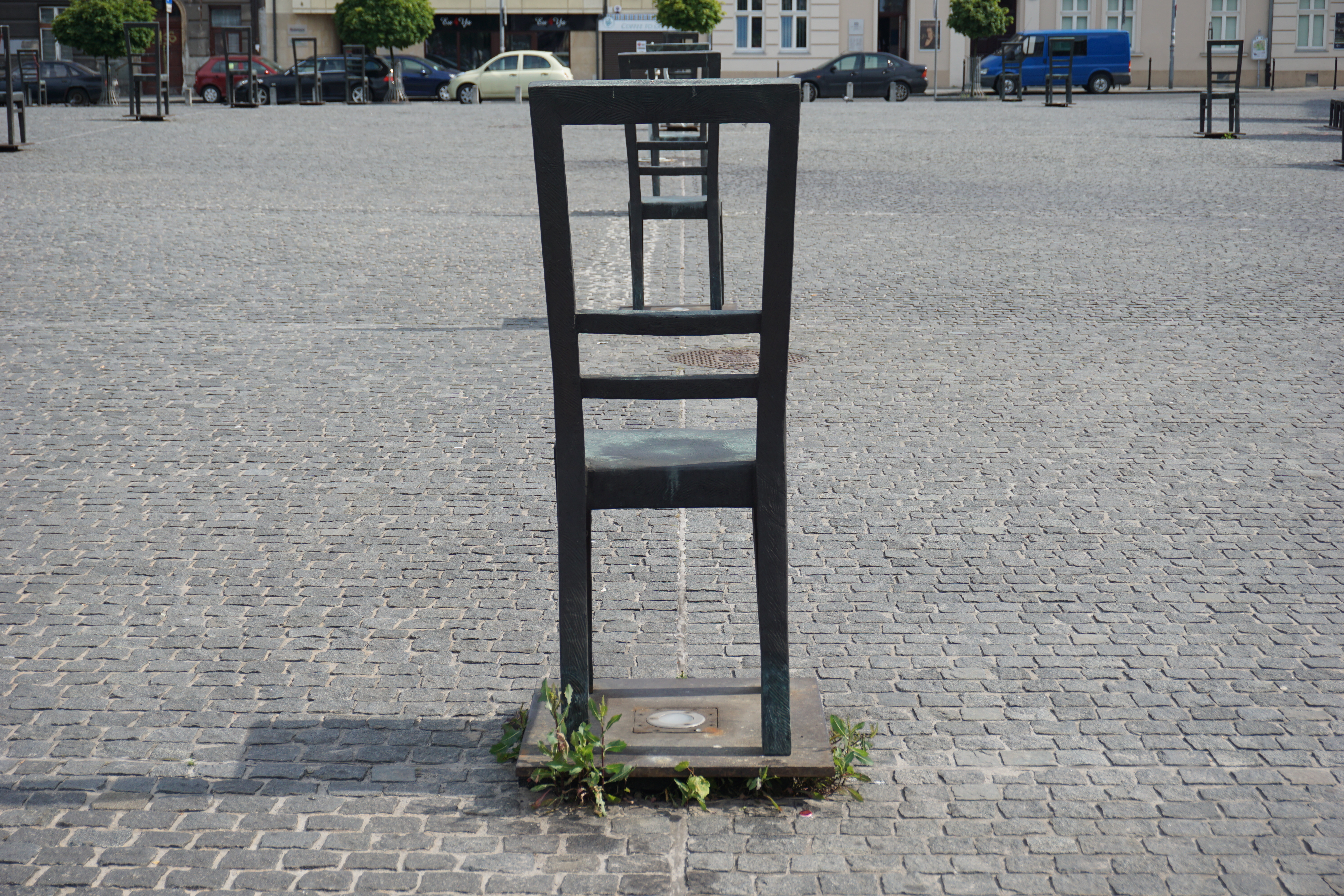 On my way back to the hostel (after quite a long day), I found some live music!

I finally checked into my hostel to find a Brazilian bro sleeping. We subsequently chatted a bit as I settled in. I eventually headed downstairs for a free family dinner. Afterwards we were joined in our room by another mate from ‘merica (but born in Britain). We all decided to partake in the pub (club) crawl as the Brazilian futbol team won their match.

Trays and trays of shots flowed like water. I seriously had about two dozen of the watered-down shots along with a few beers before heading out. Saturday night in Krakow was cracking to say the least. We crushed it at the clubs and stumbled back in at various times. I wanted to make it over to a club called Shine, so I branched from the barcrawl. I showed the bouncer my ID and mumbled some broken Polish to get in. The ‘ski’ effect worked! Glad we planned tours for tomorrow afternoon rather than morning, because we crushed it pretty hard at night.