Krakow Day 41: Rainy Walks, Wieliczka Salt Mine, and Yet Another Night Out

Day 41: Rainy Walks, Wieliczka Salt Mine, and Yet Another Night Out

Giving ourselves even more time, we scheduled touring to start at 3:45PM today (as these long nights of drinking have been adding up). This allowed for some “free time” in the morning to explore and fill in the gaps essentially. Back to the Jewish Quarter for some beers and foods it was! Specifically, my fellow hostel roommate and I walked over to Klub Alchemia to grab a beer per recommendation from my first tour and the from desk at the hostel–cool vibes there, no doubt. Nom-wise, we opted for some Zapiekankas at ‘the spot’ to get them in (in the main Jewish market square)–very good as well.

The rain then started to pick up. We attempted to ‘wait it out’, but the force kept building, with no signs of stopping. Even with my rain jacket, I stood no chance against the storm. The rain drenched my pants to the point they appeared as leather. My leather shoes also felt like flippers after almost 4km of negotiating the torrents falling from above. Eventually we made it back, attempted to dry off our clothes, and then ate the included free dinner. Next thing we knew, it was nap time, AKA, the drive out to the mine.

Soon thereafter, the tour group had arrived at the mine braving the poor weather. As a UNESCO World Heritage Site, the mines offered a lot of interesting history and overall value. 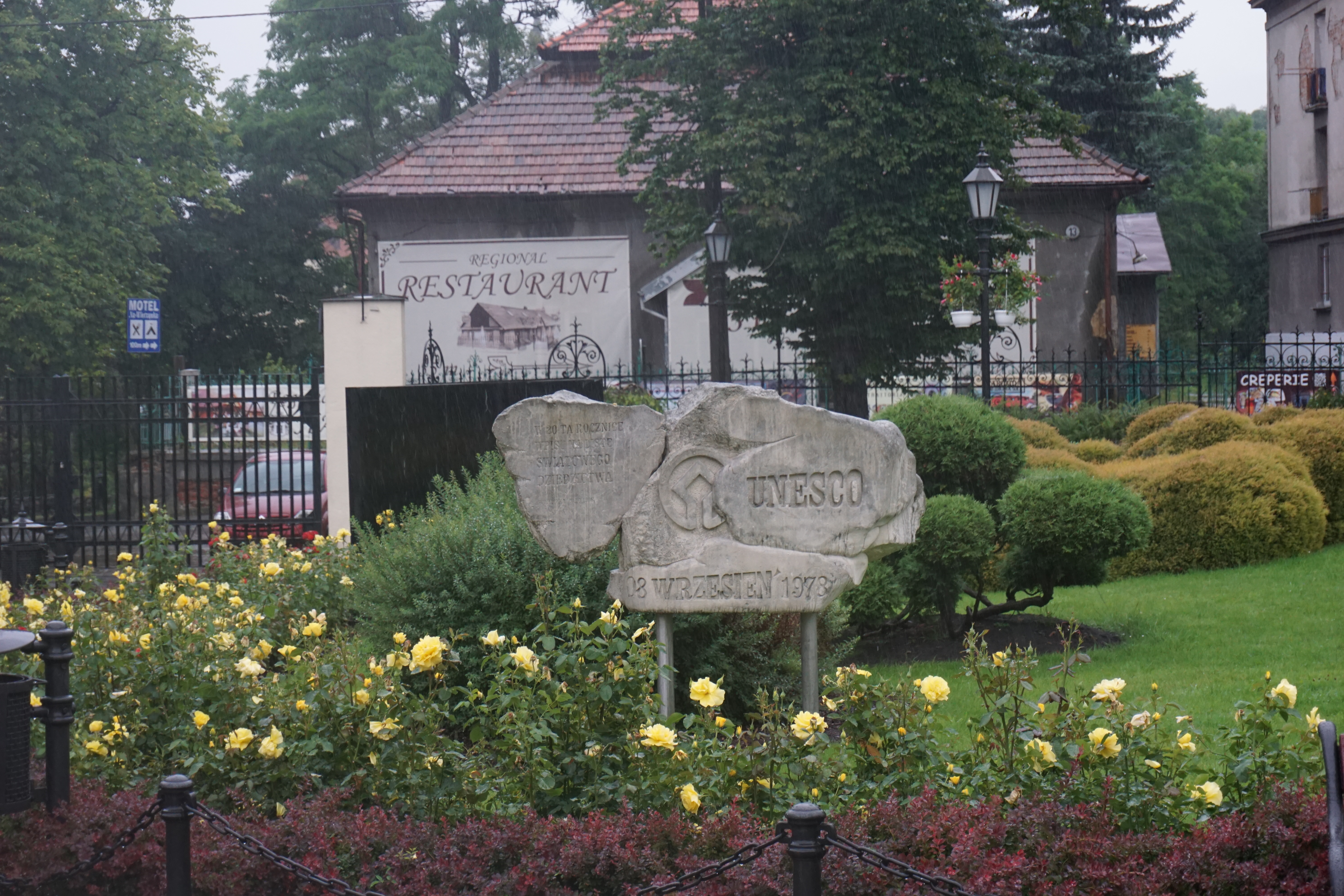 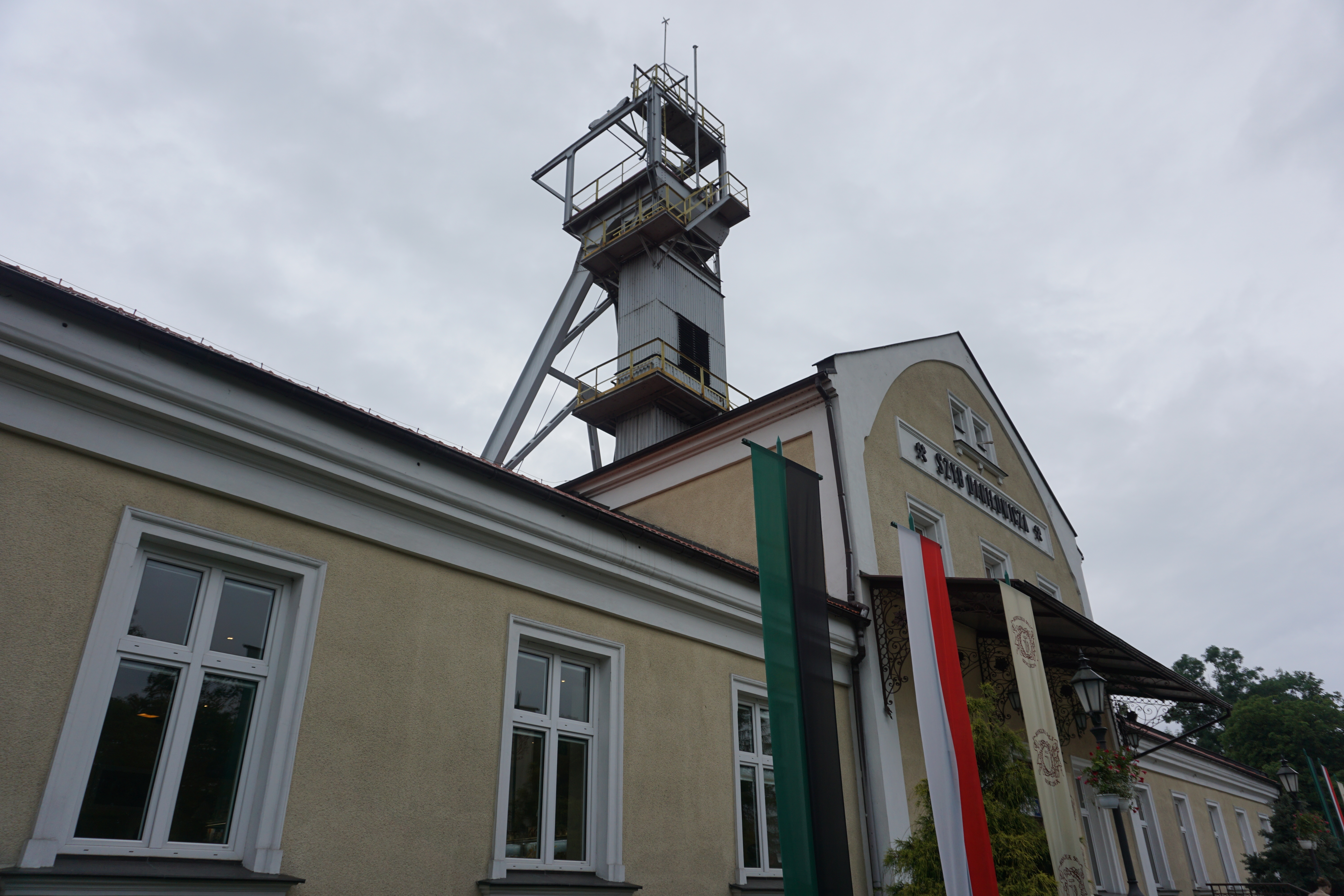 I honestly did not know what to expect, but the 700 year old salt mines impressed nonetheless. 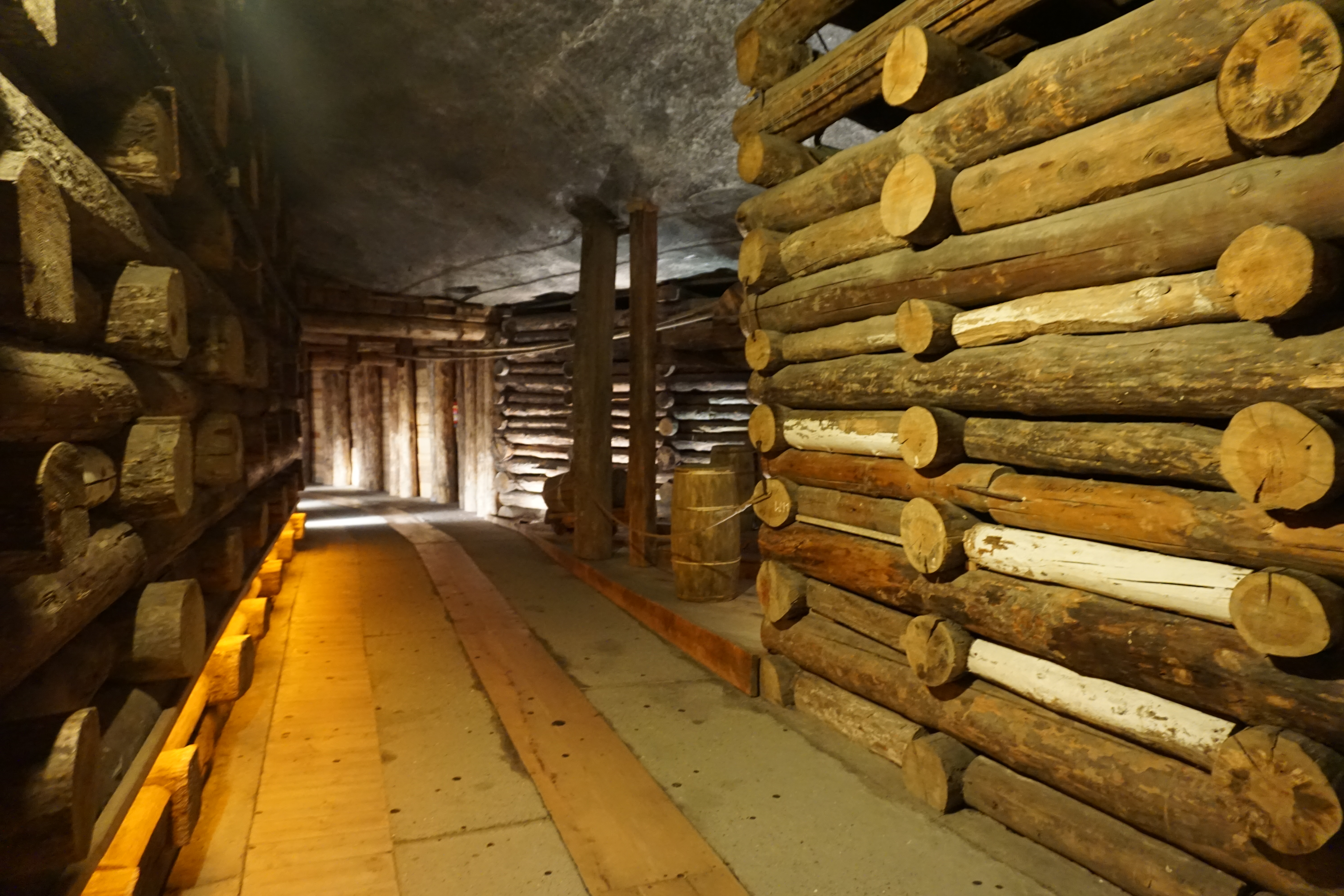 Lots of statues made of salt?! 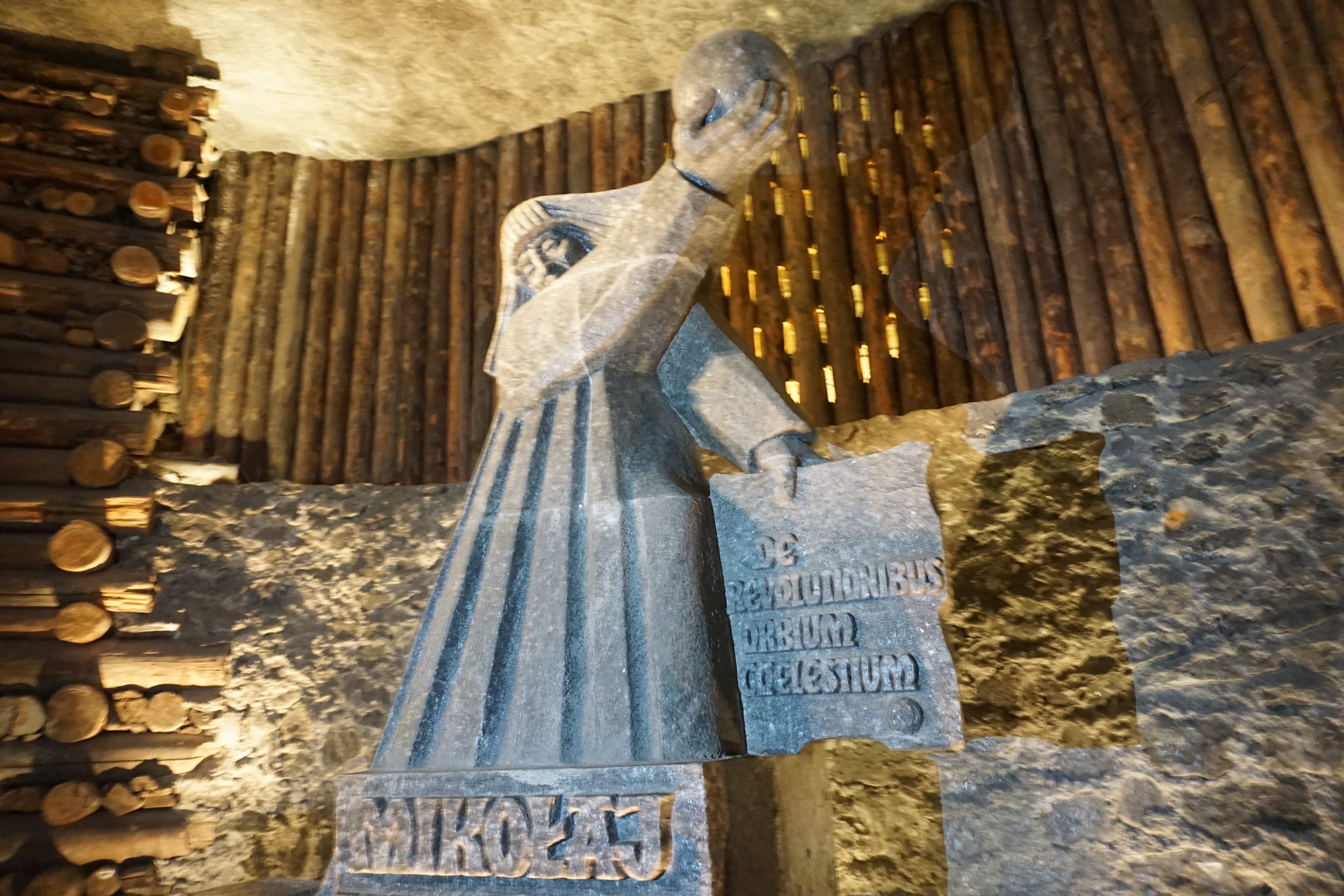 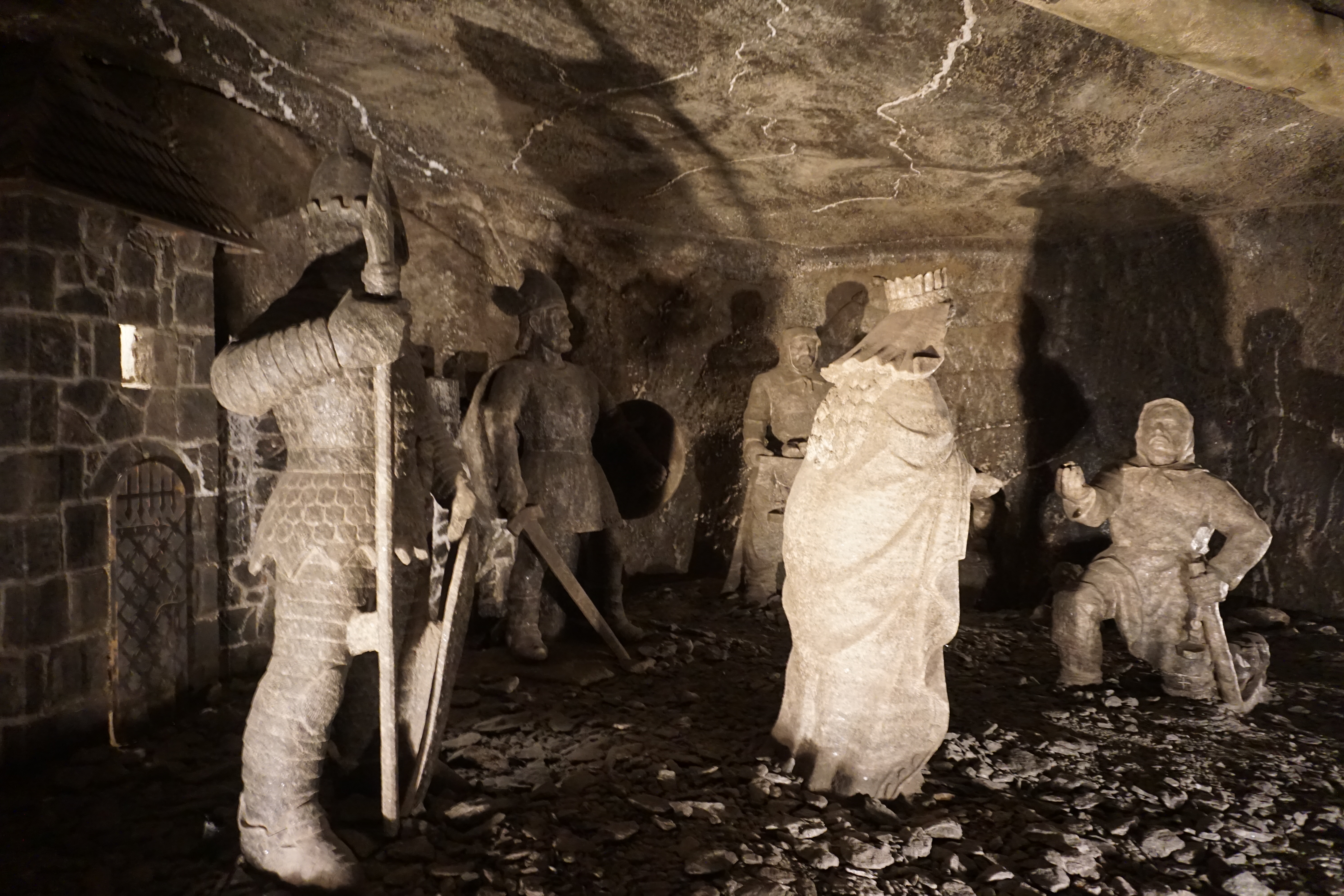 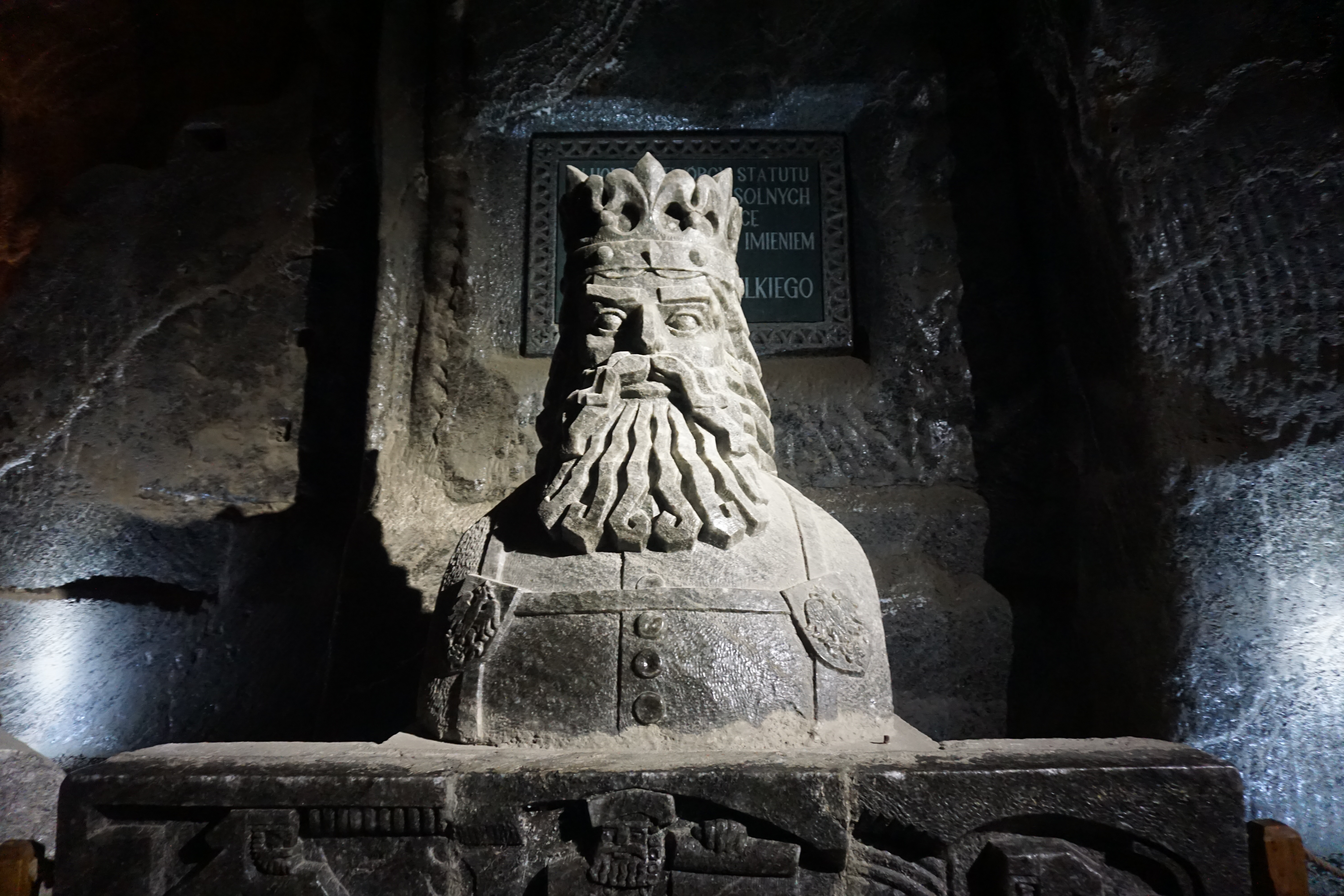 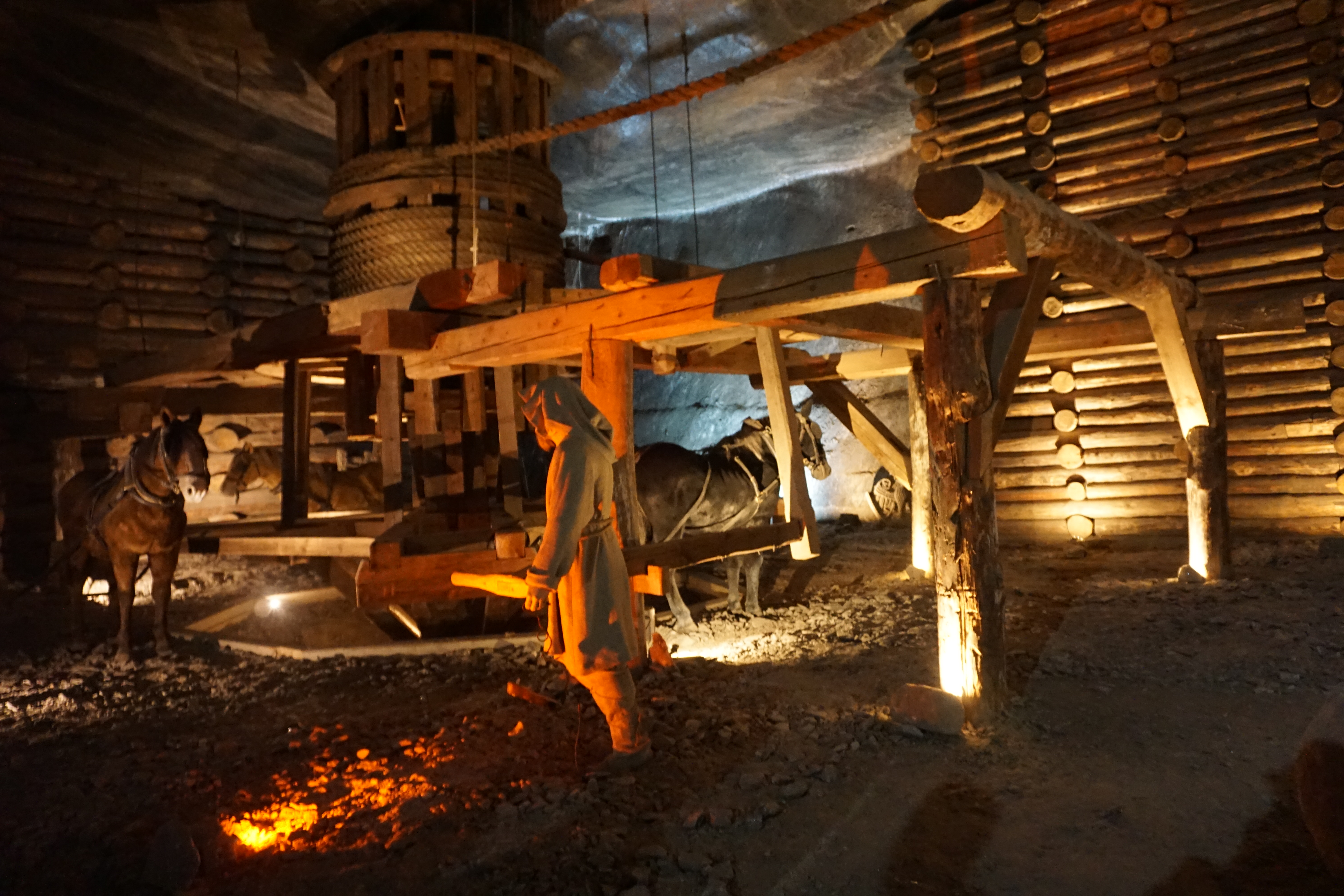 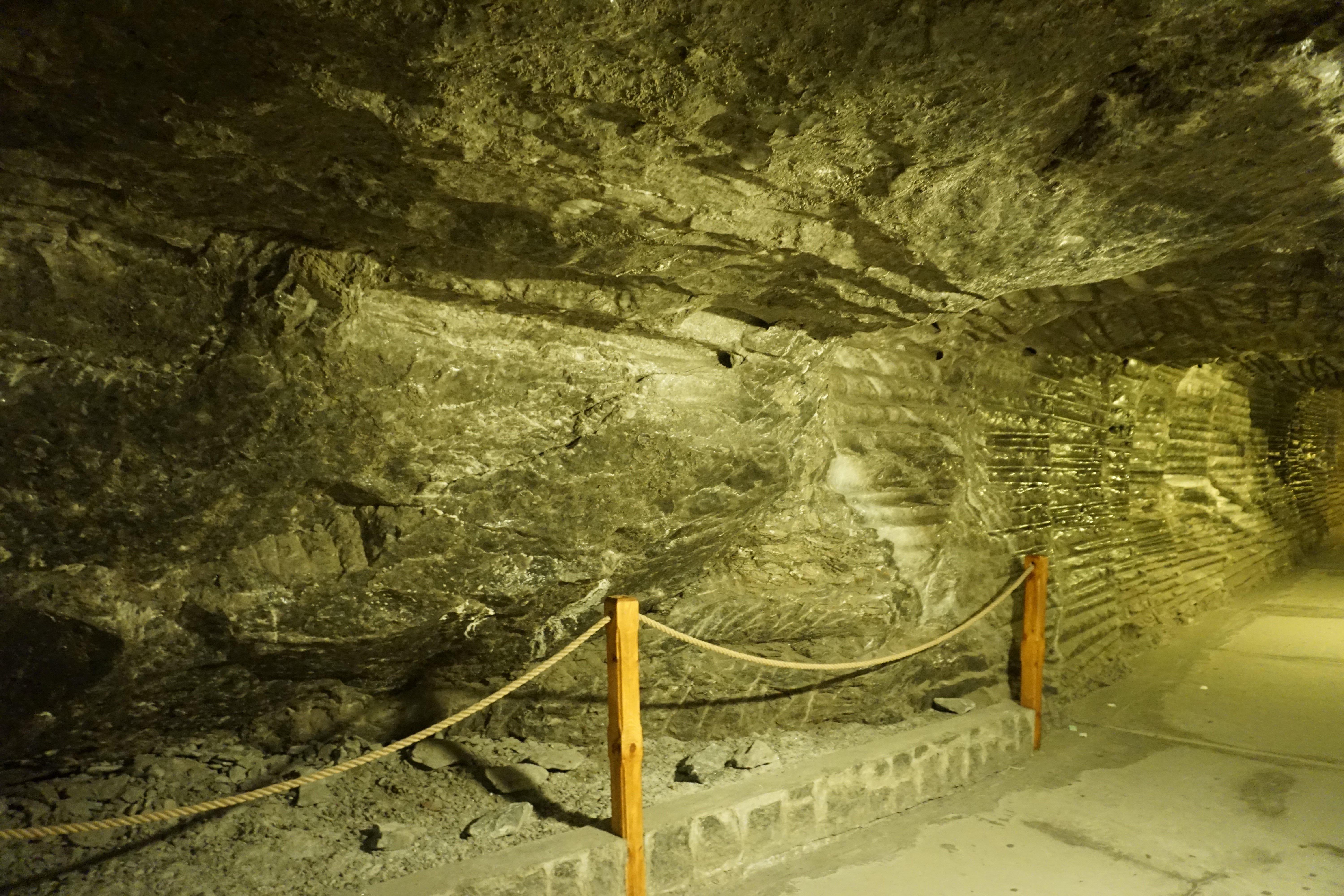 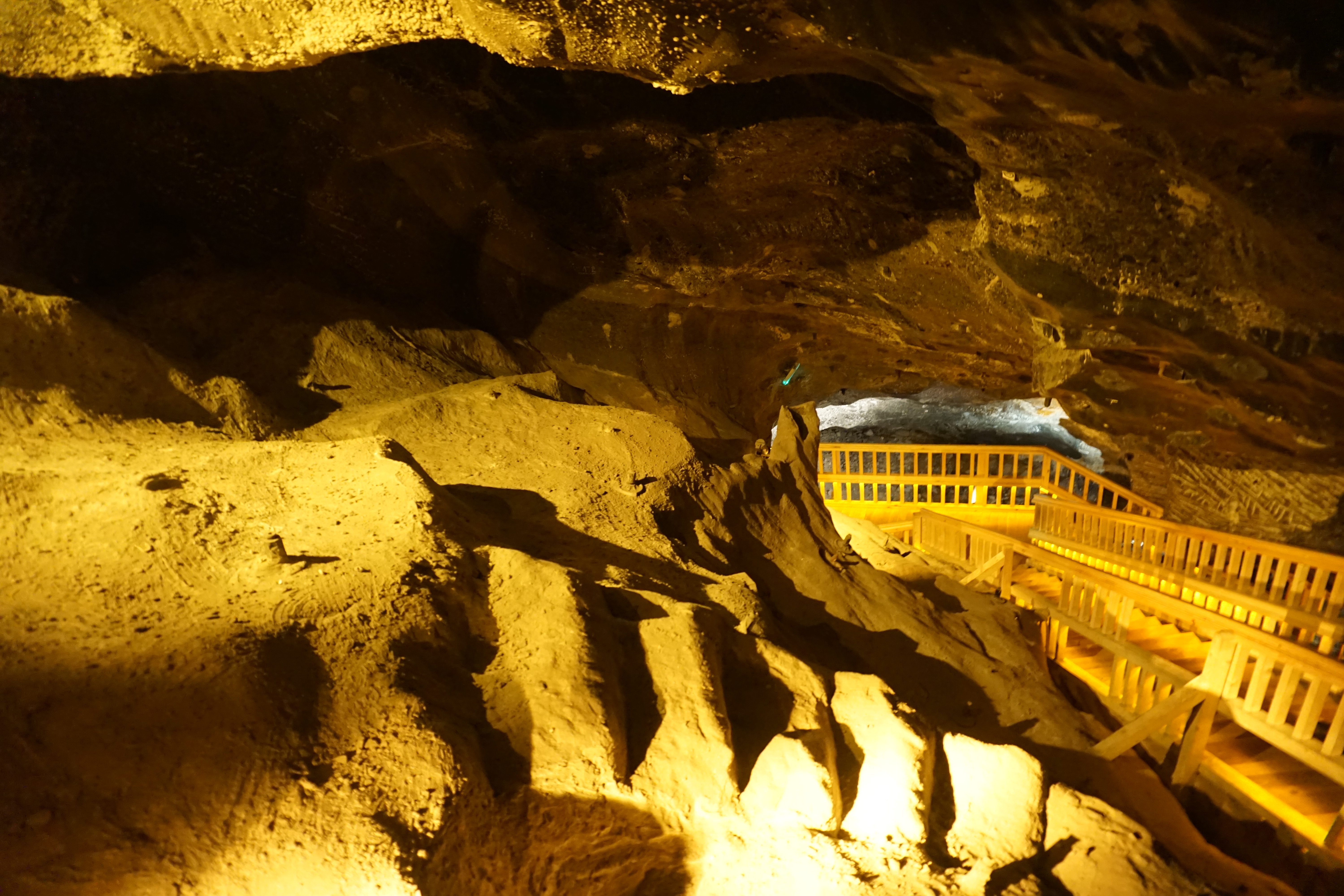 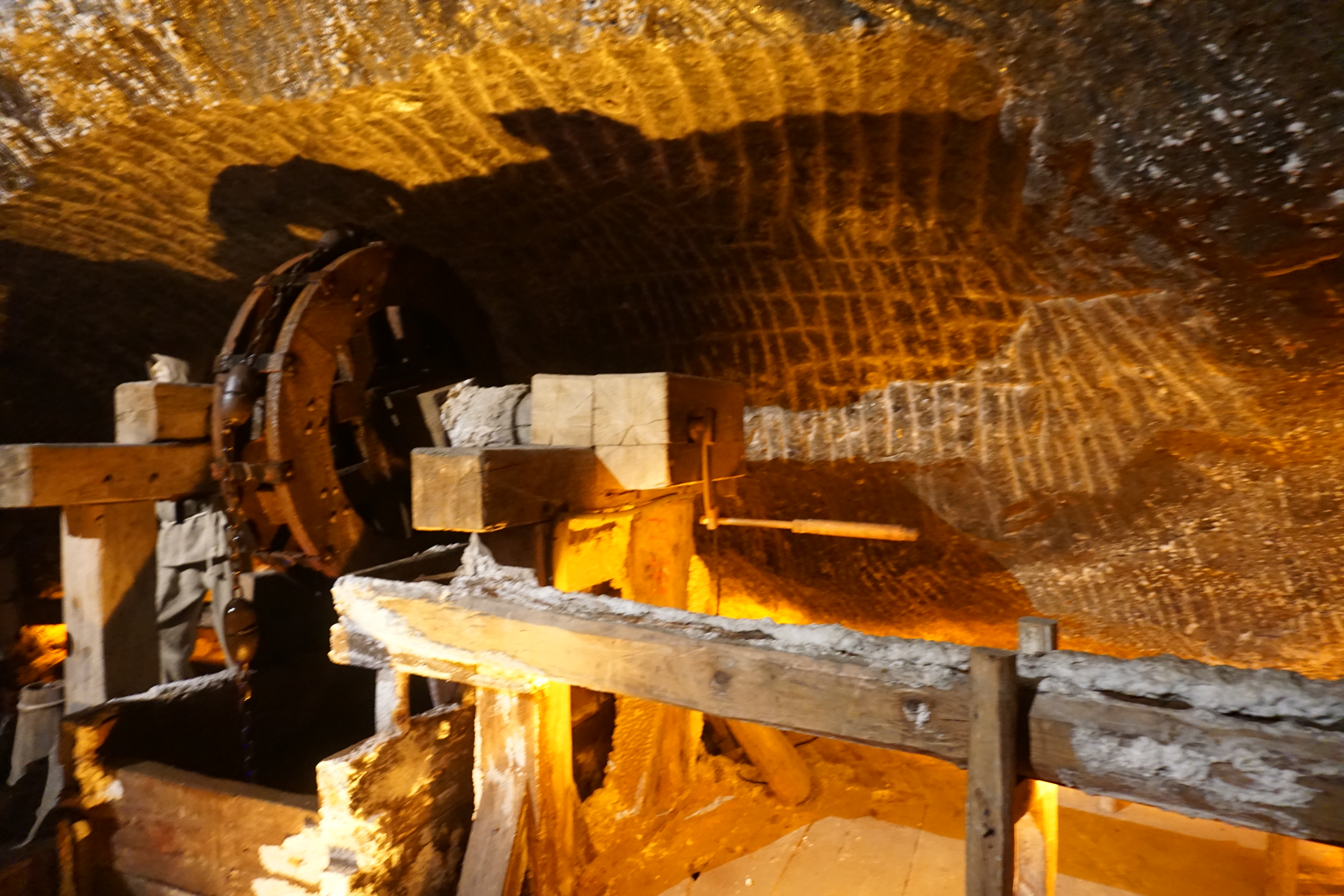 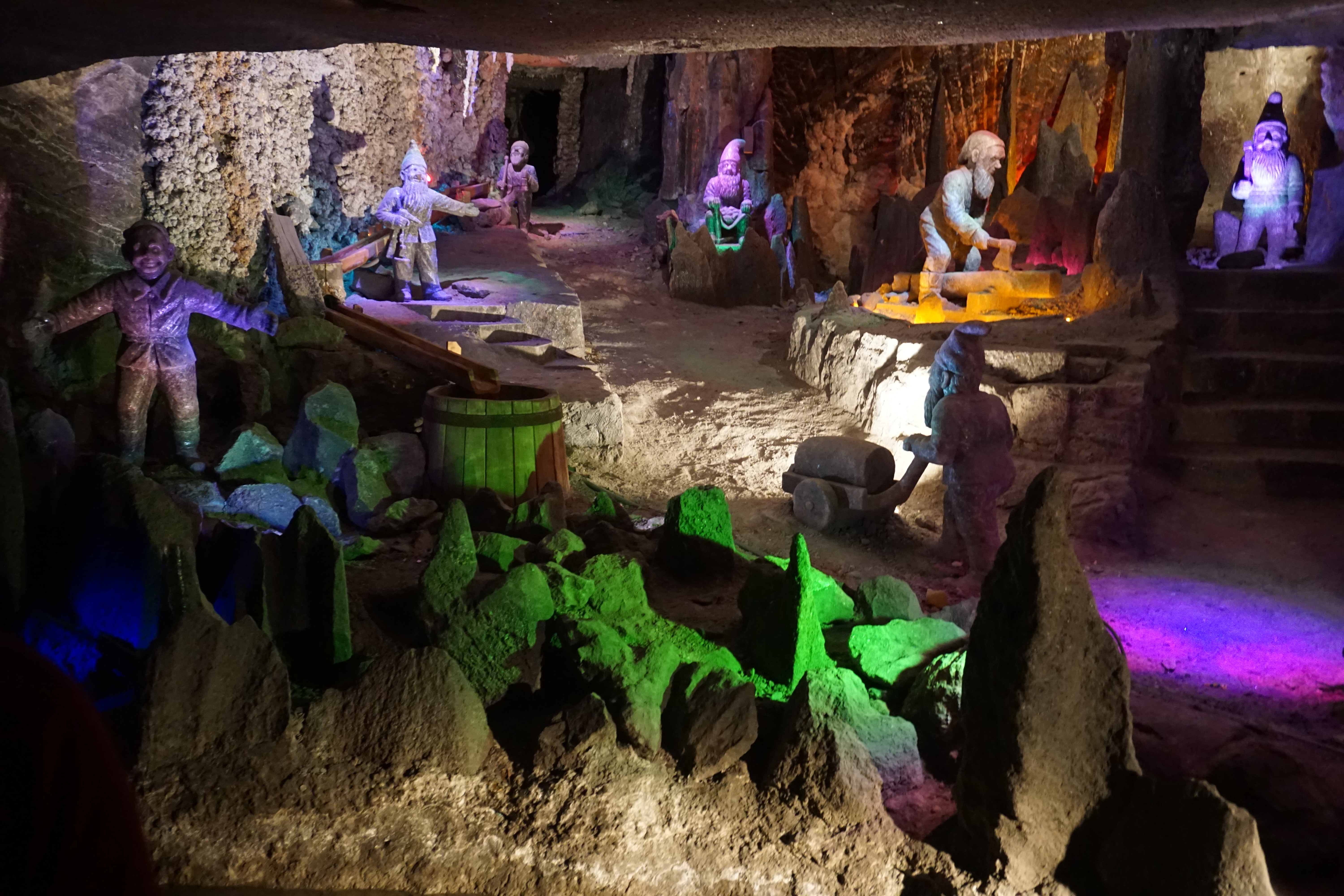 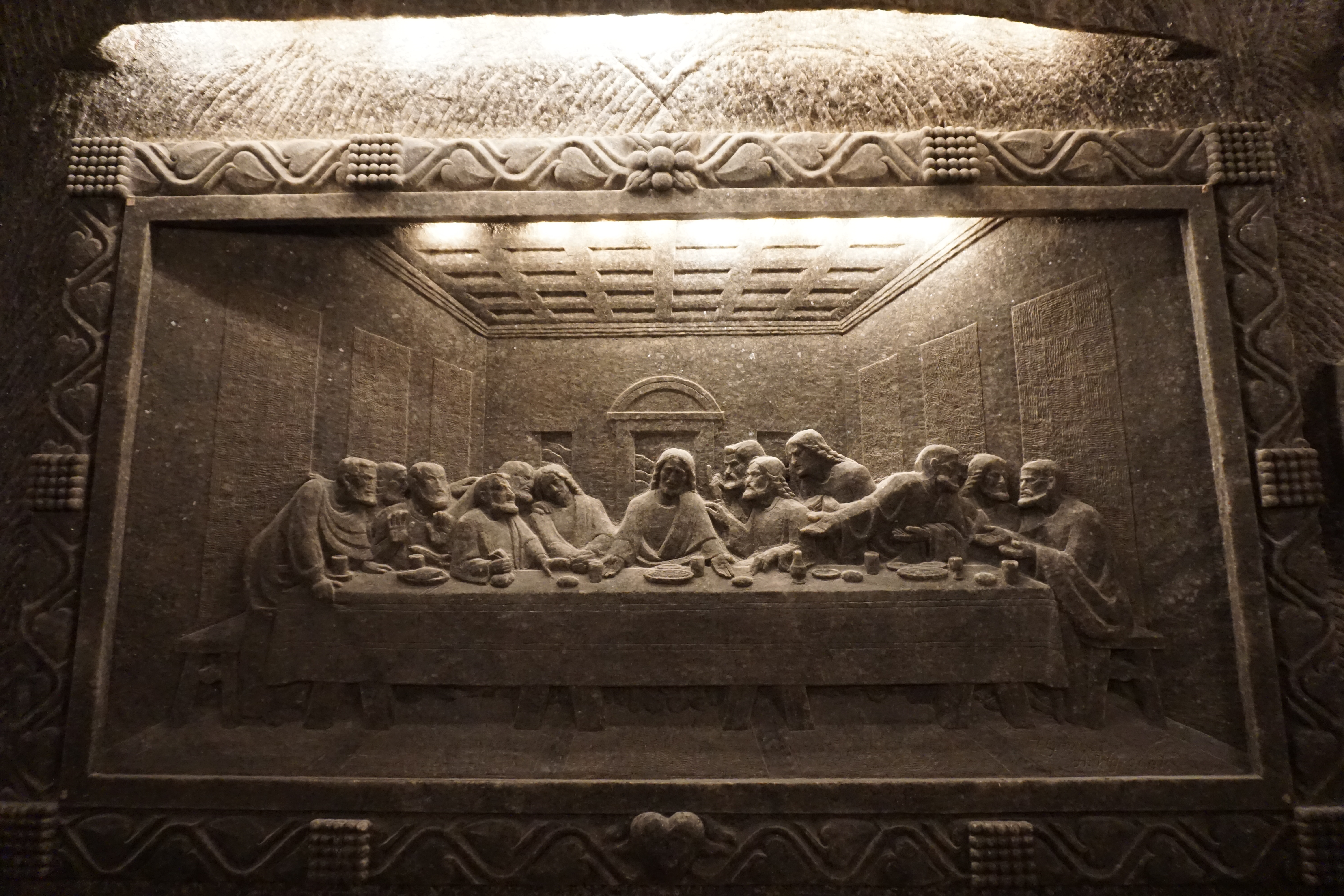 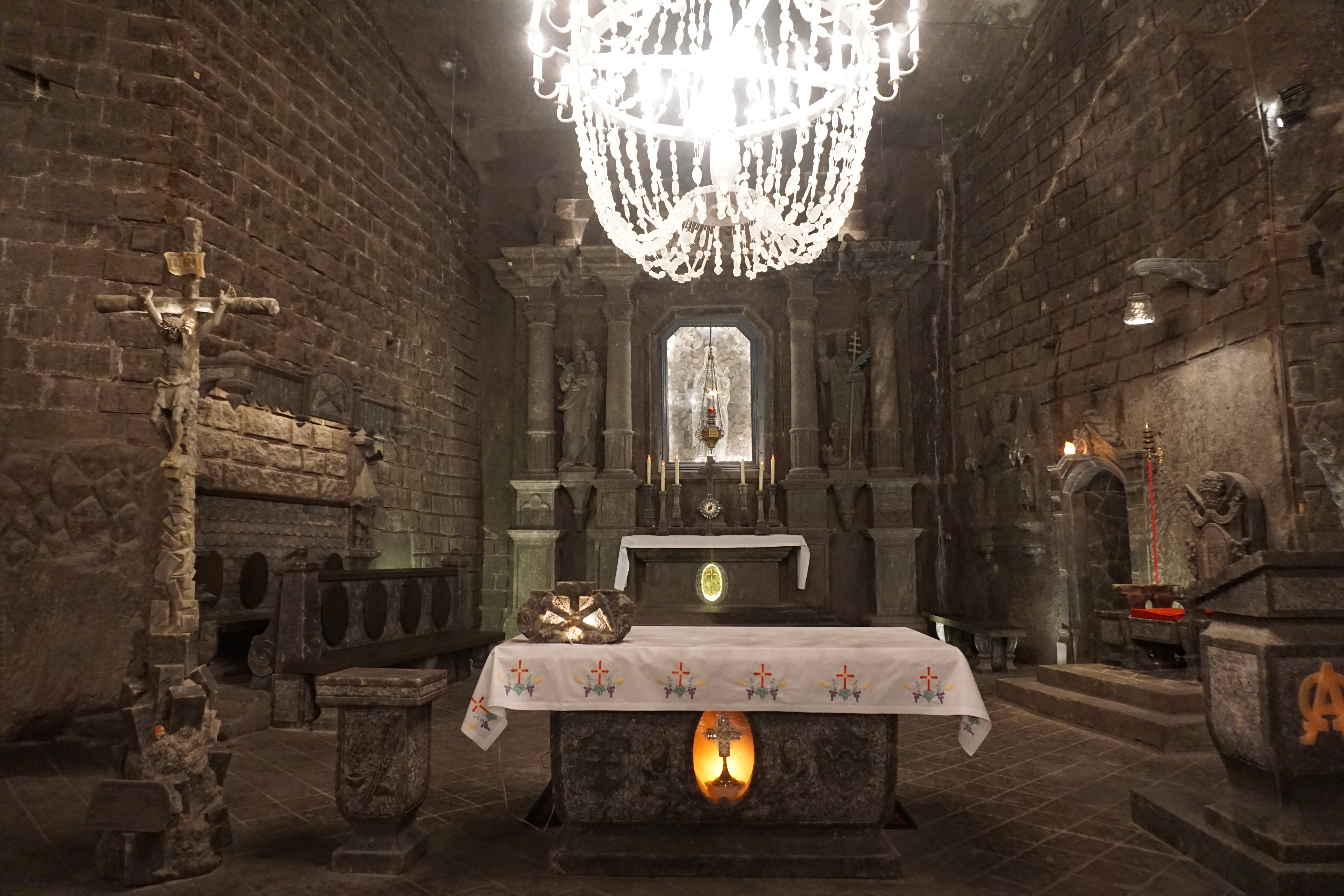 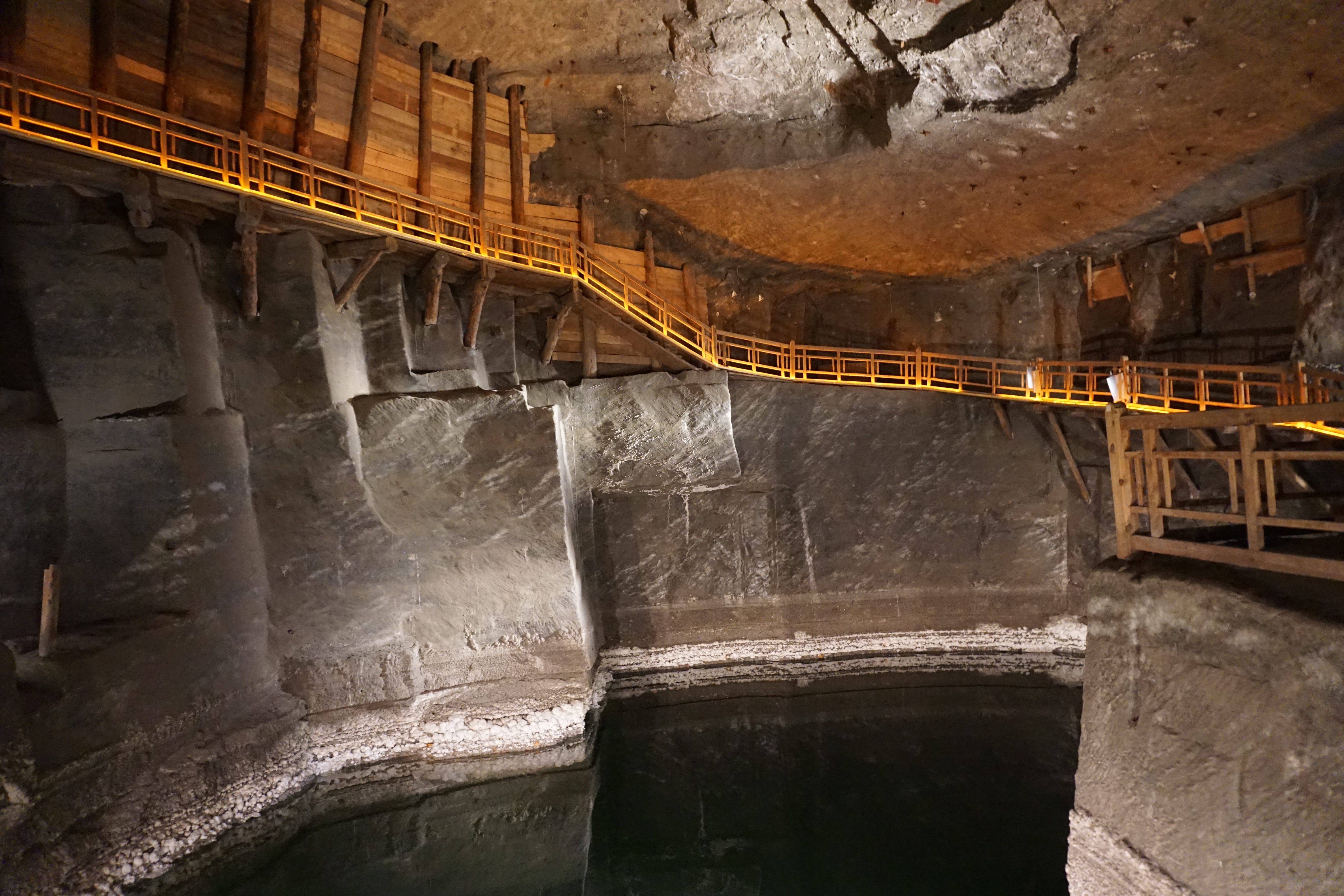 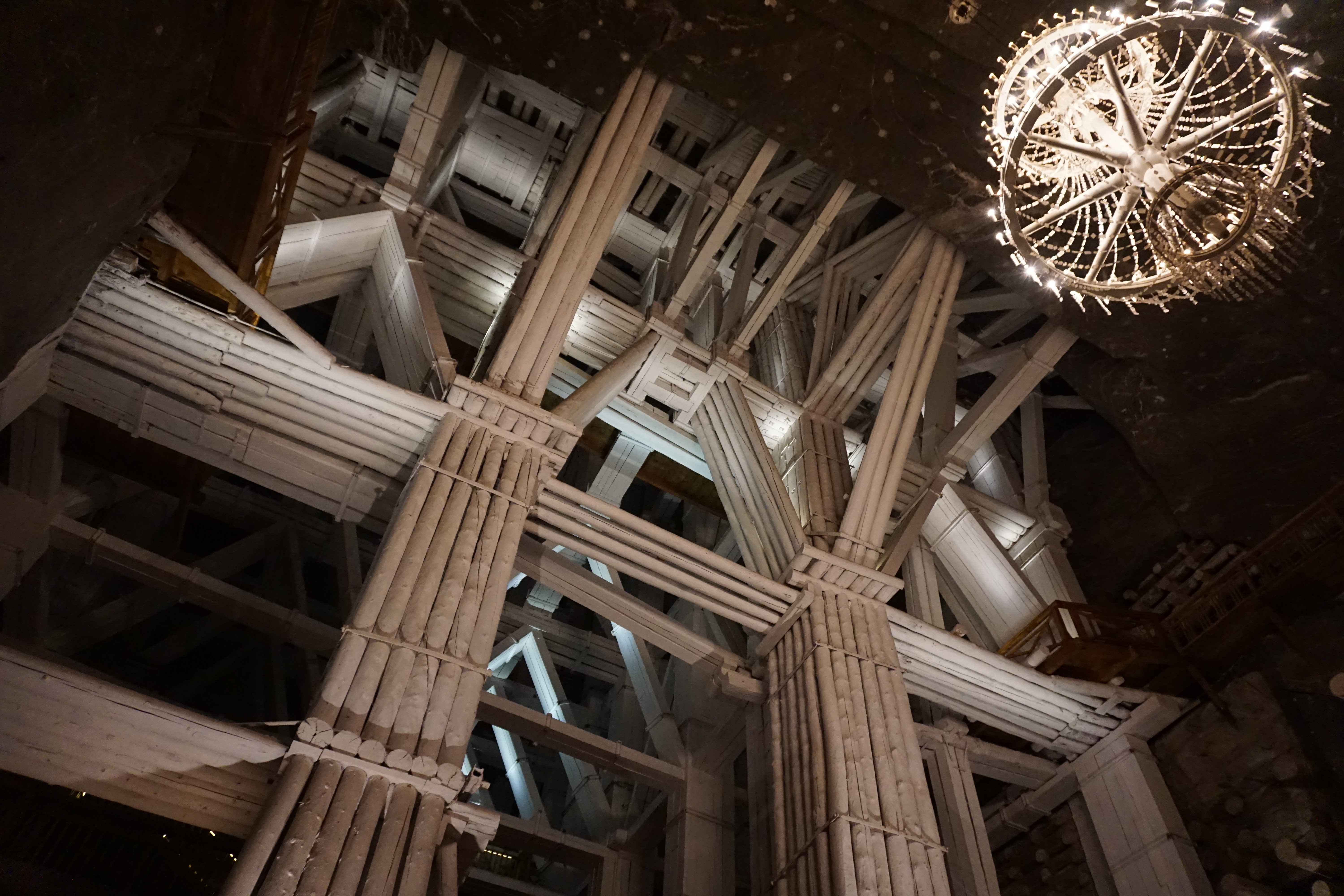 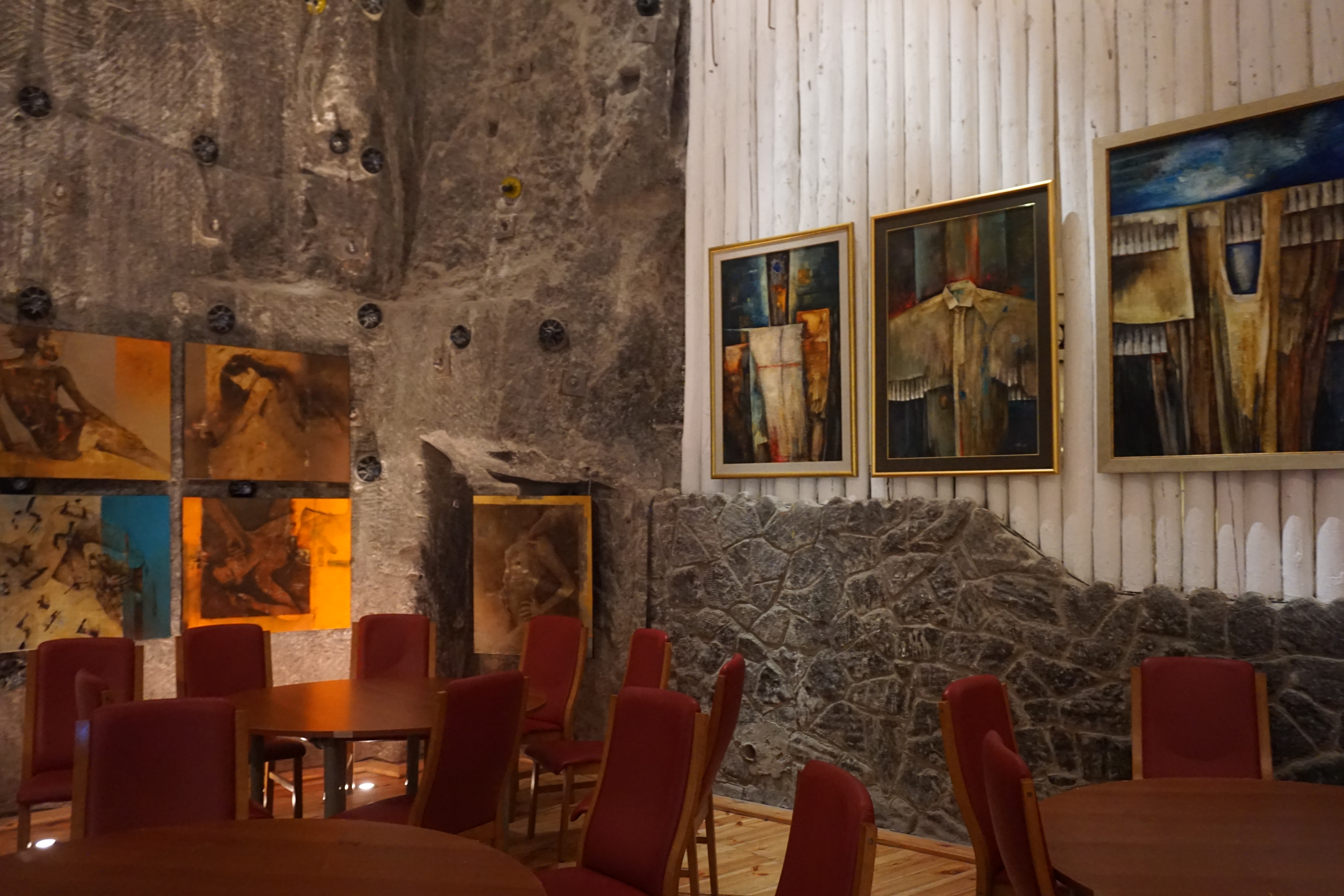 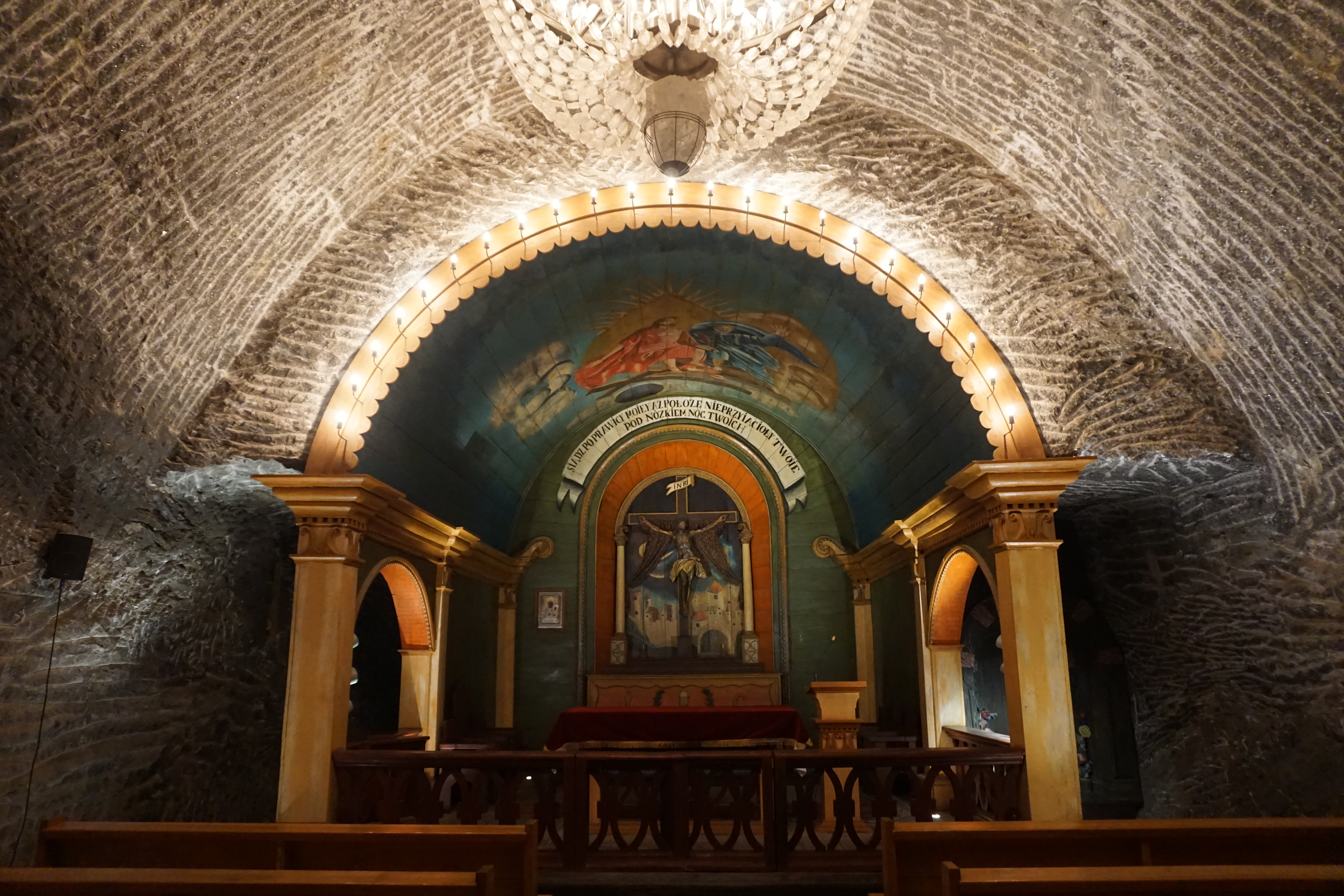 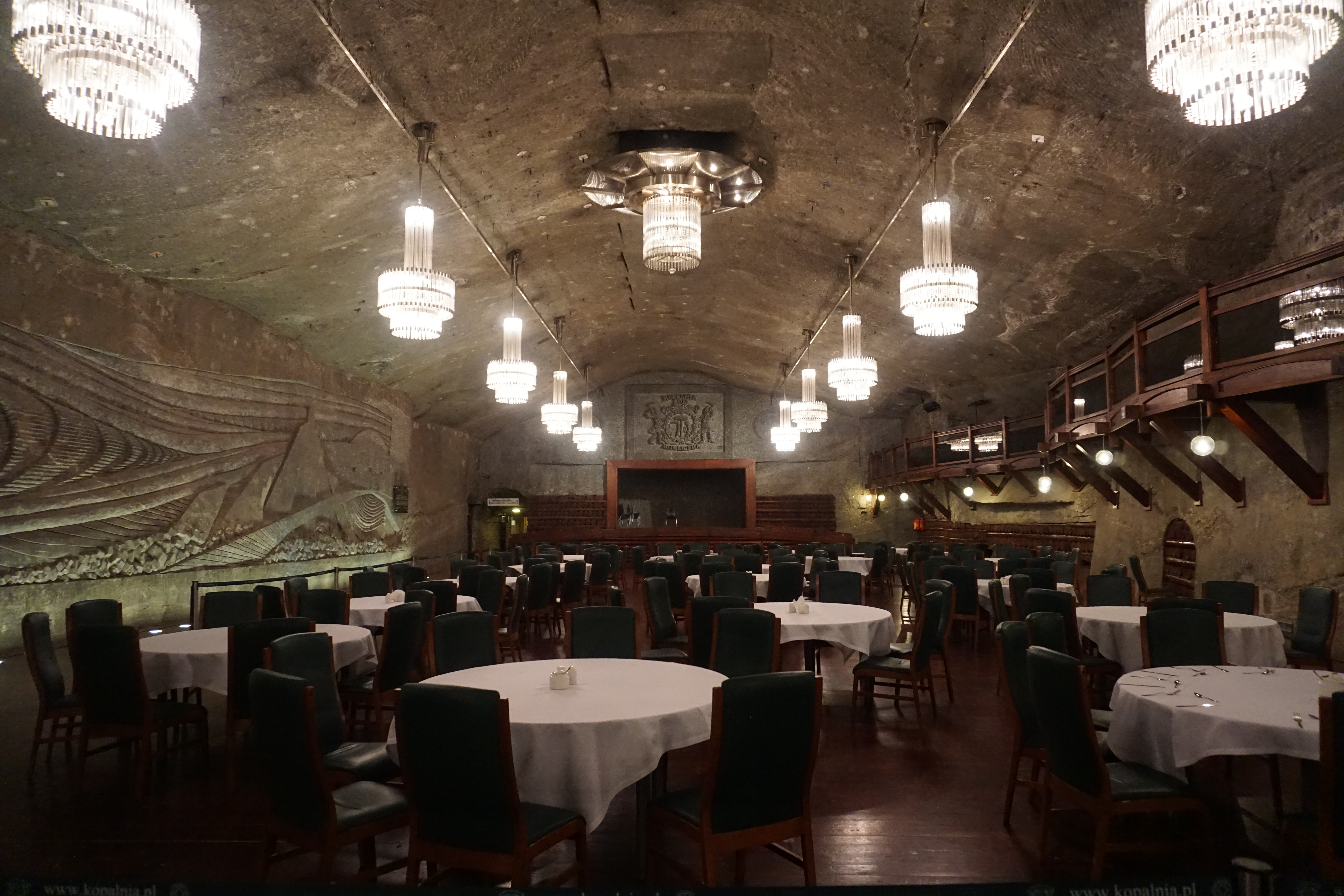 First even underground bungee jump and hot air balloon in this huge cave! 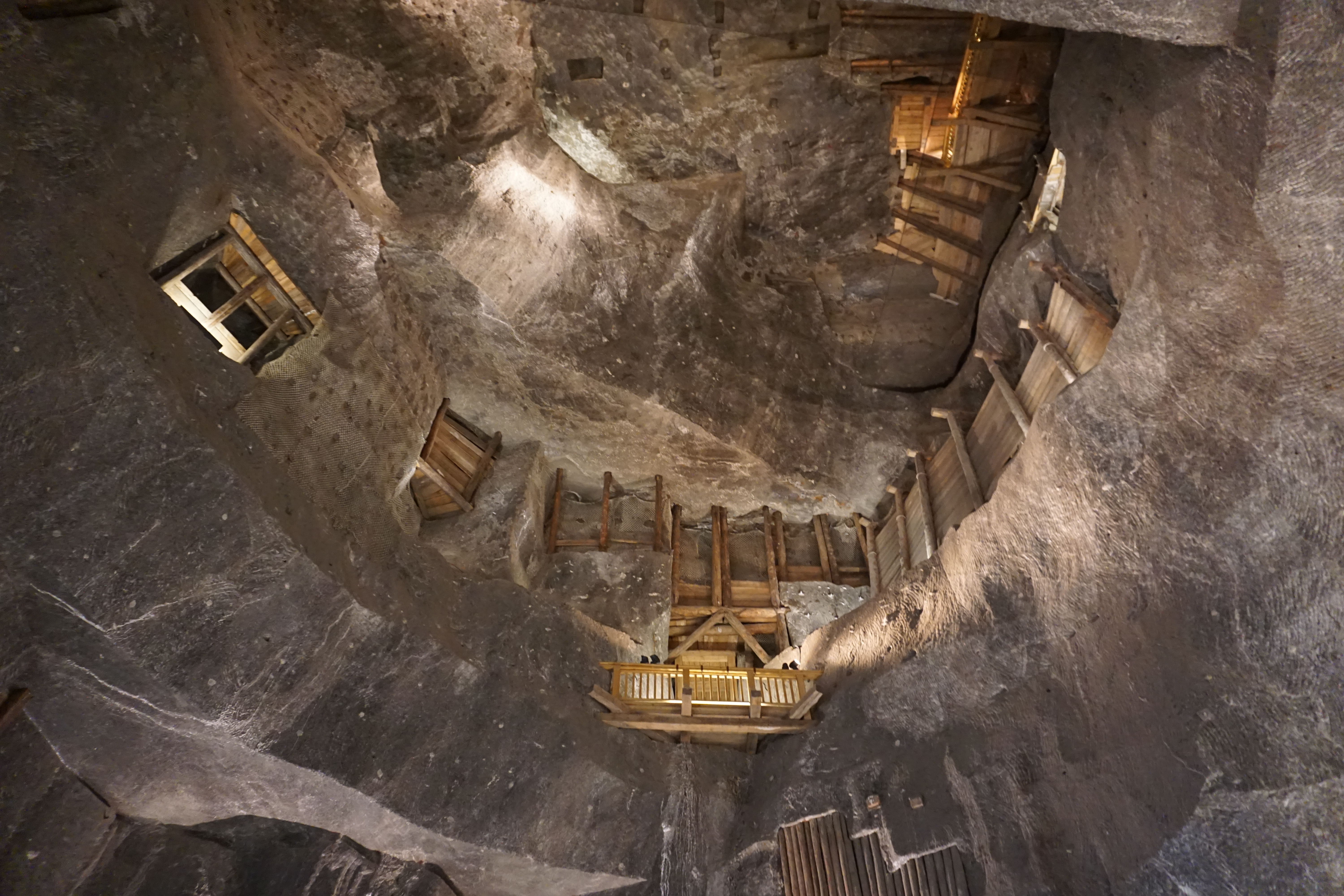 A beer in potentially the lowest underground bar in the world–also necessary. 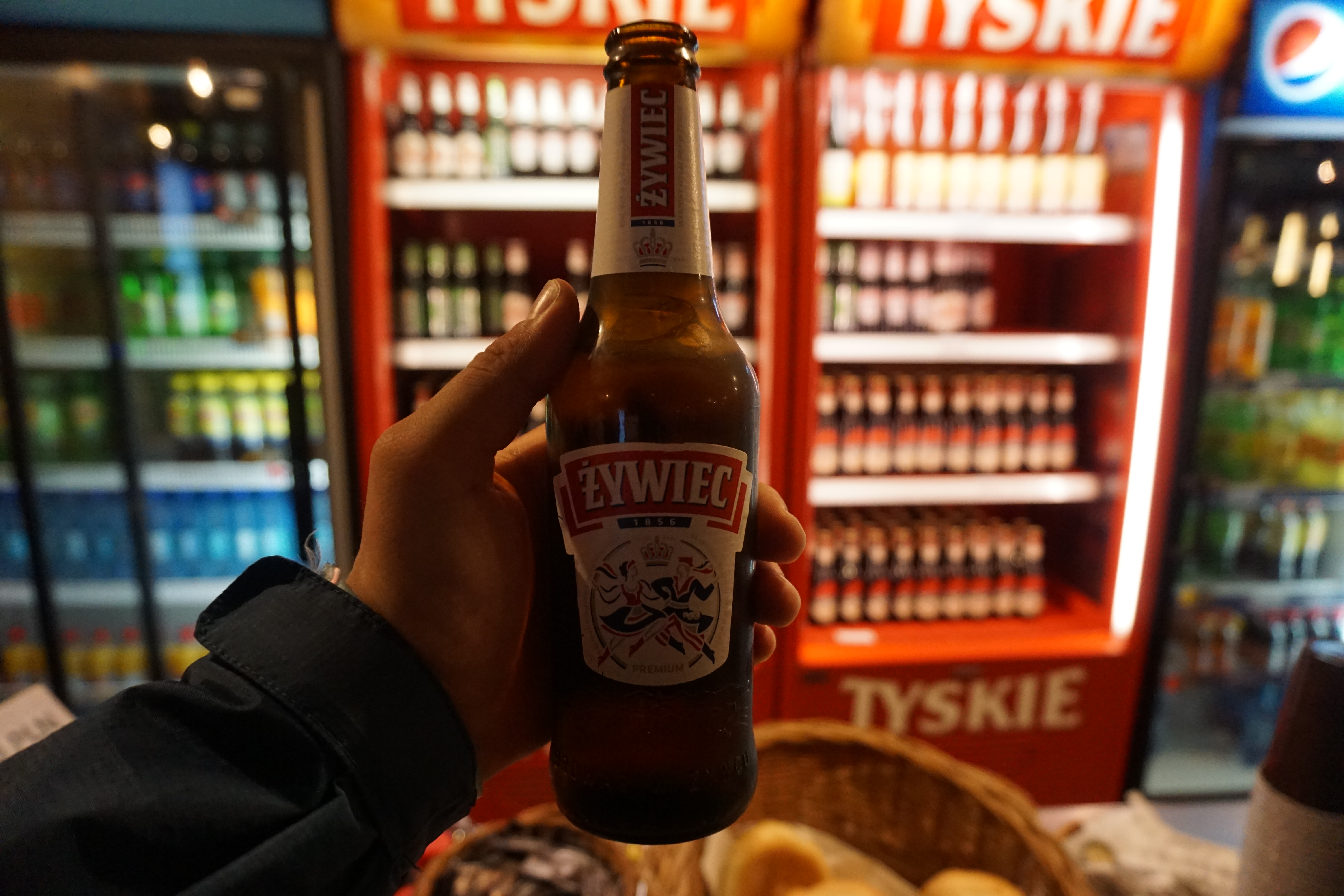 Due to slow tourists, we arrived back at the bus late. Luckily, the drive hauled it those staying at Greg & Tom’s could thereby make the free dinner at 8:15PM (and yes, the hostel provides us a solid 3-course dinner for free if you sign up before 6PM). After food and some rest before the next World Cup match, another guest joined our room (replacing the Brazilian who had checked out prior). The new hostel-mate explained his old hostel smelled like horse piss and that the staff even admitted it and allowed him to transfer easily. We talked for a bit and headed down for a some beers, live music (great guitar duo!), and futbol.

Rather than directly pay 40PZ, we instead waited for Germany to barely win and joined the group mid crawl. As most of us had at least several of the crawl wristbands on we just held them up quickly to gain free entrance. We also acquired some of the free shots (even more free as we did not pay for the crawl). We closed the night out with some drunk food.