I love tech–that’s for sure.  Unfortunately, I couldn’t bring everything with me due to size and weight constraint, so compromises were made.

We’ll start with the most expensive item–my new Yoga Pro 2 laptop.  As you can see under the ‘Technology’ then ‘Computers’ tab, I have recently built a very powerful desktop.  Thus, I only really needed a laptop for portability.  The Yoga can bend in many different ways (hence the name!), from ‘tent’ mode, to tablet and everything in between.  This should come in handy on those long train/plane rides (as I will load this bad-boy up with some anime, no doubt!). 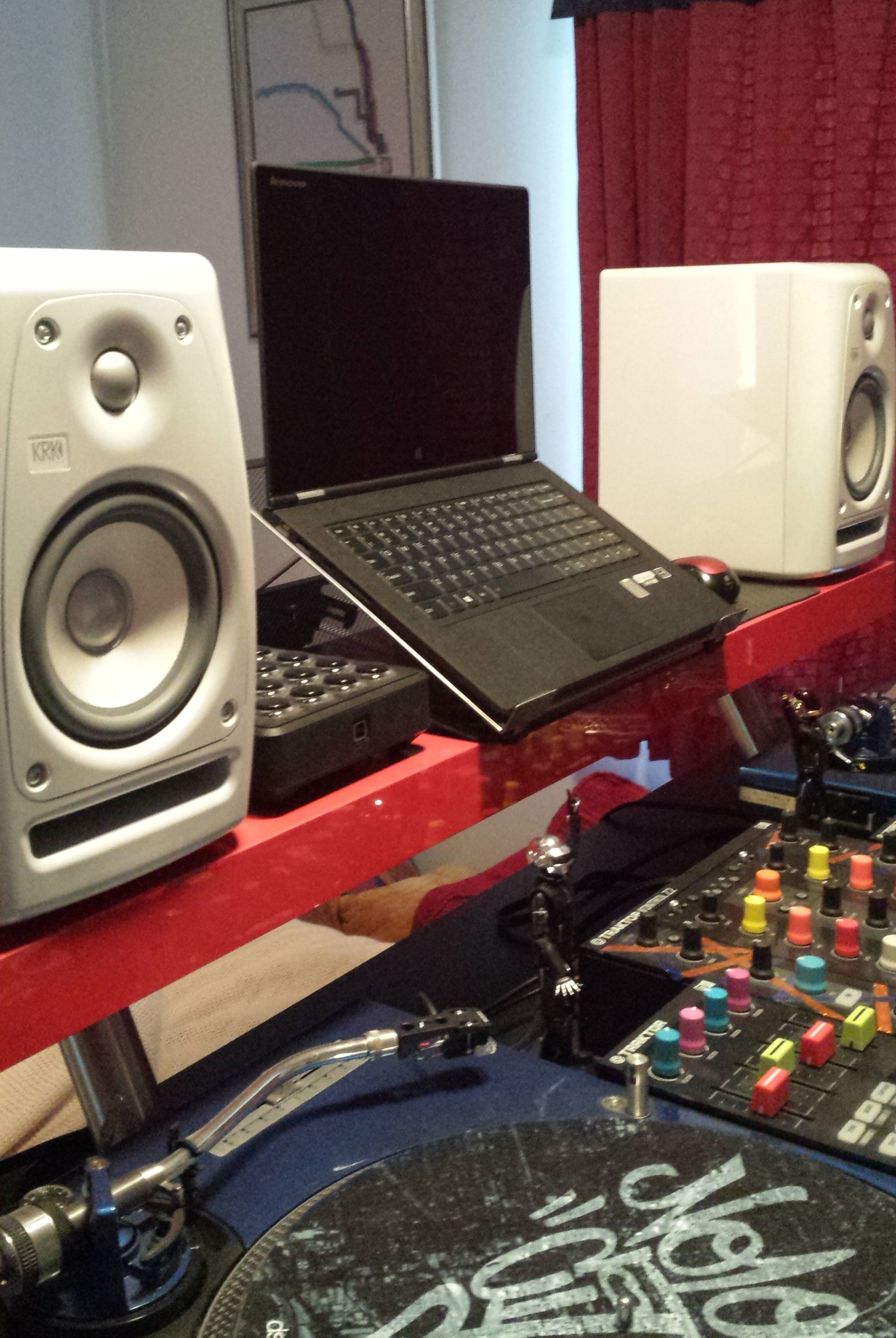 My decision on a digital camera actually took the most time and consideration.  I had been set on a Nikon D5300 with the new 18-140mm lens.  This would cover all my zoom range and still have 1080p at 60fps, GPS, WiFi, etc.  Then, after much research, I though I’d give mirrorless cameras a go.  The Sony A6000 had just come out to favorable reviews and Amazon had $200 off e-mount lenses.  In the end, I picked up a black one with the kit lens for everyday use, a zoom lens (for $200 off), and a pancake lens for traveling light and sneaking into concerts (I think it can pass as a basic P&S camera with it?).  For storage, I jumped on a stellar sale for three 32GB SD cards.  For storage of the storage and the aforementioned camera and lenses I went with a Streamline 100 (which barely fits everything while managing not to look like a tourist camera bag!) 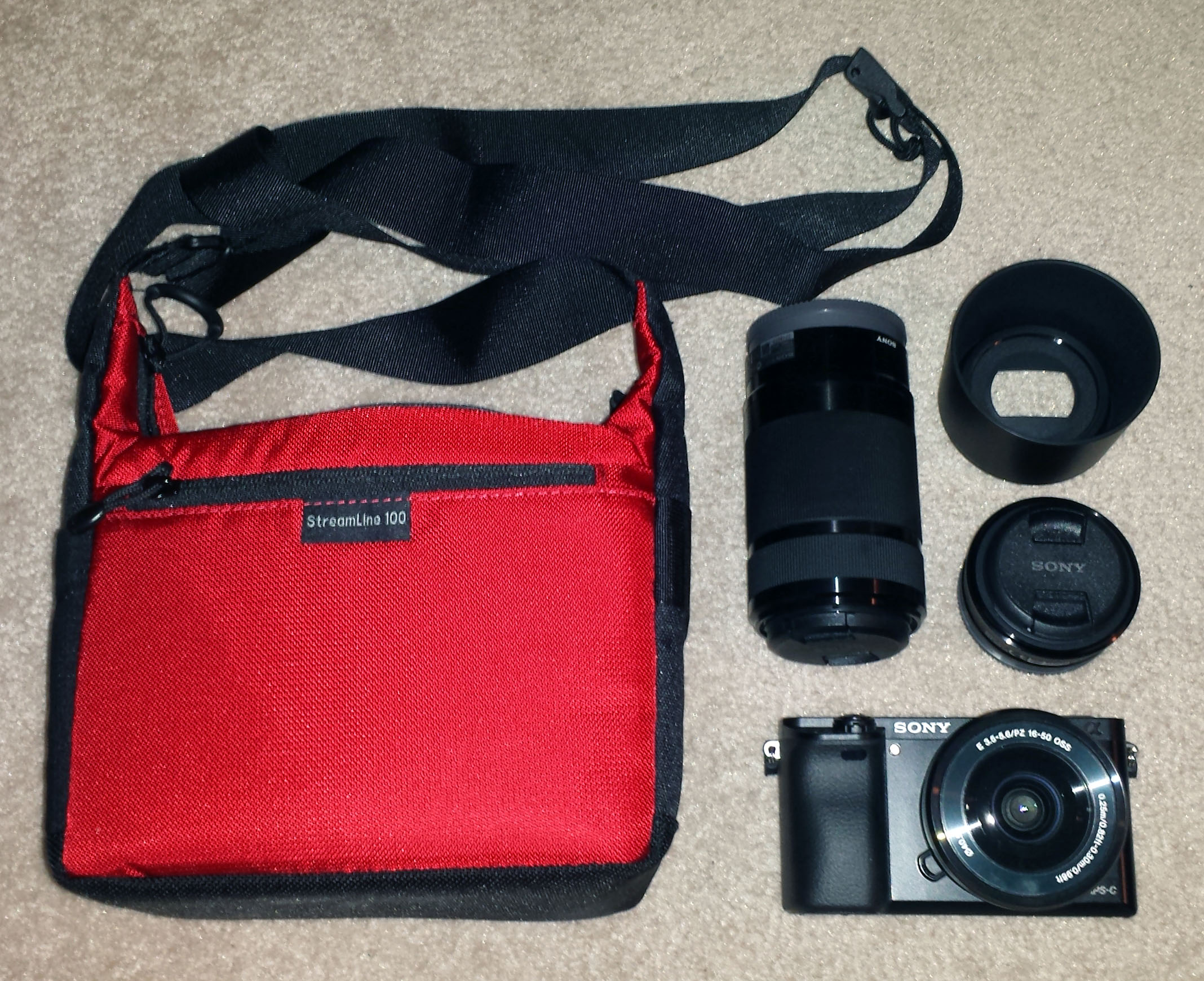 I have used the original GoPro for snowboarding and automotive racing for some time now, so I thought this trip would give me an excuse to pick up a new Black+ edition!  This flagship GoPro can shoot at 4k, so I also needed to pick up an ‘Extreme’ microSD card to handle the shenanigans.  Finally, I’ve brought a monopod (for canyoning and, well, selfies of course!) as well as a moldable mini tripod. 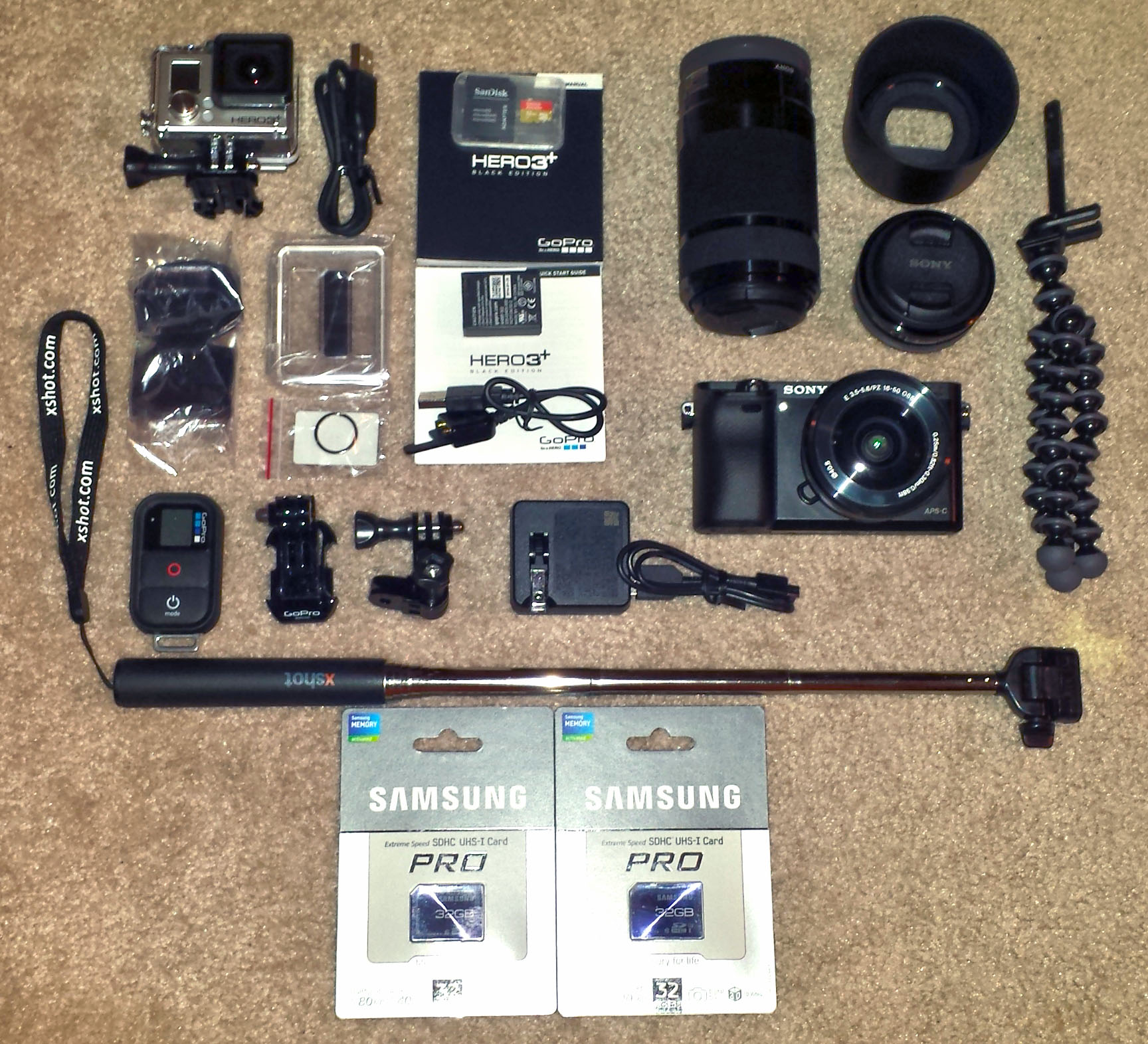 Chargers and such can make or break a trip, so I made sure that I would always have the power as well!: 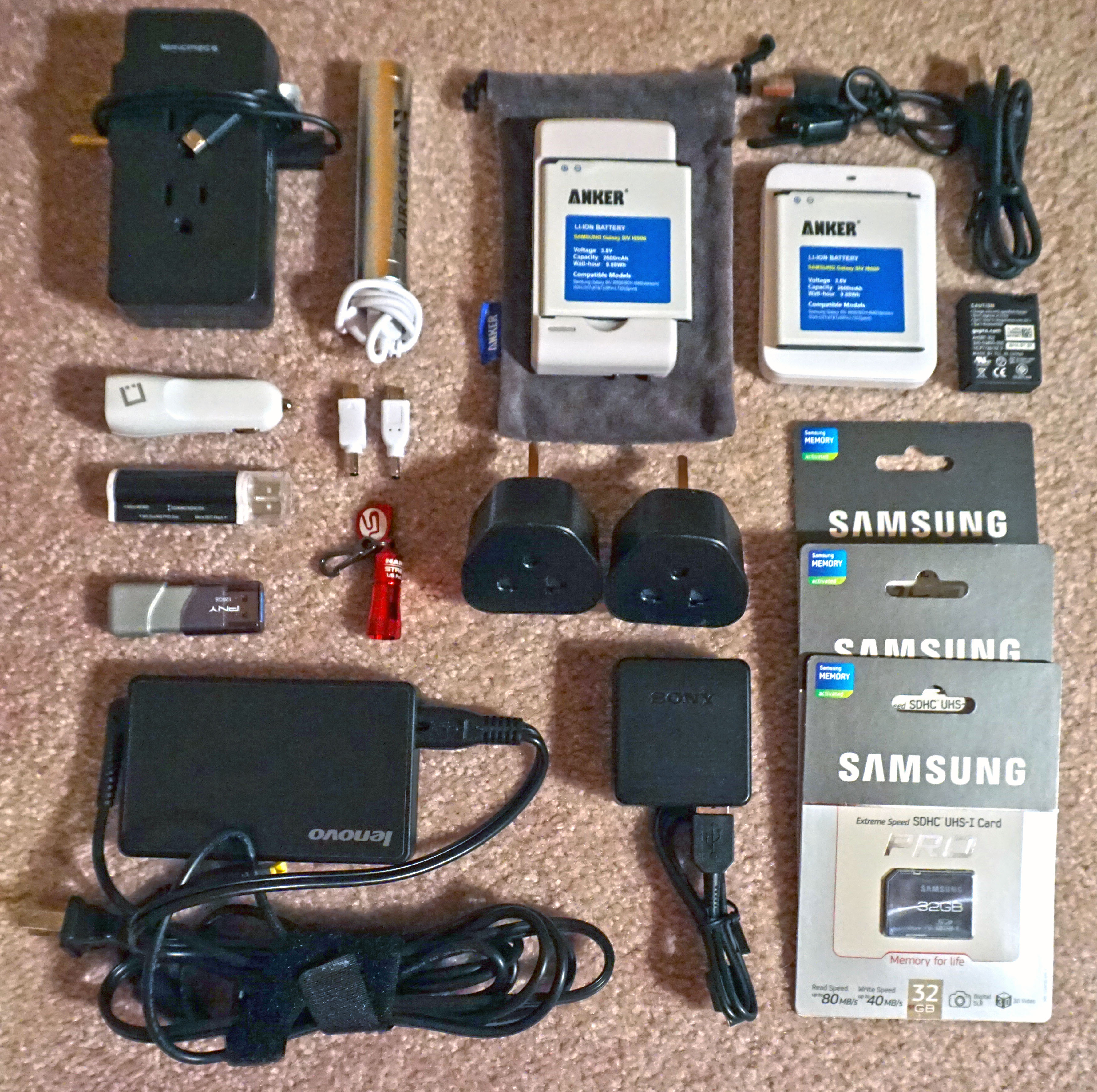 Finally, as an audiophile, I needed music.  I cleared up a 32GB microSD in my Samsung Galaxy S4 for FLAC tracks.  To listen to them, I brought Bose SIE2i’s.  Now typically, I would hate on Bose as they spend much more on marketing than making good headphones, but after much research, these fit the bill.  I wanted to still hear outside sounds (people talking, traffic, animals, etc.) while maintaining decent sound quality.  When I run, I want to ‘get in the zone’, so I also brought some sealed Sennheiser CX685′s.

To protect my hearing I brought some VModa concert-style earplus (which do not just cut off the bass, etc.) as well as two packs of HEAROS sleeping plugs.

I also plan to make friends at the hostels by sharing my jams for preparties, etc. with my Anker Bluetooth (and AUX) portable speaker system!

Oh and I almost forgot, communication is key so I’m sticking with team Samsung on that front.  I’ve also setup a small texting plan for emergencies and put some international data on my phone if absolutely needed.  Obviously hostels, coffee shops, etc. will serve as my WiFi hotspots, but you never know when you’re lost coming back from the club at 5AM and need to figure out where you are!