BzZzz, BzzZZZZ, BBZZZZZ!! The vibrations of my mobile increased as I wrestled to find it. 12:15PM it read. Yes, when you dance until well past sunrise, you cannot rise before noon (/Anchorman: it’s science, it’s proven). To speed up the process of packing, I thought I little ‘hair of the rat’ would help! 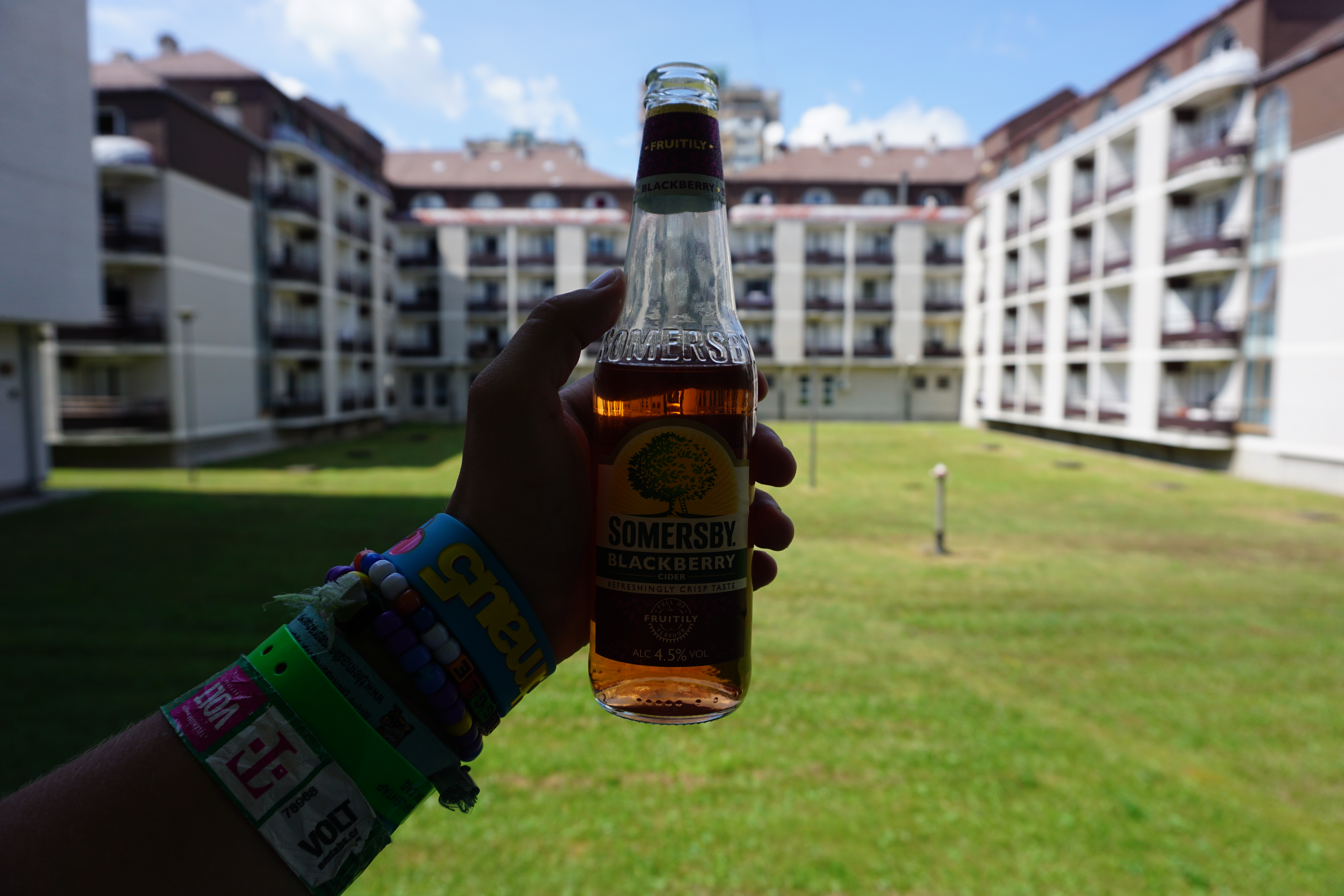 After a bit of cleanup I said some sad goodbyes and eventually checked out. One of the awesome Serbian gals which had been partying and helping us the entire weekend even accompanied me to the bus station, as she also had to purchase a ticket for the following day. As I sat down (this time no knife!), the sadness struck even stronger. I had exited EXIT. But alas, I vow to return again, as words fail to describe the awesomeness that is EXIT. Adding Sea Dance (another 3 days of festing on the beach in Montenegro!) will only further fuel the fire to return!

Now to the boring business to lengthy logistics. Another 1.5 bus ride later and I arrived back in Belgrade. After some analysis I finally figured out the location of the A1 stops and routes. Another .75 hours later and I arrived back in Tesla’s terminals. Having not eaten all day yet, I quite literally inhaled some food before getting to my gate’s security an hour ahead of time (as listed). A few minutes later I found myself in a stuffy room with no food, bathrooms, or just about anything else–so glad I hustled to get there on time! I soon found myself in the smallest seat imaginable, I could not even fit my hand between my seat and the seatback of the person in front of me. 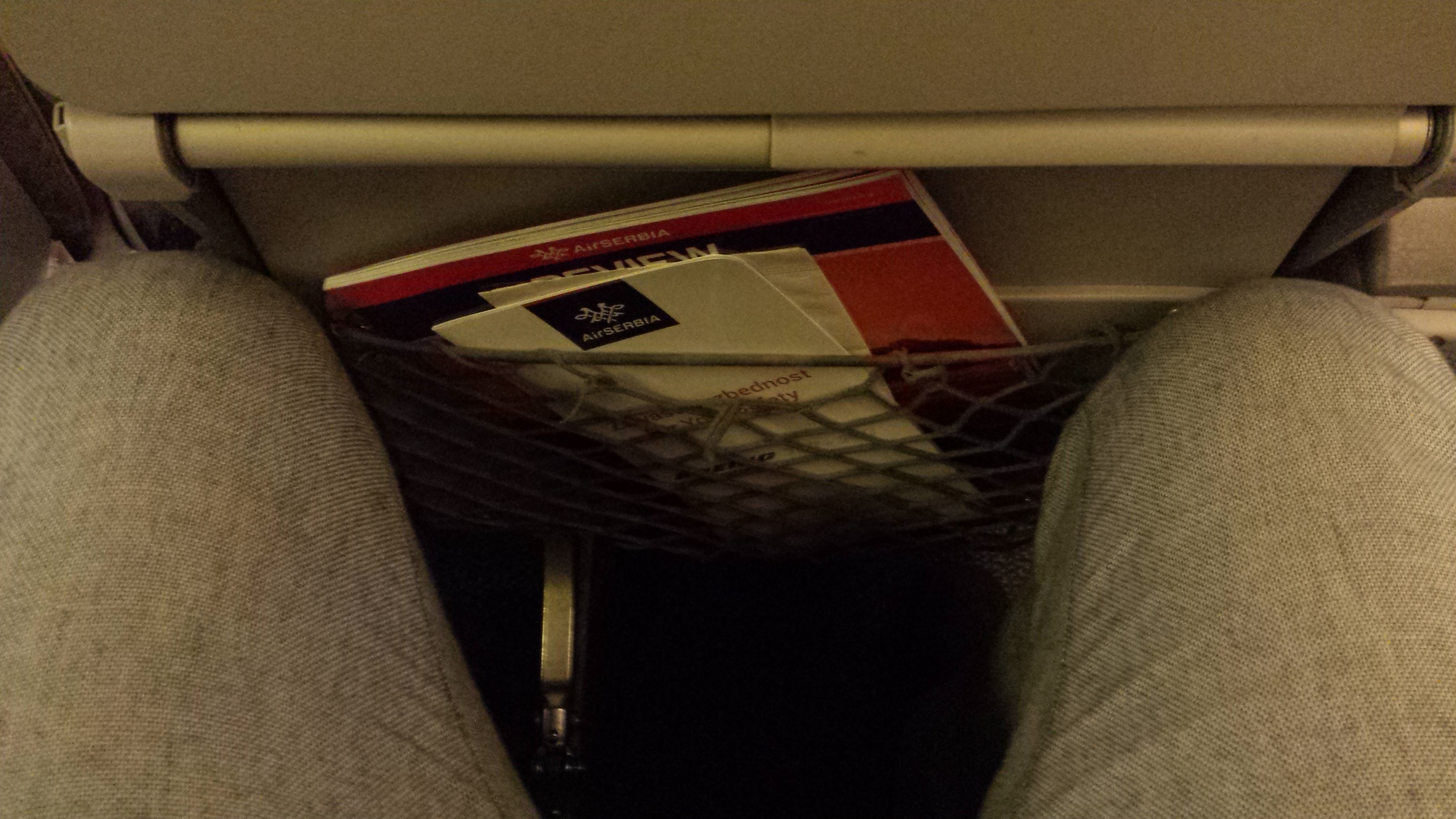 Soon enough, as the Pet Shop Boys sang, I was ‘going west’ again. The plane parked at the gate around 8:20PM. Once again I found myself frustrated with the ticketing kiosk after acquiring my bags. US credit cards are a joke–no PIN, no chip, no dice. I had to use change, but oh wait, I only had bills. A water purchase later, I finally had the ability to give the Swiss my money (oh and with their prices, believe me, it was just the beginning!). I departed the train at Zurich HB and utilized my printed maps to find my way to my hostel. I snapped a few en route: 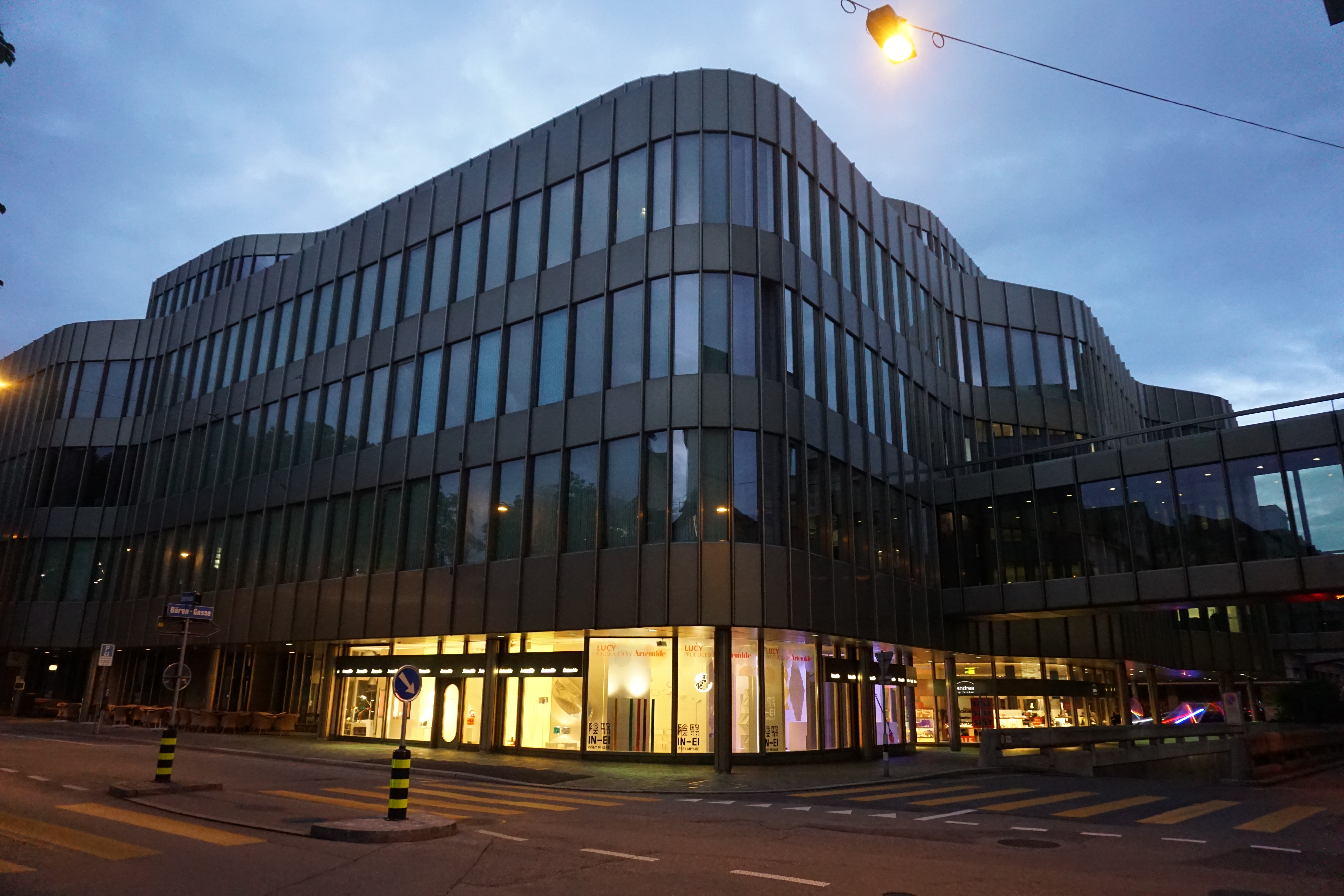 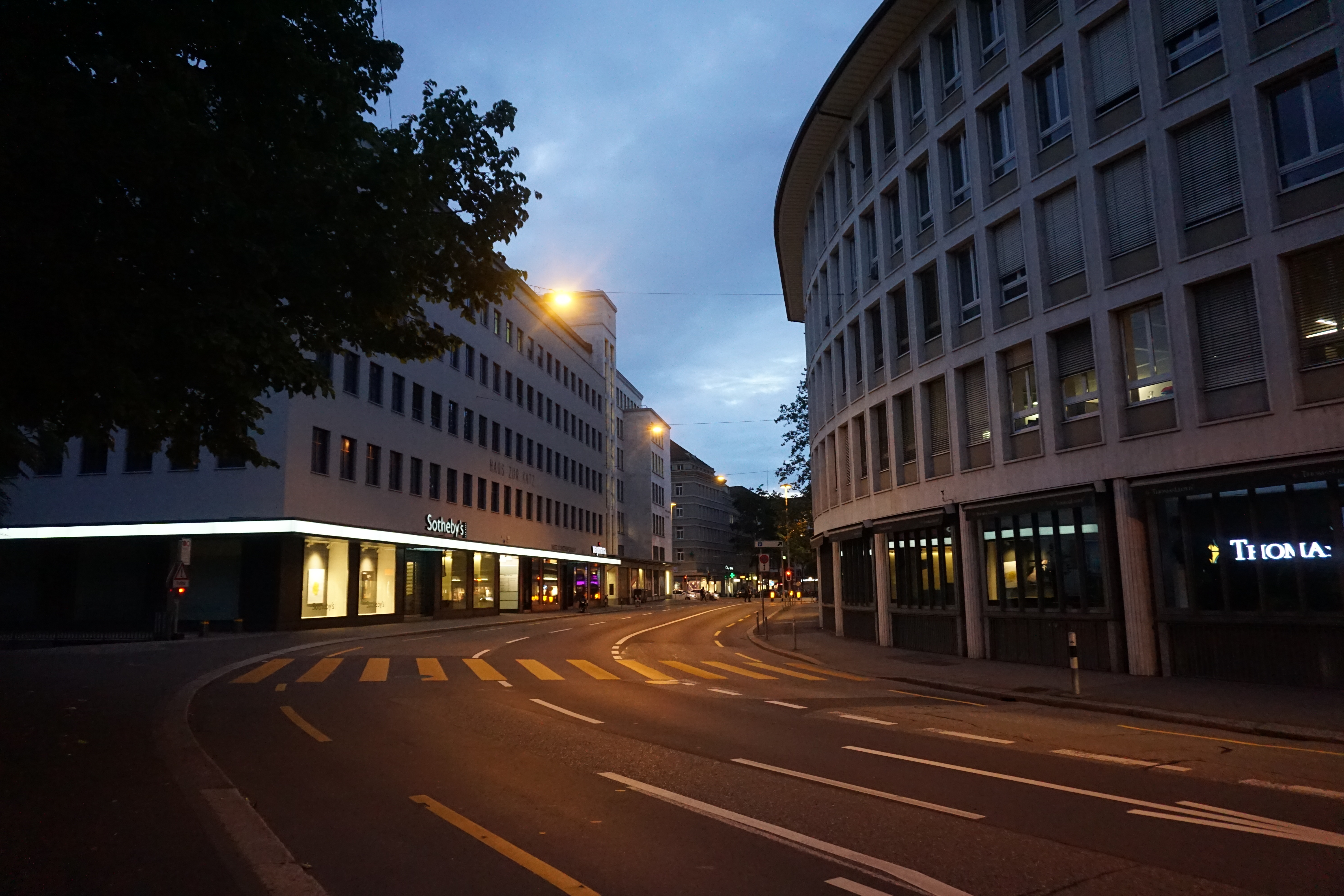 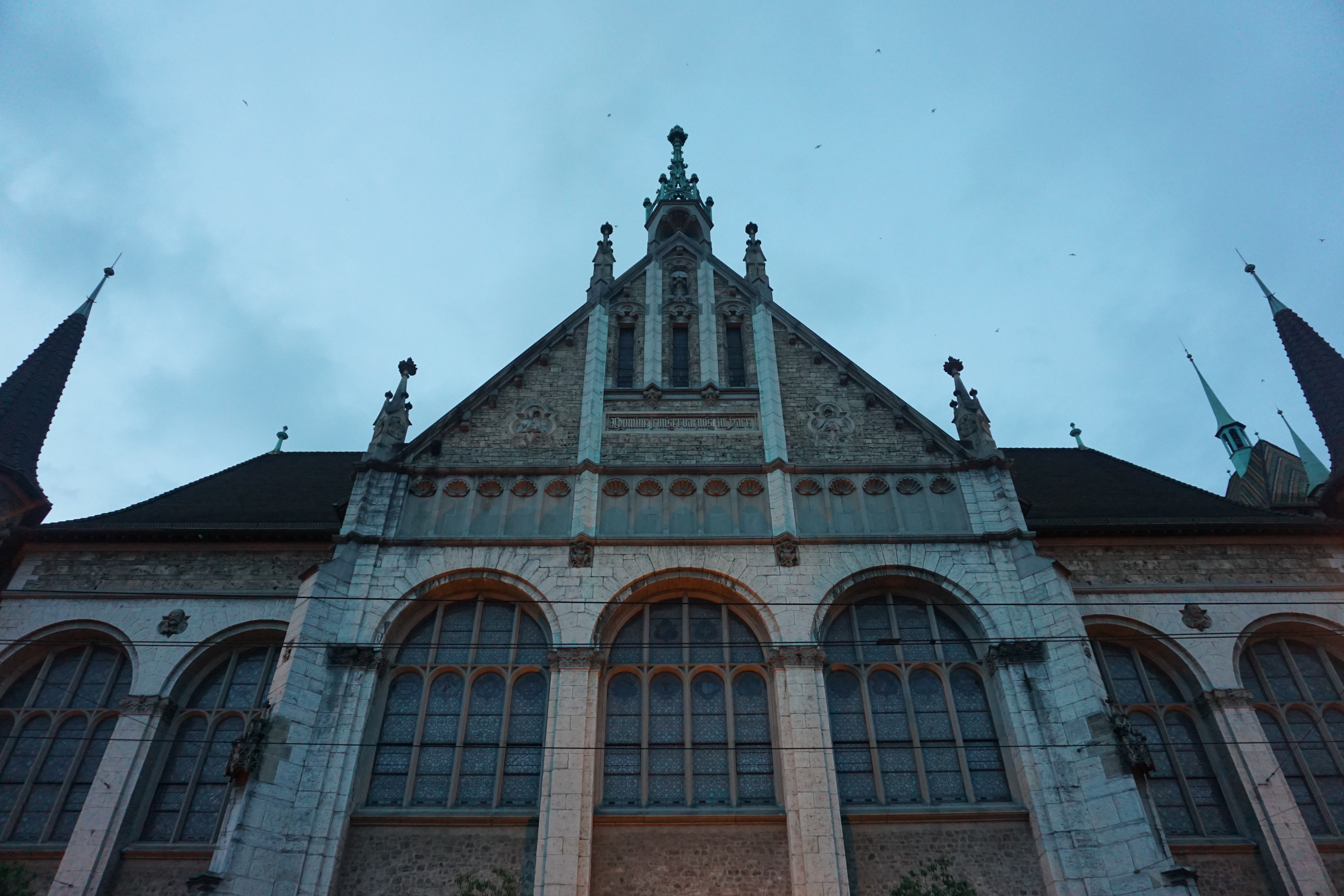 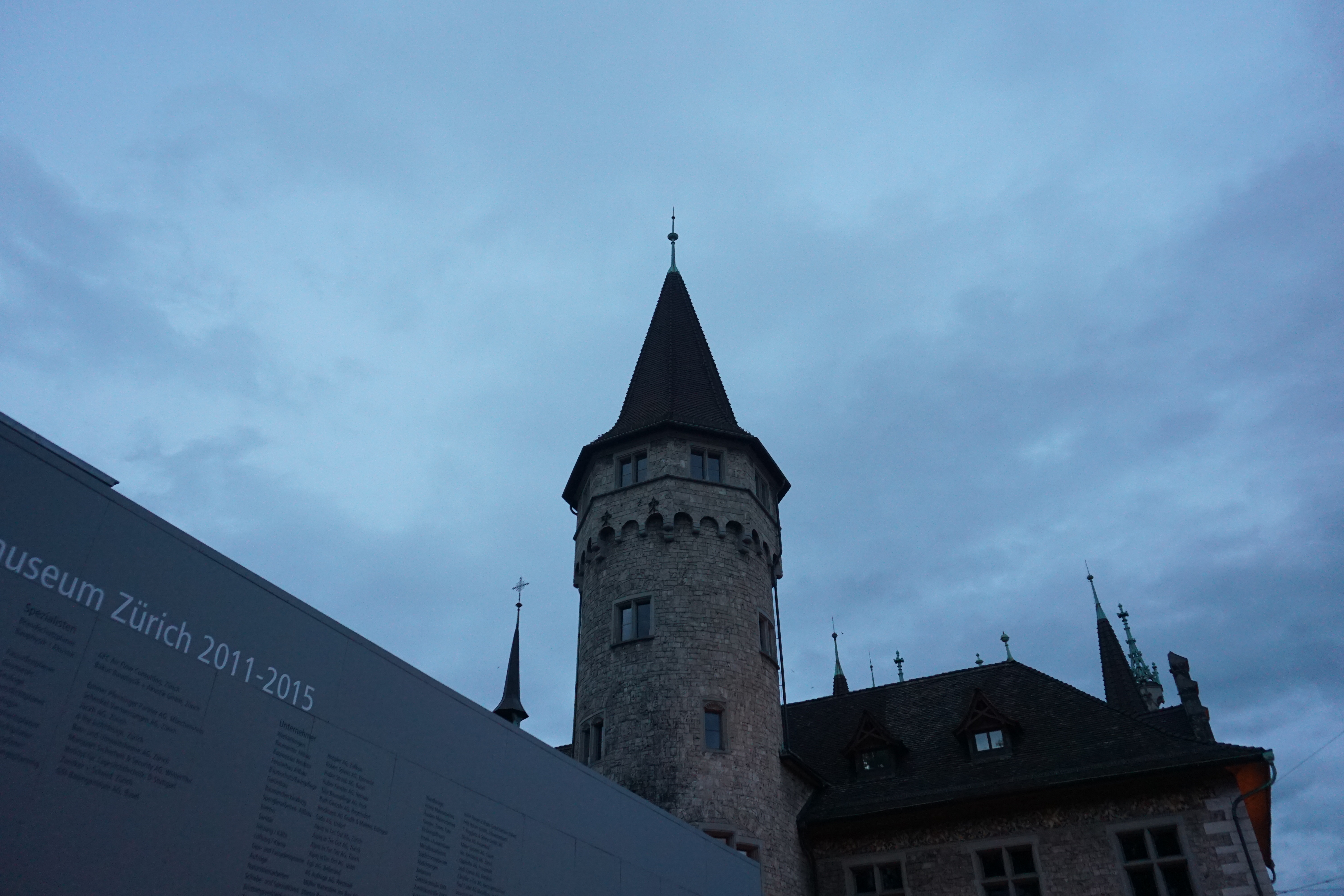 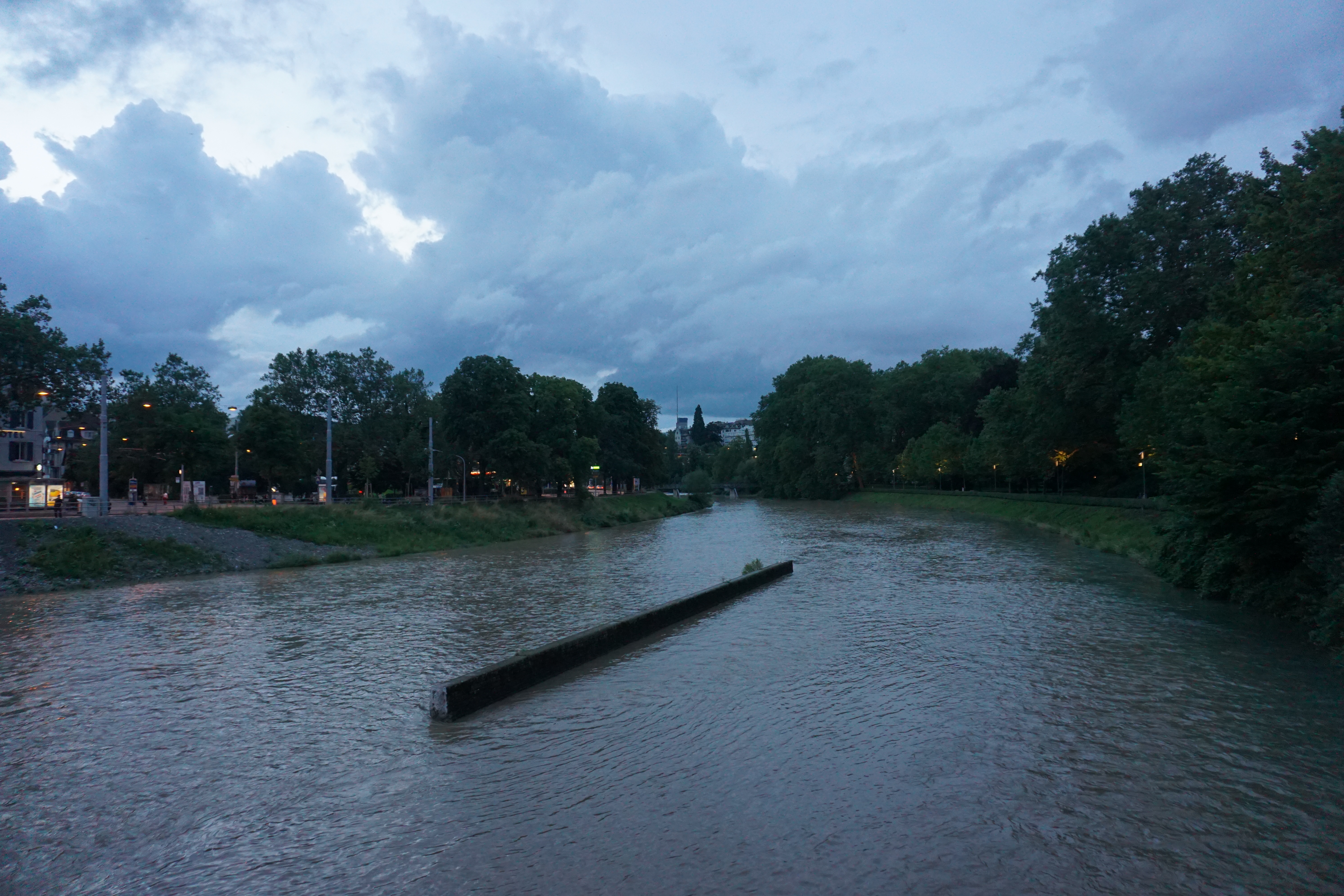 I had thought the World Cup match started at 10PM like the rest, but as soon as I started walking, the shouting told another story. Quickly dropping my bags off, I joined in on the madness. To sum up the night, the hostel manager told me when I checked it, “If Germany wins, they will riot in the streets. The focus point of the whole city will be quite literally right outside our hostel as all of the streets will be shut down. If you plan on sleeping, cheer (silently) for Argentina.”

I headed directly to the huge temporary stadium, bypassing all of the people raging on my hostel’s street (Long Street). 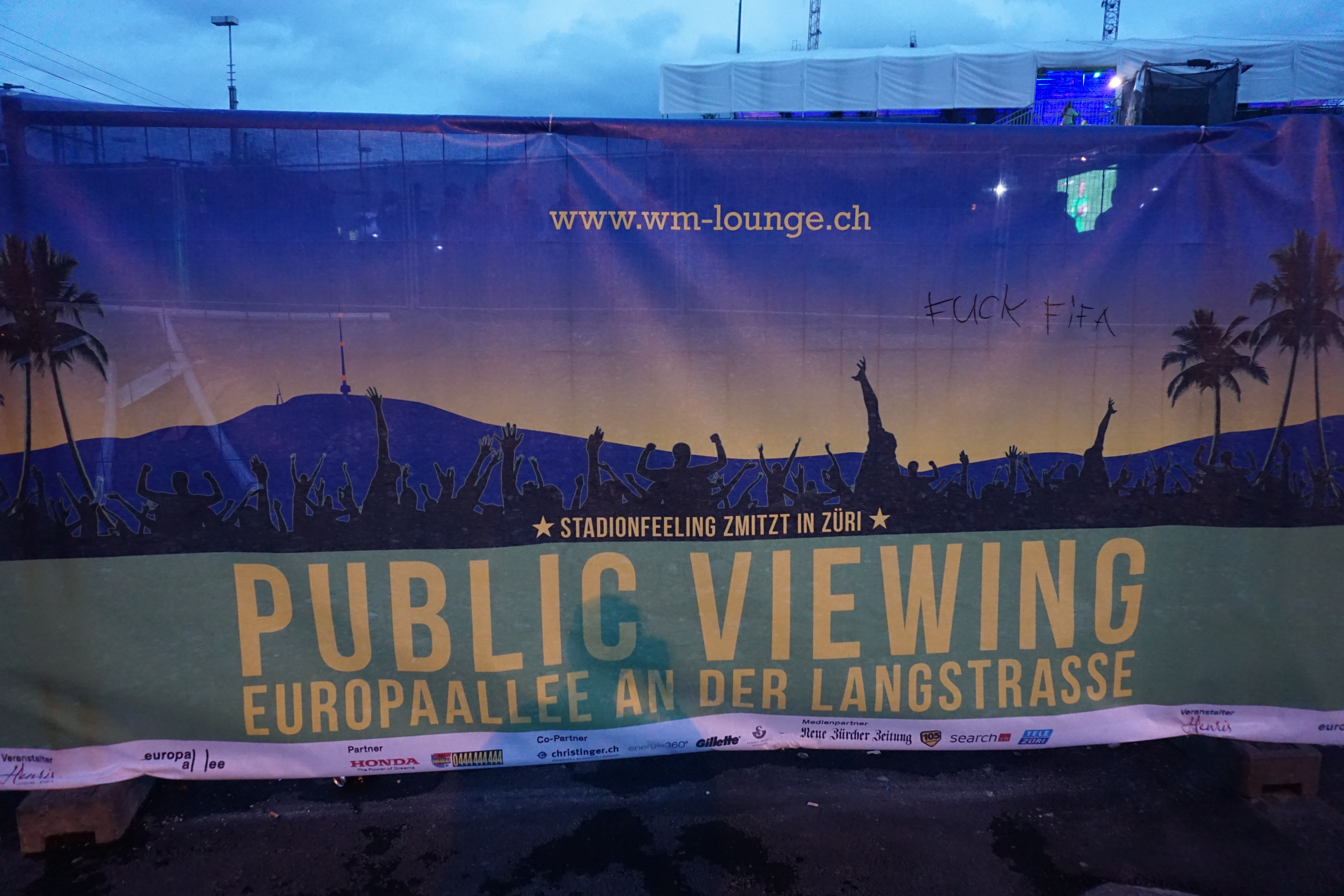 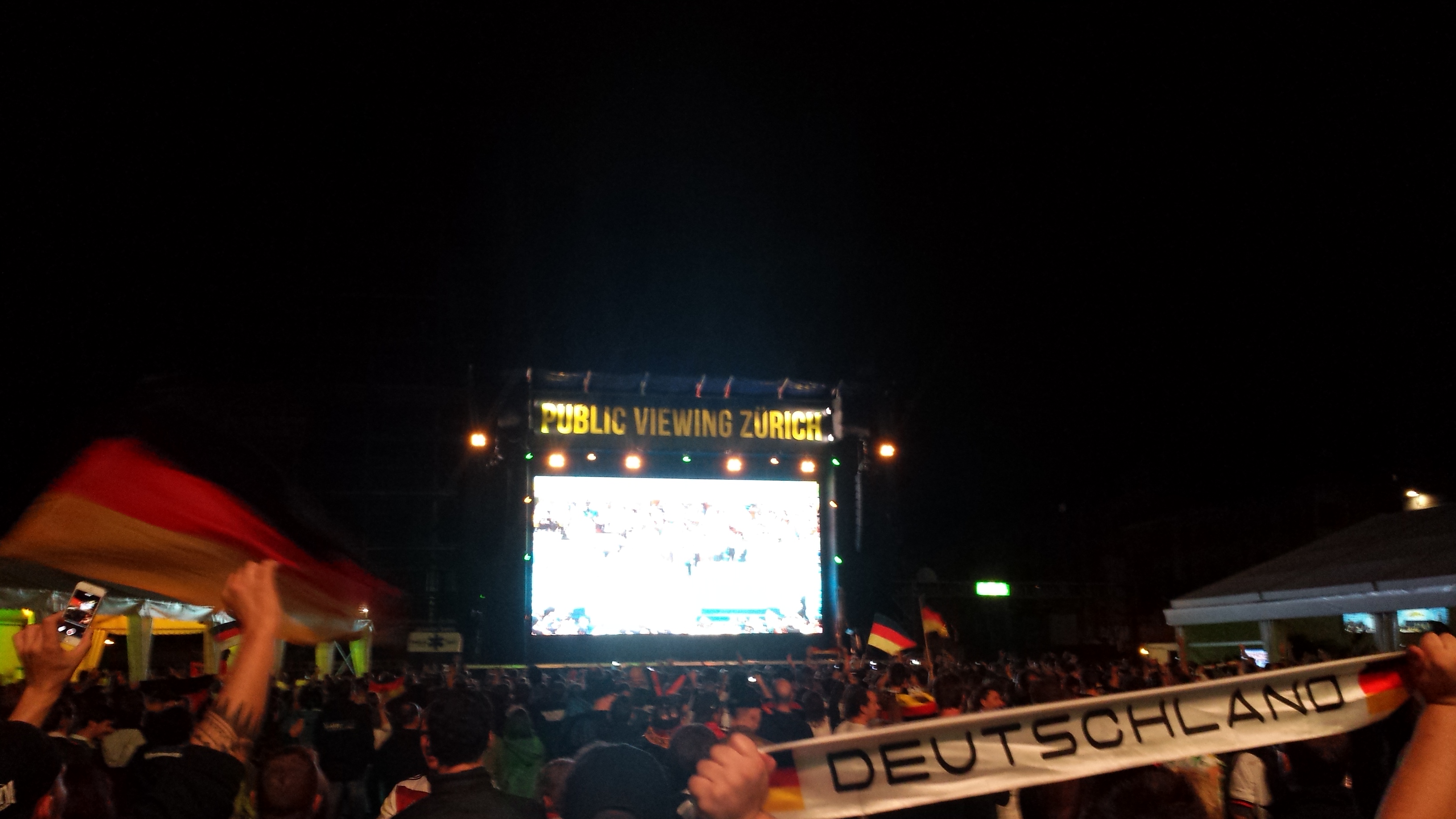 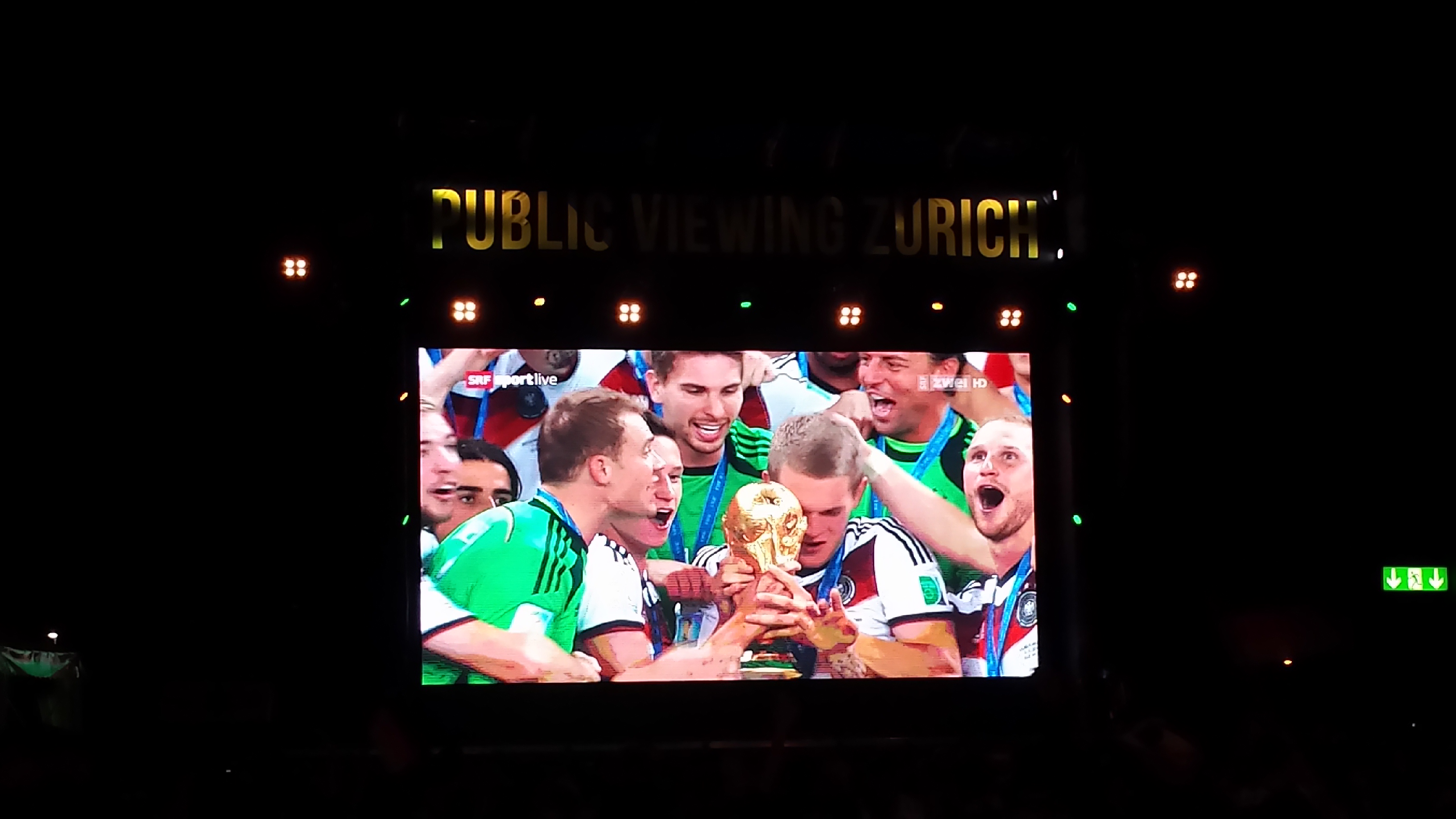 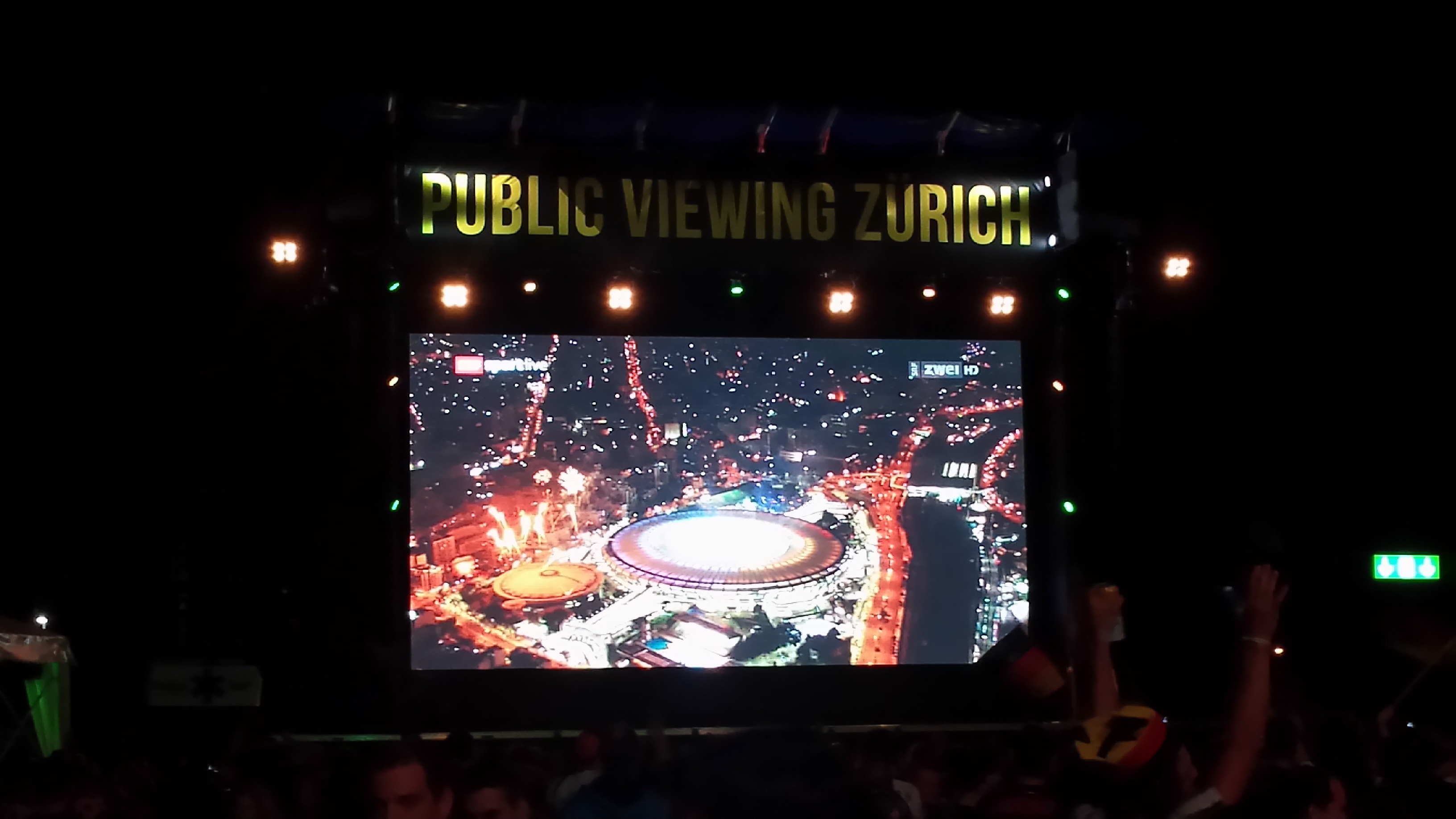 …and then I attempted to get back to my hostel, but the party had already started to get out of hand. Time to grab some beers at the corner store and join in! 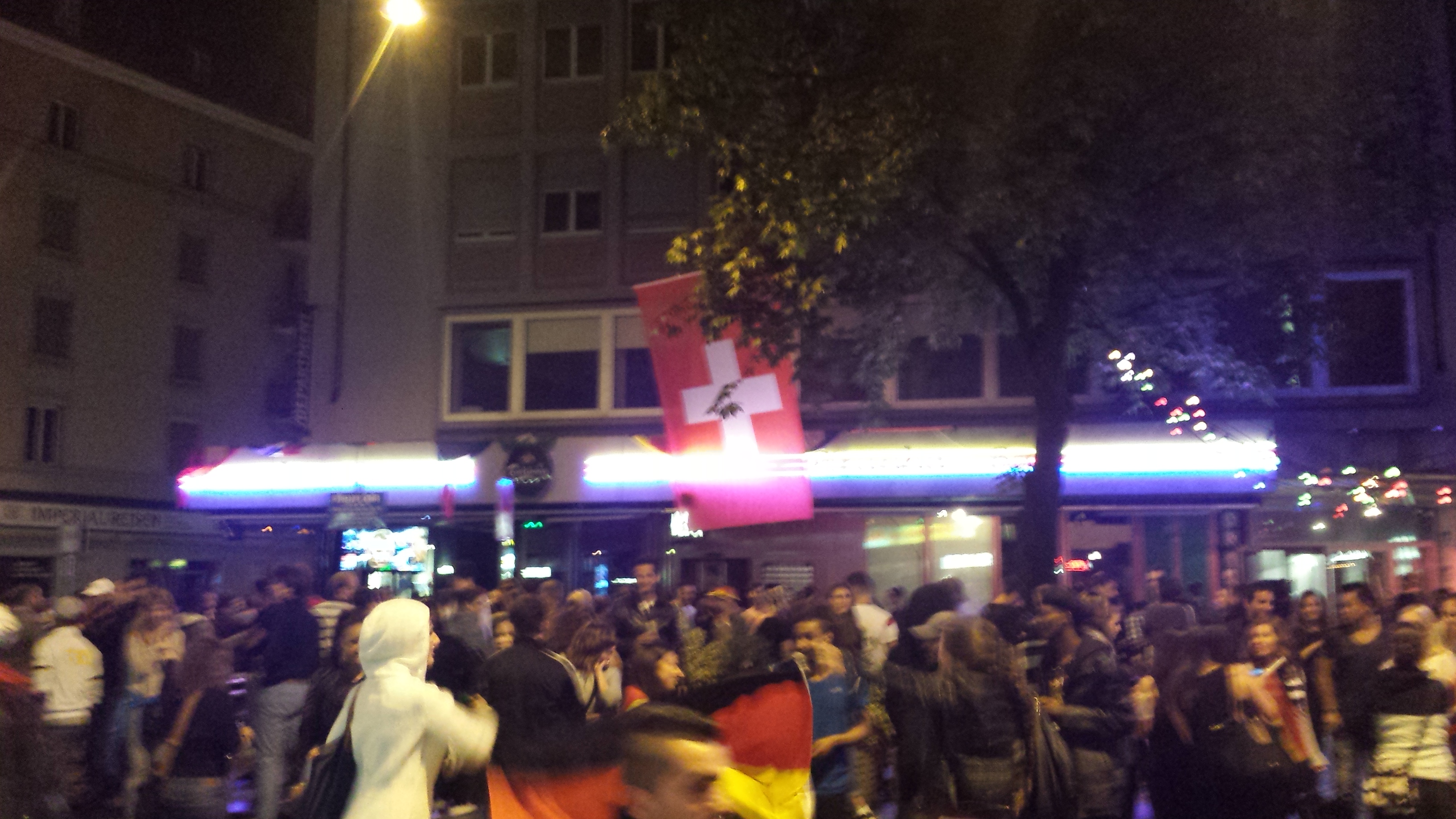 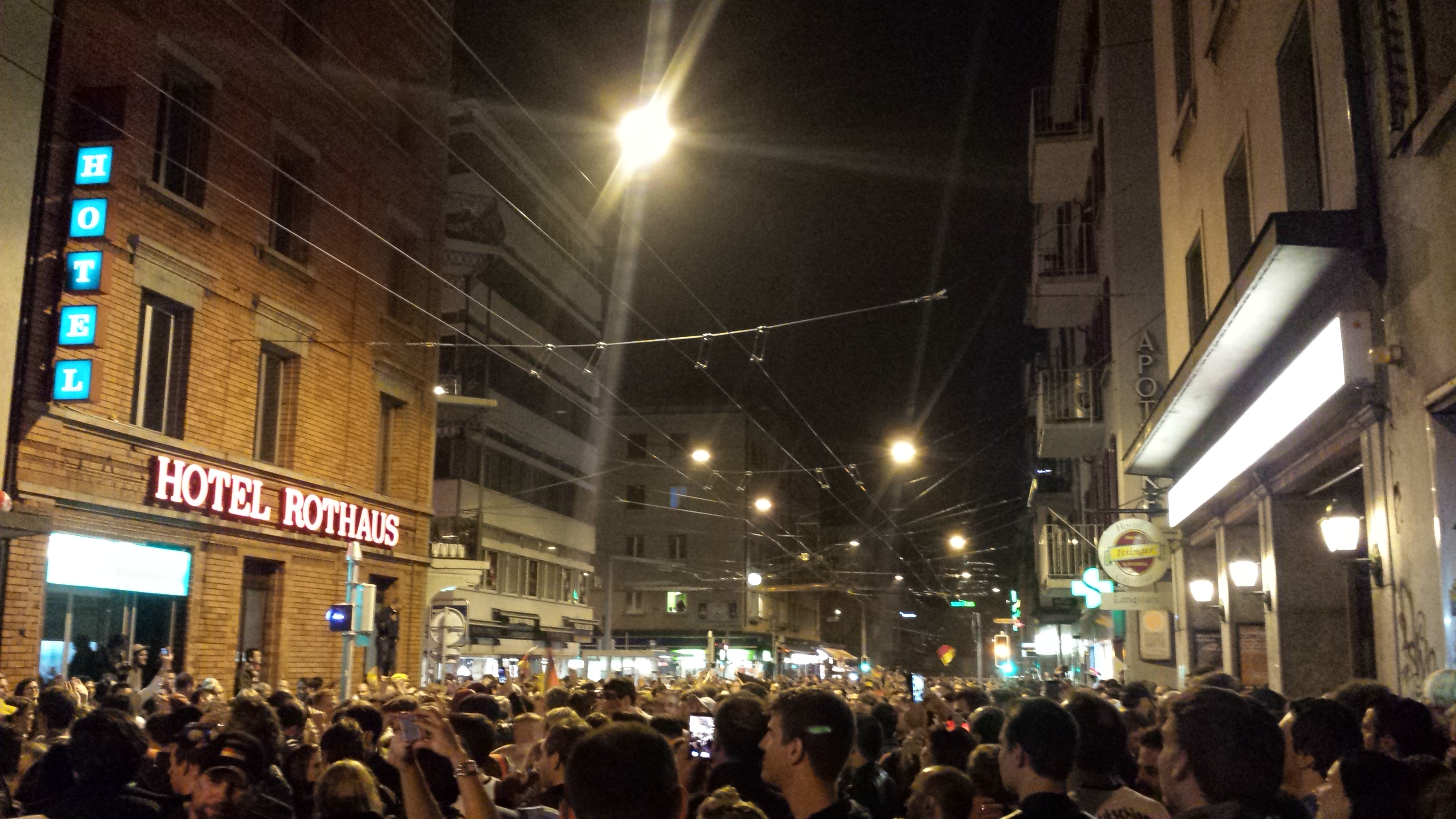 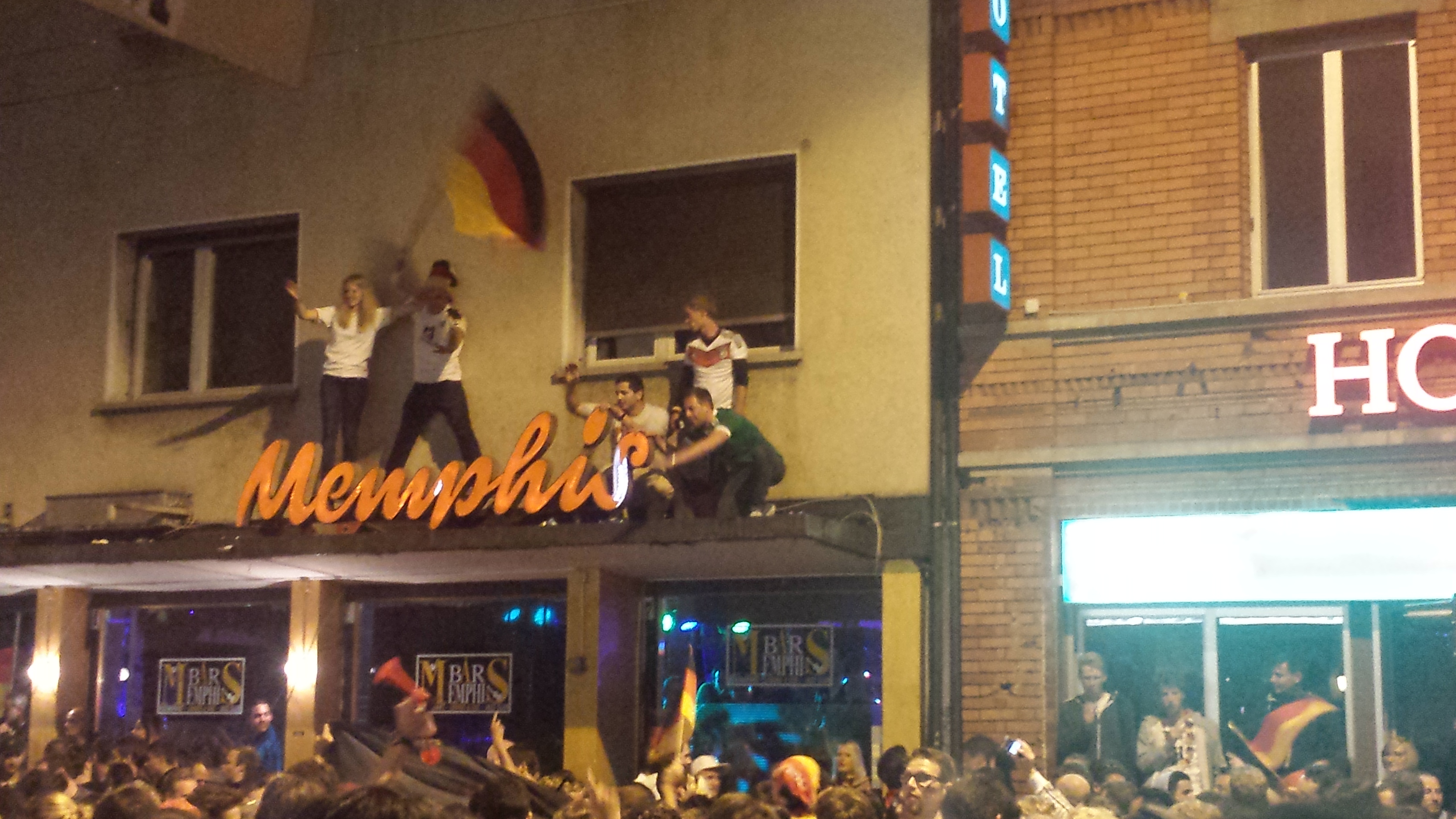 I eventually evaded to celebratory crowds and made it to my room–this was the view! 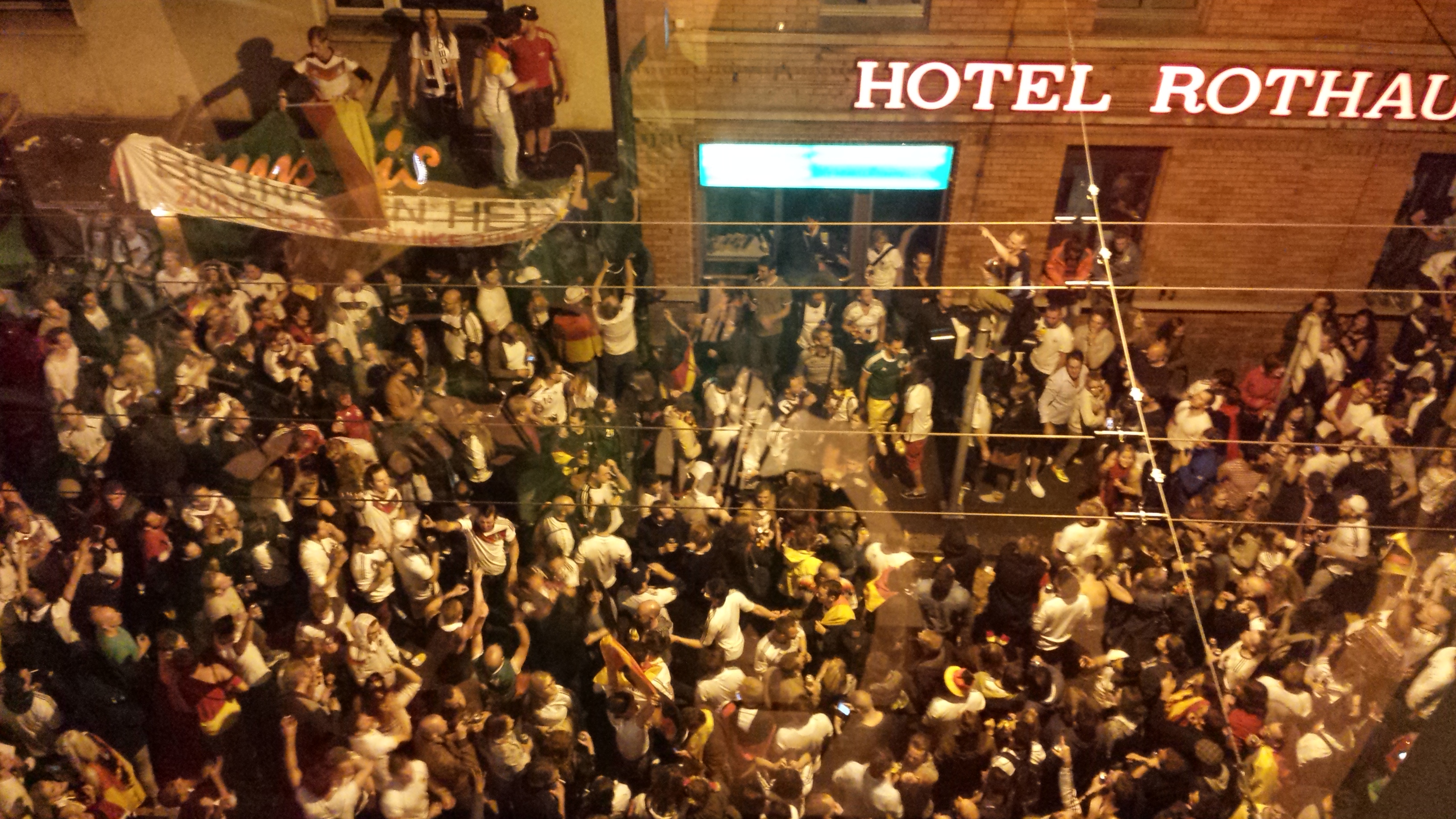 I heard the last firecracker around 5AM at the corner right next to, you guessed it, my hostel! So much for catching up on some rest, haha.